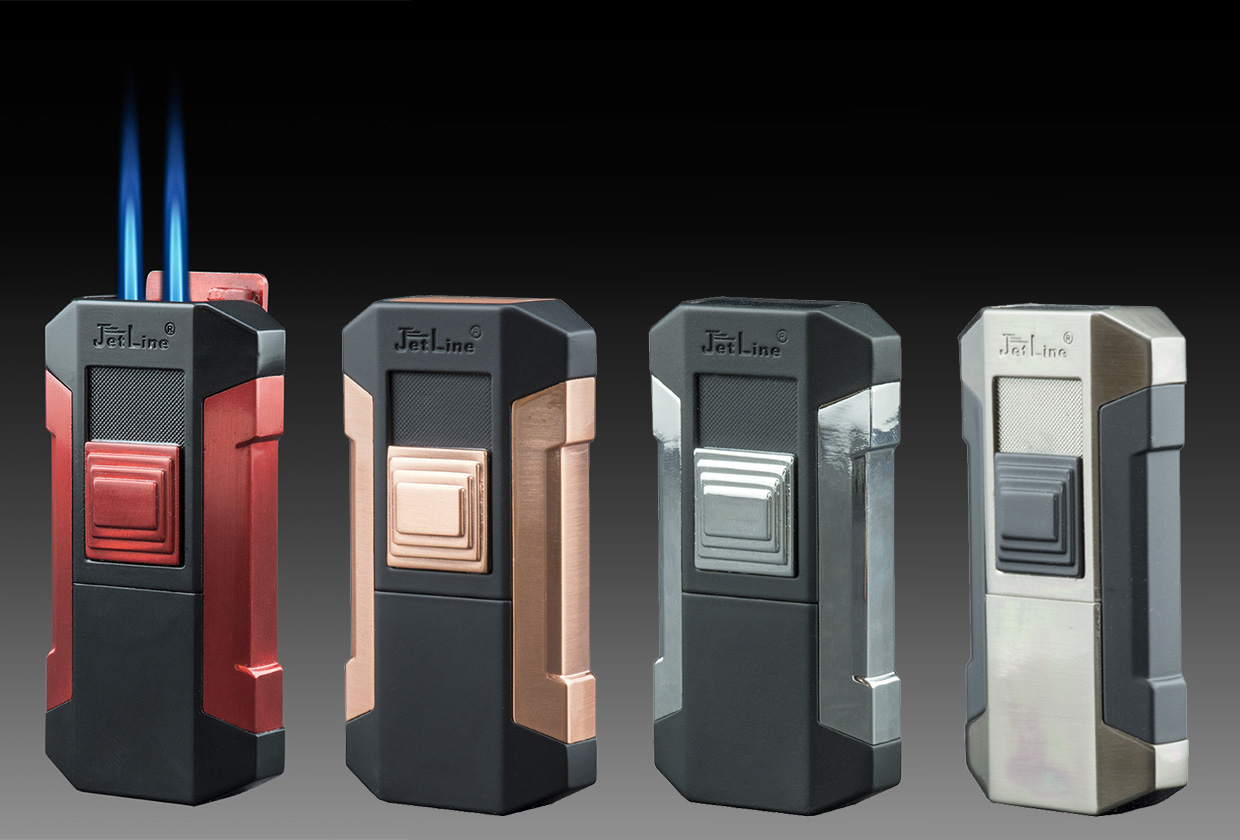 JetLine has begun releasing details on the new lighters and other accessories it will be unveiling at the upcoming IPCPR Convention & Trade Show, and the first new lighter is a dual torch pocket lighter called Luxe.

Offered in chrome, gunmetal, red and copper, the lighter offers a push up, single action ignition as well as a pull-out tab adjuster on the bottom to customize the height of the flames.

It is priced at $39.99 and will begin shipping in either July or August.