There are two new products front and center at the Quesada booth this year. One of which has been sold in the Spanish market and the other product is an updated version of a blend that debuted 10 years ago and has had multiple incarnations since then. The booth for Quesada is brand new for the 2019 IPCPR Convention & Trade Show, but Manuel Quesada, president of Quesada, told me that the layout might change next year. First released in 2009 and not seen since 2017, the Oktoberfest blend has been offered in nearly 20 vitolas, and while most have been Dominican puros, the Plasencia-made versions have been Nicaraguan puros. The newest release encompasses five different vitolas and as with the rest of the line is specifically blended to be paired with Märzen-style beer, a German ale that is traditionally served during the Oktoberfest holiday. 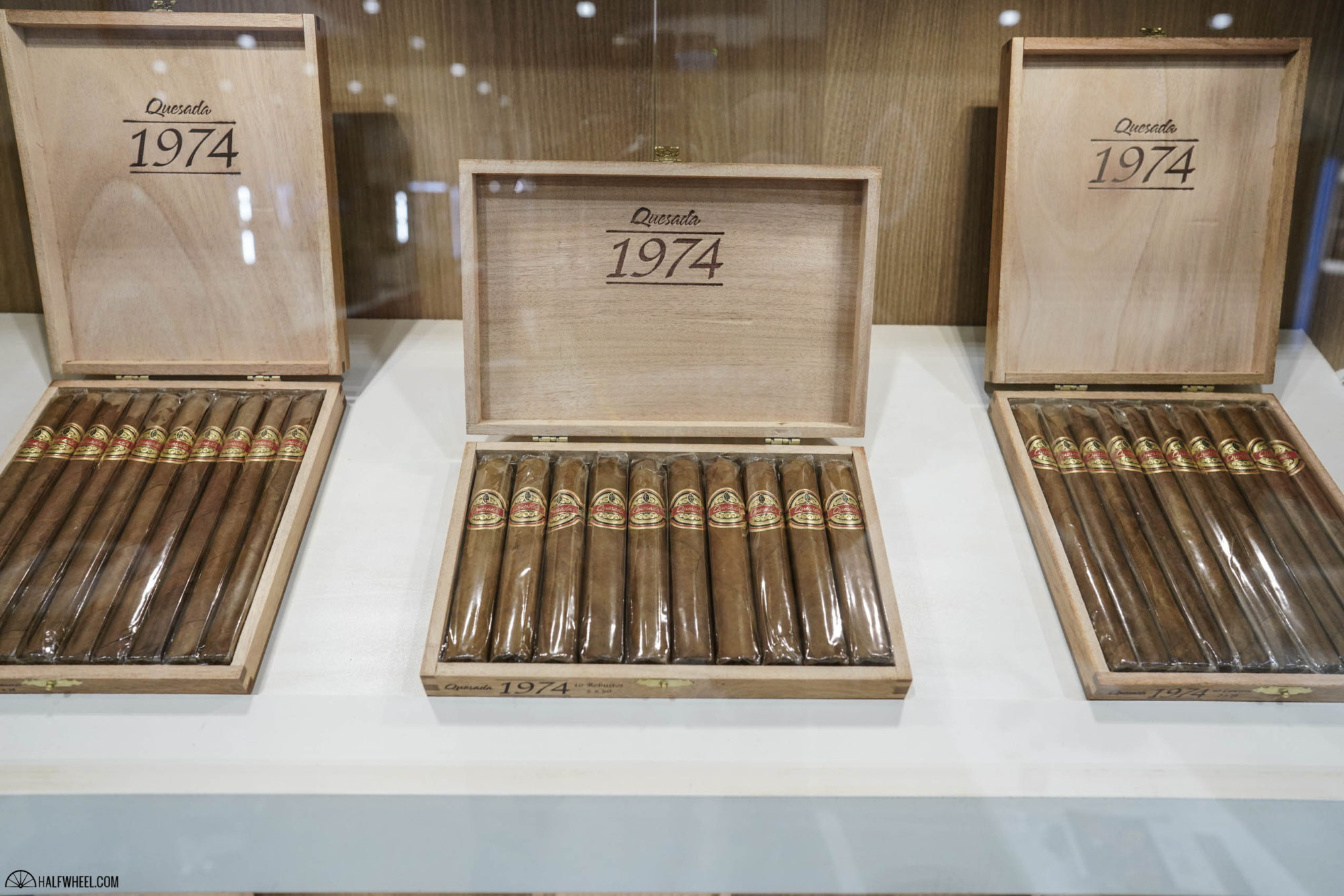 As the name indicates, the sole brand new release from the company commemorates the year 1974, when the Quesada family began its cigar manufacturing after previously working as leaf brokers. For most of 2019, Quesada has been selling the cigar in Spain, where it is priced at €6.20-7.50.