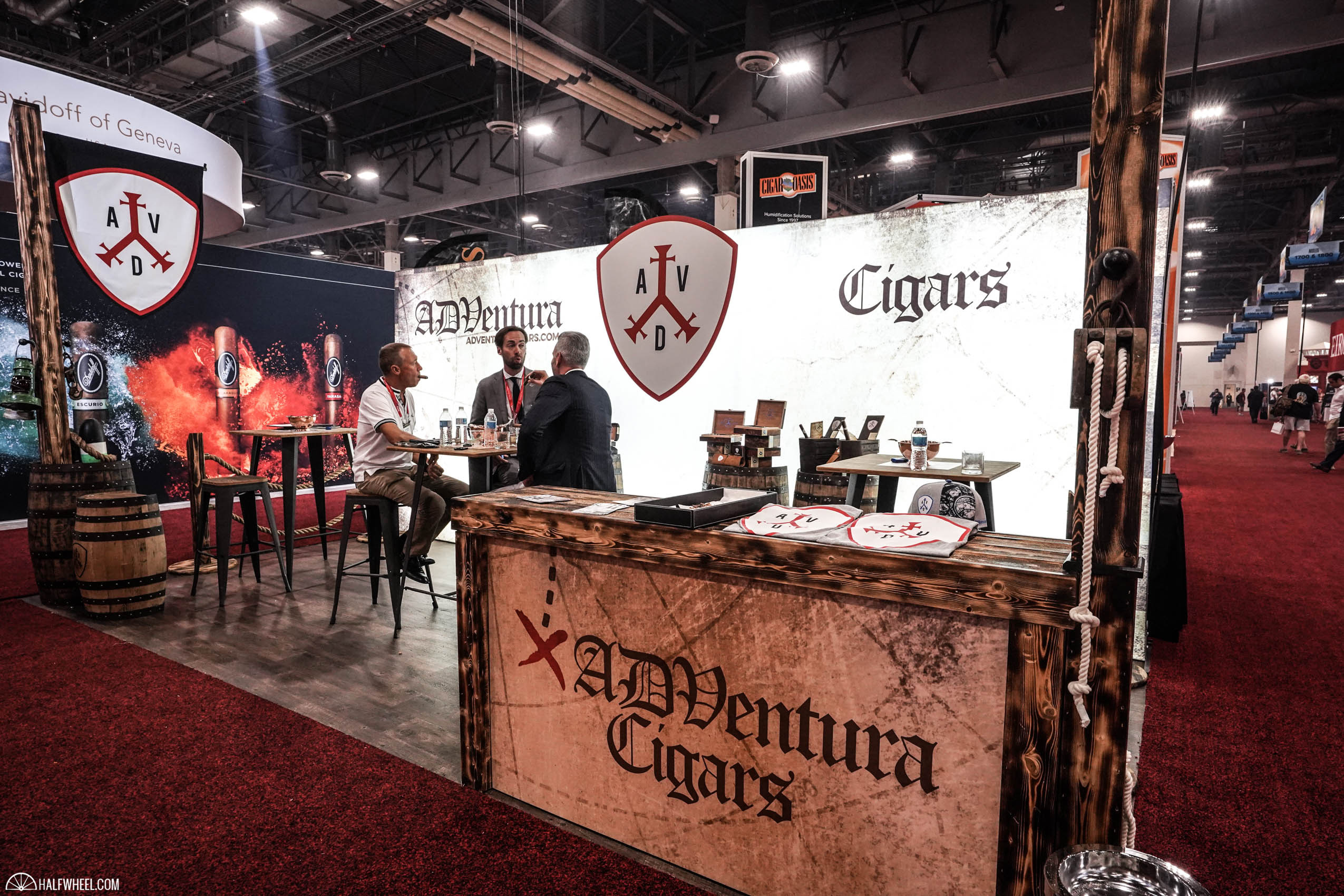 ADV & McKay Cigars made its IPCPR Convention & Trade Show debut with a nautically-themed booth that played into the theme of its cigar lines, that of a seafaring explorer whose journey is chronicled by cigars.

The company was founded in 2016 as a “cooperation” between Henderson Ventura of Tabacalera William Ventura and Marcel Knobel, a Swiss sommelier and coffee producer and retailer. As such, it has had several lines available in Europe since 2017, with a few coming to the United States as well this year. ADVentura The Conqueror
If there was a box that sold its inspiration, The Conqueror did it as well as any on the trade show floor. The line’s cigars come in boxes designed to look like boats, with a hole in the bow for a cigar to replicate part of the spritsail’s rigging. While it’s a new release to the U.S., it’s the third chapter in the series, joining ADVentura The Explorer and ADVentura The Navigator, and each release comes with something to further tell the story, whether it be a map, story or guide.