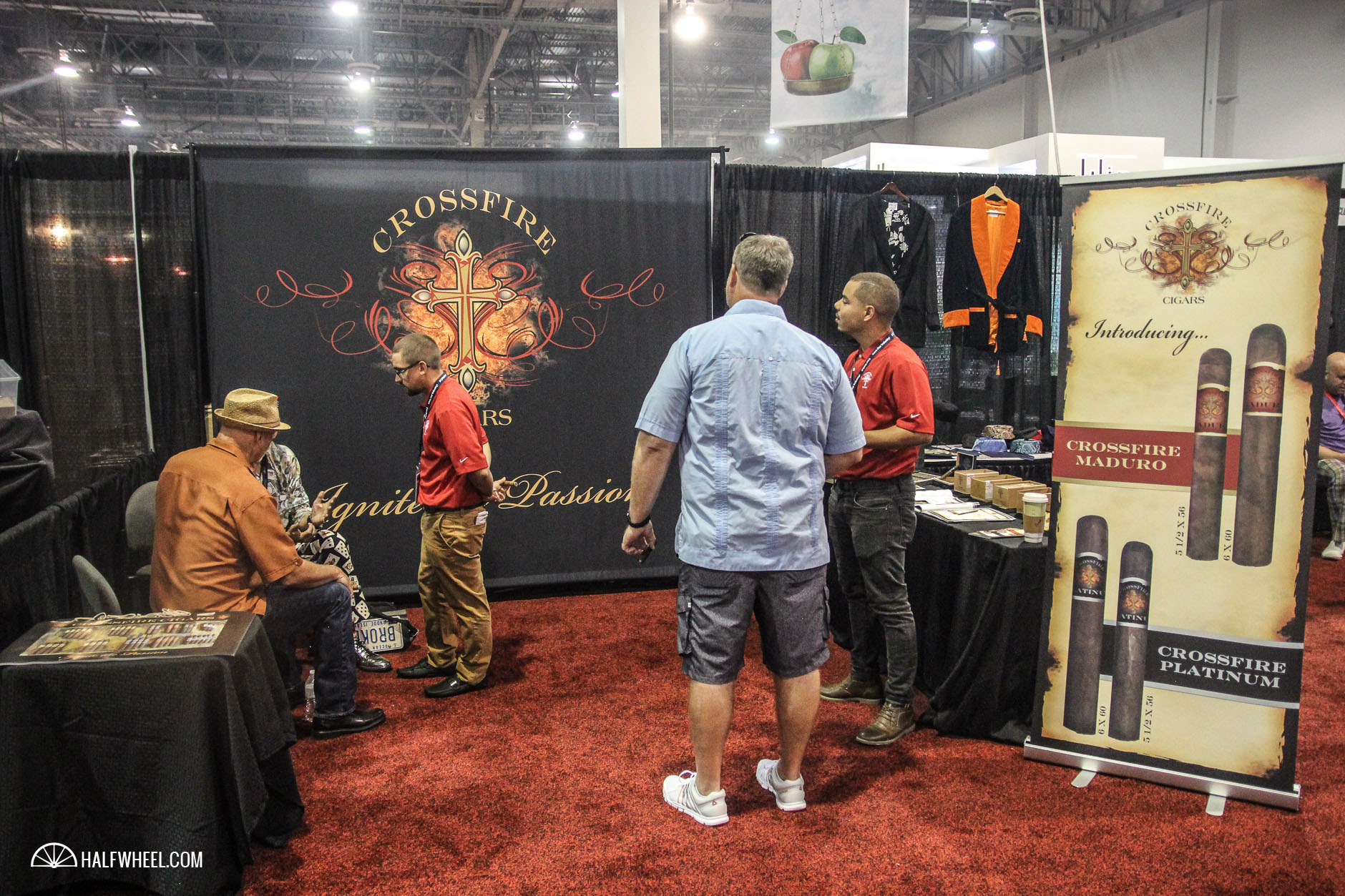 It was a bit weird not seeing Jason Lois in the Crossfire Cigars booth this year, but the company is moving forward and plans to be around despite the uncertainty currently surrounding the cigar industry due to FDA regulation. This year, the company focused on its core brands while also unveiling a new limited edition. Using the same wrapper found on Legends of the Arapiraca, the third edition of the company’s Library Series, this limited edition also uses Dominican binder and fillers but is said to offer a different profile than what Legends does.