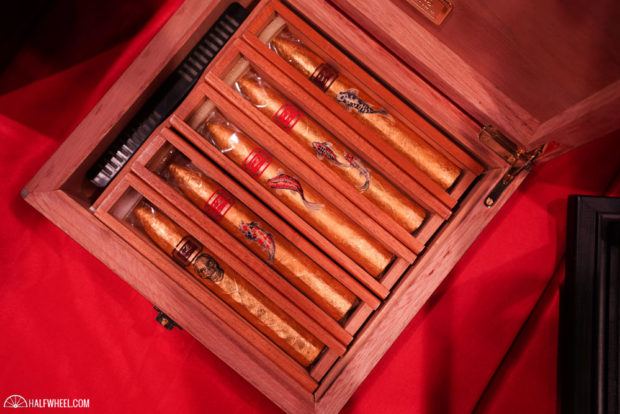 It took me a few attempts to get Daniel Marshall’s booth, each time I walked by Marshall was busy with customers. I will say for a relatively small booth, there are a lot of people working the booth.

The booth itself is the same setup Marshall has used for years: tables with humidors and cigars and staff inside the booth. It’s one of a shrinking number of booths where you are essentially doing business in the walkway. 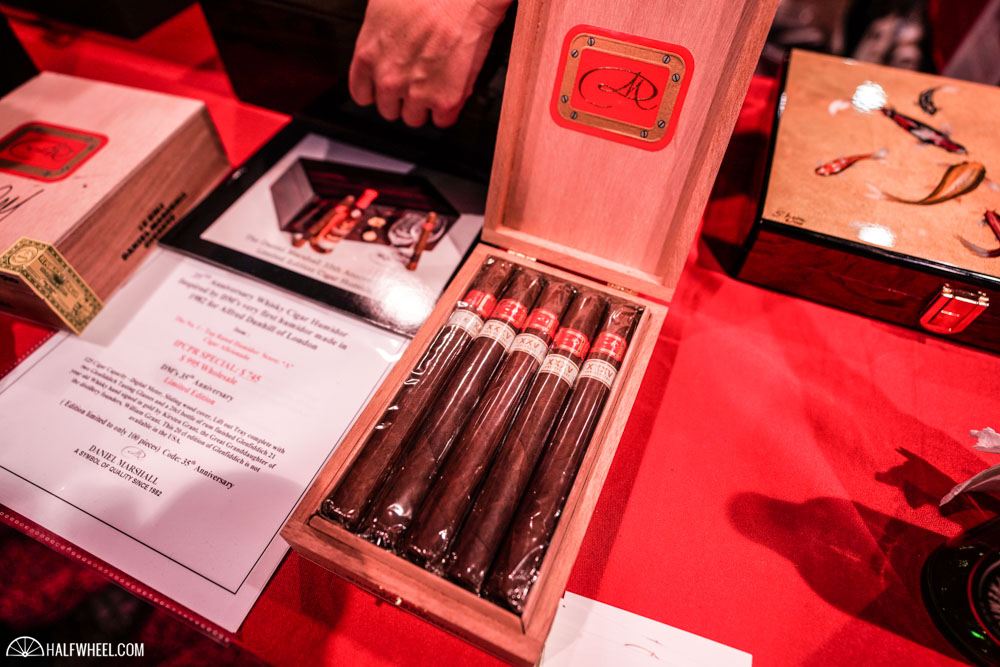 Daniel Marshall celebrates its 35th anniversary last year, but this year is when the cigars are coming out. The company says the tobacco used was aged for five years before rolling and an additional two years after rolling. 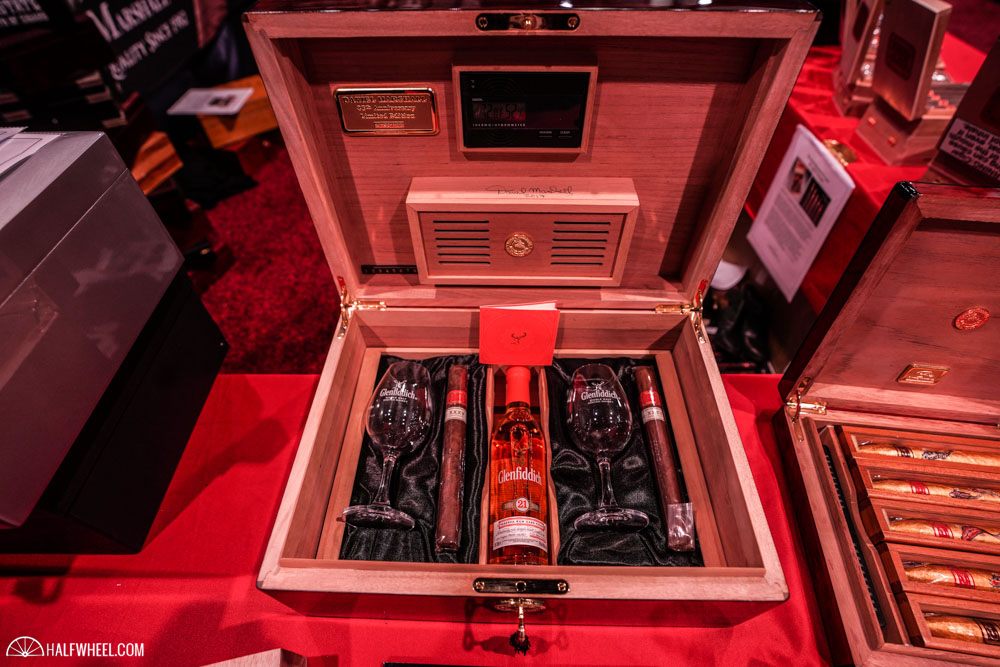 The latest finish to the Daniel Marshall 35th Anniversary humidor series. Like the first batch released last year, the humidors come with special cigars, tasting glasses and a bottle of Glenfiddich. 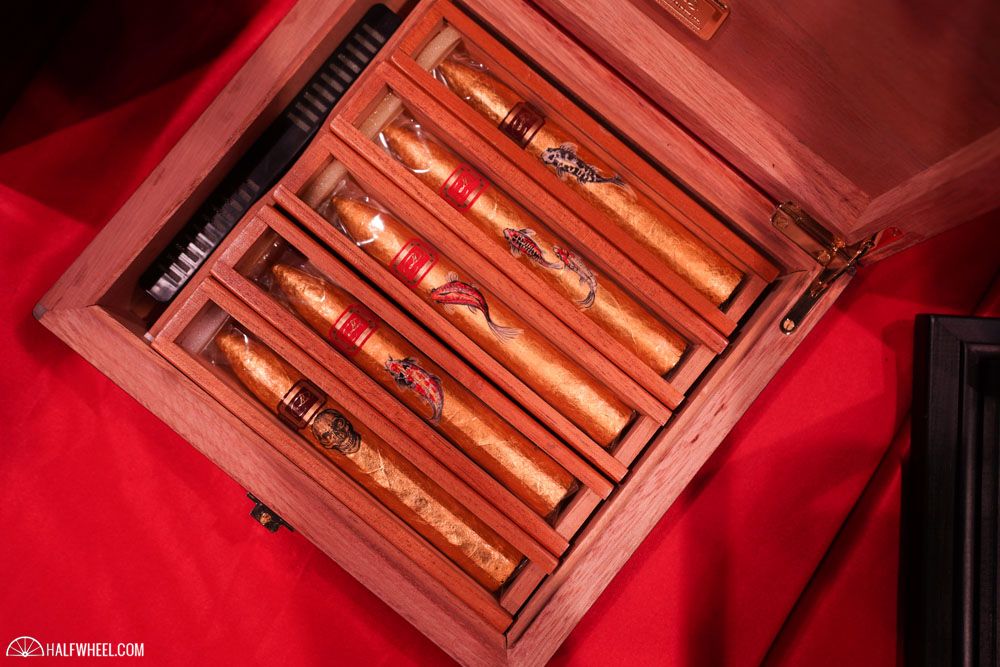 The people in front of me at the booth were actually buying a couple of these cigars and by the end of day 1, Marshall seemed pretty happy with the sales of the cigars. 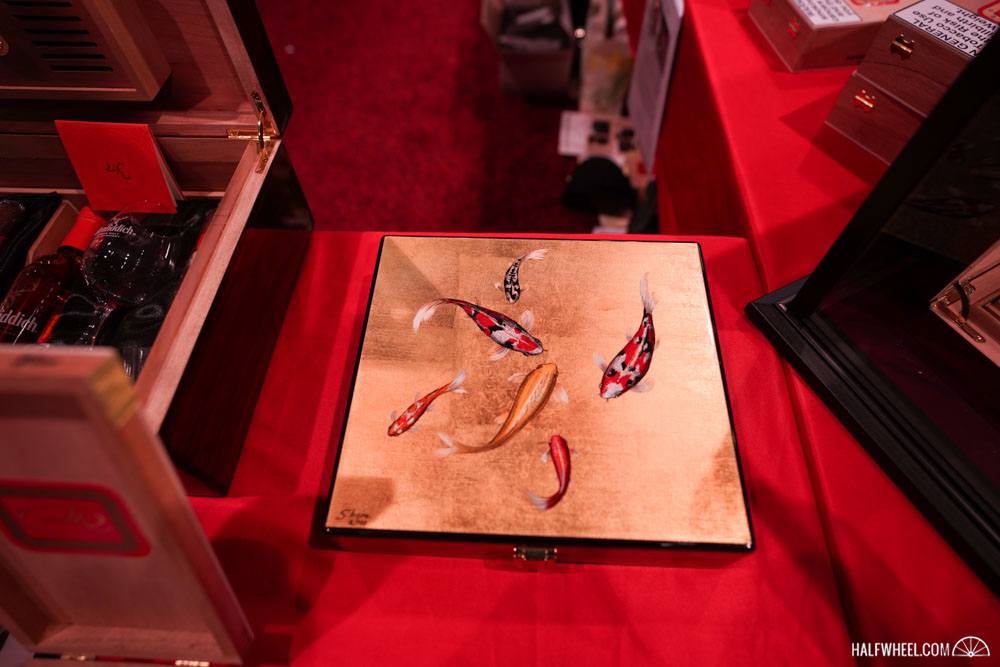 I will say that the cigars look incredible in person, particularly the Termintator-themed skull cigar. 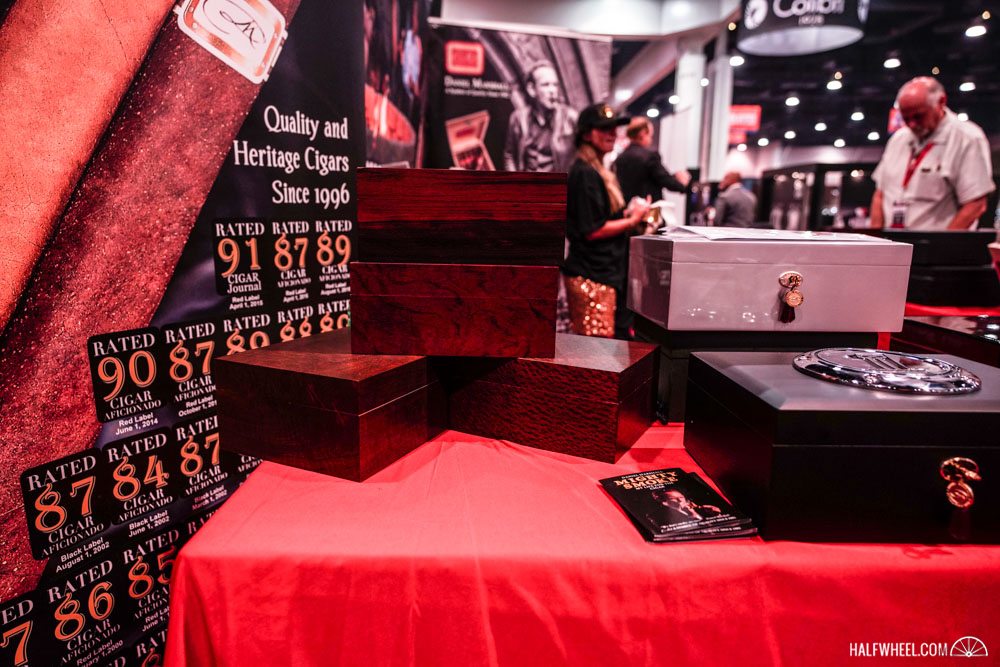 The new value-priced humidors from Daniel Marshall are going on sale. I’m curious to see how it does in a review, but this is a much different market than where Daniel Marshall has been selling humidors. 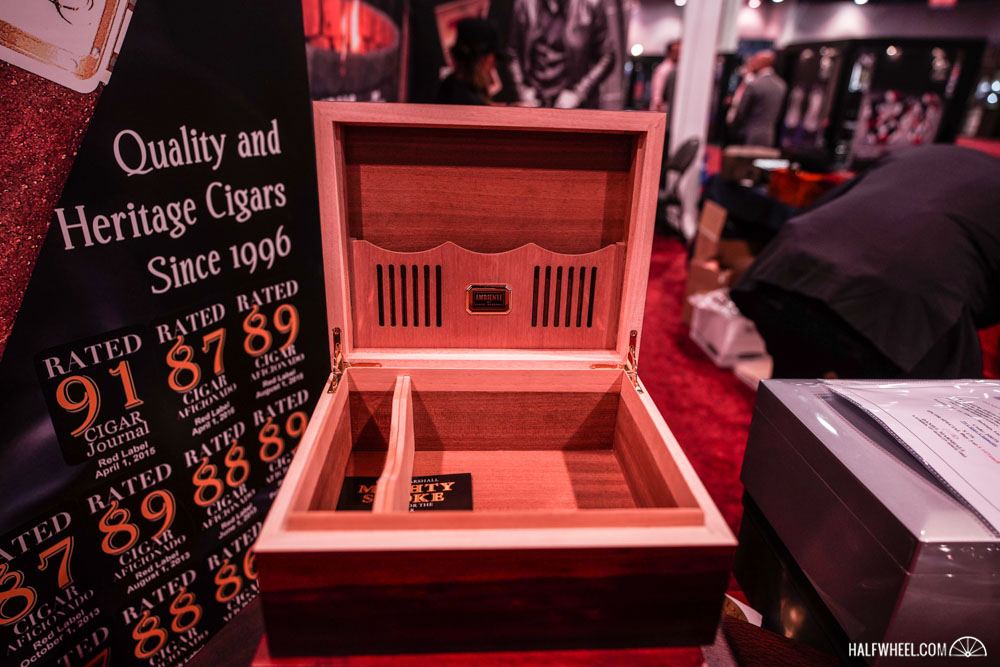 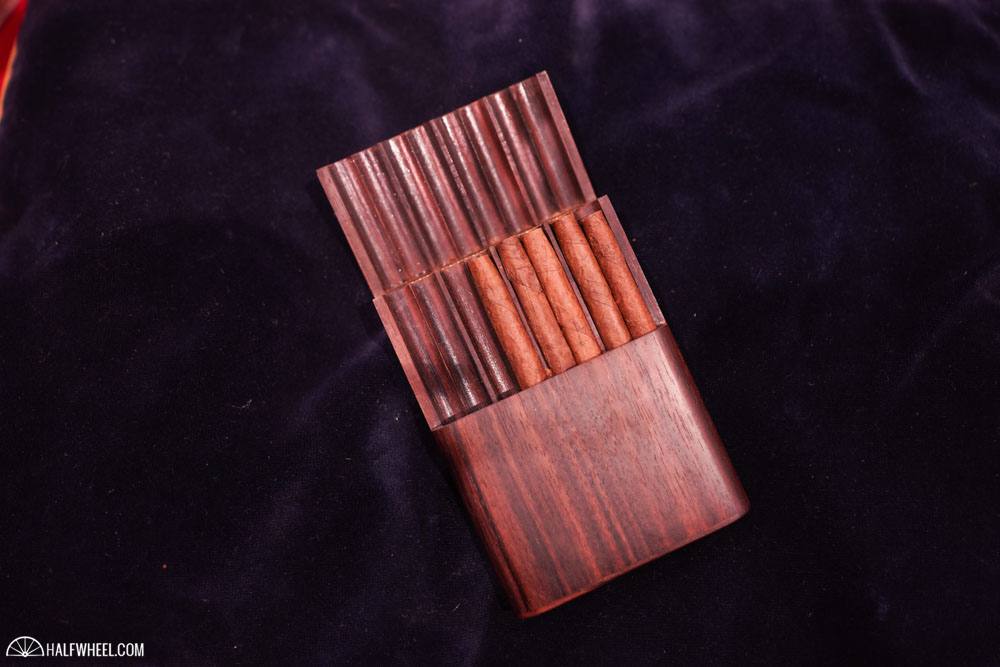 It’s interesting, but probably not for me. I imagine this will do well in Europe. 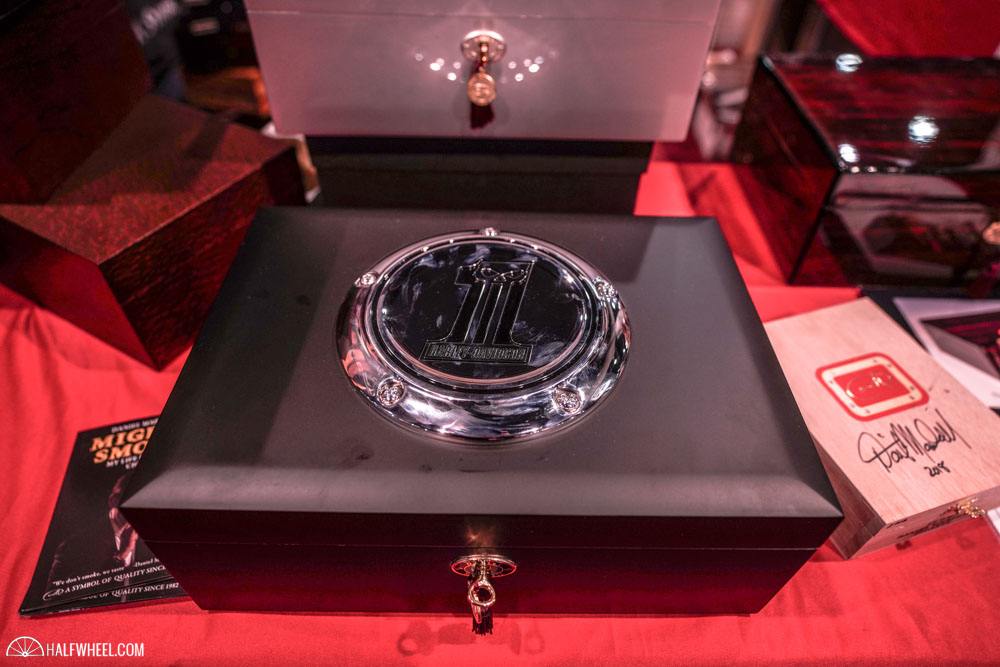 These humidors use actual derby cover from Harley Davidsons.