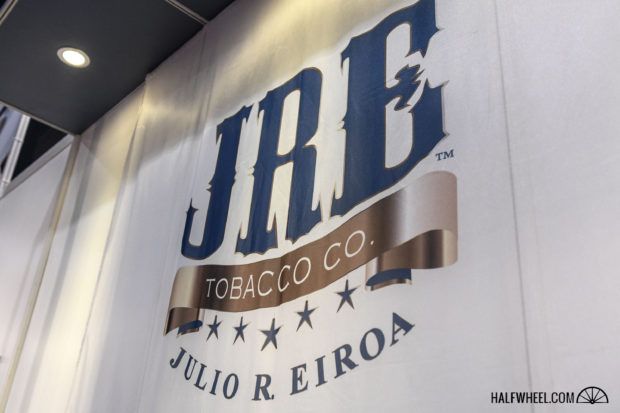 Last year the JRE Tobacco Co. was in the back of the CLE booth, but this year it has expanded into its own space nicely. While there weren’t any new products this year, there was one interesting and significant packaging change. Aladino
The previous packaging for the Aladino featured a portrait in an oval shape on the inside of the lid. The new artwork is a piece that was found in an old Cuban magazine, which they wanted to use for this release. It took them a significant amount of time to determine that there was no copyright holder for the artwork, so this year they were finally able to register it and use it for their packaging.