There are three companies celebrating their 20th anniversaries this year, one of which is Flor de Gonzalez. The company had a big year in 2014 with the release of Spectral and the 90 Miles R.A. Nicaragua Lancero, and this year the company is bringing out a pair of lines that honor the first two lines that launched the company. 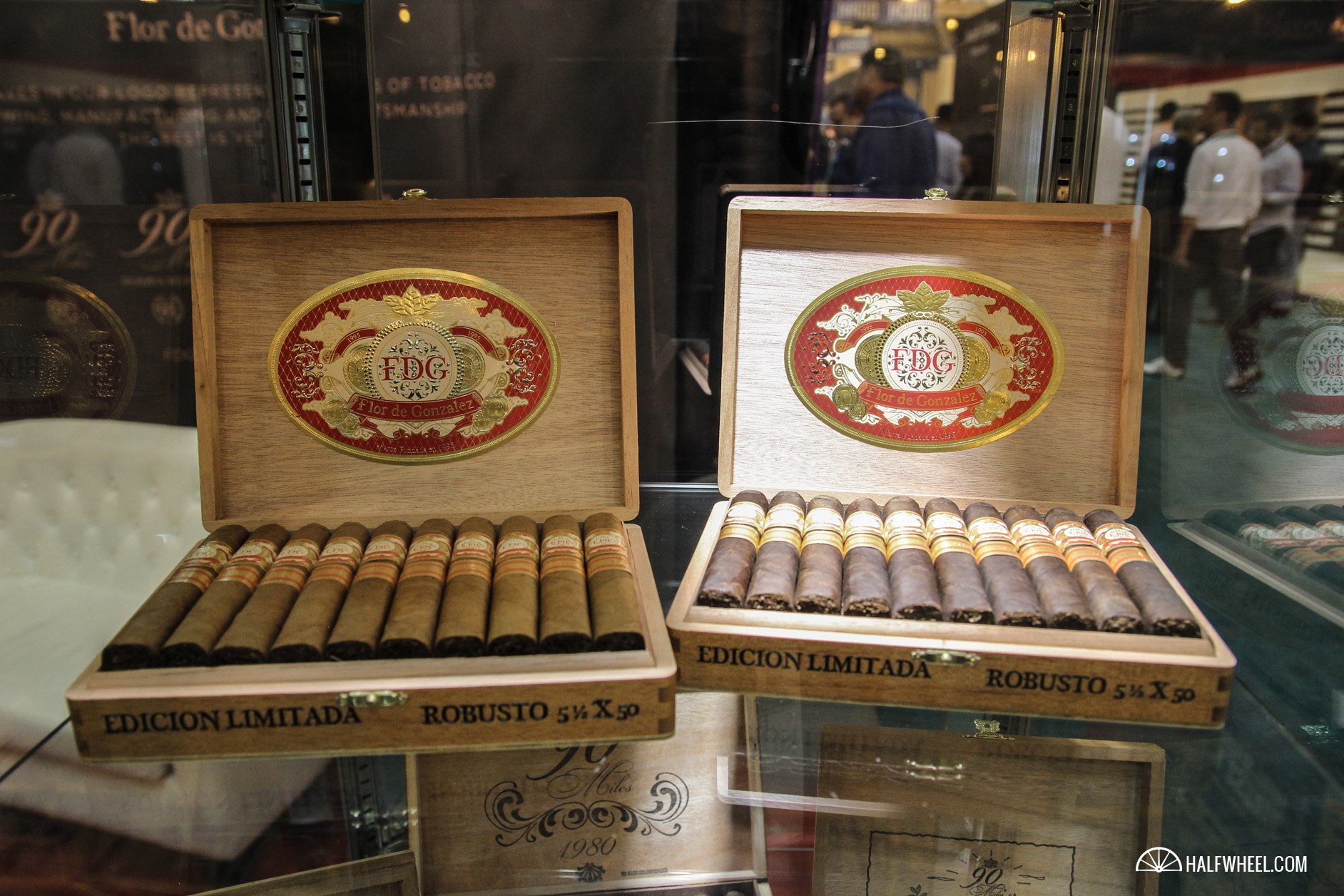 Both versions feature a Nicaraguan binder and filler and should be shipping to retailers by the end of August. As noted when the cigars were announced, the FDG Cigars 20 Aniversario pays homage to the Flor de Gonzales Gold Series, the first two cigars ever produced by the company, which also came in a Connecticut and maduro wrapper. The company had a box of the original batch of Gold Series Connecticut on display to remind people of where the company started.

Yadi Gonzalez Vargas shared a bit more about the cigars: