Just before the 2015 IPCPR Convention and Trade Show, FDG Cigars – which you might recognize as Flor de Gonzalez Cigars — announced its 20th Aniversario line to celebrate the opening of their factory in 1995. That year wasn’t the beginning of the company though, with it starting a couple years earlier out of the home of Arnaldo Gonzalez. Only two short years after opening their factory, it moved operations to Nicaragua where they felt they could produce a more affordable cigar that was still the quality they wanted. 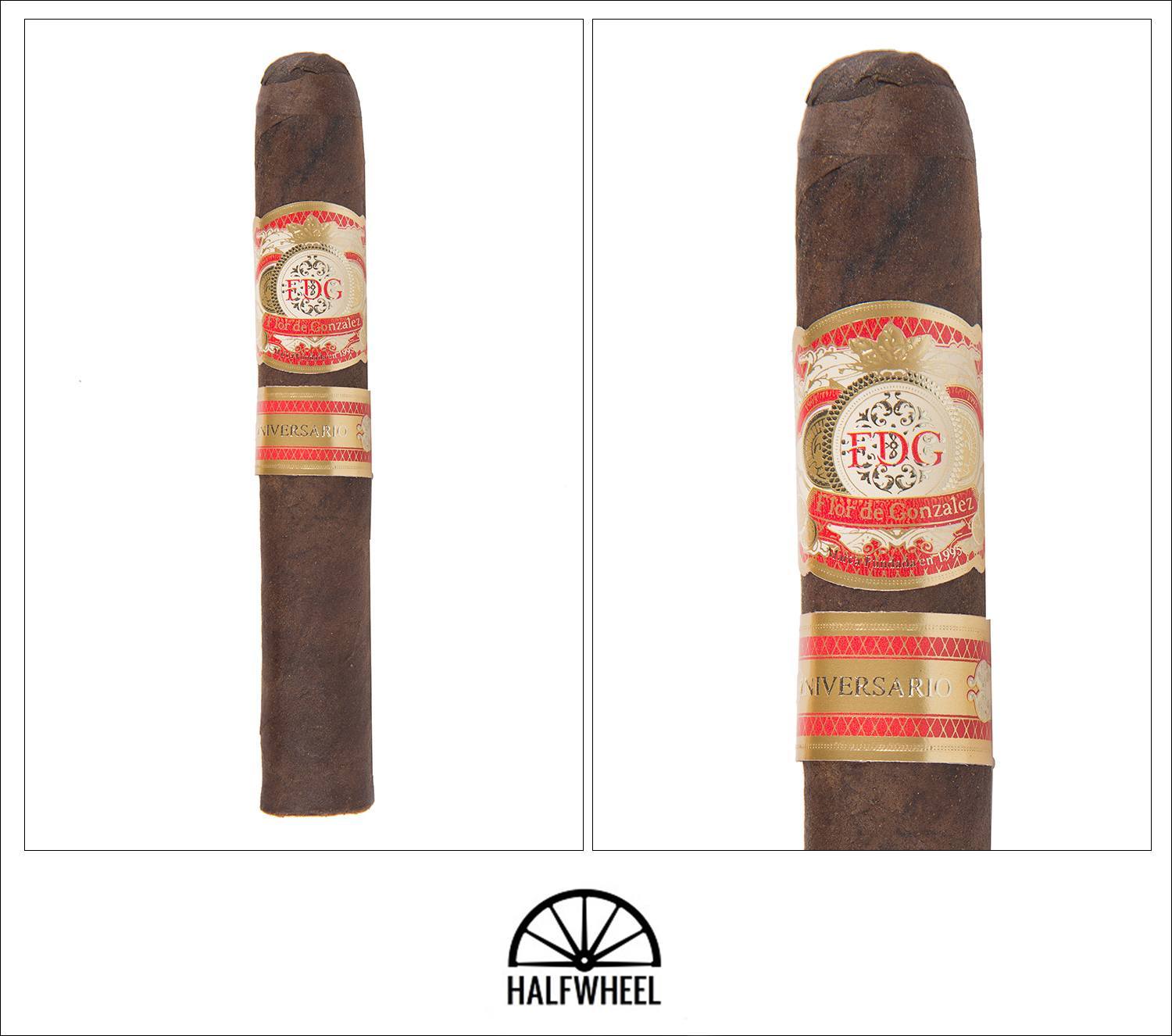 The gold, red and cream bands have a nice contrast against the dark, rough and oily wrapper. There is just the slightest bit of give to the cigar when squeezed, without any soft spots anywhere. The wrapper has a rich aroma of leather, earth, a slight bit of cinnamon and some dry cocoa, while the cold draw is quite mild, with only a little chocolate sweetness and a touch of earthiness.

The first third starts with a sweet and spicy profile. There’s some light chocolate, some pepper, nutmeg, leather and earth. The burn settled into a razor sharp burn line within the first half an inch, giving a nice demarcation between the dense, medium gray ash and the dark brown wrapper. While I wouldn’t say the cigar billows smoke, there is plenty of flavorful smoke produced with each draw. After about an inch, the pepper and chocolate are mostly gone, while the spice, leather and earth are now joined by some rich dried fruits and citrus. Towards the end of the first third I ash the cigar for the first time, with it holding impressively to over an inch and a half. 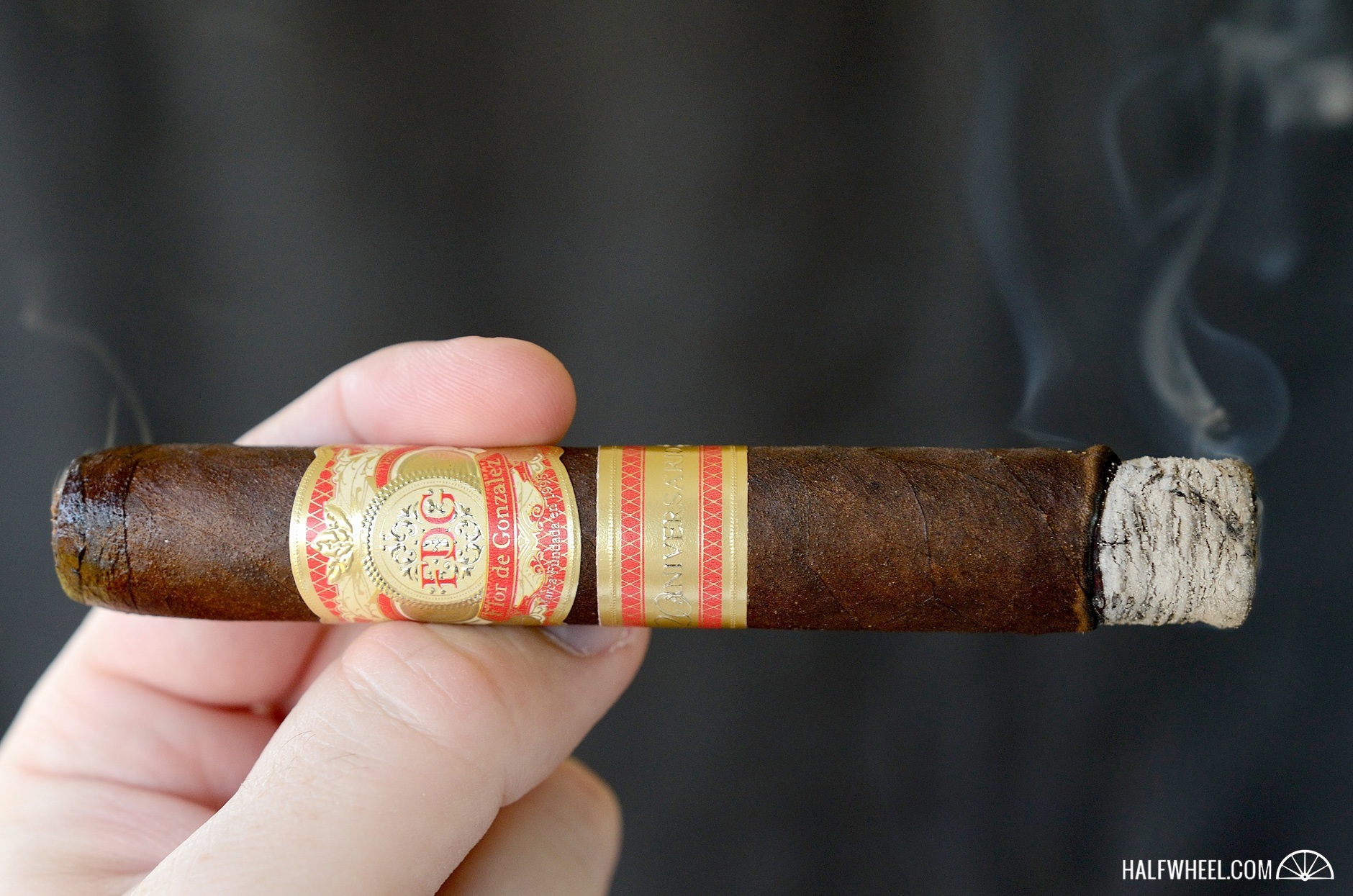 As I move into the second third the profile mellows out some more. Spice, leather, earth and dried fruits are still there, but they’re all just a little lighter. The burn had become slightly wavy, but it corrects itself and is now razor sharp and even again. The ash becomes slightly flaky, which is a bit surprising from how solid it was in the first third, however it still holds on to around the inch mark. Mild flavors of space, leather, earth and very light fruits continue in the profile, but I’m not really seeing any change through this third. 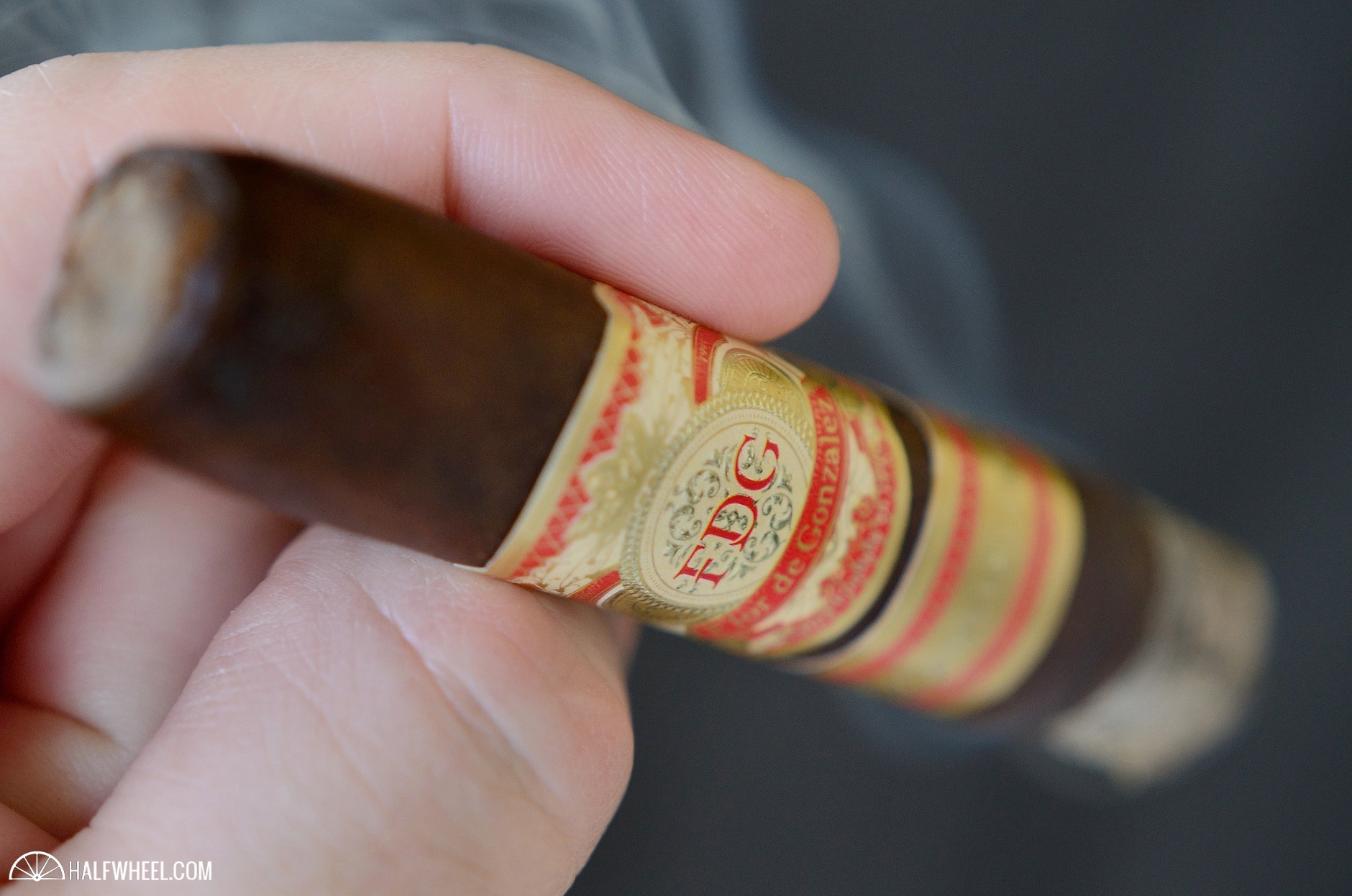 The final third begins with a return of the pepper, though mildly. There is much less sweetness and hardly any fruit notes, though the spice, leather and earth are still around. The burn has gone a little wonky again, however it’s even enough to not warrant a touch up. Ash continues to be a little flaky, but I just end up ashing a little more often to combat it. The cigar finishes up with a slight harshness, but the pepper, spice, leather and earth are strong enough that they stay constant through the end. 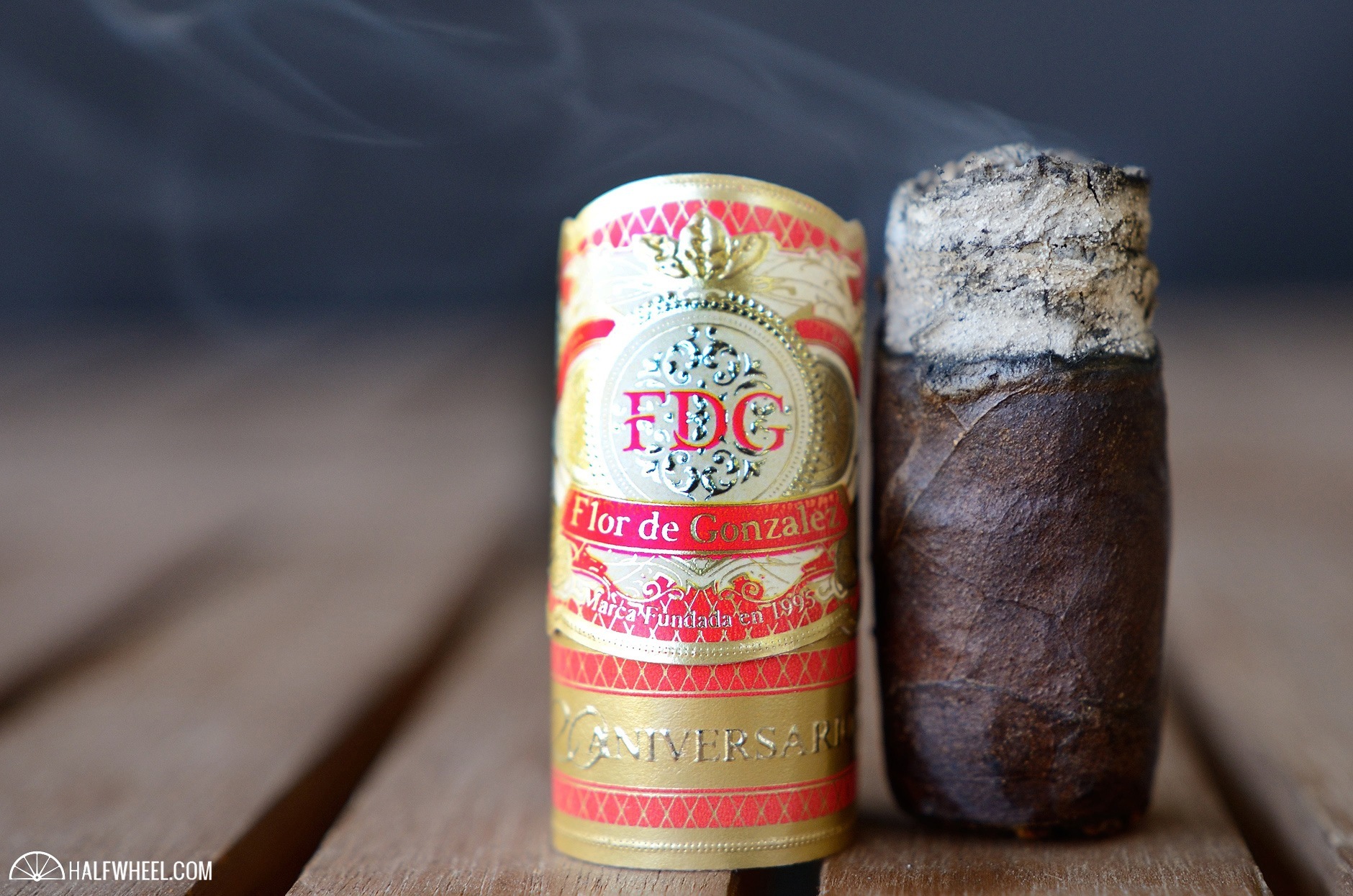 As some readers commented on our booth coverage, some people haven’t heard of FDG Cigars, considering it is smaller company, despite the fact they’ve been around for two decades. The 20th Aniversario is a great reason to remedy that and seek them out though. Fantastic construction and a great profile that keeps your attention with enjoyable flavors is more than enough reason in my book to try and track these down. While I haven’t had the Connecticut version, even if it’s anywhere near as good as the (Connecticut) Broadleaf, they’ll have done a great job picking two great blends to celebrate 20 years in the business.