One of the new exhibitors that caught my eye was Enki Cigars, a Miami-based company who has had cigars on the market for just about two years but is making its first IPCPR appearance. Karel Martinez, president of Enki Cigars, gave us a bit of info on his lines:

The company’s name comes from that of an ancient god which means “Lord of the Earth.” As Martinez mentioned, there are two lines in the Enki portfolio, one of which uses a Connecticut wrapper with the other using a dark Ecuadorian habano, both of which have been aged between five and seven years. There’s also a strong draw on Nicaraguan tobacco for the filler. 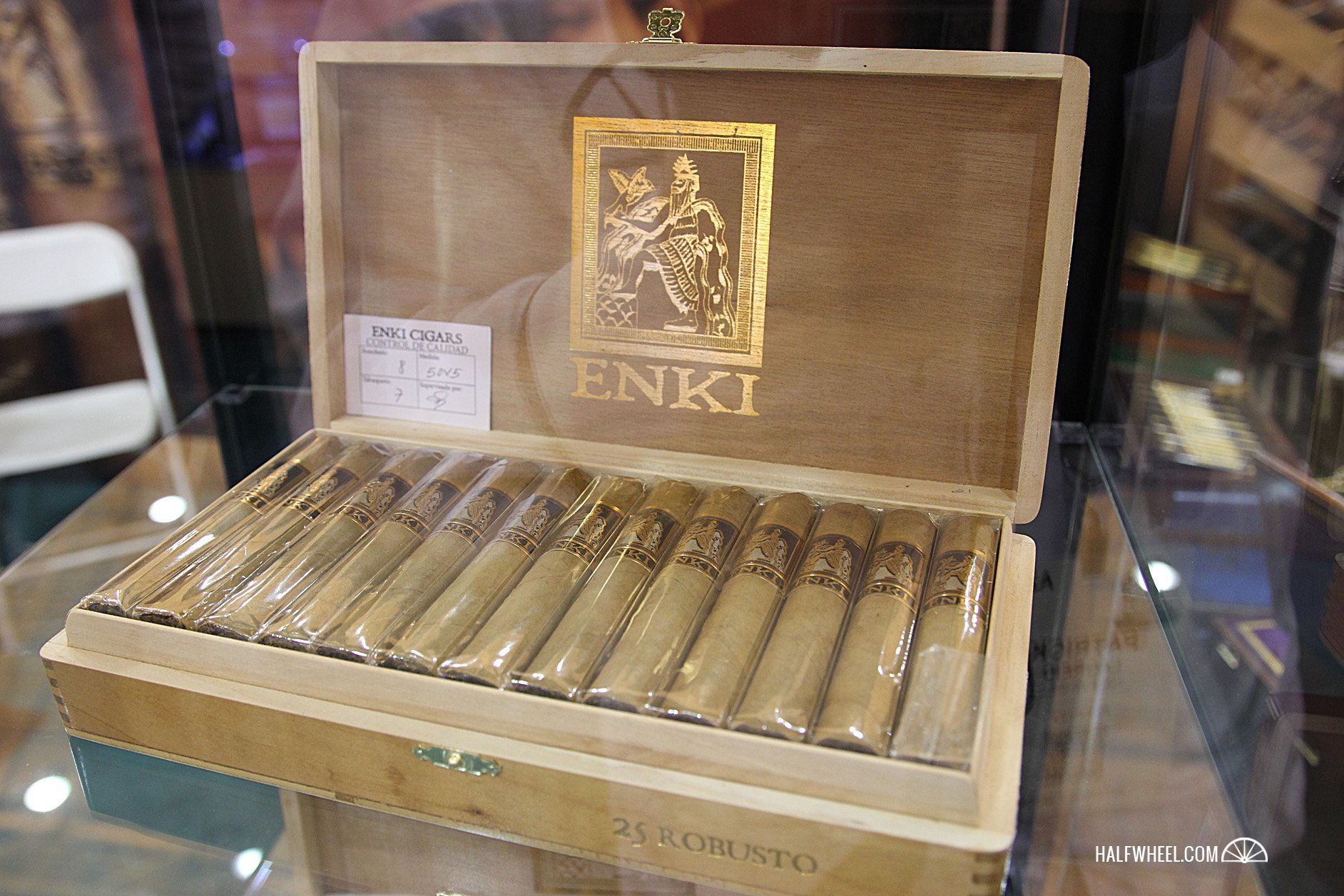