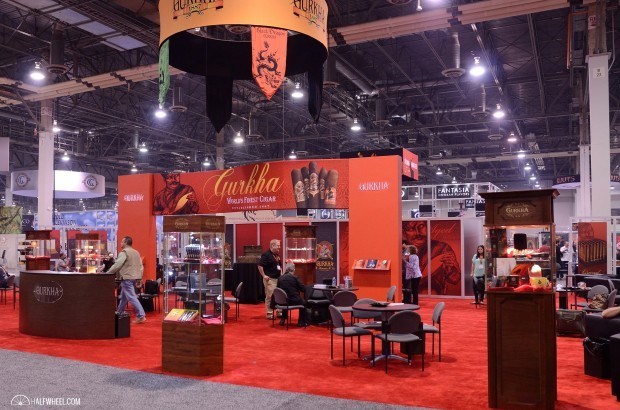 Walking through the trade show floor it’s hard to miss a few booths no matter their placement, and Gurkha’s is definitely one of them. The bright red booth looked almost the same as last year, save for the new cigars they had on display. With our booth visit being on the last day many of the displays had been ravaged for samples, though not nearly as bad as some booths – presumably because they were at least inside locked glass cases. 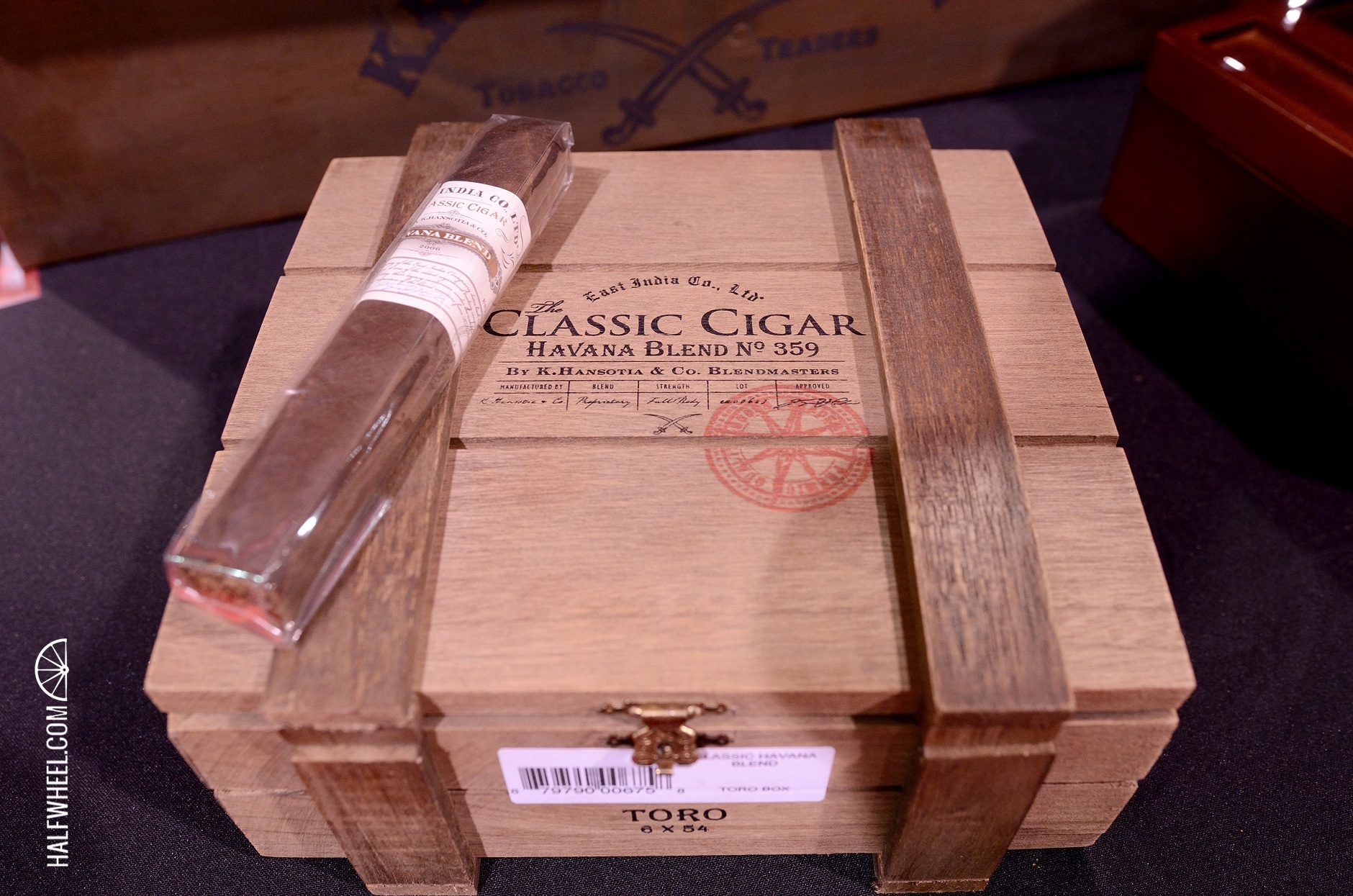 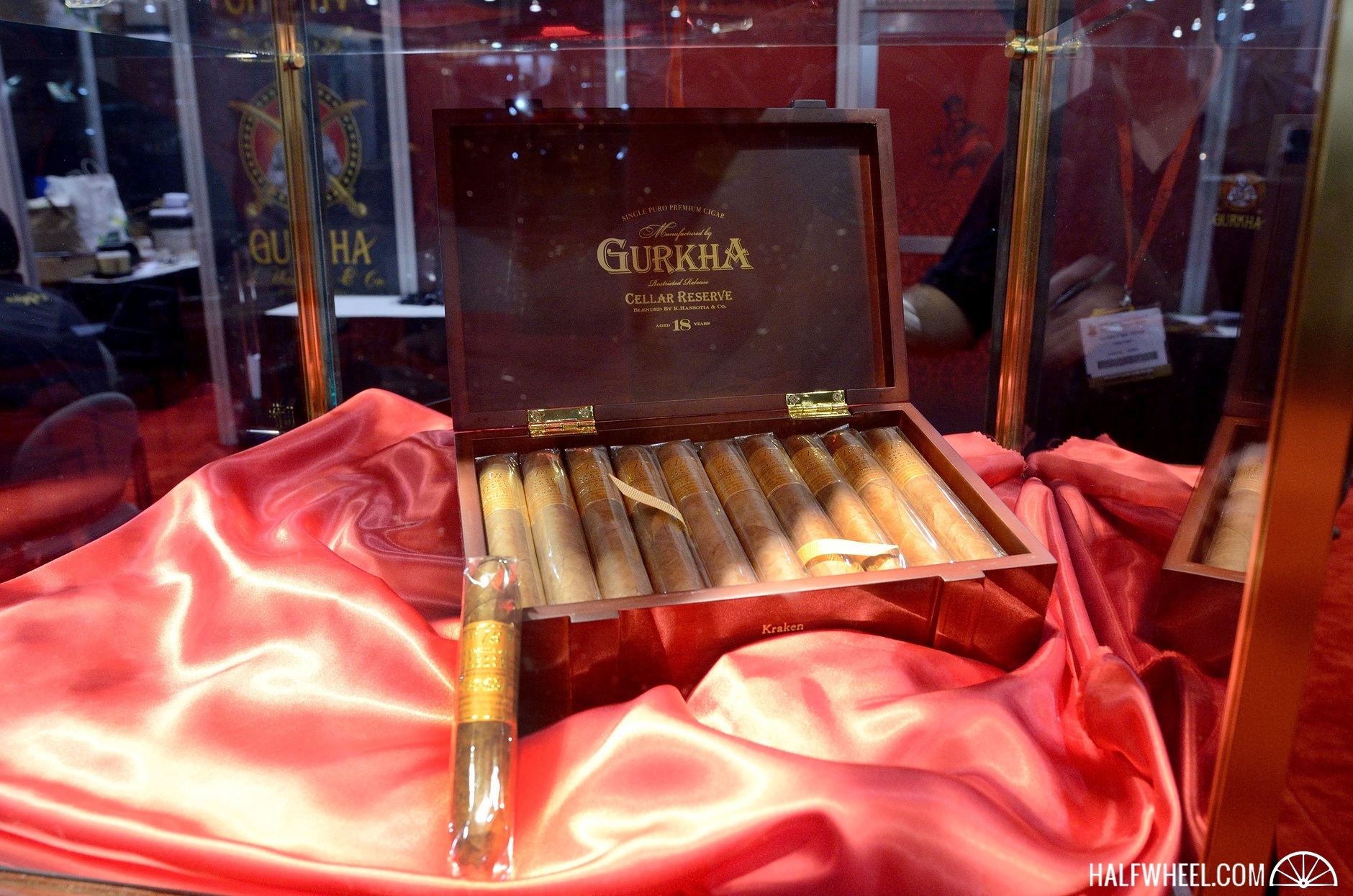 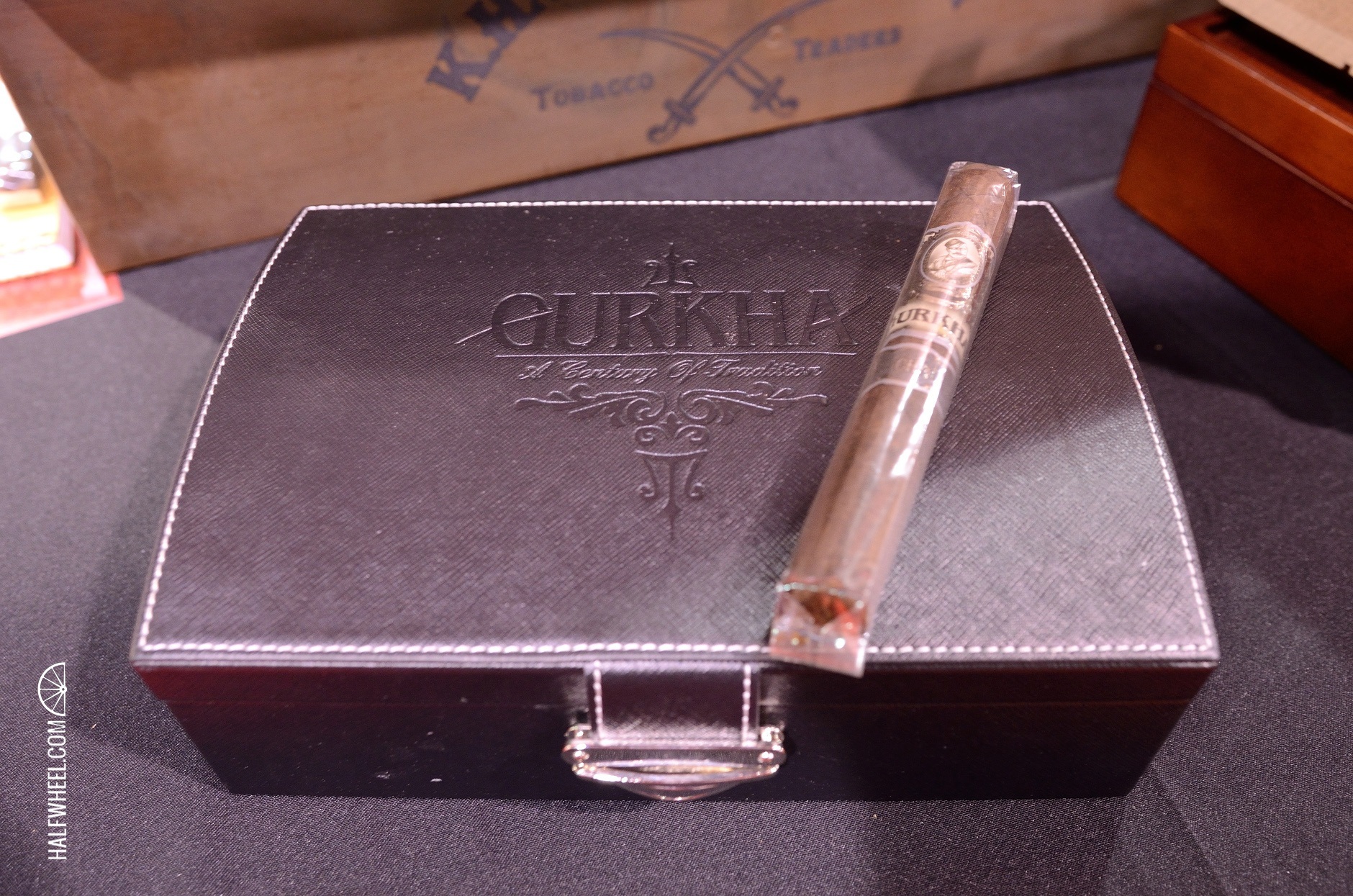 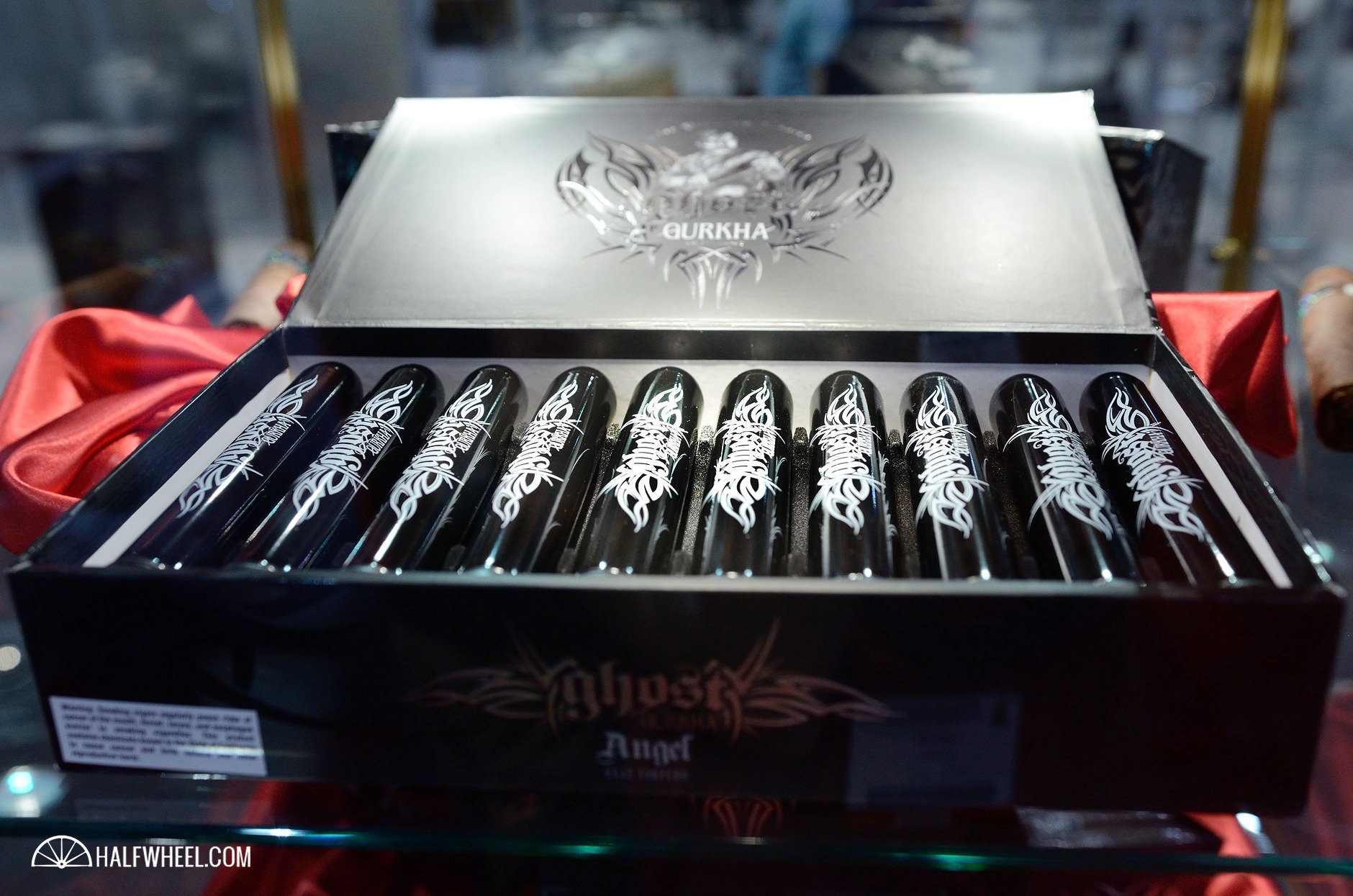 Gurkha Ghost
The Ghost line saw a fifth size added to it – a massive 7 x 70 that while the cigar was finalized, the boxes were not. Because of that delay they aren’t expecting it to ship for the next couple of months. 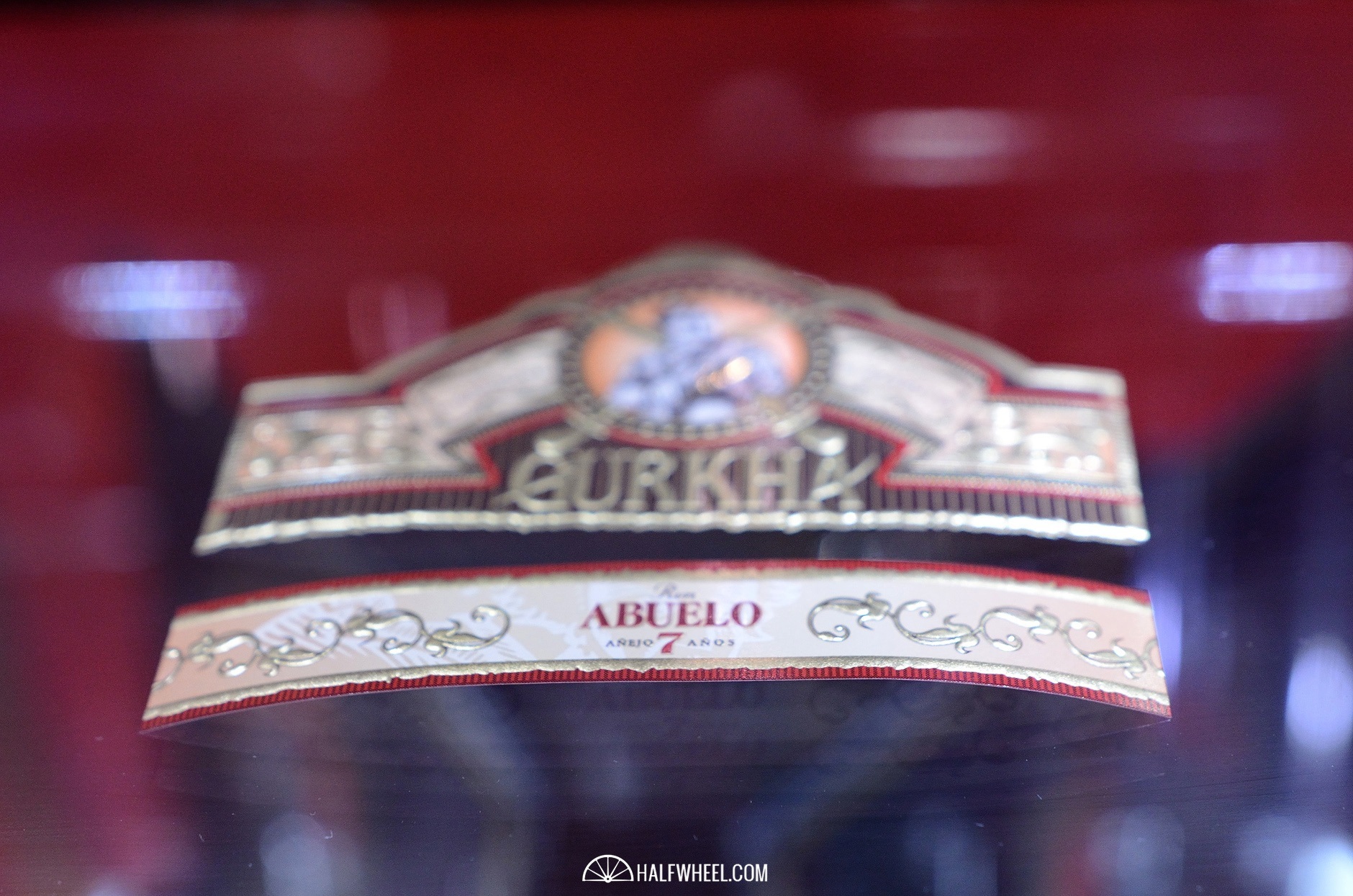 Gurkha Private Select
Gurkha is releasing a new infused cigar, a 7 1/4 x 52 Churchill infused with Ron Abuelo 7 Year rum. The packaging seen here was a mock up for the show, however the band seen above is the final design. Shipping was expected to start next month.

Gurkha Xtreme
While they had cigar samples to hand out, the box they had on hand wasn’t finalized and was just described as a prototype. Featuring a Nicaraguan binder with an undisclosed binder and filler, they will come in three sizes: a Grand Robusto (5 x 54), a Toro (6 x 56), and the XO (6 x 60) with an MSRP of $10.99 to $12.99. Pedro Martín
Lastly, the Pedro Martín brand was relaunched at the show. They had two lines they were showing off – the new Maduro and the relaunched Ruby. The Maduro is made up of a Mexican San Andrés wrapper, Nicaraguan maduro binder and Nicaraguan filler.

The Ruby features a red colorado corojo wrapper from an undisclosed country along with Nicaraguan binder and filler. Each line has three identical sizes – a Robusto (5 x 50), a Toro (6 x 52), and the XO (6 x 60). Shipping is expected to begin next month.