November 25, 2013 (Tamarac, Fla.) — After much anticipation, the Gurkha Cigar Group is proud to announce the arrival and release of the Pedro Martin Limited Edition Cigar.

With only five hundred boxes made, this tasty treat is a full- bodied complex cigar blended by Legendary Master Blender Pedro Martin himself many years ago; and manufactured under the watchful eye of Arsenio Ramos in TABASA ESTELI NICARAGUA.  It adorns a 9-year Corojo Wrapper with a proprietary blend exclusively with Nicaraguan tobaccos and has been patiently marinating in cedar for the last two years, waiting for the perfect time to be released.

With the Pedro Martin long-awaited release, Gurkha honors the legendary blender Pedro Martin who was an instrumental figure for many of the current blenders today.  Be on the look out for more releases from the Pedro Martin brand in 2014 as Gurkha plans to welcome back the Ruby and Maduro blends.

Update (December 6, 2013) — Gurkha Cigar Group released additional information about the Pedro Martin Limited Edition today, announcing that it will be a 6 x 52 Toro with an MSRP of $14.00 per cigar. As mentioned above, it uses a nine-year-old Corojo wrapper with a proprietary blend of Nicaraguan tobaccos for the binder and filler. It is described as a full, complex cigar. 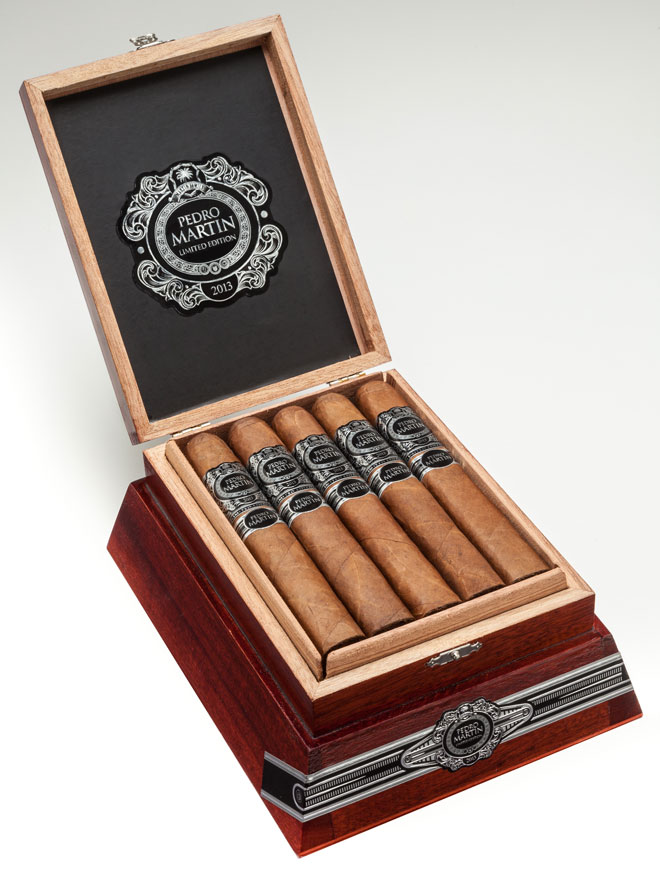