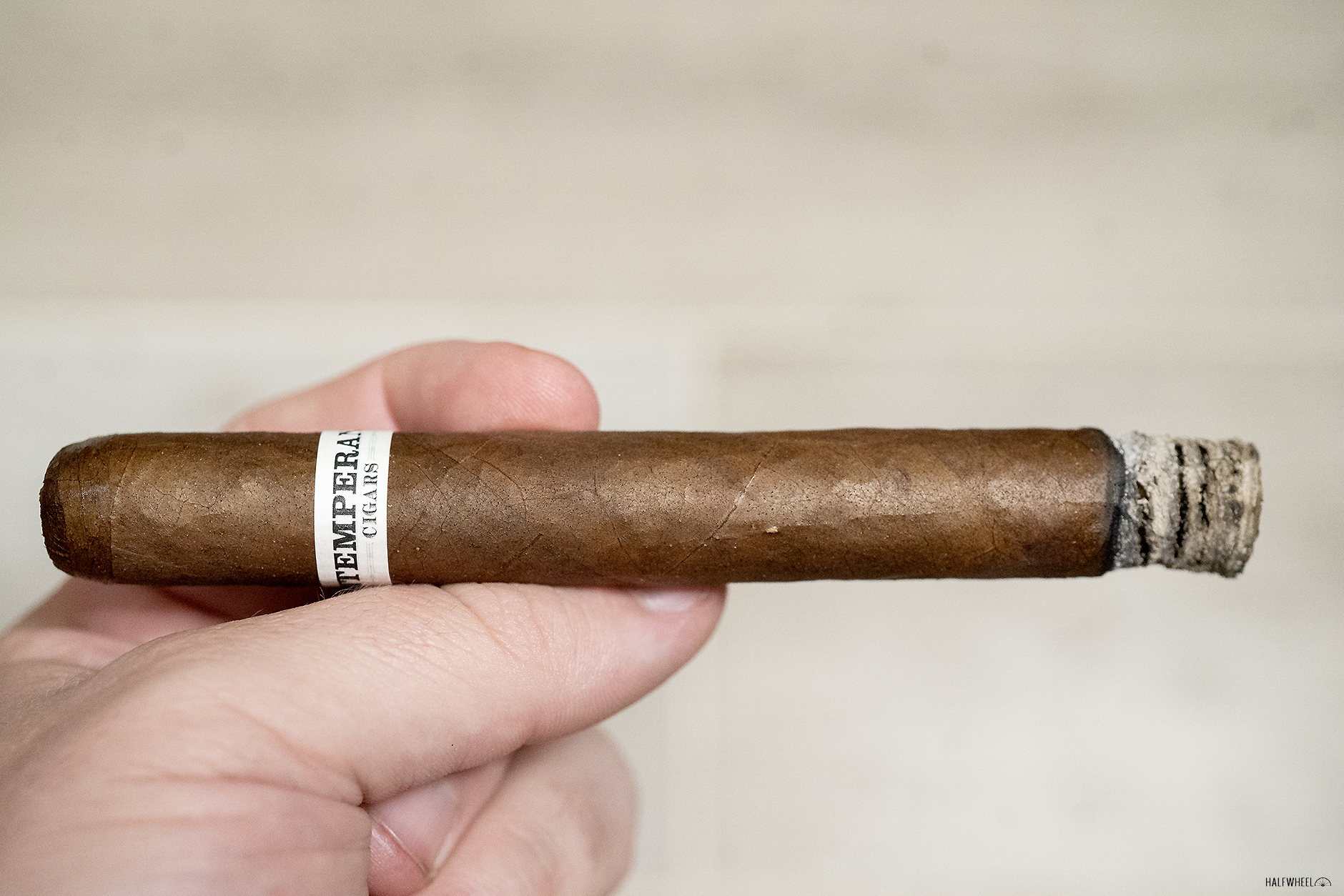 Fans and followers RoMa Craft Tobac are undoubtedly familiar with what has become an annual tradition over the past several years: the release of a sampler that features many of the company’s core lines in the same size.

The samplers, which use a naming format of El Catador de insert vitola name here first debuted in December 2013 with El Catador de Los Perfectos, which was released as a holiday sampler exclusive to Tobacco Locker in Port Charlotte, Fla. That first release, which was limited to just 50 samplers, contained eight cigars, two each of the CroMagnon Mode 5, Intemperance BA XXI Envy, Intemperance EC XVII Faith and the at-the-time unreleased Aquitaine Mode 5, which are 5 x 50 perfectos.

Since that time, the El Catador sampler releases have continued, with the seventh released in April 2022:

As indicated in the name of this year’s sampler, it contains Gran Corona vitolas, though as expected the company’s portfolio has grown since the debut release, as have the production numbers. 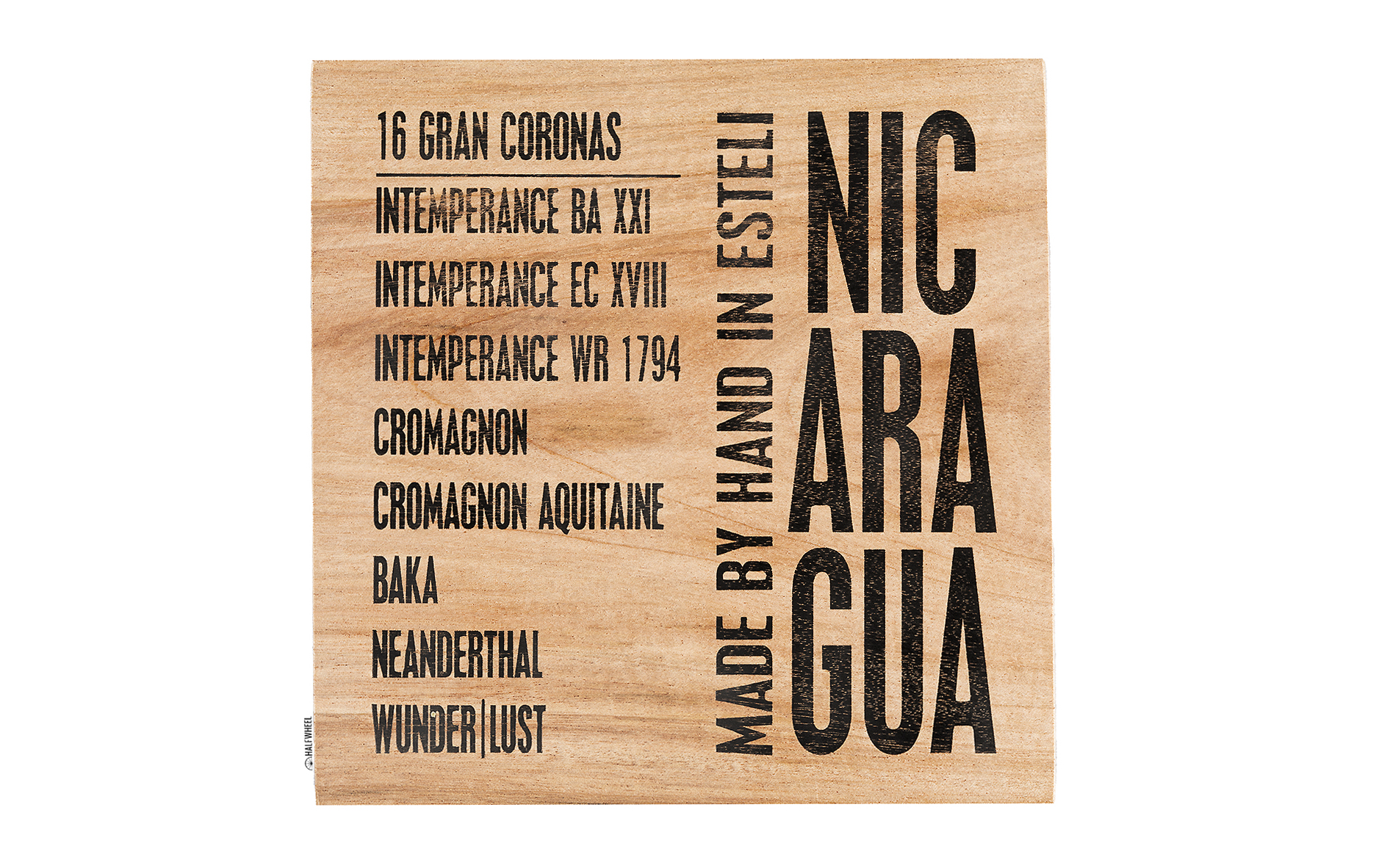 Inside are 16 cigars, two each from eight blends in the RoMa Craft portfolio, all offered in a 5 3/4 x 46 size:

While the sampler is new, not all the cigars inside are. The three cigars in the Intemperance lines are new sizes, while the other five offerings are available as regular production sizes, though the Wunder|Lust is normally an exclusive for the European market. RoMa Craft produced 2,500 samplers, each coming with an MSRP of $165.

The subject of this review, the Intemperance BA XXI Contempt, is the latest size in a line that goes back to RoMa Craft Tobac’s earliest days. The company was launched in 2011 and debuted with the CroMagnon, followed by announcements that same year about the upcoming launch of the Intemperance and Aquitaine lines. In 2012, Intemperance would debut as the first release under the RoMa Craft Tobac name, offered in two blends: the EC, which uses an Ecuadorian Connecticut wrapper, and the BA, which uses a Brazilian Arapiraca wrapper. The line gets its name from the Intemperance movement, which sought to bring the evils of alcohol into the public forum, and as such led to the prohibition of alcohol.

Underneath the Brazilian Arapiraca wrapper, the blend features a Nicaraguan binder and filler, though both have long been described as being “primarily Nicaraguan.” It would be easy to overlook what is likely to be the Intemperance BA XXI Contempt’s most unique feature, which is a small sliver of the foot that isn’t covered by the wrapper. That said, it might catch your eye as the cut to create that feature isn’t straight, meaning that varying amounts of the underlying binder shows through depending on what side of the cigar you’re inspecting. Beyond that, the cigar looks quite good: the wrapper is a matte brown with a decent vein structure and a good amount of tooth, and with just enough variation in its color to be noticeable. That can also apply to the cap of the cigar, which in one sample is a few shades darker than the rest of the wrapper. It’s also worth mentioning that I don’t pick up much if any oiliness from the cigars; they don’t appear to have any sort of sheen, and I only  get brief sensations of oiliness on my fingers. The samples are rolled firmly but with just a bit of give, something I can’t recall saying about a NicaSueño-made cigar in some time as they typically seem to be some of the most firmly-rolled cigars on the market. Aroma off the foot reminds me a bit of beef jerky, or in particular the smell of opening a bag of beef jerky from the grocery store. There’s a bit of meatiness, some sweetness, some subtle spice and just a touch of black pepper. Air moves smoothly on the cold draw, with the draw either near perfect or just a tick on the firm side of ideal and giving the slightest bit of resistance. The flavor has varying amount of the spice and pepper from the cold draw, as well as sweetness or meatiness, with that ratio changing a bit from sample to sample. There’s also a bit of a generic tobacco flavor and hints at earthiness.

The Intemperance BA XXI Contempt starts off by giving the subtle spice and pepper from the pre-light aroma some life, warming them up and letting them loose on the taste buds. I wouldn’t call the profile earthy, even though it is the first thing that comes to mind before a dry, toasty finish forces me to quickly rethink that assessment. The finish of the cigar brings back a lighter expression of earthiness that is now joined by a bit of black peppercorns. Retrohales in this section are a bit lighter than expected, with dry earth and just a touch of pepper, but taking a few retrohales in succession will amplify that pepper and bring about some chili pepper spice. It’s when that chili pepper spice kicks in that the cigar really finds its traction and takes off, as it has a bit of a saucy component that lightly coats the tongue and provides not only balance and complexity, but a pleasing physical sensation from the smoke. While the descriptors—and RoMa Craft’s track record–might suggest a full flavored, full bodied cigar, it doesn’t hit my palate that way. Yes, there’s vibrancy, but it’s not an all-out assault on the taste buds. Combustion and construction have been outstanding, with my only note is the ash is just a bit more delicate than I would like. Flavor is medium-plus, body is medium, and strength is medium.

My palate might have become accustomed to the heavier, more full-flavored offerings from RoMa Craft, as I keep thinking that this is a lighter profile than I should be getting from the cigar, but at some point, reality pushes expectation out of the way. The flavor is still on the dry side of the spectrum, with a bit of light, dusty earth and a brief reprieve from the pepper, and while I have mixed feelings about chili pepper spiciness in general, that saucy sensation it brings with it would be welcomed back into the profile. Between the start of the second third and the midway point, there is an overall mellowing of the flavor’s intensity, with the finish providing just a bit of a tingling sensation. As expected, there is more vibrancy through the nose, with the flavors and aromas sharper and brighter, a change that also comes with a bit less body. As the burn line approaches the midway point, the dry earthiness returns with a rough black pepper, a combination that slightly irritates the throat with a suddenly robust grittiness. Past that point, the flavor reintroduces just a bit of juiciness by way of some cedar, which moves the Intemperance BA XXI Contempt away from being a very dry profile to a slightly dry one, though the lingering finish on my tongue makes me constant revaluate that assessment. From there, the profile also reintroduces some black pepper, and while the profile is very good, the finish seems to offer more for my palate to latch onto, unfolding earth, layers of pepper, more of the cedar and that chili pepper spiciness. This section closes out with a nicely balanced amount of spice both on the palate and via retrohales that puts the cigar just above medium in terms of intensity, while body and strength are both more squarely in medium territory. Construction has been absolutely fantastic and flawless thus far. Black pepper picks up a couple of ticks as the Intemperance BA XXI Contempt gets into its final third, creating some tension in the profile as the chili pepper spice seems to be going after the same taste buds, resulting in some spill over to the back of the throat. If there’s a point where I would feel comfortable saying that the cigar is showing some familiar RoMa Craft notes, it is here, as the chili pepper has faded away, leaving a profile that is on the gruffer side, though lacks a heavier earthiness setting the base flavor. It elicits a more pronounced physical reaction, especially if some of the smoke creeps down my throat further than I would like. This is also quite noticeable in the case of one sample with a band that is impossible to remove without causing some damage to the wrapper, and while I can’t be certain, it seems like the fractured wrapper has fractured the profile a bit. Shifting my focus to the retrohale reveals a much brighter chili pepper and spiciness, certainly on par with something I’d expect to see featured as part of a chicken or pork entree on a restaurant menu. The flavor picks up some heat and interestingly a bit of chalk and light minerals, a change that feels so far from where the profile had been that it’s time to put the cigar down. Flavor finishes between medium-full and outright full, body is medium-plus and strength is just barely medium. Construction and combustion both remain stellar and problem-free. I have long thought of this blend as one of the more interesting in RoMa Craft Tobac's portfolio, and the Intemperance BA XXI Contempt maintains that sentiment. The red chili pepper spiciness that dots several points in the flavor progression will almost certainly be the focal point of the profile, and when it is on and contributing, it creates impressive depth and complexity to the profile. When it's not, the profile is a bit dry for my liking, and the cigar becomes a bit more pedestrian. Still, this is a cigar I'd recommend lighting up as it offers a distinctive profile and some flavors and sensations not often found in cigars, and thus an experience which ultimately makes for a more informed and savvy cigar smoker.