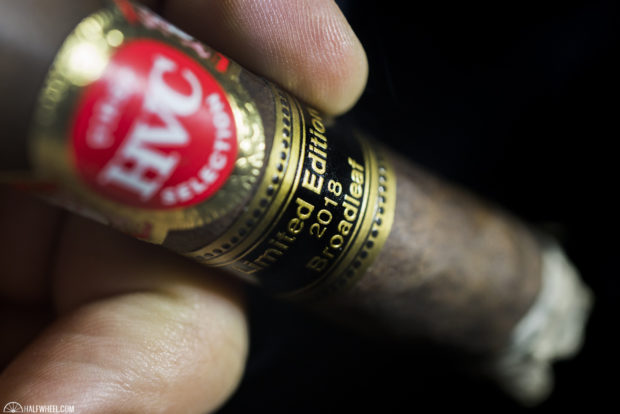 For the last five years, few factories have put as many highly-rated cigars by this website as Tabacos Valle de Jalapa S.A. (TABSA), a factory that has won our factory of the year award multiple times.

The factory is owned by the Fernández family, who also owns the major Nicaraguan tobacco grower AGANORSA. As such, it should come as no surprise that Nicaraguan tobacco makes up a large percentage of what’s being put in the cigars it produces. What is somewhat of a surprise is that up until this year, the factory had never produced a cigar with a very popular wrapper: Connecticut broadleaf. 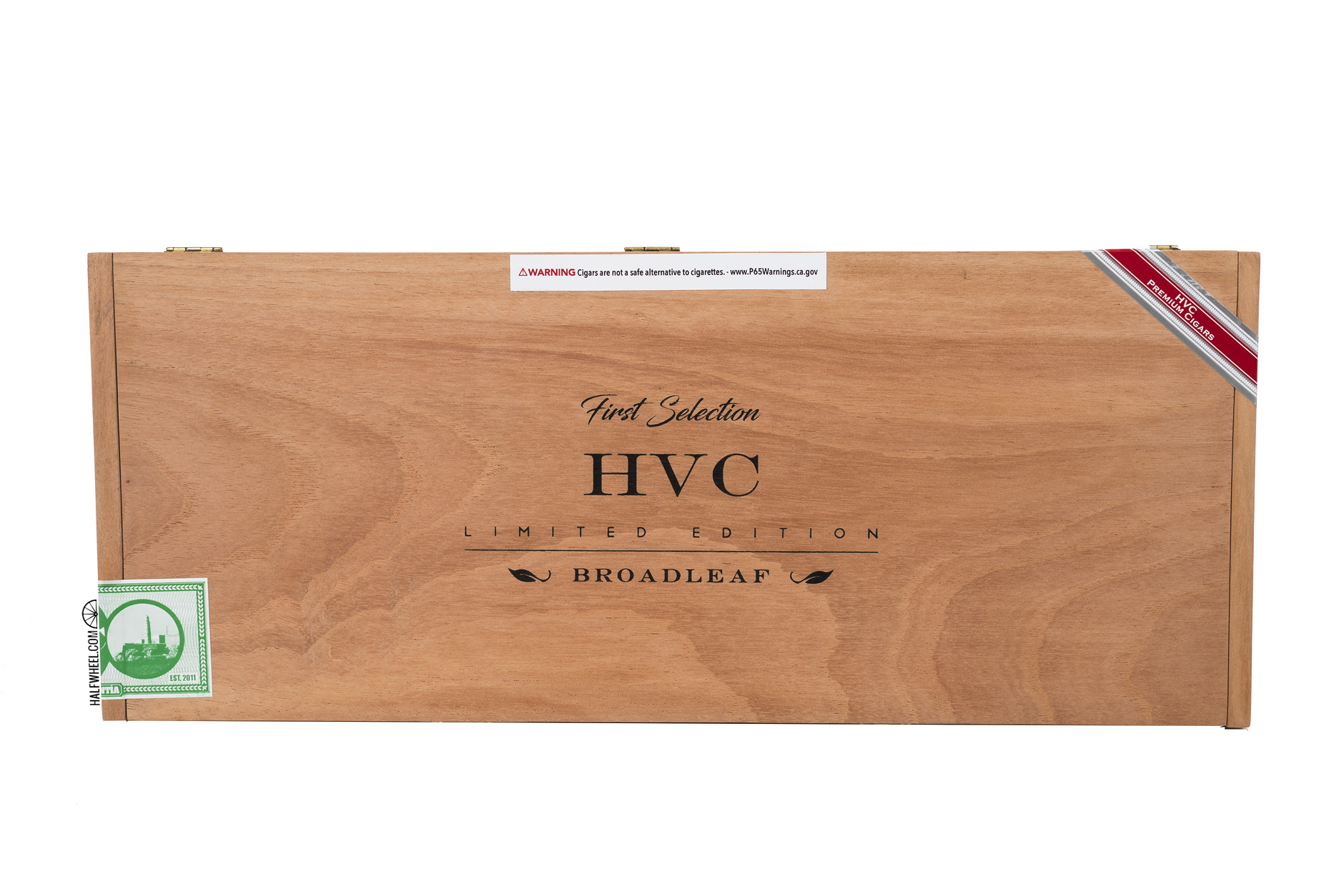 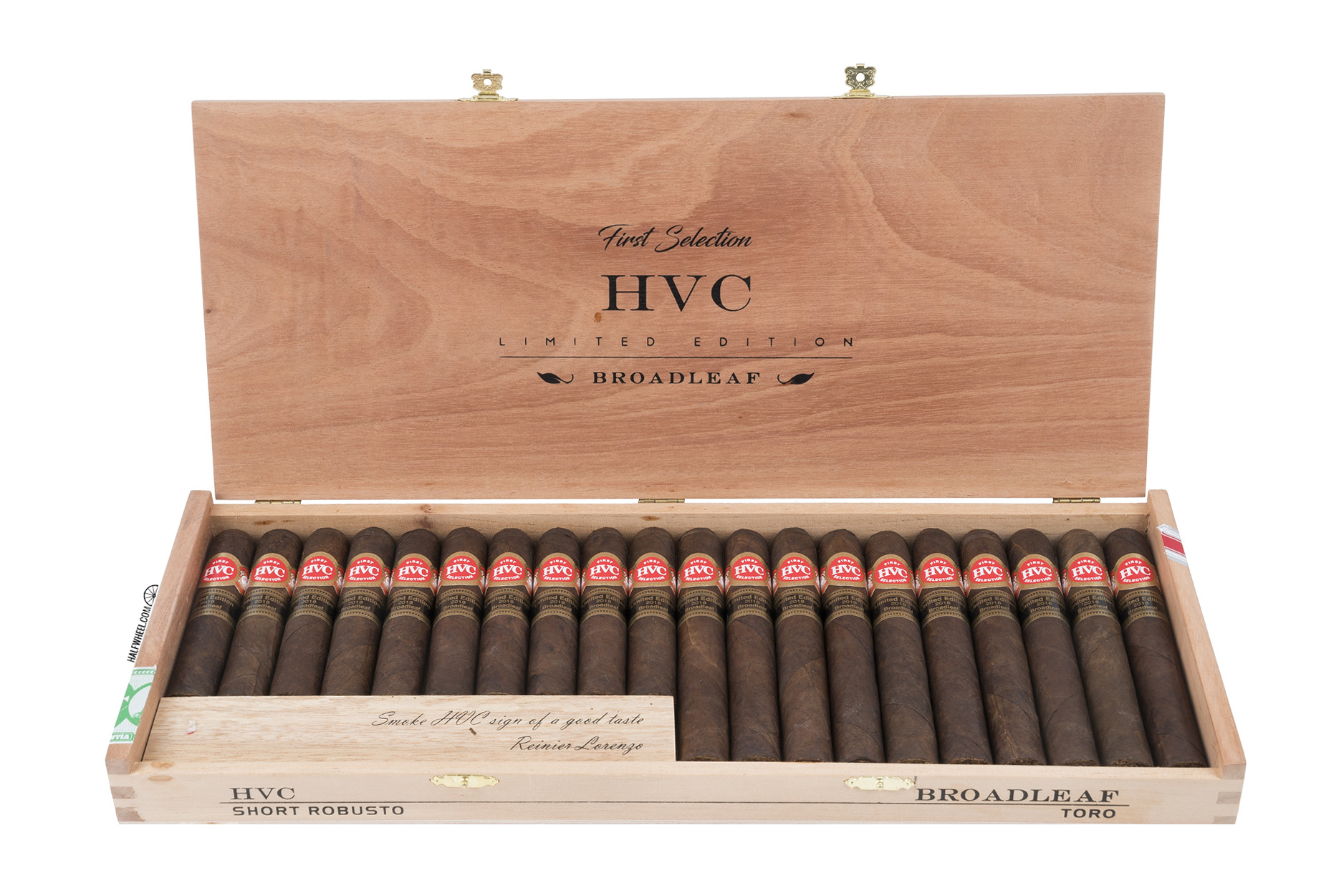 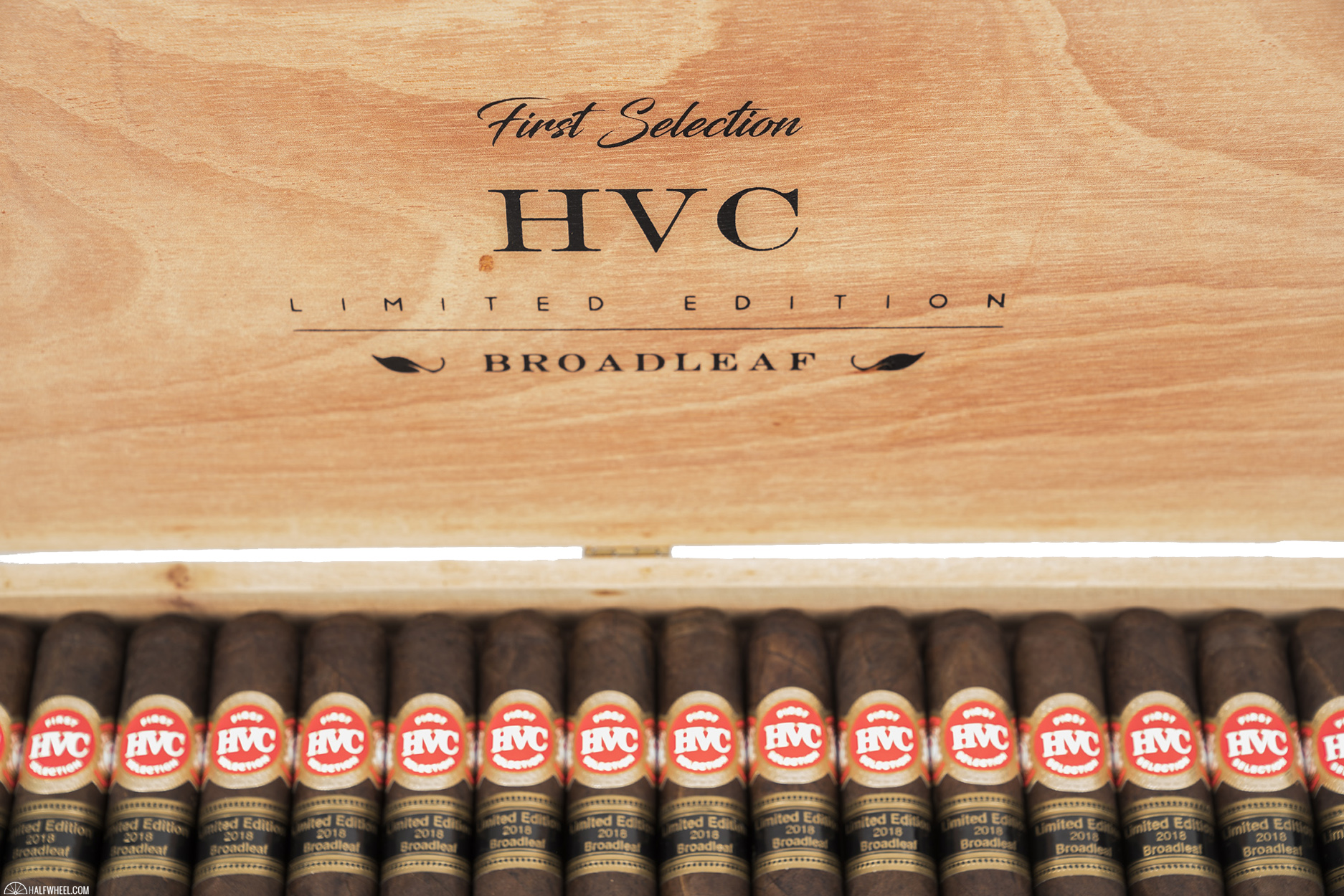 That changed with the release of the HVC First Selection Limited Edition Broadleaf, a two-size line that predictably uses Nicaraguan tobaccos underneath a Connecticut broadleaf wrapper.

While there are two cigars, there’s only one box. HVC opted to pack 10 of each of the two vitolas into a massively wide unit that shows off the contrast between the red bands and the dark wrappers. 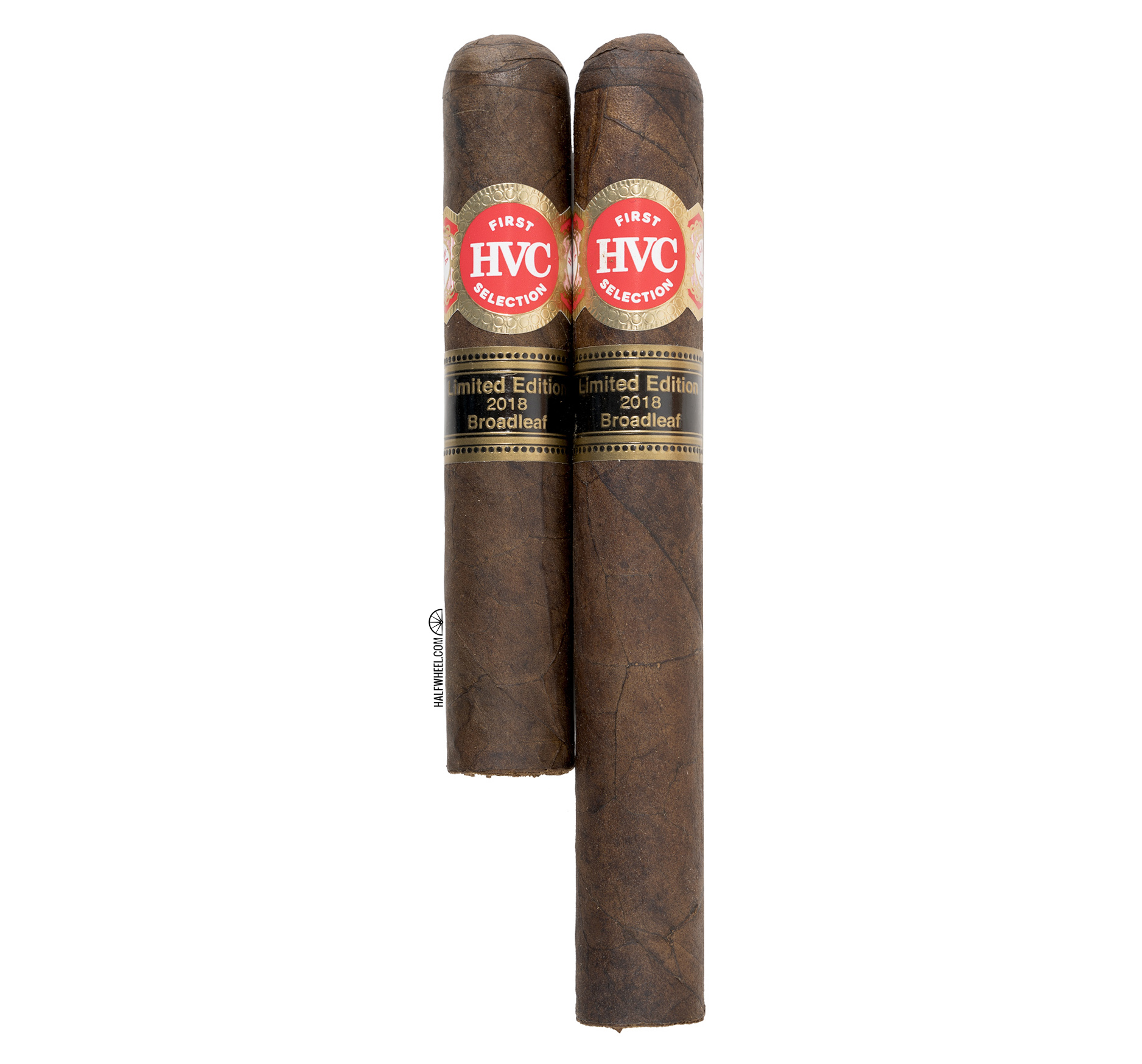 As the name also implies, the cigars are limited, with production capped at 500 boxes of 20 cigars. 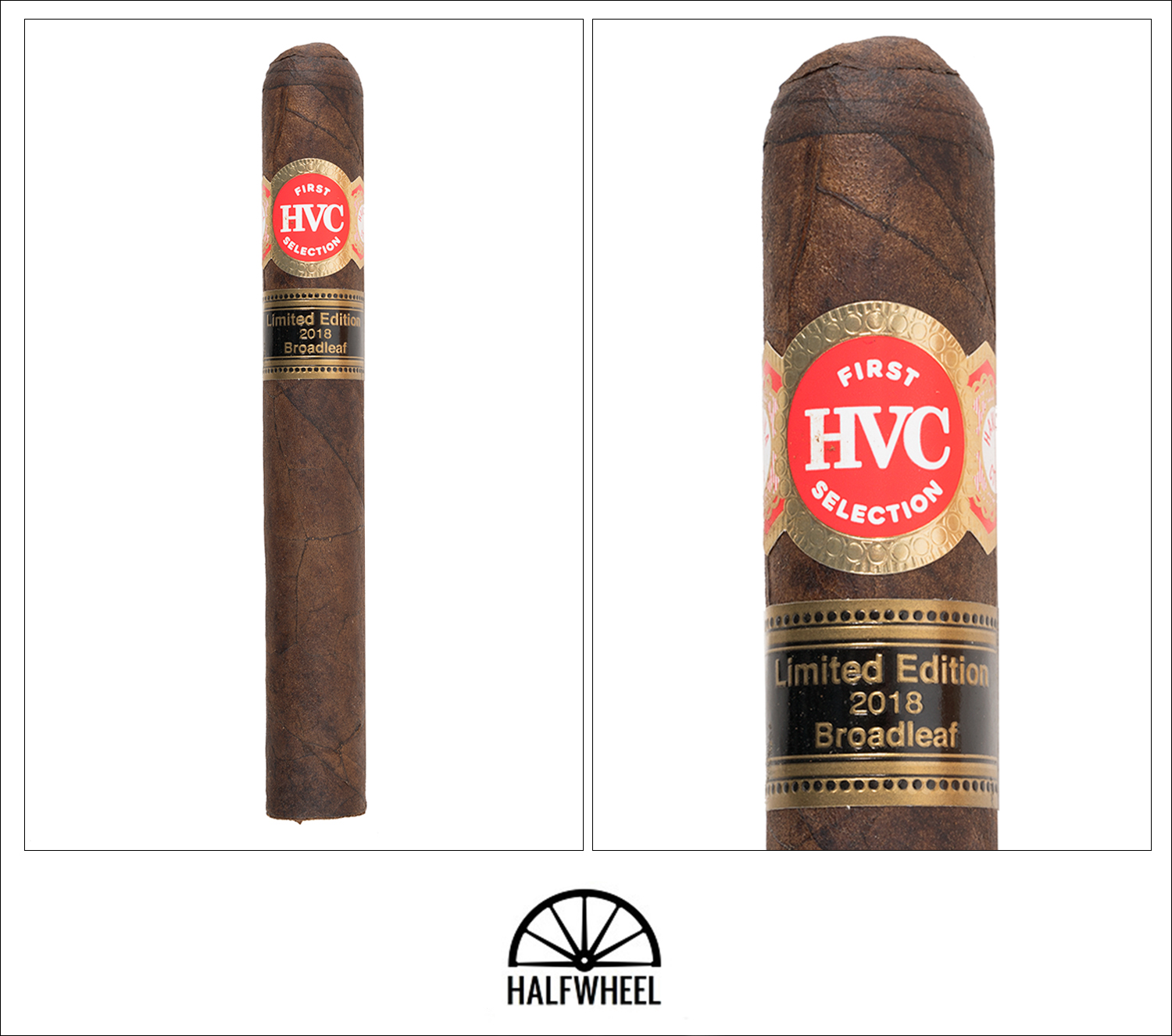 I happened to be in the studio when this box was being photographed, I remember how strong the smells were—certainly not uncommon for handfuls of Connecticut broadleaf-wrapped cigars being taken out of cellophane for the first time. That being said, when I remove one of the samples that was not from the box, the smell is nowhere near as pungent. It smells like barnyard, peanuts and a bag of white rice. The foot is both stronger and sweeter, with vanilla, cocoa, hay and hickory. As if some sort of predictable conclusion, the cold draw is a mixture of the barnyard and sweetness with some touches of red pepper. It’s medium-full in flavor, though the flavors aren’t very distinct. One sample has a draw that is as good as any cigar will ever be, another is very good and another is tight.

The HVC First Selection Broadleaf begins with cashews, sweetness and a touch of barnyard. There’s some red pepper that begins once the smoke has left my mouth, while the cigar finishes with minerals, alfalfa and a bit of licorice. An inch in, the sweetness has now merged with some woods to become the dominant flavor over a soggy cereal and key limes. Red pepper continues to sit on the tip of the tongue, though it seems to bounce back and forth with a sharper wasabi-like burn. Retrohales deliver some pepper down my tongue from front to back, which makes me want some water. Construction varies—the draws on the three cigars remain how they were on the cold draw—though I find myself needing to pay attention to the burn more than normal. Flavor is medium-full, body is full and strength is medium-full. 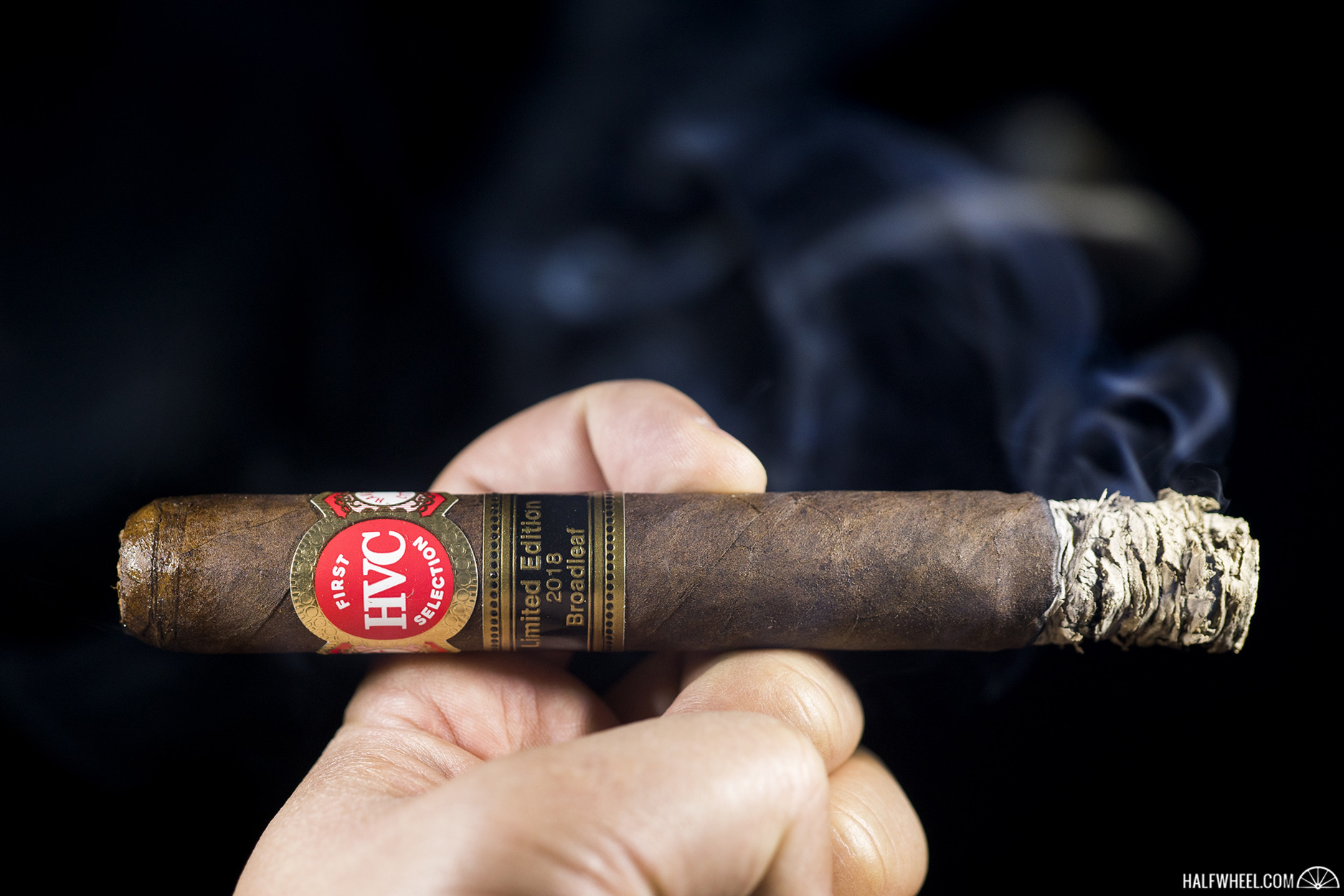 There are a lot more mineral flavors in the second third, which seems to accent the generic earthiness to create an even more intense earthy characteristic. At times, lemon breaks through and by the halfway point a cinnamon flavor begins to stick around. Retrohales are inconsistent, both cigar to cigar and within each sample. Some are so punishing with pepper it’s nearly causing me to cough; other times I get earthiness, sweet woods and creaminess, while on at least one sample there’s just creaminess. I find that if I blow most of the smoke out through the mouth and then retrohale, the HVC can deliver tangerines and minerals, a unique combination. Flavor is full, body is full and strength is medium-full. 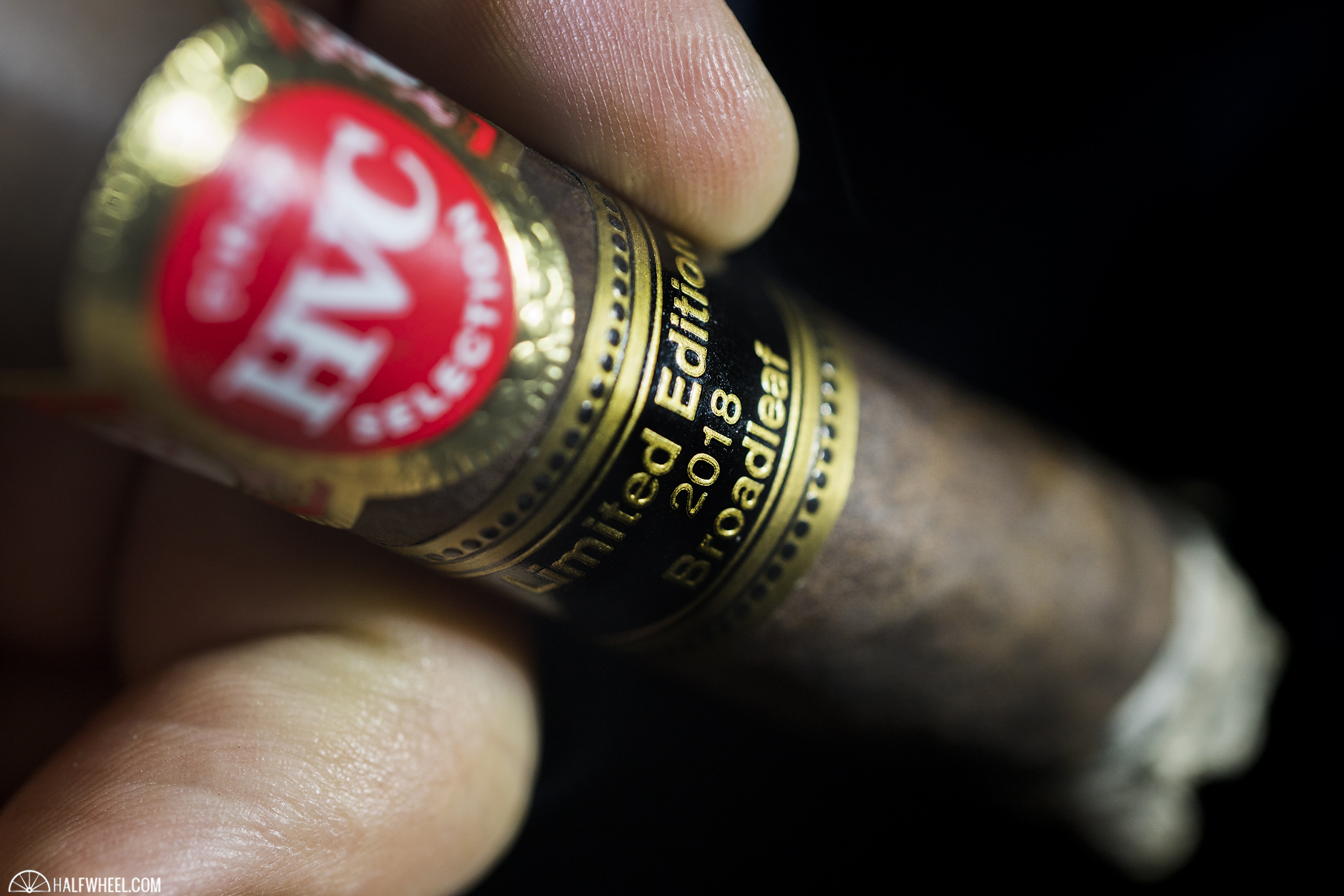 The final third keeps a lot of the flavors from the second third, though more of them are present without retrohales. Cinnamon, minerals, earthiness and cedar all can be the singular dominant flavor at any given time, seemingly rearranging themselves at every puff. While the mouth flavors aren’t particularly consistent, the retrohales are generally consistent with white pepper hitting the palate first before creaminess, coffee and that tangerine flavor help to calm down the flavor. Flavor is full, body drops to medium-full and strength remains medium-full. While construction is good on the first two cigars, the third one becomes challenging to smoke due to the knot that is sitting right where the main band is. I’m not really sure what to make of the HVC First Selection Broadleaf. For as good as the draw on the first cigar was, the final cigar got very tough to smoke, to the point where I stopped smoking it well before I normally would have stopped due to the tightness. Even beyond that, the flavors were not what I’ve come to like in HVC’s better blends, namely the La Rosa 520. While there was finesse in terms of the detail and unique flavors, it lacked the harmony that so oftentimes comes with the company’s cigars. I’m curious to smoke the other size to see if that helps things, but for now, I’ll just wait to see what the upcoming La Rosa 520 Maduro tastes like.