The Ramon Allones Hunters & Frankau Aniversario 225 measures 141mm (5 11/20 inches) x 50. It’s based off the gorditos vitola, but it features a rounded cap similar to the popular 109 vitola.

Hunters & Frankau says the cigars were rolled at Francisco Pérez Germán, the Partagás factory, between February and May 2013. The production run of 50,000 was produced by three rollers and the shipped to the United Kingdom where they have been resting since in preparation of their release on June 22. 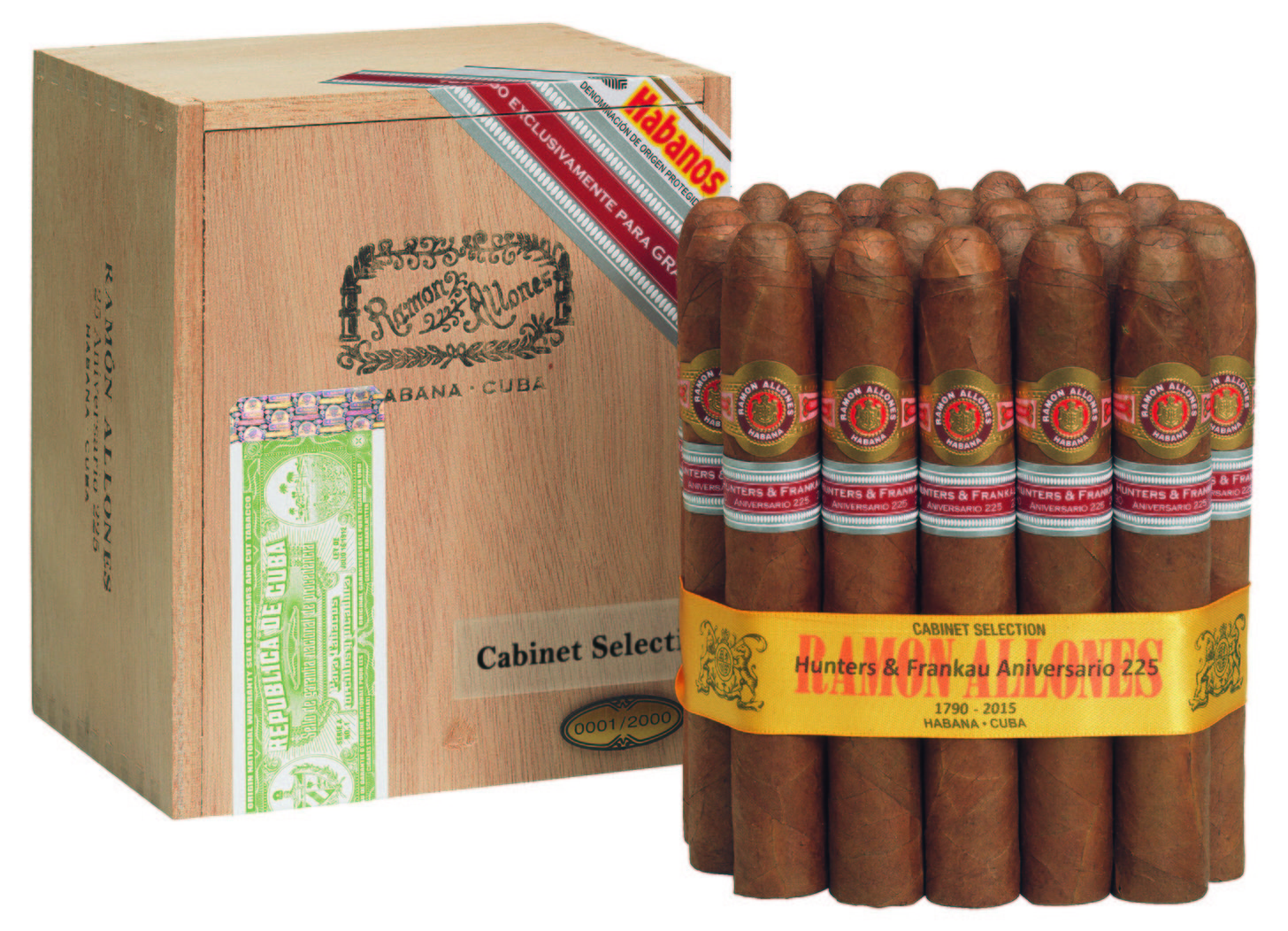 The cigars will be be packaged in numbered sliding-lid boxes of 25, which have a suggested retail price £675 or about $41 per cigar 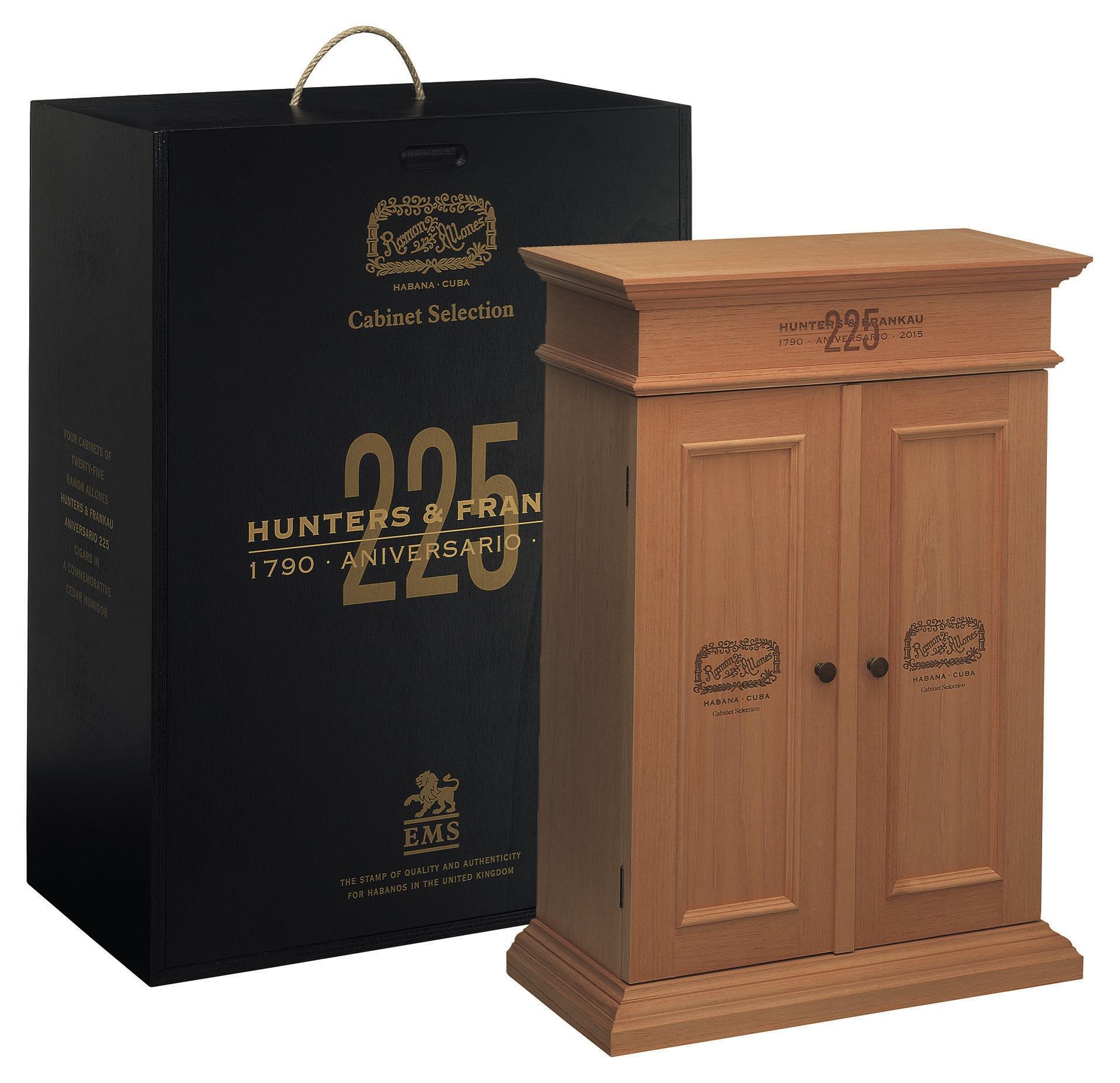 In addition, Hunters & Frankau has commissioned 225 commemorative humidors made by DeART S.r.l. of Calvenzano, Italy. Each humidor holds four boxes of the Ramón Allones 225th. It comes with two XIKAR humidifiers, 100 commemorative cigar spills for lighting and a 50cl bottle of Havana Club Hunters & Frankau Aniversario 225, which was blended by Asbel Morales, master blender for Havana Club.

There will be a total of 500 individually-numbered bottles produced. Hunters & Frankau has not said what it plans to do with the remaining bottles, although it indicated the bottles, which it values at £300 ($457 USD) per bottle, will not be for sale.