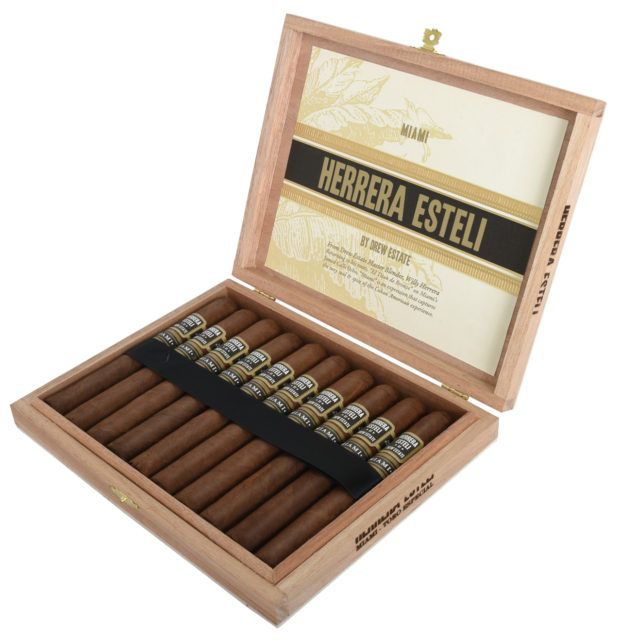 The Herrera Estelí Miami is shipping to retailers around the country.

Drew Estate announced that its new Herrera Estelí Miami line has shipped to Drew Diplomat Retailers around the country. While the line is new, the name is not. The Herrera Estelí Miami debuted in 2016 as a limited edition, single size release. Now the cigar is a regular production offering in five sizes.

Blend-wise it uses an Ecuadorian habano oscuro wrapper over an Ecuadorian Sumatra binder and fillers from the Dominican Republic and Nicaragua. While Drew Estate operates Nicaragua’s largest factory, this cigar is being made at a much smaller one in Miami: El Titan de Bronze, which is owned by Sandy Cobras, who is also Willy Herrera’s mother-in-law.

The amount of pride I feel unveiling the full Herrera Esteli Miami line to our most valued retailers is immense,” said Herrera, Drew Estate’s master blender, in a press release. “Getting to spend so much time in my family’s factory, El Titan de Bronze, I was able to personally supervise every step of the process to make sure the Miami’s are smoking excellently. I know, I smoked a ton of them!”