Fast forward to December 2018, when Crowned Heads announced another limited edition in the same blend as the Black Dog: a Connecticut habano wrapper covering a Nicaraguan binder and Nicaraguan filler tobaccos. The Headley Grange Black Lab is a 6 x 52 box-pressed toro was limited to 1,500 boxes of 12 cigars with each cigar carrying a retail price of $10.95. The one difference between the JR Cigar exclusive and the Black Lab is that the latter is box-pressed.

As with the original Headley Grange blend that it is based on, the name Black Lab is a reference to Led Zeppelin: specifically the song “Black Dog,” which itself referred to a black Labrador retriever that was found hanging out around the recording of the song.

There have now been four different vitolas released in the same blend. 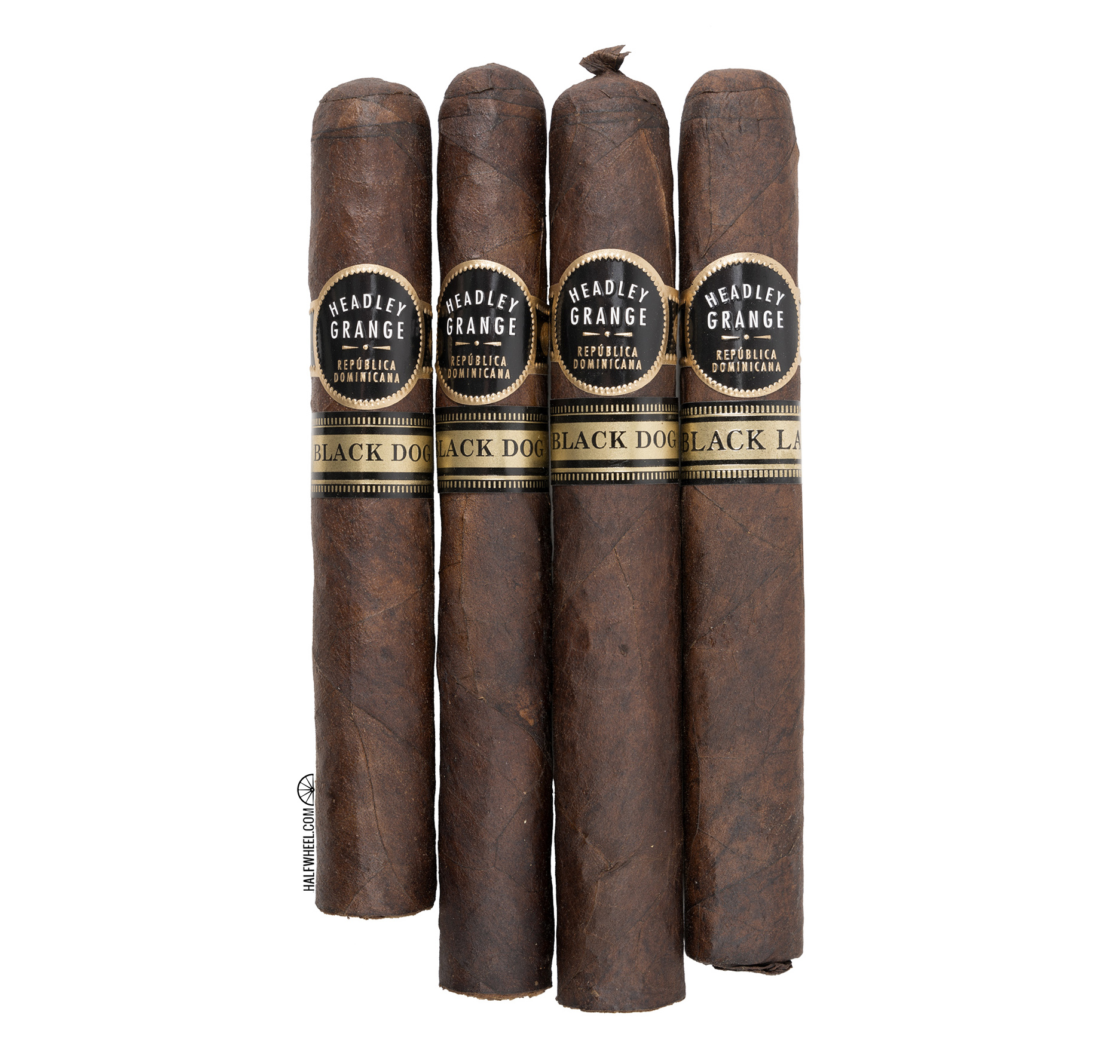 Visually, the Headley Grange Black Lab LE 2018 is quite attractive when held in your hand with an extremely rustic espresso brown wrapper that is exceedingly rough to the touch. Both the soft box-press and a number of overt veins are easily noticeable, while the covered foot is a nice touch. Aroma from the wrapper is a combination of strong manure, earth, cocoa nibs, hay, peanuts and black pepper, while the cold draw brings flavors of bourbon-soaked oak, bitter dark chocolate, leather, earth, cherry sweetness and a touch of spice on my tongue.

From the start, the Headley Grange Black Lab LE 2018 features two main notes that are immediately apparent: the dominant flavor on the palate is a slightly less complex version of the bourbon-soaked oak note from the cold draw, while there is also a significant amount of spice on my tongue that really makes me sit up and take notice. Other notes of dank earth, grits, leather, hay, dark chocolate and almonds flit in and out, while a very nice—and very distinct—cherry sweetness is obvious on the retrohale. In terms of construction, the smoke production is thick and copious from the foot, and while the draw is excellent after a straight cut, the burn starts to waver enough that I am forced to touch it up to keep it from getting out of control. Strength-wise, the Black Lab LE 2018 starts off and ends the first third basally in the same place, namely close but not quite hitting the medium mark. The dominant flavor continues to be the same bourbon-soaked oak during the second third of the Headley Grange Black Lab, and while the spice from the first third has died down noticeably, it is still readily apparent on the palate. The profile is also interspersed with additional flavors of bitter powdered chocolate, espresso beans, leather, grass and earth. Smoke production is still well above average, while the draw remains excellent and the burn has thankfully evened up nicely. Interestingly, the overall strength has not increased all that much, and it once again fails to hit the medium mark by the end of the second third. Although the dominant flavor shifts to a distinct black licorice note in the final third of the Headley Grange Black Lab LE 2018, the bourbon-soaked oak flavor remains a major part of the profile, along with some black pepper on the retrohale. Additional flavors include hay, leather, bitter dark cocoa, almonds and freshly roasted espresso beans along with just a touch of the spice that has been present for the entire cigar. While the cherry sweetness from the previous two thirds is still present as well, it is noticeably reduced from its high point early in the first third. Construction-wise, both the draw and smoke production continue to impress, and while the burn is far from razor sharp, it does not need any attention from my lighter. Finally, the strength increases just enough to hit the medium mark by the end of the final third, although it never came close to threatening to go any higher. I am always a bit skeptical when I hear that a manufacturer is taking an existing internal blend and adding a different wrapper: will the change raise the bar on the profile or will it end up as a failed experiment in blending? Thankfully, the Headley Grange Black Lab LE 2018 is in the former category, featuring a complex profile of bourbon-soaked oak, black pepper, ever present spice and cherry sweetness. There were some minor burn issues in two of the samples and the distinctness of the flavors in the profile does seem to fade a bit in the final third, but neither of those issues come close to ruining what is an excellent, well-blended and well-balanced release from Crowned Heads.