The XX Festival del Habano has kicked off in Cuba and as is customary, the company has announced its sales figures from previous years. 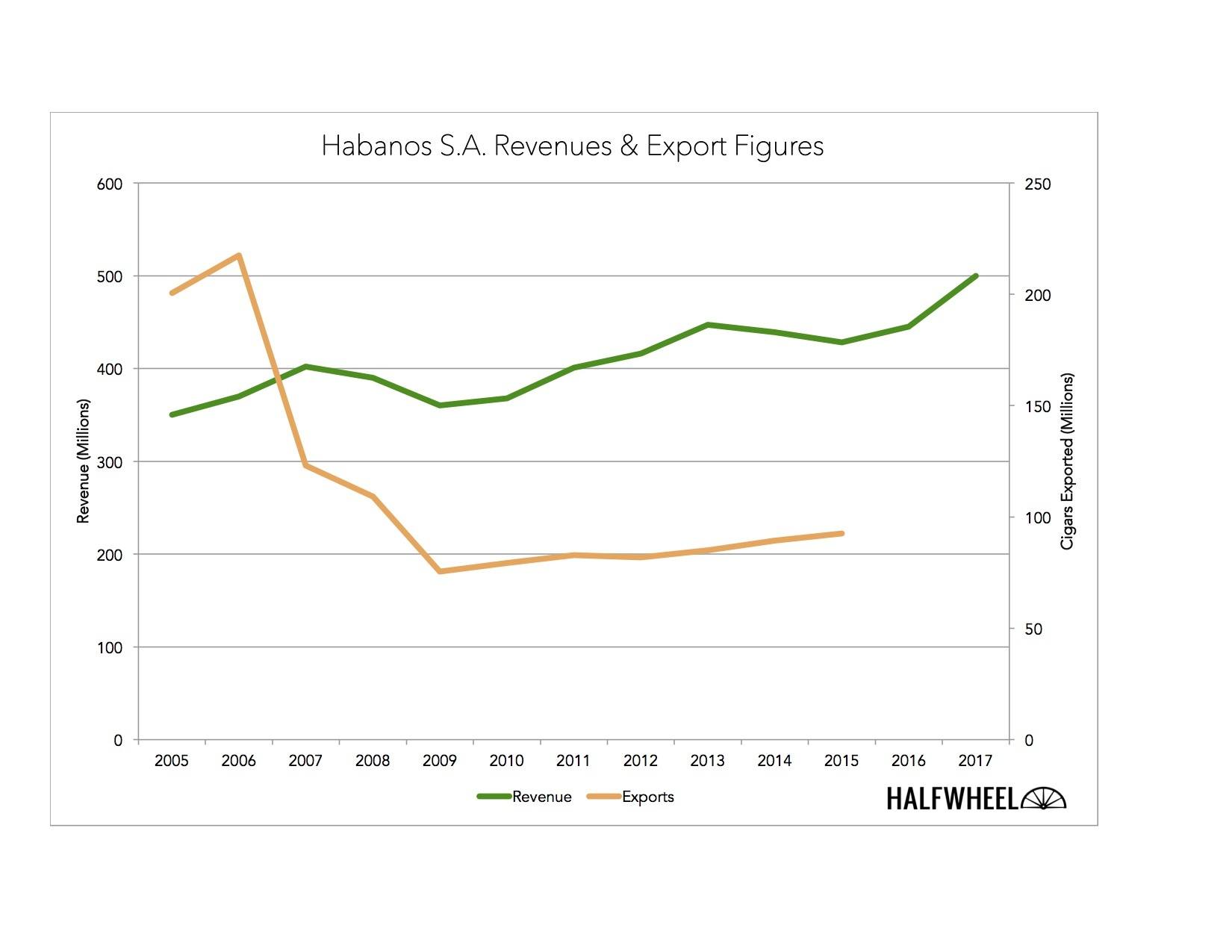 Notably, the company said it grew revenues to $500 million, up from $445 million in 2016. It’s a massive jump—12.36 percent—and the highest revenue the Cuban cigar company has claimed in the last decade.