To kick off the XVIII Habanos Festival in Havana, Cuba this morning, Habanos S.A. revealed a number of new limited edition cigars, including what the company calls the most exclusive Cohiba ever released. 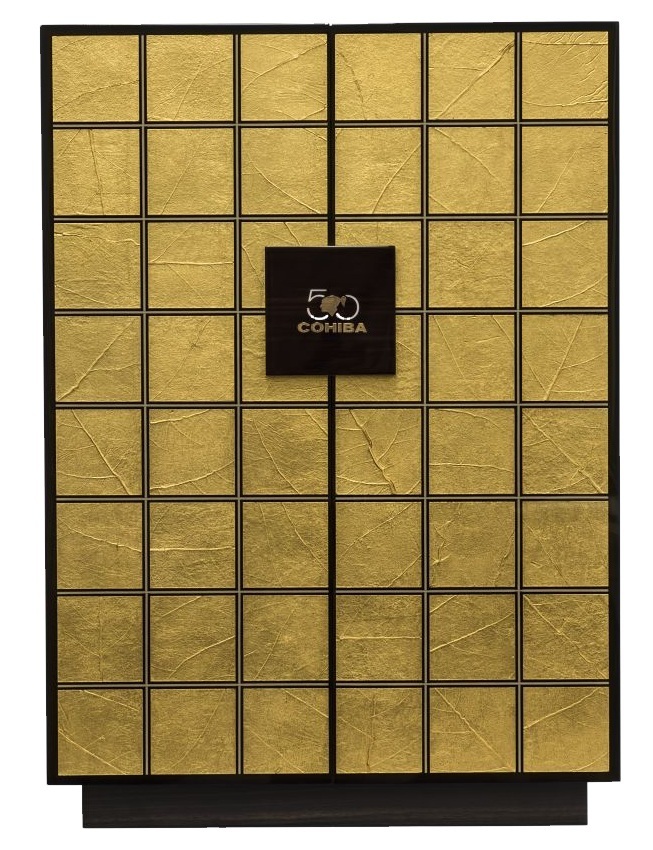 The showpiece of the new releases is the Cohiba 50 Aniversario humidor cabinet, which is lined with Cuban ligero tobacco leaves that have been plated with 24-carat gold and uses ebony, macassar, sycamore and cedar in its construction. Only 50 units are being produced by Elie Bleu, and each one will be numbered and personalized with the owner’s name. Inside each humidor is 50 of the first 60 ring gauge cigar to come from Habanos, the Cohiba 50 Aniversario, which measures 7 x 60 and has been given the vitola name grandiosos.

Also inside the humidor are several accessories: a travel humidor for five cigars, a handmade leather cigar case and an ashtray crafted with the same cabinetmaking technique used for the outer part of the humidor and finished in refined Armenian obsidian. Additionally, each cabinet is outfitted with a device that allows the owner to keep track of both temperature and humidity conditions inside the humidor from a smartphone or tablet by way of an exclusive app. That app will also become an exclusive communication channel for other releases as part of the brand’s 50th anniversary, as well as give the owner the chance to have a digital copy of his or her certificate of ownership and authenticity.

The first of these 50 humidors, number 01, will be sold by auction during the festival’s closing gala dinner. In June, the other 49 humidors will be auctioned off among Habanos S.A.’s distributors and dealers from around the world. The company has said that it expects to reach the highest bidding price ever paid for a cigar. 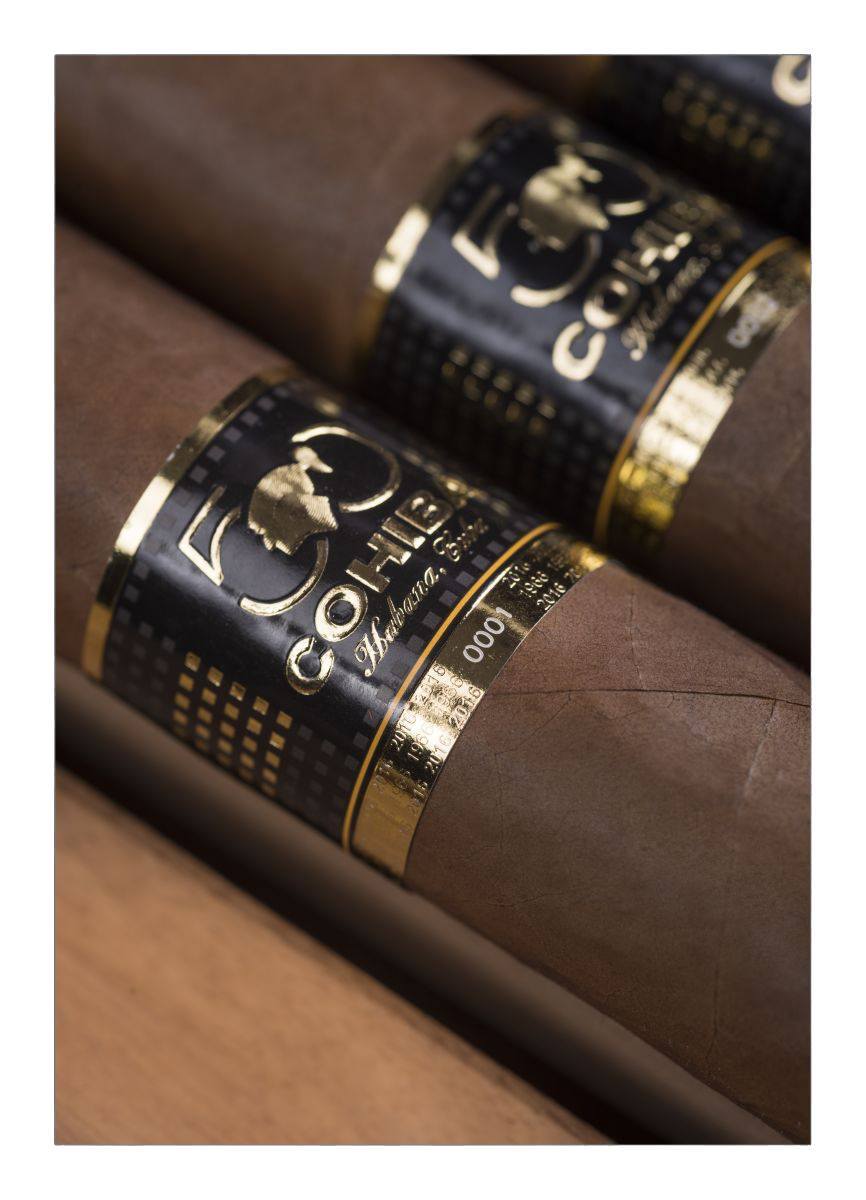 Each of the leaves used for the Cohiba 50 Aniversario were handpicked from tobacco grown in the San Juan y Martinez and San Luis regions of Pínar del Río, collectively known as Vuelta Abajo. Additionally, the seco and ligero leaves underwent an additional fermentation process in barrels.

The Cohiba marca is getting two more releases as part of its 50th anniversary, the first of which is the Cohiba Majestuosos 1966, a 5 9/10 x 58 vitola that will come in a vintage style humidor limited to 1966 units. Each unit will contain 20 cigars, with the blend described by the company as being strong and complex with intense flavors.

The second is the Cohiba Medio Siglo, a 4 x 52 petit robusto which joins the Línea 1492 line and will come in 25-count sliding lid boxes as well as three-count aluminum tube packs.

“In just fifty years, Cohiba has become a symbol of exclusivity, distinction and innovation,” said Inocente Núñez Blanco, co-president of Habanos S.A. “With the recent brand launches, especially the Cohiba 50 Aniversario, we wanted to pay a befitting tribute to this authentic icon”,

Also presented at this morning’s trade show was the Hoyo de Monterrey Epicure No.2 Cosecha Reserva 2012, the new regular production H. Upmann Magnum 54, and the Cuaba 20 Aniversario, which celebrates that marca’s 20th anniversary. On the business side of Habanos S.A., the company reported a 4 percent growth rate in sales since last year, with the company claiming to maintain 70 percent share of the global cigar market.