For the second consecutive year, Habanos S.A., the company behind the sales and marketing of Cuban cigars, generated less revenue than the year before; only the company is claiming that revenue is up.

And they may not be lying.

In 2015, the company generated $428 million in revenue—compared to $439 the year before—but it actually claims that revenue is up 4 percent at constant exchange rates.

Because Cuba’s current is directly based on the U.S. dollar—and the dollar has been strong compared to most European and Asian currencies—Habanos S.A. likely had a better year last year than in 2014, even if there’s less money heading to the government’s bank account. 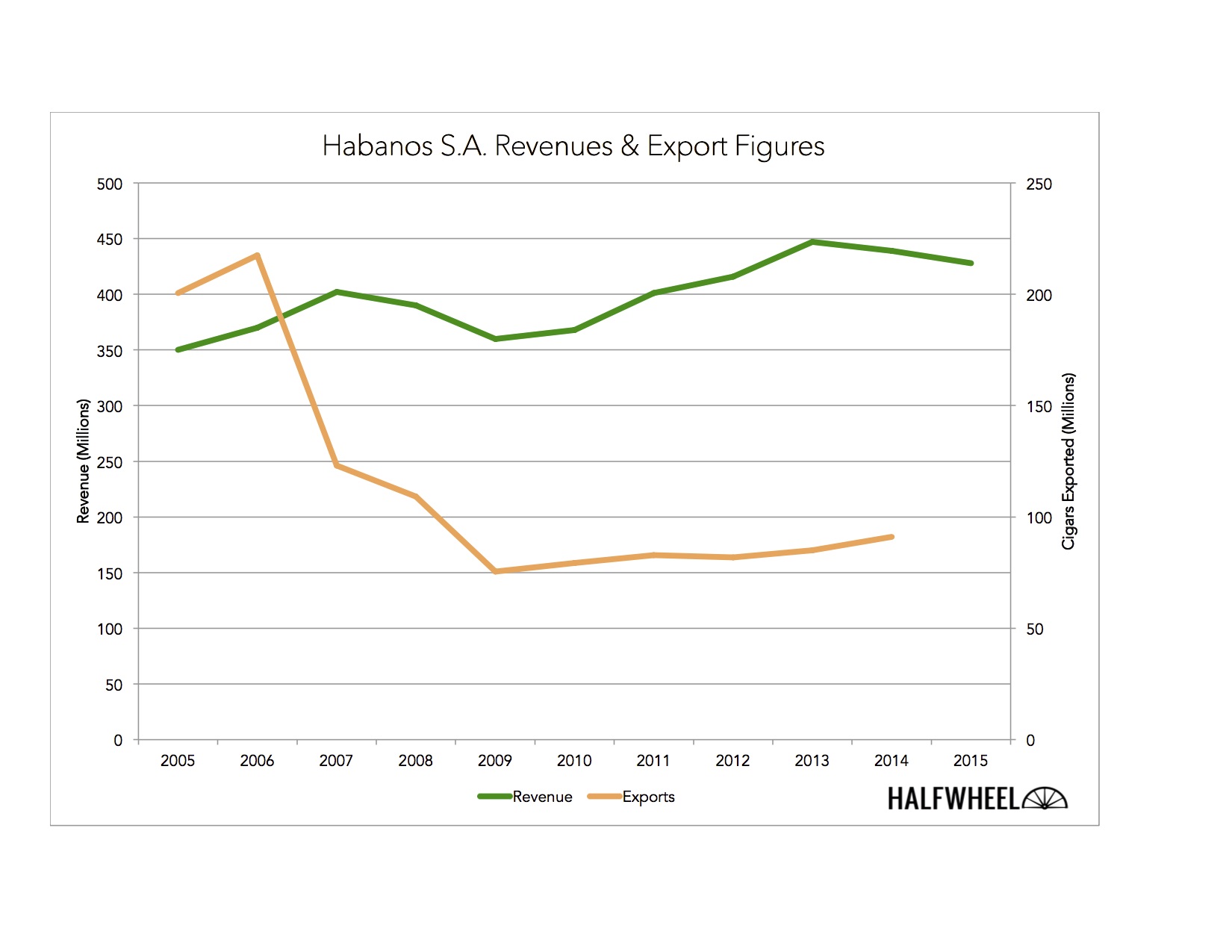 The company did not announce export figures for 2015, something that will likely happen later in the year.

In 2014 the company reported 91 million cigars, compared to 85 million in 2013. However, a strong dollar meant that the company generated only $439 million in revenue compared to $447 million the year before, despite a 7 percent increase in cigars exported.