There have been many different attempts by two of the giants of the American cigar industry—Altadis U.S.A. and General Cigar Co.—in using AJ Fernandez to make the company’s cigars. Combined, the two companies have most of the American trademarks of active Cuban brands and at this point, it’s probably more a question of which one of those brands hasn’t had a cigar made by AJ Fernandez than the ones that have.

As such, there have been hits and misses in terms of sales success, though I’m not sure there’s been a more bonafide success than one of the first AJ Fernandez-made Cuban legacy brand cigars, the H. Upmann by AJ Fernandez.

It uses a Brazlian mata fina wrapper overtop of an internal blend of Nicaraguan tobaccos grown by AJ Fernandez. It debuted at TPE 2022 in January, and is offered in five vitolas: 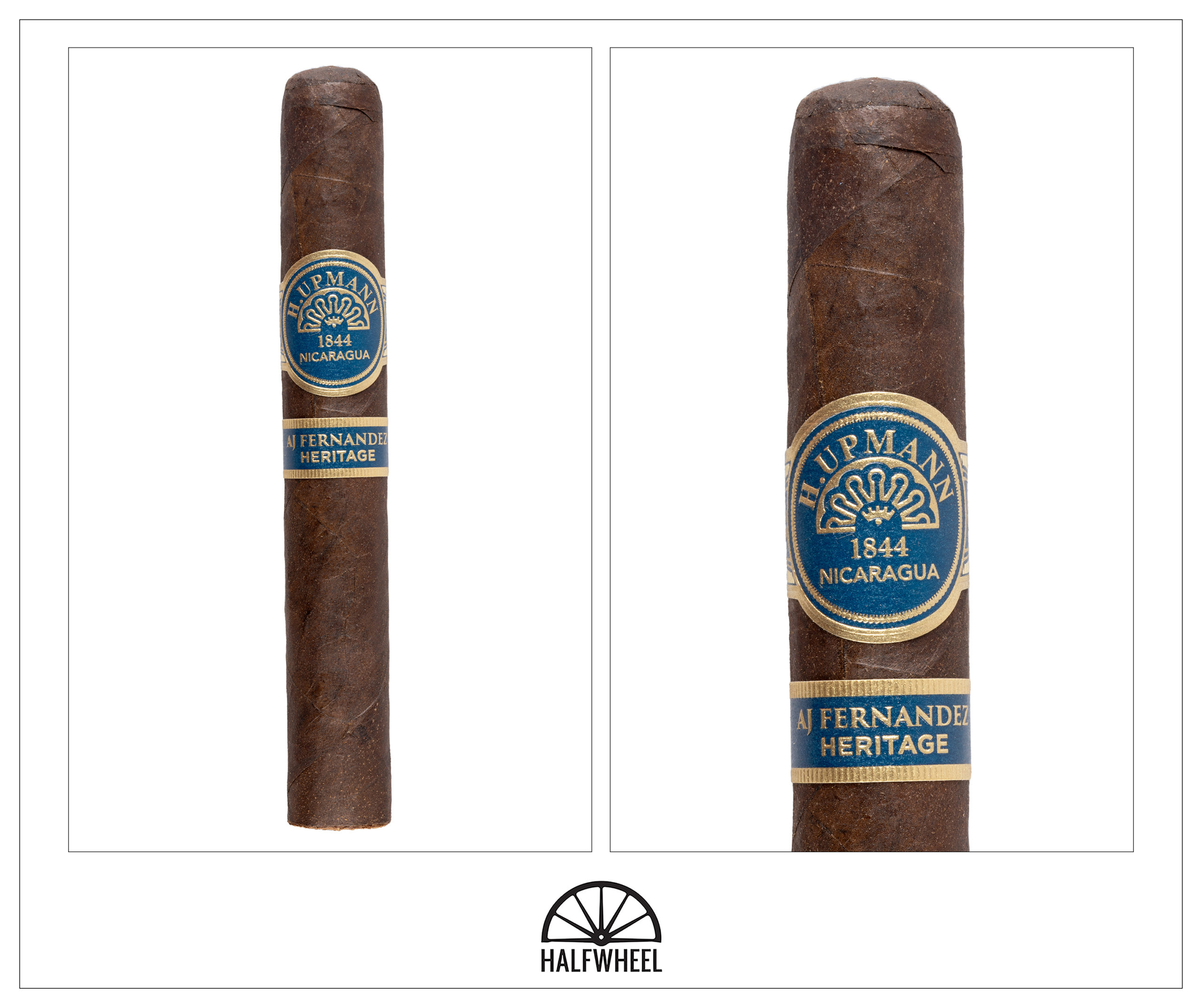 While not Onyx-level jet black, this is a very dark wrapper color. It’s very matte-looking, with no oils present. The cigar is a nice cylinder shape, though the seams aren’t entirely flat in various points of the cigars. Nothing seems too far out of place, but it’s very easy to see some small openings. In the hand, the H. Upmann Nicaragua AJ Fernandez Heritage has a gritty texture and I notice that each cigar is very firm. The aroma from the wrapper is led by a smell that reminds me of freshly rained on mud, along with leather and some mild sweetness rounding out the medium-full array of flavors. The foot is more intense with barnyard, milk chocolate, a smell that reminds me of a bag of beef jerky and lots of sharp red pepper. The first cold draw of each cigar has a blast of red pepper that overwhelms the profile and gives me reservations about additional cold draws. Fortunately—as is often the case—subsequent cold draws are a bit different with barnyard, leather, raisin and a sweet barbecue sauce.

The H. Upmann Nicaragua AJ Fernandez Heritage Toro begins with lots of earthiness leading yellow mustard, leather and some muted black pepper. It takes five or so puffs, but the profile comes fully alive and when I say fully alive, I mean turned up to 11. There’s a toasty earthiness that leads the profile over leather, sawdust and some irritation in the back of the throat. For most of the first third, I’d describe the flavors as battling one another for the top spot. The finish sees the sawdust flavor come alive and leads the fray, though creaminess, cinnamon candy and saltiness do a lot to add complexion to the profile. Retrohales are more intense than the main flavor, led by red pepper, cinnamon and charred earthiness, though I find some black pepper and leather in there as well. The finish has toastiness, nuttiness, leather, red pepper and black pepper. Flavor is full, body is medium-plus, strength is medium-plus. Draw and smoke production are excellent; burn is pretty good though it’s slightly uneven, albeit not at a level where I feel like corrections are needed.

Fortunately, the profile clams down a bit in the second third, yet it is still very full. Compared to most cigars, I’d still describe it as overwhelming, but I no longer have a desire to grab some water after every puff; now that desire arises maybe every third puff. I find the earthiness to take on a flavor that reminds me of a pile of leaves instead of the wet mud style from earlier. It’s joined by toastiness, almonds, meatiness, leather and sharp pepper that is like the flavor of black pepper but it engages the palate more like white pepper. The individual flavors seem like they are constantly in motion, adjusting their intensities nearly every second. The finish keeps the similar earthiness, now joined by burnt coffee, saltiness, peanut butter and black pepper. Outside of the earthiness, the flavors are rather even in terms of intensity, though the black pepper and a toastiness outlast the rest of the flavors. Retrohales still have earthiness, leather and pepper, but there’s a big starchiness that I can’t quite identify that really coats the palate and affects the texture of the flavor. That starchiness remains for the finish, joined by a vibrant leather, saltiness and meatiness. Flavor is full, body is medium-plus, strength is medium-full. Construction is great with massive smoke production, an easy draw and a slightly uneven burn line. 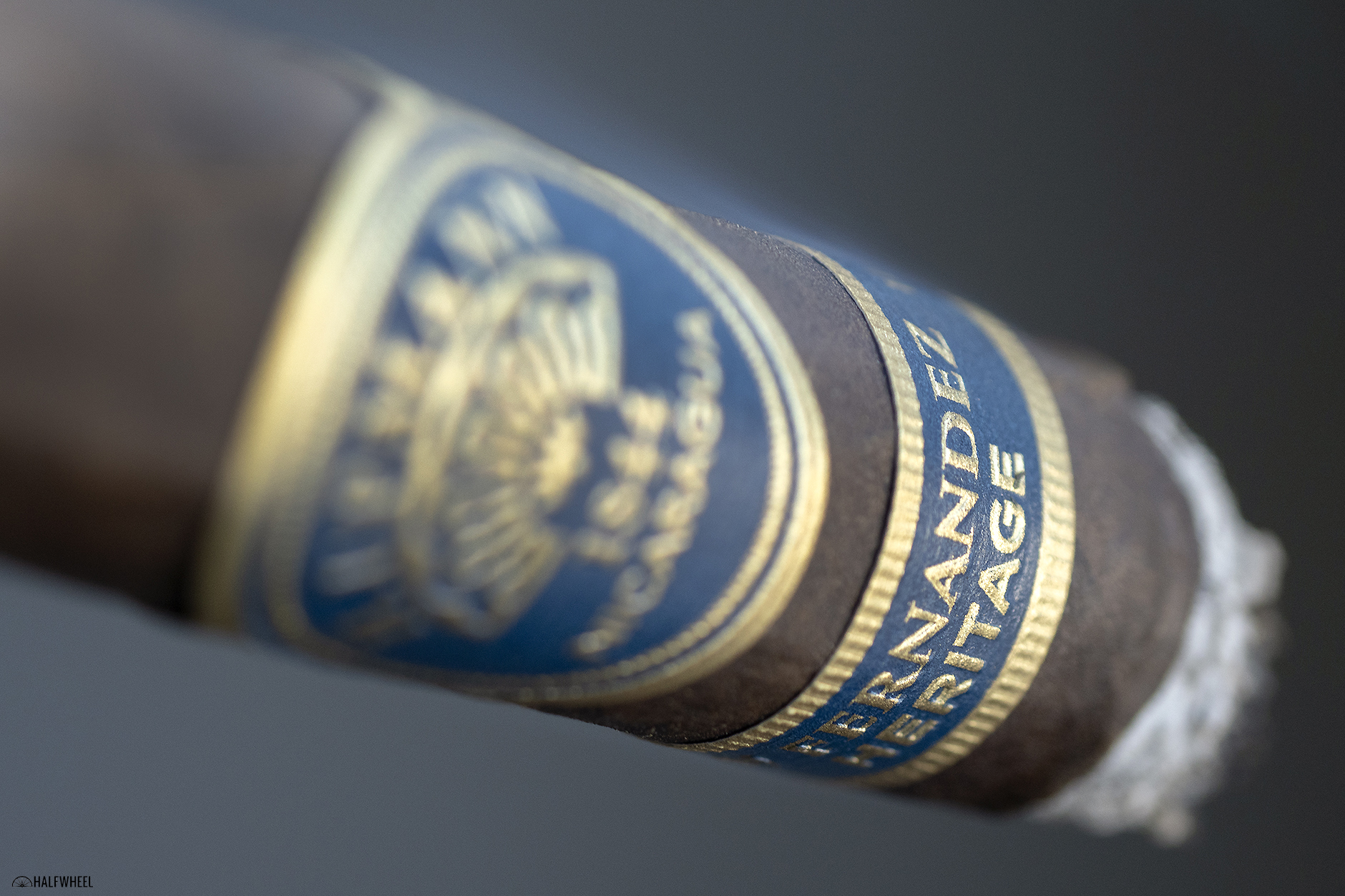 While not as dramatic of a change as the one between the first and second thirds, there’s a very clear shift in the final third. A fairly balanced profile includes leather, a mineral-laden earthiness, saltwater-like saltiness and grain cereal. The finish has a dry earthiness that is more terroir-like than the earthiness has been up until this point, as well as black pepper, cashews, leather and some isolated toastiness. Retrohales are drier with grain, some irritation on the tongue and a mild amount of cinnamon that builds into the finish. The retrohale’s finish is odd as it’s drier than the rest of the profile, but there are also bits of sugar. At its core, it’s still led by earthiness, joined by a familiar harshness that is more irritation than pepper, soy-sauce like notes and some black pepper, though it’s only in the nostrils whereas most of the rest of the flavors are in both the nose and mouth. Flavor is full, though milder than before, body is medium-full and strength is full. A touch-up is needed on each cigar to correct the uneven burn, though it also helps to increase the smoke production back to the level that it was at previously. 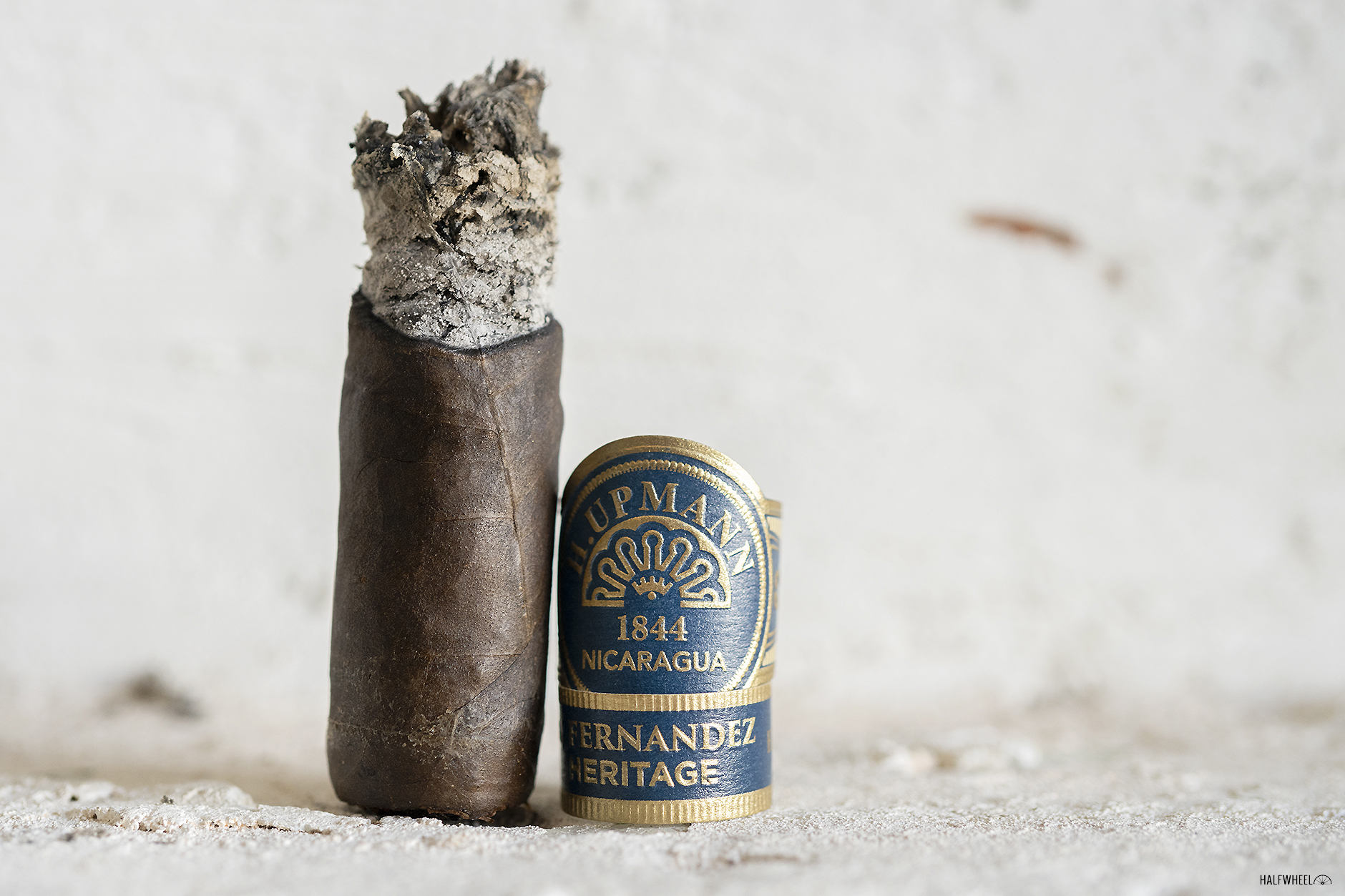 The H. Upmann Nicaragua AJ Fernandez Heritage Toro reminds me of an overproof bourbon like Booker’s. This is not the profile that I would regularly choose, but I know it’s one that will have an audience—however small—that will love it. And in that regard, I think it’s a pretty compelling case. If you want a cigar that’s cranked up to 11 in just about every regard, the H. Upmann Nicaragua AJ Fernandez Heritage does the job. Even the third most aggressive flavor would be stronger than the leading flavor in the majority of cigars on the market. It’s balanced only in the sense that everything is to the extreme. Given people's ability to associate strength only with nicotine, it’s a bit interesting that the most restrained thing might be the nicotine, which is just “strong” rather than “very strong.” Regardless, much like Booker's, this is a cigar that is going to require a very specific type of consumer to enjoy and could easily scare off novice cigar smokers.