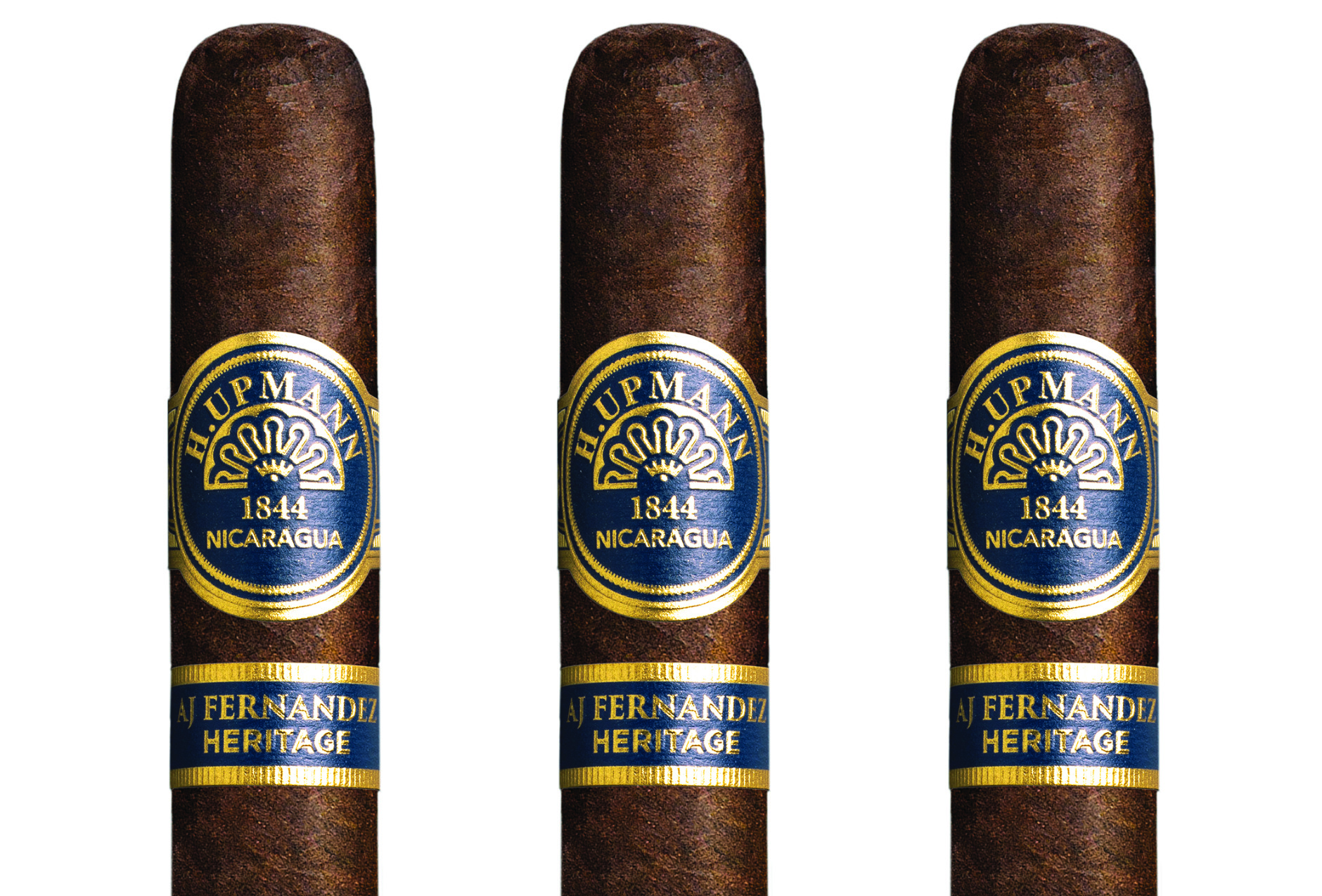 There will be a new addition to the non-Cuban H. Upmann lineup next month, and it is scheduled to debut at the 2022 Tobacco Plus Expo.

It is the H. Upmann Nicaragua AJ Fernandez Heritage, and as the name suggests, the line is being made by Abdel Fernández. It uses tobacco grown on his farms in Nicaragua for the binder and filler. The wrapper, which isn’t grown by Fernández, is a Brazilian mata fina leaf which Altadis describes as being triple fermented. The company calls it medium-to-full bodied. The line is being released in five sizes:

The line is scheduled to ship to retailers beginning on Jan. 26.