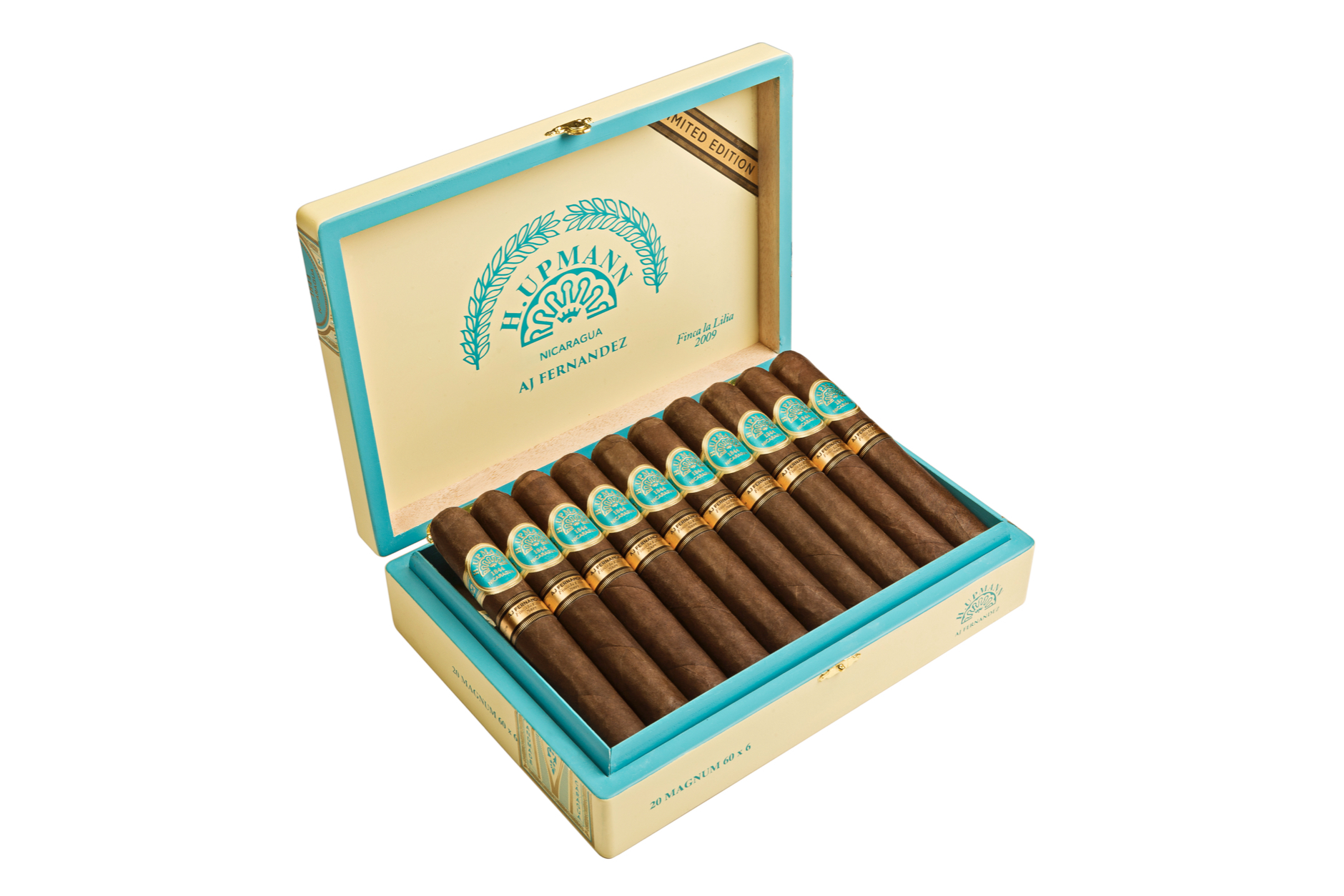 The H. Upmann Nicaragua by AJ Fernandez is getting a limited edition this month, a 6 x 60 gordo that uses tobacco from the 2009 crop of Fernandez’s Finca La Lilia farm, the first crop to make it into a cigar.

According to a report by Cigar Aficionado, the cigar shares the majority of the regular line’s blend, meaning a Nicaraguan corojo 99 binder and a filler of Nicaraguan criollo 98 and Dominican piloto cubano. The Ecuadorian Sumatra wrapper is a higher priming, which gives it added strength, however. While the farm is in Nicaragua, the company has not disclosed just what tobaccos are from that 2009 crop.

The H. Upmann Nicaragua by AJ Fernandez Finca La Lilia 2009 is slated to begin shipping to retailers on Sept. 30 and will be priced at $12 per cigar. It is offered in 20-count boxes, with just 375 produced for a total of 7,500 cigars.

The regular H. Upmann Nicaragua by AJ Fernandez, which debuted in 2017, is available in five other sizes:

A representative of Tabacalera USA, the parent company of Altadis U.S.A. confirmed the accuracy of the report though declined to speak further on the new cigar, saying that a formal announcement was planned for Monday.