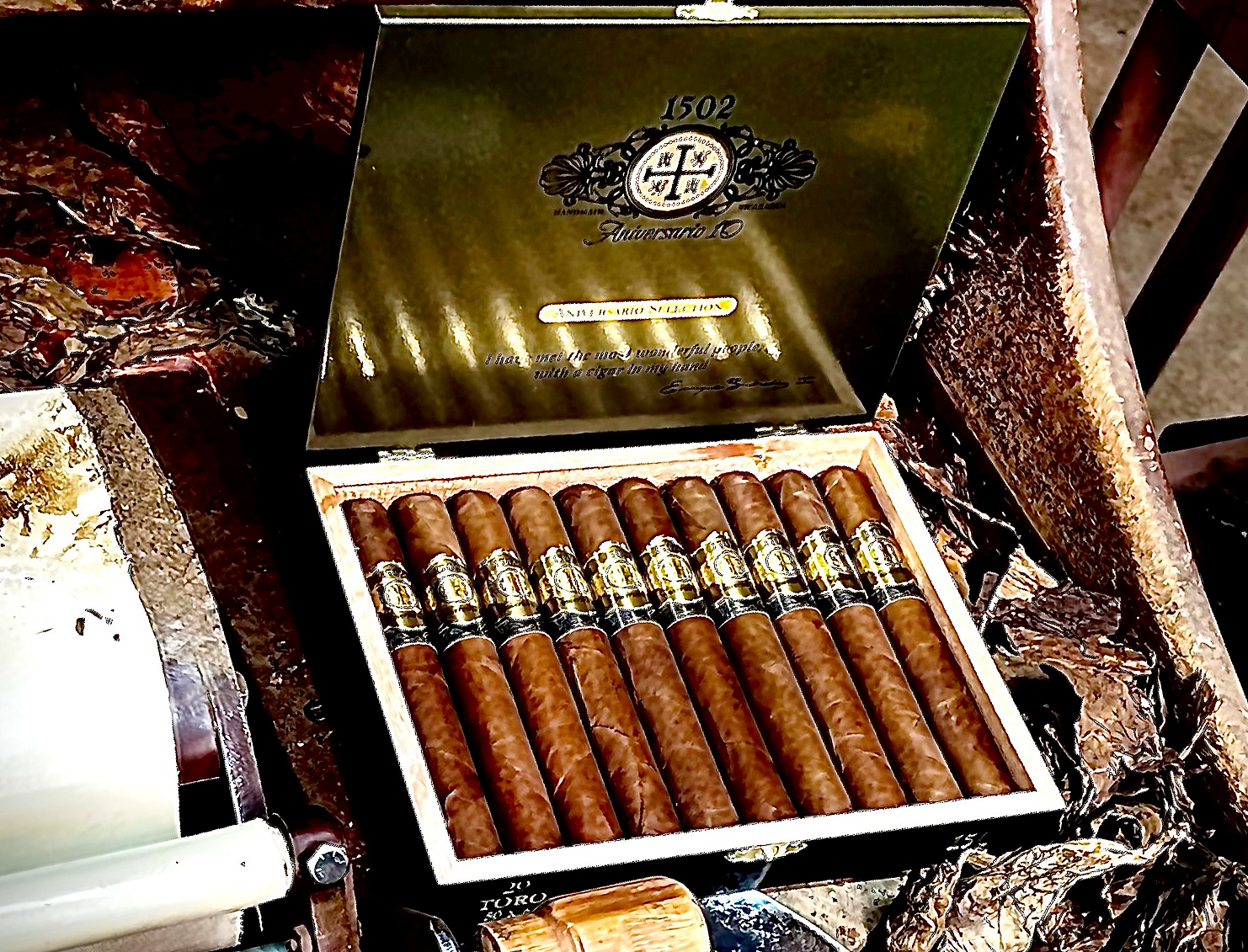 Global Premium Cigars—the company behind the 1502 brand— will be releasing a new cigar commemorating its 10th anniversary during this year’s PCA Convention & Trade Show.

That cigar will be the appropriately named 1502 Aniversario 10 and it will debut in a singular 6 x 50 toro vitola with an MSRP of $14 each that will be packaged in 10-count boxes. Blend-wise, the cigar will be composed of an Ecuadorian habano wrapper covering a Mexican San Andres binder and filler tobaccos grown in Nicaragua.

Enrique Sánchez founded Global Premium Cigars in 2012 as a tribute to his home country of Nicaragua; in fact, the 1502 brand is a nod to the year Christopher Columbus discovered the country. According to Sánchez, the regular production creation is being rolled at the Tabacalera AJ Fernandez Cigars de Nicaragua S.A. factory and will be packaged in 10-count boxes that are scheduled to begin shipping to retailers in July.