April 21, 2014 (Miami, Fla.)–Nicaraguan manufacturer and seller of 1502 Cigars, Global Premium Cigars, is pleased to announce their new vitola for the well-reviewed 1502 Emerald: Lancero.

The Lancero vitola is sure to strengthen the already highly-rated 1502 cigar line. Measuring 7” x 40,” the Lancero offers the popular Nicaraguan blend present in all 1502 cigars, and is also finished with the signature “Cigar Lock,” a partially covered foot. The Lancero Emerald will also be offered in boxes of 25, box-pressed. 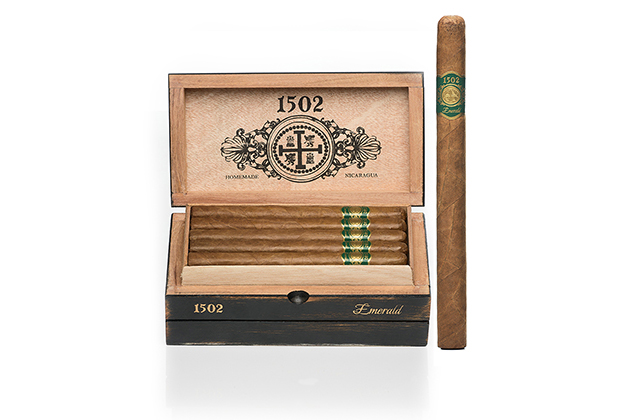 Current 1502 tobacconists interested in purchasing the cigars, can easily contact the Global Premium Cigars by emailing: [email protected] and new tobacconists can easily sign up at: http://www.globalpremiumcigars.com/prospective-stores

1502 Cigars CEO Enrique Sanchez anticipates cigar aficionados everywhere to be thrilled about this new vitola. “The Greatness lies in the power of being different,” he stated. Individuals interested in this new Lancero Emerald are encouraged to order before supply runs low.