It should come as no surprise that questions surrounding the future of Habanos S.A. as it pertains to the U.S. market would be among those asked at the press conference that kicked off the Festival del Habano XVII, i.e. Habanos Fest(ival), today, but not only was it the first one asked, it was the bulk of the topics raised by members of the media.

Speaking for Habanos S.A. were Jorge L. Fernández Maique, vp commercial, and Javier Terrés Ercilla, vp desarrollo. Their answers centered around the same general theme: that Habanos S.A. welcomes the competition and it will come out on top, seeking to gain the same 70 percent market share that it holds around the world, with a goal of 10 years to reach that level. 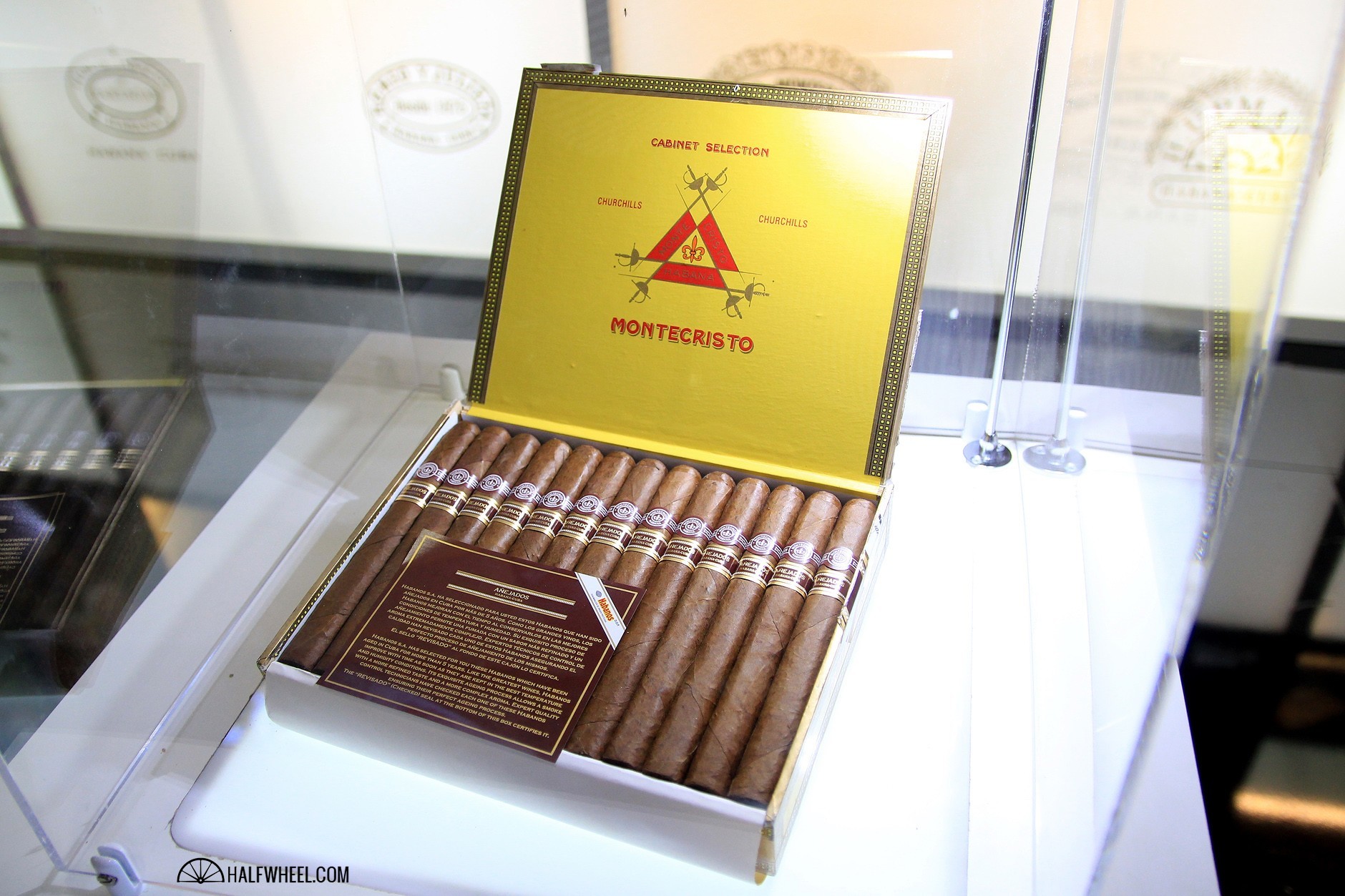 It was an interesting follow up to last week’s ProCigar Festival in the Dominican Republic, whose press conference saw a similar set of questions, though the challenge that the dropping of the embargo will present seemed to be a bit more readily accepted by the Dominicans. As Litto Gomez said, the Dominican manufacturers said they welcome the challenge and don’t fear anyone, a sentiment issued by the Cubans after the press conference. Both Fernández and Terrés said that Habanos S.A. is looking forward to the competition and proving that the Cuban cigars will be the preferred cigar in the United States just as it is across the world.

As far as the growth process to get to that point, Habanos S.A. is forecasting that they could have between 25-30 percent of the American market in the first year, a number of between 70-100 million cigars.

It certainly presents a challenge in terms of ramping up production to meet the demands, but the spokesmen both said that Habanos S.A. has a plan in place and constantly reviews it to make sure it is ready if and when the opportunity arises, including methods that they said will preserve the quality of Cuban cigars amidst a rapid increase in demand.

They also reiterated that even if the American market opens, Habanos S.A. will not neglect its existing markets, something that seems to be a bit of a concern among certain distributors and retailers.

The pair also addressed the growing attempts by Dominican and Nicaraguan companies to capture cigar smokers in their current strongholds, markets such as Spain, France, Germany, Switzerland and other parts of Europe.

Speaking of cigars in other parts of the world, the question was asked whether Habanos S.A. had felt any impact from manufacturers in other parts of the world trying to compete with Cuban cigars, and the simple answer was they had. The explanation was that since the majority of those companies were starting from having no presence, there would be some shuffling of purchases by customers. While they again said they welcome the competition, they believe that only time will tell whether or not cigars from other countries will be able the ground they recently acquired.

There was also a suggestion made that these manufacturers could be preparing for the eventual loss of market share in the United States when the embargo drops and their products will have to compete directly with those from Cuba. 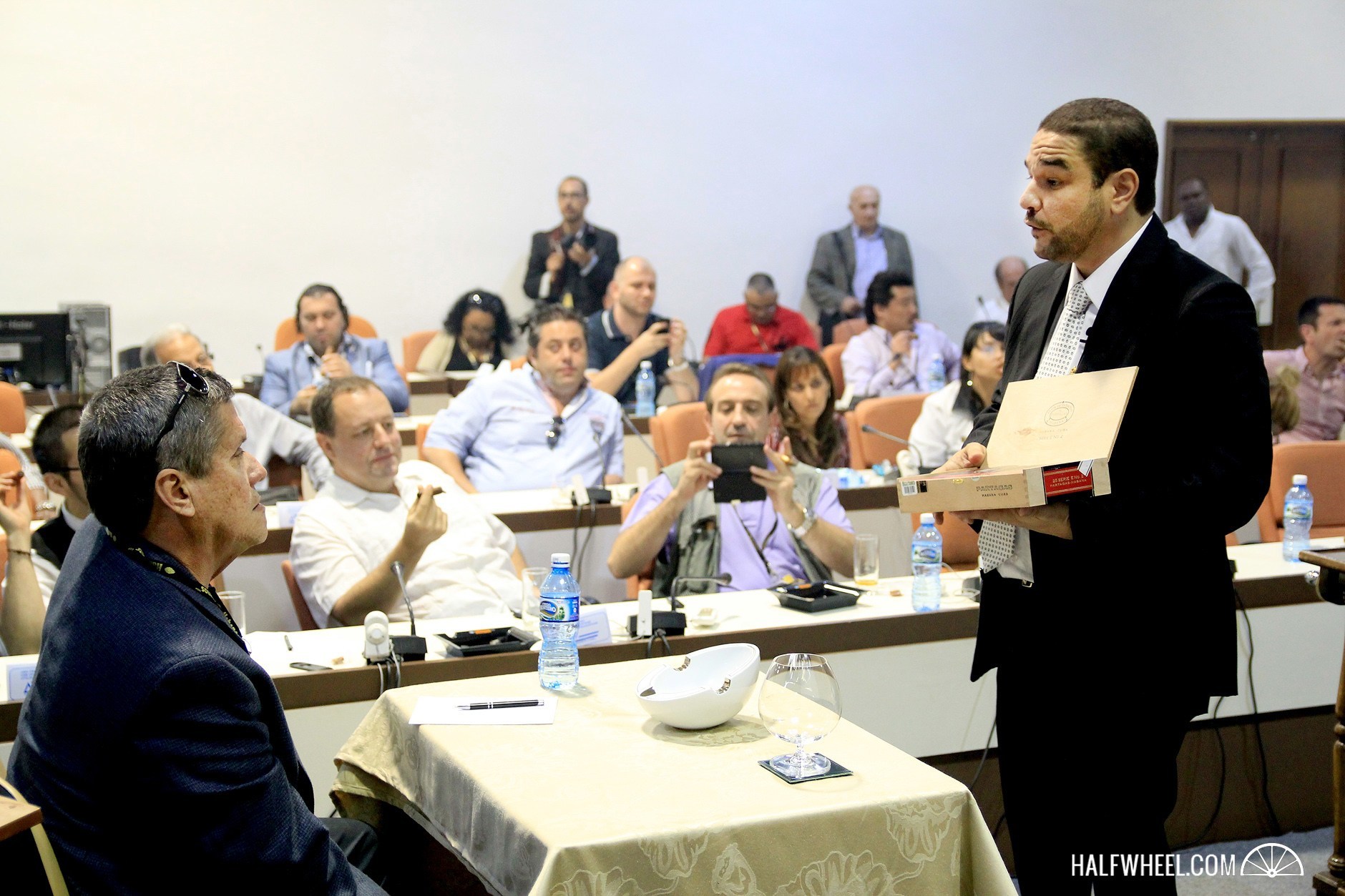 The second phase of the day held the preliminary course of the 14th International Habanosommelier contest, with nine contestants from around the world seeking to impress a panel of seven judges with their pairing of a Cuban cigar and spirit or wine of their choosing, as well as demonstrating their knowledge of the flavors and styles in the Cuban portfolio. Each contestant was the winner of a competition in their home country that allowed them to advance to the one held during the Habanos Festival.

The format for the contest involves one of the judges being paired with a contestant while the other six watch and observe, noting which ones they believe will advance to the next round of competition based on their presentation, knowledge, and technical abilities. It’s designed to mimic a customer-sommelier interaction, though the judge doesn’t request a certain cigar or pairing. Throughout the 30 minutes that the contestant has, the judge asks questions about the pairing, as well as other cigars contained in the humidor on stage, the history of certain brands and the contestant’s background that got him or her to this point. Some seemed more elementary to judge the contestant’s ability to answer more novice questions a customer might have, while others were more advanced and demanding.

It was easy to see the nerves that were affecting some of the contestants, some of whom travelled from Russia, Mexico, the United Arab Emirates and many other countries, as well a local contestant from Cuba. Between the potential language differences and being on a global stage with numerous cameramen and judges—both official and not—while trying to get through their 30-minute presentation, it certainly appeared to be a high-stress challenge, though there were a few who were clearly much more comfortable with the format and interaction. The winner will be announced during Friday’s gala conclusion dinner. 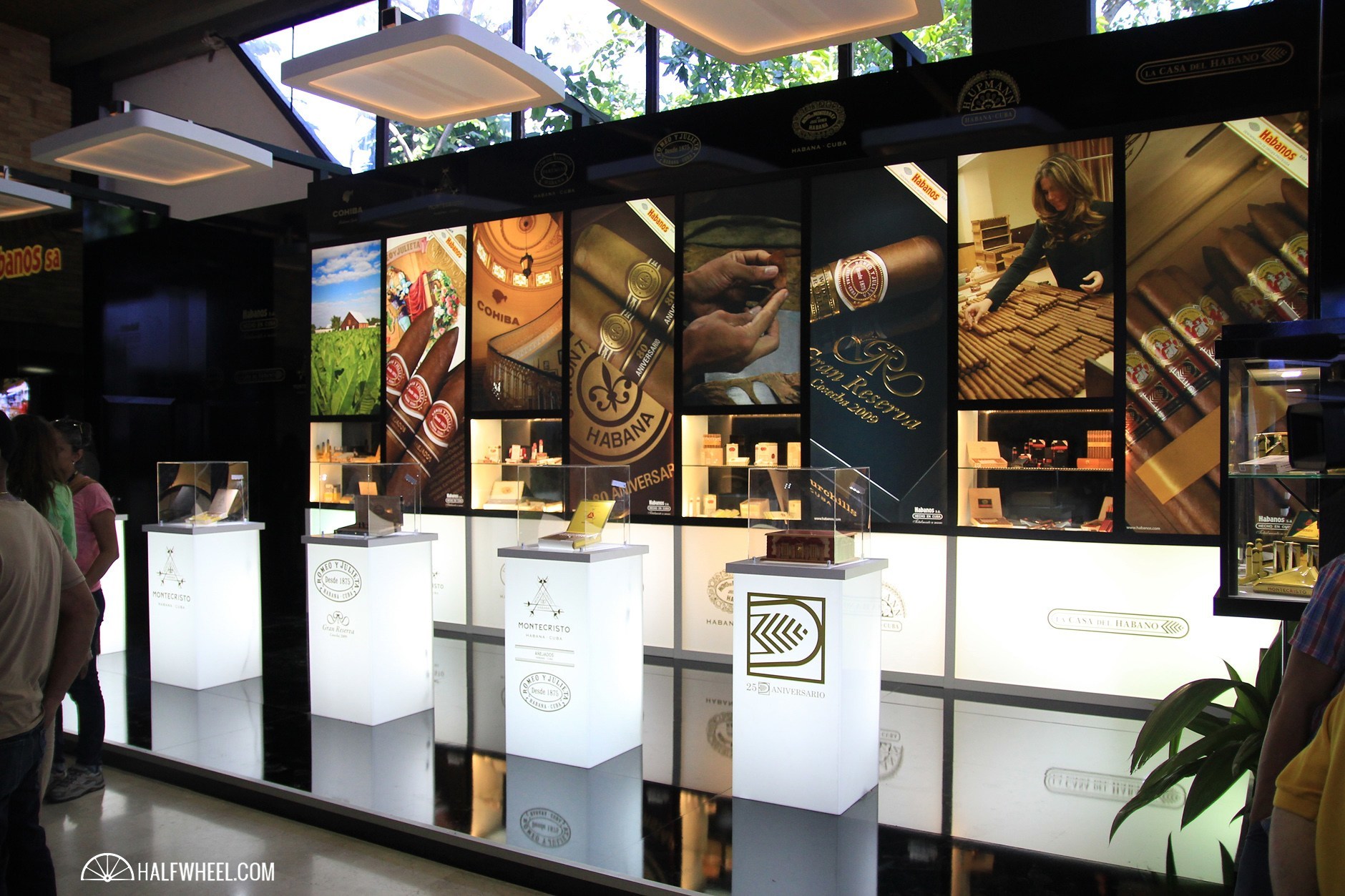 During the contest, the trade show floor opened, with vendors from around the world joining Habanos S.A. in presenting their products for distributors and retailers. Given that there are just a handful of new cigars being released by Habanos S.A. this year, and not all of them are on display since they won’t be released until events throughout the week, there’s really not a lot to photograph at the company’s booth.

There was a roller making cigars, though I only saw her make one and she set it off to the side instead of offering it to anyone.

The rest of the booths on the relatively small trade show floor were dedicated to a few key areas: antique Cuban artifacts, rum, humidors, guayaberas, and food. 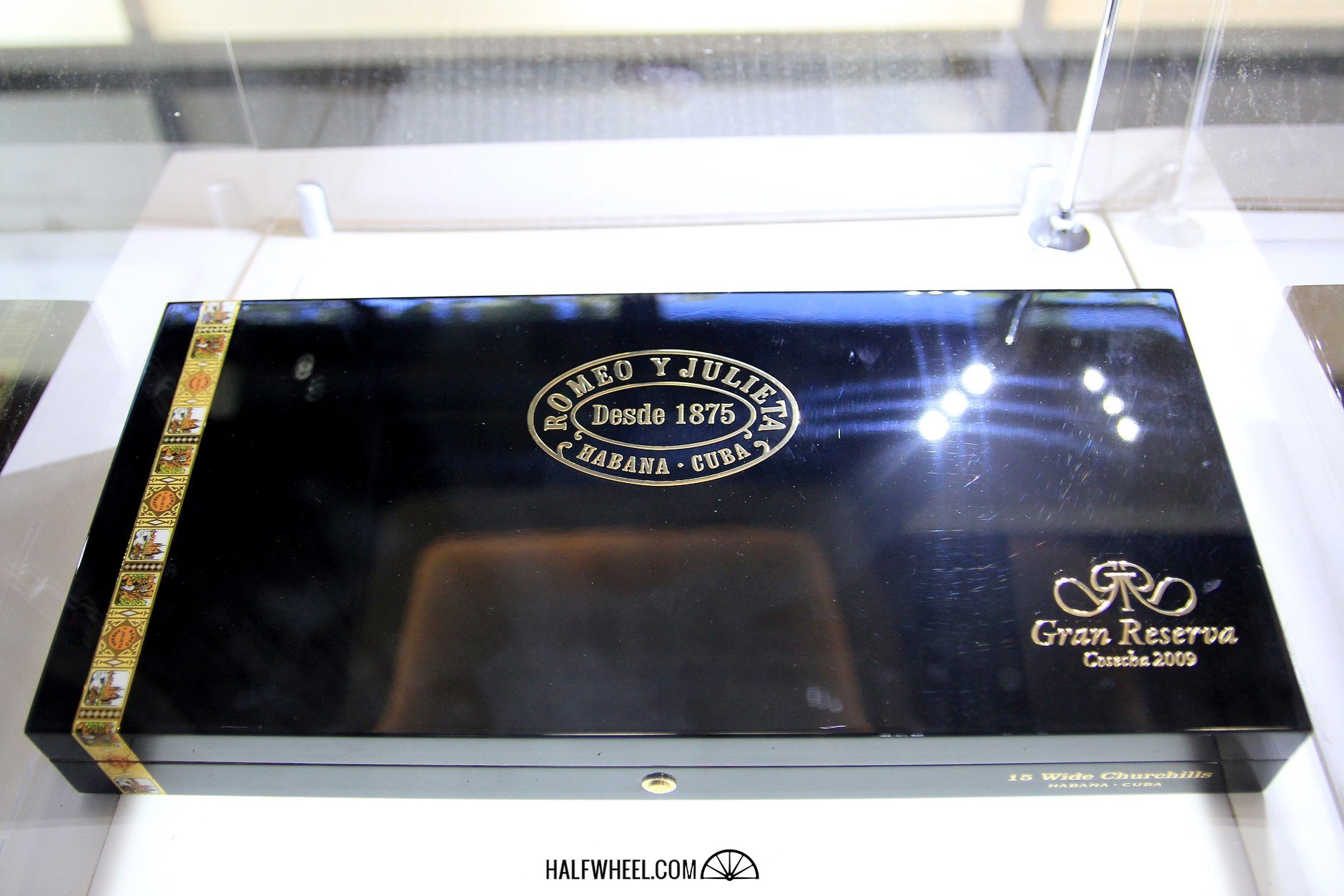 With the Habanosommelier preliminaries wrapped up and the trade show floor closed, it was back to the hotel for a quick change and to head to the week’s first event, a welcome event at the Almacén del Tabaco y la Madera that featured the Romeo y Julieta Wide Churchills Gran Reserva Cosecha 2009, as well as noted Cuban musician Descemer Bueno, who won three Grammy Awards in 2014 for his song “Bailando.”

Coming up tomorrow: a trip to some tobacco farms in Pínar del Rio.