Famous Smoke Shop will be celebrating its 75th anniversary this year with an exclusive size of Padrón’s 1926 Serie, as the Easton, Pa. retailer has announced the release of the Famous 75th Padrón 1926 Serie, a 5 x 54 box pressed robusto available in both a Nicaraguan habano natural and Nicaraguan habano maduro wrappers.

The cigar, which has an MSRP of $21 per stick or $210 for a box of 10, is now available via the store’s website and physical location. Production is being capped at 3,000 boxes, with 1,500 boxes of each wrapper version being made. 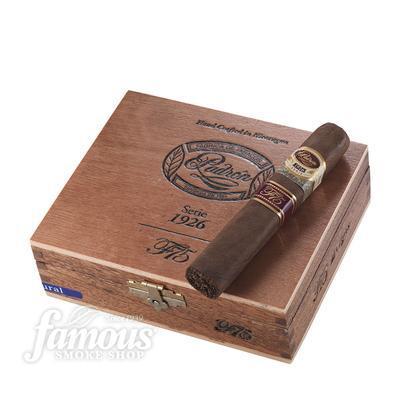 “Both Jorge (Padrón) and I owe a lot to our parents and the values they taught us,” said Arthur Zaretsky, CEO of Famous Smoke Shop via a press release. “So, in celebrating our 75 year legacy as Famous Smoke Shop, and in the spirit of family, we celebrate you–our customer–with this special cigar from Padrón.”