To celebrate its 75th anniversary, Famous Smoke Shop in Easton, Pa. turned to one of the biggest names in the cigar industry for a store-exclusive release: Padrón. Last month, the store released the Famous 75th Padrón 1926 Serie, which comes in a 5 x 54 box pressed robusto vitola and is available in either a Nicaraguan habano or Nicaraguan habano maduro wrapper. 1,500 boxes of each version are being produced, with box prices set at $210 and single stick prices at $21.

“Both Jorge (Padrón) and I owe a lot to our parents and the values they taught us,” said Arthur Zaretsky, CEO of Famous Smoke Shop via a press release. “So, in celebrating our 75 year legacy as Famous Smoke Shop, and in the spirit of family, we celebrate you–our customer–with this special cigar from Padrón.” Famous Smoke Shop started in October 1939 in midtown Manhattan as a cigar and gift shop founded by David and Rose Zaretsky. Their son, Arthur, would join the company in 1970–the same year that Famous published its first catalog–and he would go on to assume ownership in 1984. In 1997, Famous-Smoke.com was launched, the first of a roster of websites that would go onto include CigarAuctioneer, launched in 2004; CigarMonster, launched in 2006; and CigarDomain, which serves the wholesale cigar market. While the store moved three times during its time in New York City, New York City wasn’t meant to be a lasting location for Famous, as in 2000 the company relocated to Easton, Pa. as the result of increasing rents and taxes.

If the size of the Famous 75th Padrón 1926 Series feels familiar, it’s for good reason as the company released the Family Reserve 50 Years in the same vitola in 2014. However, that’s the only other place the size appears in Padrón’s regular edition portfolio. 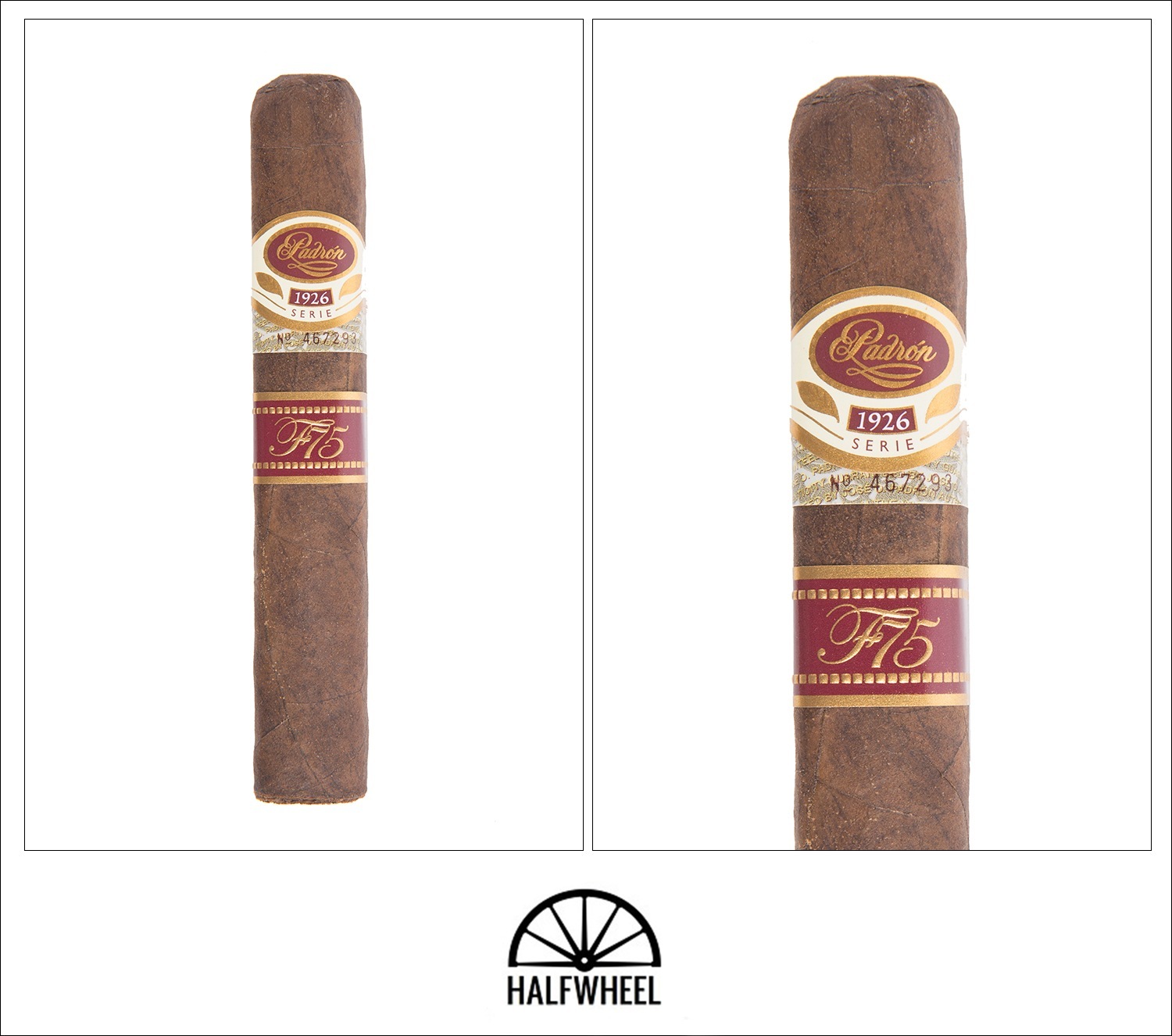 The Famous 75th Padrón 1926 Serie gets something correct immediately: the addition of a secondary band. Without it, this is simply another Padrón 1926 Serie—nothing to knock, certainly—but having a reminder of why this cigar was created certainly helps and would save some time researching it should it pulled out of a humidor years down the road. Beyond that, it is fairly comparable to any other cigar in the series, with the standard banding and serial number, along with a beef jerky brown wrapper with small veins, no tooth and a fairly matte finish, topped by a well-applied cap. There’s just a bit of give to the box-pressed cigar, it’s not soft but has a firm, pillowy texture to it. From the foot I get a bit of wheat bread crust but with a subtle sweetness and a very cool profile. There’s not much pepper to speak of here or on the cold draw, which varies between being  just a touch firm and shockingly loose; both offer a touch heavier spin on the grain note.

For not showing any pepper prior to being lit, the Famous 75th Padrón 1926 Serie Maduro heaps it on once the foot gets burning, delivering a full bodied greeting to both tongue and nose. There isn’t bold amounts of pepper right way, but rather a full flavor that pepper is a big part of, but there is also equal amounts earth and rich sweetness that give the senses plenty to process. Retrohales only heap on the pepper; deceptively smooth at first, the smoke explodes in the nose with copious amounts of pepper and chalk and make anything but a small exhale hard to manage. The first clump of light gray ash falls just shy of an inch in length, breaking free while the cigar is at rest in the ashtray. With its departure the cigar shifts just a bit, dropping the big pepper notes and allowing the cigar to show a bit of chalk and very subtle sweetness, with earth wanting to make a more substantial appearance but having a hard time stepping forward, particularly in the cigar with the looser draw. The draw and burn have both been great through the first third with an even burn line, plenty of smoke and ash that holds on well. 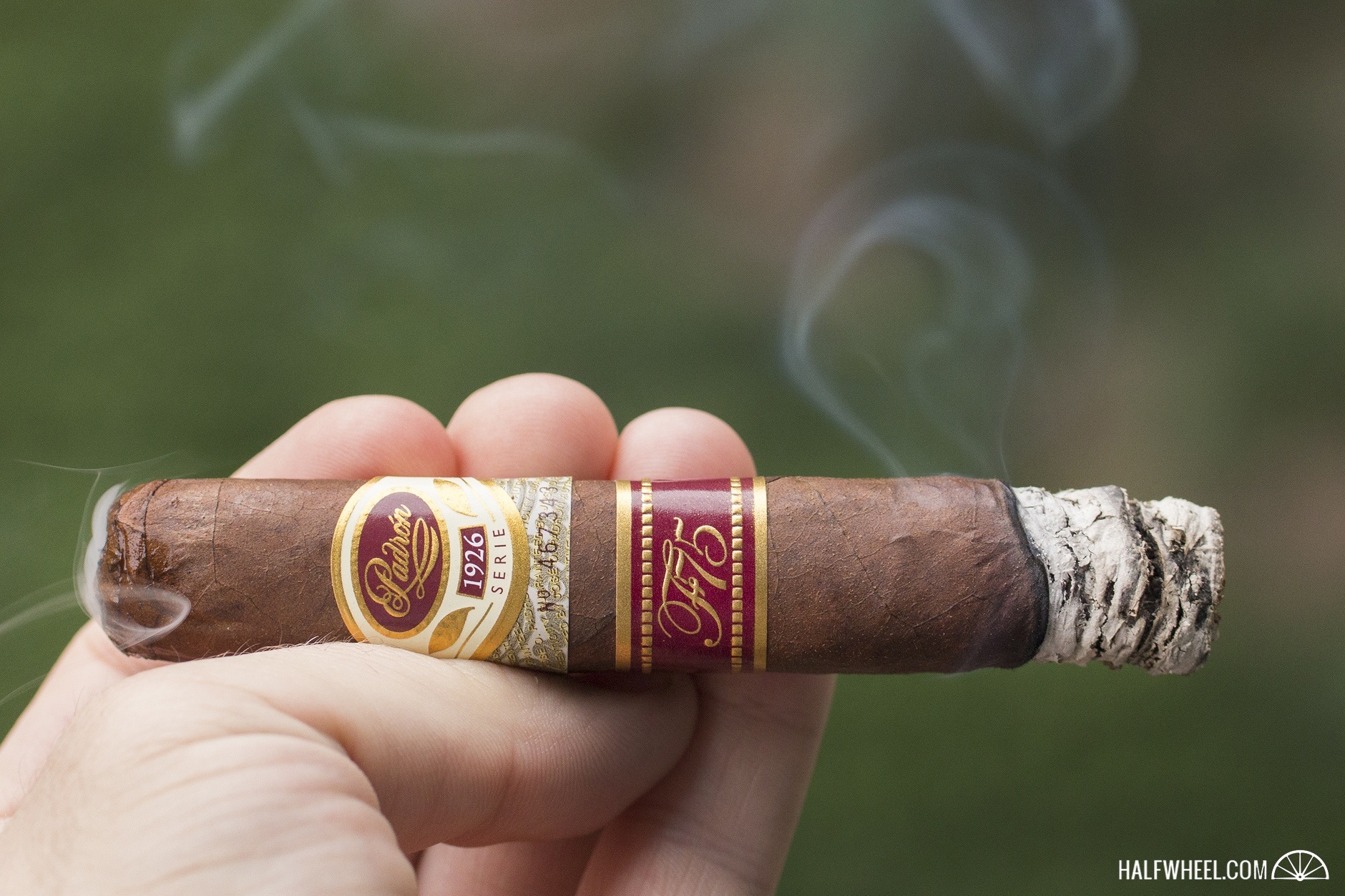 While the flavor hasn’t backed off, it does become a bit more familiar so the shock of the pepper isn’t quite as great, giving the Famous 75th a smooth transition from its first to second third. That said, there’s no lull in flavor as it lightens a bit and the earthiness dries and mellows, with the sweetness steadily fading as well from its high point in the first third. The aroma remains complex and engaging, offering plenty to try and dissect, with touches of citrus and the beginnings of chocolate emerging. At the midway point the flavor thickens up a bit, touching on hot chocolate while also a quick glimpse towards meatiness, though it’s more of a suggestion than a path the cigar will go down. It’s that tease that sets a high point for the cigar, offering a number of different paths but eventually choosing to head down one marked by cocoa powder and a thick, underlying richness with a thick smoke that coats the mouth in flavor. The burn continues to be outstanding, and for the first time in a while, the ash seems to just easily release in the ashtray while at rest. The cocoa powder note stays prominent heading into the final third, with black pepper starting to reemerge to give the cigar more kick than it showed in its previous section. There aren’t a lot of big transitions happening in the final third of the Famous 75th Padrón 1926 Serie, but the cigar more than makes up for it with the depth of flavors, which includes showing a bit of fruit sweetness in the aroma from time to time. Retrohales remain peppery and punchy, and my only complaint to this point is that when the draw gets loose, it becomes harder to get a proper amount of smoke to coat the palate or to generate a good retrohale. The cocoa shines bright once again in the final inch and a half, lending its distinct form of sweetness to the base notes of earth and pepper, which while prominent are nowhere near as strong as they were in the first third. Other than a bit of looseness in the final inch, the cigar closes out quite well, allowing to take it down to a small nub, something it certainly merits. Fans of Padrón's 1926 Serie will have nothing to scoff at in this 5 x 54 vitola; it perform about as well as any other vitola in the line, delivering a complex balance of cocoa sweetness, plenty of pepper and backing notes of evolving earth, a combination that draws your senses into the cigar for an enjoyable and engaging 90 minutes or so. It's hard to say it's markedly better than any of the five existing sizes, some of which are very close in length and ring gauge and as such are much more readily available, but for the Padrón fan or loyal Famous Smoke Shop customer, this is definitely a cigar worth picking up.