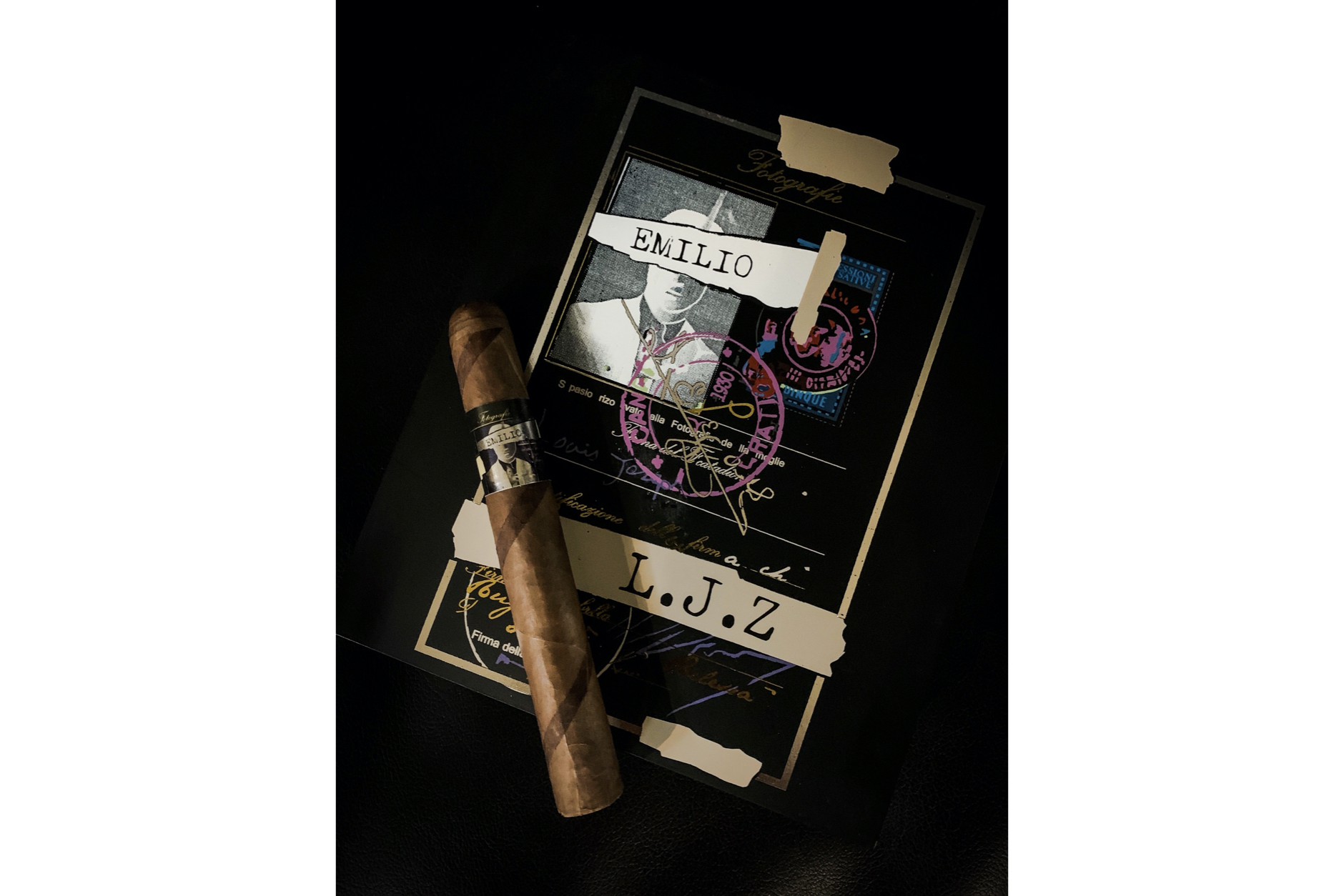 The new-look Emilio brand will get its second limited release later this month.

Black Label Trading Co.—which is now responsible for the production, marketing and distribution of Emilio—has announced that Emilio Limited Edition LJZ. It will be offered in two sizes, using a Nicaraguan habano wrapper with sun grown accents, a Nicaraguan habano binder and Dominican and Nicaraguan fillers.

Both cigars are limited to 250 boxes.

“I’m very excited about this release,” said James Brown, founder of Black Label Trading Co., in a press release. “This year we changed it up a bit by making the cigar with two wrappers. We combined the light Habano from the previous release with a Sun Grown Habano.”

“The artwork I created is a tribute to Scott Zucca’s roots. Scott is the founder of Emilio cigars and I wanted to create artwork that paid homage to his Italian heritage.”

The cigars are made at the Fabrica Oveja Negra factory Nicaragua, which is also owned by Brown, and distributed by Oveja Negra Brands.

Emilio launched the regular production LJZ in 2017. It too is made at Fabrica Oveja Negra.