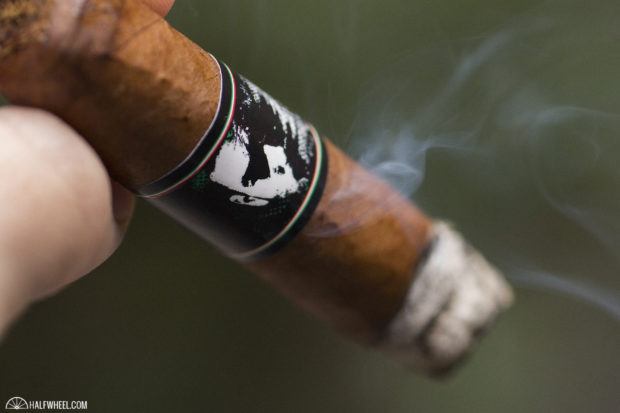 We’ve all had the experience of hearing a name mentioned after a long absence in our lives, whether it’s an old friend, a colleague or a public figure who has faded into relative obscurity and is attempting a return.

Such was my experience when I heard the name Emilio mentioned this past July, when it was announced that there would be a new release from the one-time darling of the boutique cigar segment. Not only did it shock me to hear that the brand was putting out a new cigar, but it quickly fired up the memories of Emilio in its previous incarnation, most notably with Gary Griffith at the helm.

Griffith, as you may recall, departed the brand in May 2015, leaving his role with the company, the distributor House of Emilio, and the retailer Delaware Cigars, though we reported that he had stopped handling the day-to-day operations prior to the end of 2014. Griffith was credited with leading Emilio, quickly growing it into a number of lines that became favored by numerous consumers and online cigar media. The distribution company was launched shortly thereafter, and at its peak counted nine brands in its portfolio.

As part of Griffith’s departure, a new name came to be associated with Emilio, that of Scott Zucca of L.J. Zucca, Inc., the company that owned the trademarks of both Emilio and House of Emilio. It would be just over two years before there would be any new announcement from Zucca regarding the Emilio brand, when in July 2017, the brand made its return.

The new Emilio gets its name—LJZ—from both the initials of the company behind it, L.J. Zucca, and the man behind the company, Louis J. Zucca.

“LJZ is a cigar that has been 70 years in the making. In 1947, my family started LJ Zucca from my grandfather’s front porch and it’s grown into the regional distribution company it is today,” said Scott Zucca, owner of Emilio, in a press release when the cigar was announced. “The LJZ cigar is a tribute not only to them and its many employees, but also to the hard work, character, and entrepreneurial spirit that makes this country great. I believe it’s our best Emilio cigar release yet.” The Emilio LJZ uses Nicaraguan tobacco of undisclosed regions for its filler, with Ecuadorian habano leaves used for the binder and filler. Blending was overseen by James Brown of Black Label Trading Co., with his factory, Fabrica Oveja Negra in Estelí, Nicaragua, handling production. The Emilio LJZ is a familiar looking robusto, with a pair of bands that ultimately do a better job capturing my attention than the cigar itself. The wrapper reminds me a bit of the color of the English Breakfast tea I had prior to smoking the cigar, well tanned with an orange-brown hue that is fairly even though skews darker in some spots. The vein structure is fairly standard, there’s a bit of tooth, and an oily sheen that is noticeable both by the eyes and by the fingers. The roll quality is very good; it’s a firm cigar with flat seams and a quite clean cap. The foot of the Emilio LJZ is quite mild, with subtle apricot and peach sweetness along with a bit of dough and dense cake donut, though I struggle to find a descriptor for the sum rather than just the individual parts. The cold draw has almost none of the sweetness, however, instead going primarily with a bread note that seems to change from white to wheat to rye on each tasting.

The first puffs of the Emilio LJZ are a somewhat sharp, medium-bodied combination of dry woods, toast, and table pepper, with the latter mild on the first retrohale but much stronger on the second go-round. Warm cake donut comes out as well as the flavor begins to soften and the cigar moves to a slightly mellower than medium profile in body and strength by the one inch mark, though willing to offer a good amount of pepper via a retrohale should you wish to amp that up a bit. I find myself retrohaling every few minutes to keep the strength up, as the profile without a retrohale is a bit light for my liking. A gradual mellowing of the flavors takes the LJZ into its second third, as the cigar burns well with good smoke production and a sharp burn line. 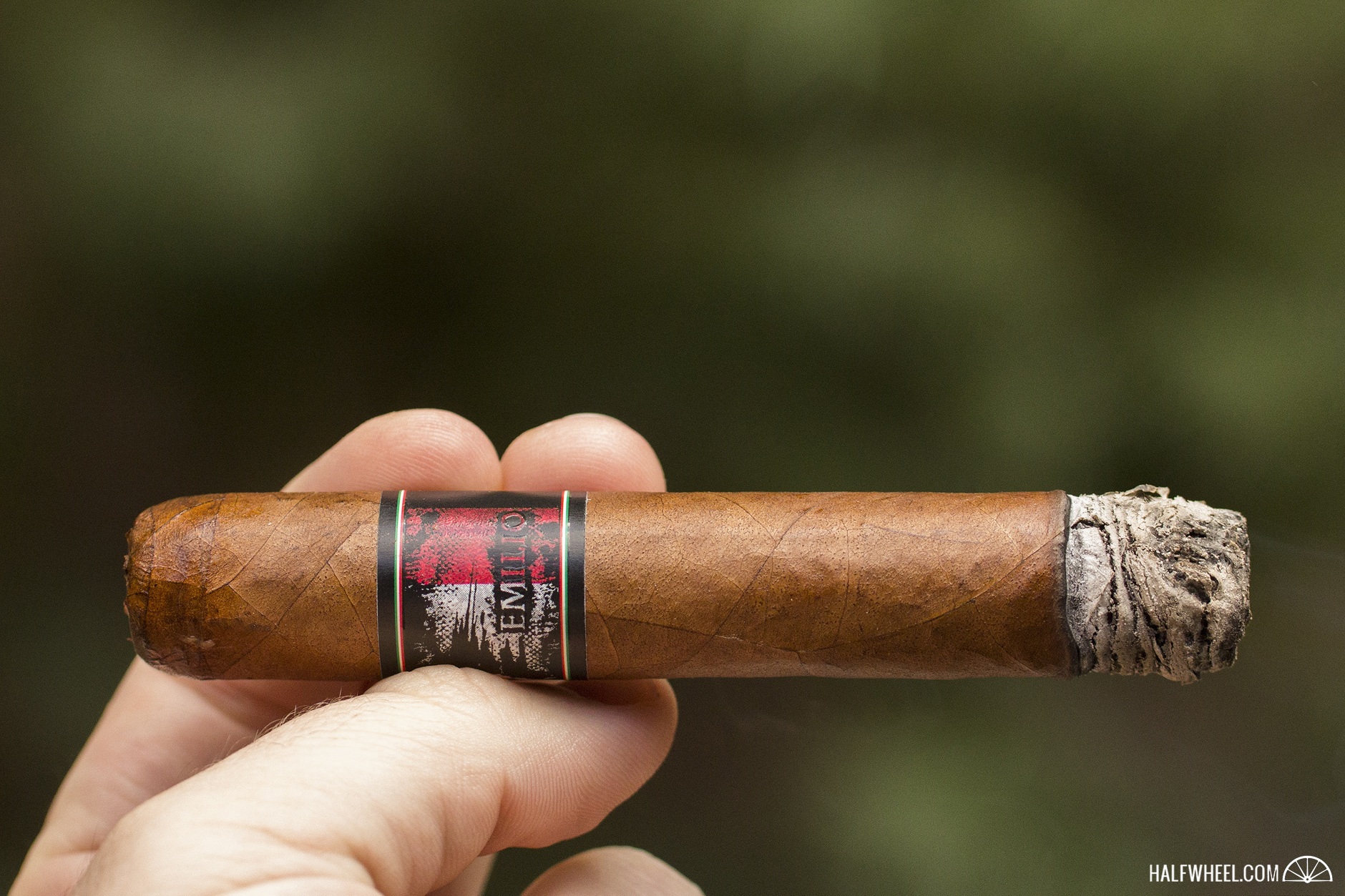 The Emilio LJZ slides into its second third with little in the way of fanfare, getting progressively mellower though no less enjoyable. It’s a mild-plus profile for the cigar at this point and were I not writing this review, would be fairly happy having a cappuccino and the Sunday newspaper as accompaniments. After coasting to the midpoint, the LJZ steps on the gas at it, quickly reintroducing pepper to both the nose and tongue, and this time a retrohale isn’t needed to bring out the cigar’s reintroduced component, which leans more towards lighter white pepper. At its fullest expression, the pepper can come across a bit harsh, both on its own merit and because of the rapid change it causes. The thick cake donut note is still setting the base of the flavor, a flavor I find familiar though generally avoid at the pastry case for its lack of sweetness and the seemingly mandatory need for a beverage with which to wash my mouth. The cigar seems to slow its burn rate toward the end of the second third, as while it had been humming along fairly quickly, it now seems to be more measured in its progression. The cigar makes another pivot at the beginning of its final third, shedding much of the pepper to let the mellower notes shine through, which come with some marshmallow minus the sweetness, more of the cake donut, and a bit of earth, which has established itself as a regular player in the second half. Having seemingly shown its range of strength and flavor, the Emilio LJZ now jumps around a bit, ramping back up in strength and pepper through the band before backing off. While it doesn’t get explicitly sweet in this process, it does get sweet in the sense of a glazed sweet roll and begins to flirt with notions of an orange Creamsicle. Pepper comes back around with about two inches, ramping back up but not at the expense of the other flavors, with the combination quite engaging and a high point of the cigar. That holds until the burn line hits the final inch, which is when heat finally grabs hold of the flavor, charring it, sharpening the pepper, and signaling it’s time to put the cigar down. 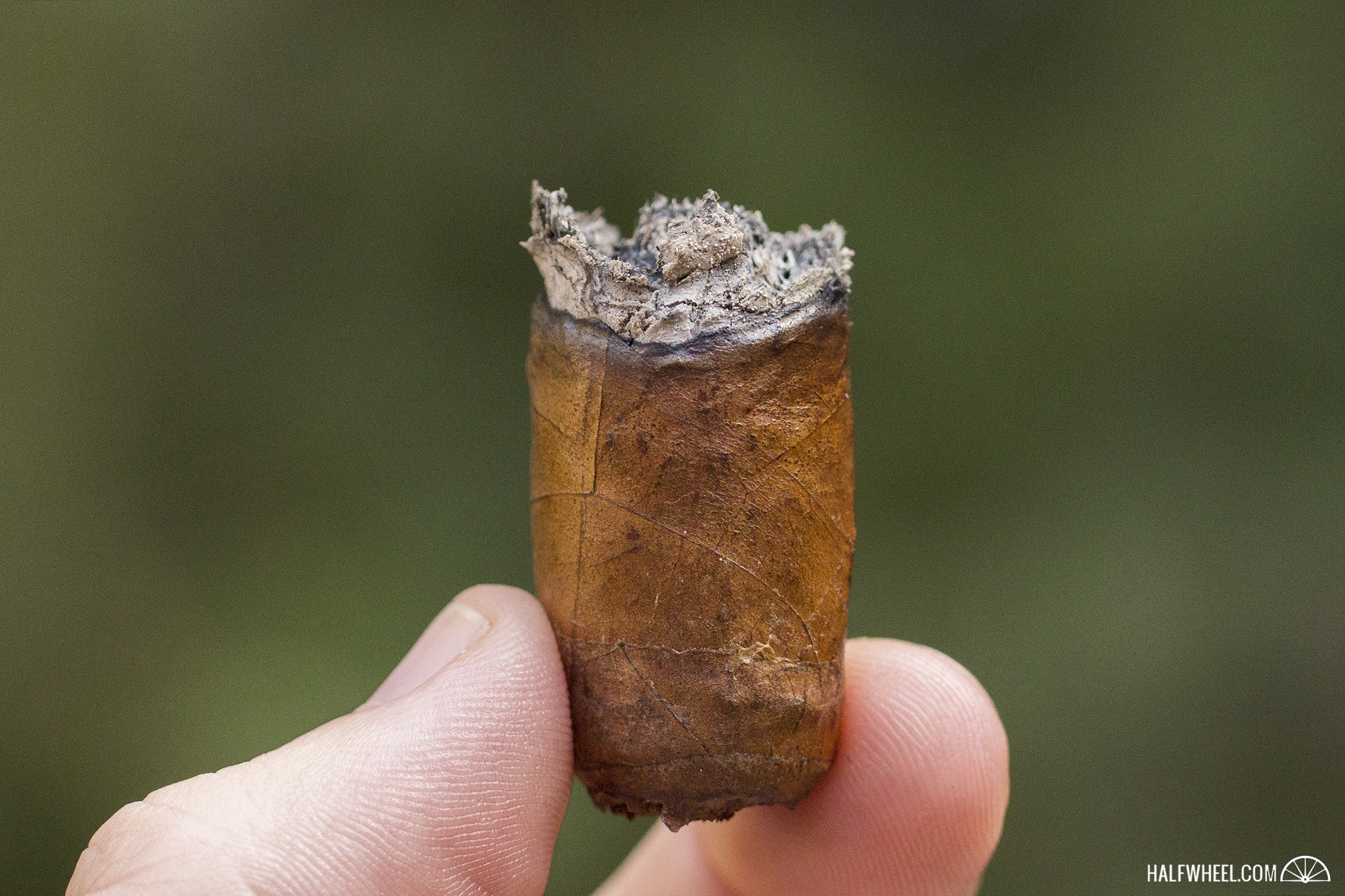 There is a temptation to make some declarative statement that the LJZ brings the Emilio brand back to the prominence it knew several years ago, and while the cigar is good, I'm going to be a bit more tempered with my praise. It shines in balance and its ability to deliver both pleasing milder notes and more pepper-forward, medium-bodied flavors, seemingly comfortable playing either repertoire. At its best the cigar is vibrant and engaging, though lacking in some nuance and occasionally putting the flavors on cruise control to the point where it becomes disengaged from the senses. I'm impressed by this new offering, yet have a hard time seeing just where it fits in an already crowded market of good cigars.