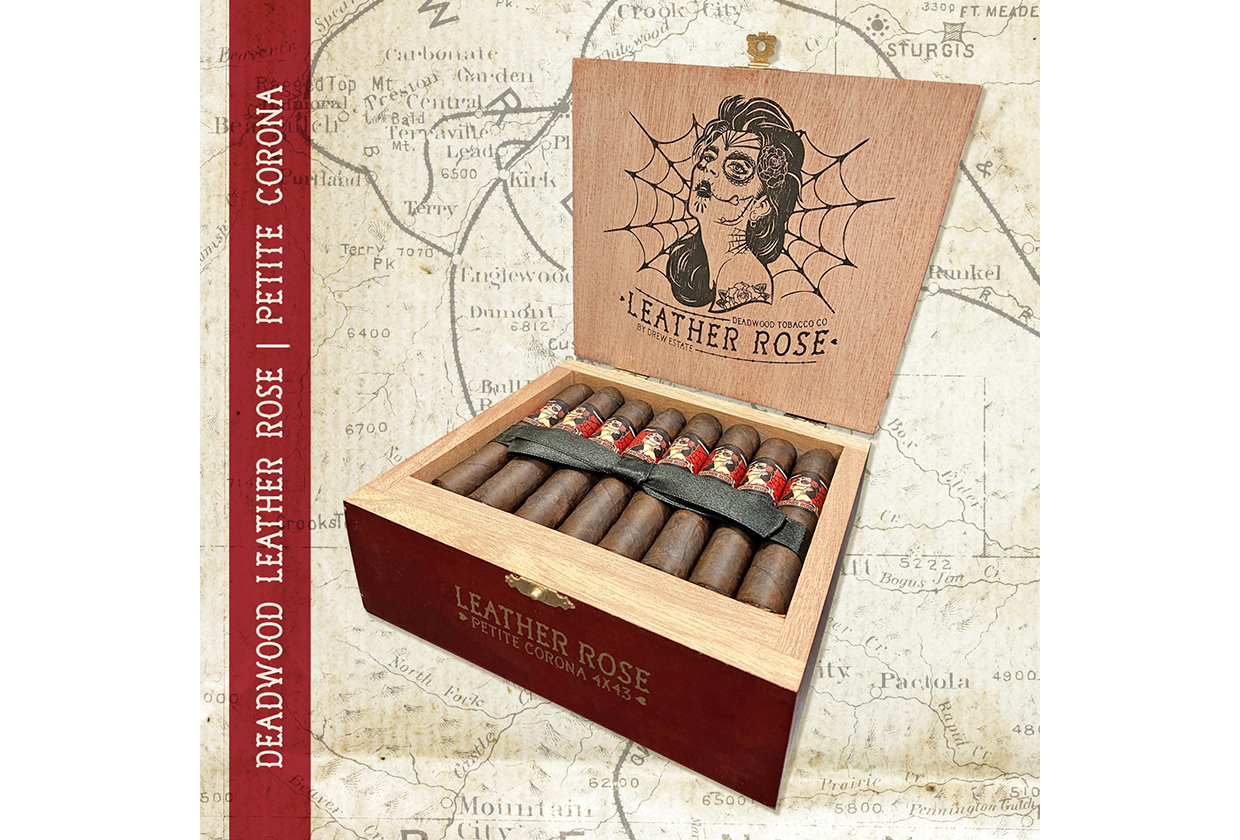 The Deadwood Leather Rose line from Drew Estate will be getting a new size in October, as the company has announced that it will be adding a 4 x 43 petite corona. The company announced the new line via its Sept. 16 Freestyle Live event on Facebook.

The line debuted with a 5 x 54 torpedo in July 2020 as the fourth installment in the Deadwood family, a collection of cigars named for four fictional sisters. The blend has not been disclosed, but the company says it uses a maduro wrapper and has an aromatic and exotic blend of aged dark air-cured tobaccos in the filler. The company calls it the spiciest blend in the Deadwood series, which also includes Fat Bottom Betty, Sweet Jane and Crazy Alice.

According to the backstory told by the company, Leather Rose rode back into the town of Deadwood, S.D. and reunited with her sisters after leaving with one of her richest clients for parts unknown. Some say she made her fortune robbing banks before rejoining her sisters in Deadwood’s most notorious brothel.

“The four sisters of Deadwood are a notorious bunch of mysterious, wild, rebellious and provocative ladies whose infamous tales from the Old West are revealed with every puff of their captivating cigars,” said Jonathan Drew, founder and president of Drew Estate, via press release. “Like Leather Rose herself, Leather Rose Petite Corona is a sidewinder of a cigar that’s bad to the bone. She will capture our hearts but will never be owned. She’ll keep you warm during these crisp Autumn nights, but she’ll prove once again that love is for suckers, but cigars are for lovers.”

Pricing for the Deadwood Leather Rose Petite Corona is set at $6.95 per cigar and $166.74 for a a box of 24 cigars. They are expected to begin shipping in October.