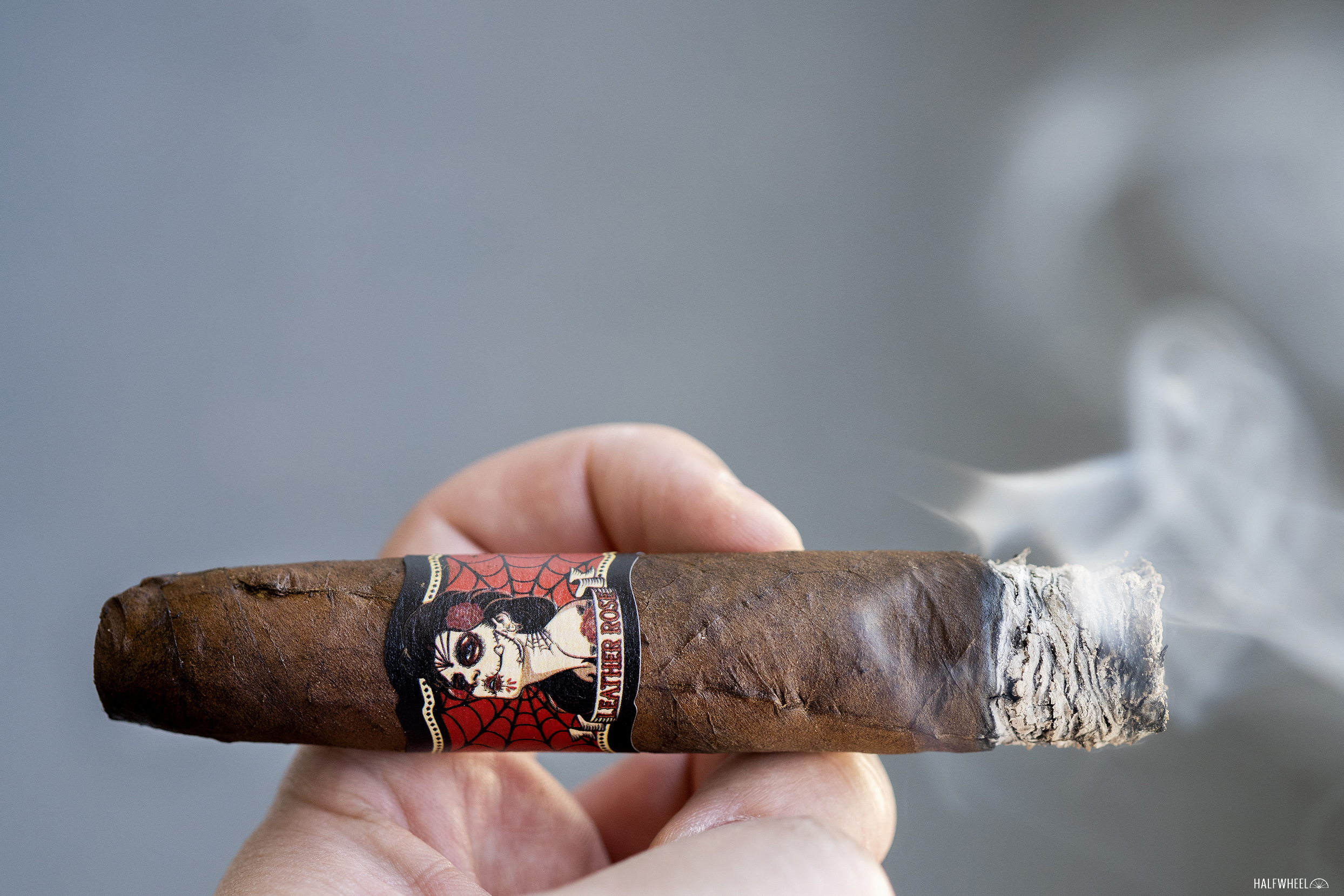 Because of the coronavirus COVID-19 pandemic, this year’s rally is a controversial one. Each year, around 500,000 people—the record was 739,000 in 2015—converge on Sturgis, a town of just 7,000 residents. It was started by the Jackpine Gypsies, a local motorcycle club, as an event that featured stunts and races. Sturgis is now a massive event still centered around motorcycles and the culture that surrounds them. It has taken place every year since 1938 except for a few years during World War II when the event was canceled due to gas rationing.

About 15 miles west of Sturgis is Deadwood Tobacco Co., a cigar shop located in Deadwood, S.D. The store is described as one of Drew Estate’s oldest accounts and had an exclusive cigar called Sweet Jane that was made by Drew Estate at the request of Vaughn Boyd, the store’s former owner. The line expanded over the years and in 2016, Drew Estate began offering the cigars to other stores.

Earlier this year, the company announced the newest cigar for the Deadwood family: Leather Rose.

It’s a 5 x 54 torpedo with a relatively unnamed blend. Like the rest of the Deadwood line, Drew Estate isn’t disclosing the full detail of the blend, instead saying the cigar uses a maduro wrapper and has a blend of “aromatic tobaccos” in the filler. Jonathan Drew, Drew Estate’s co-founder, said that this cigar should have more spice compared to other Deadwood cigars. 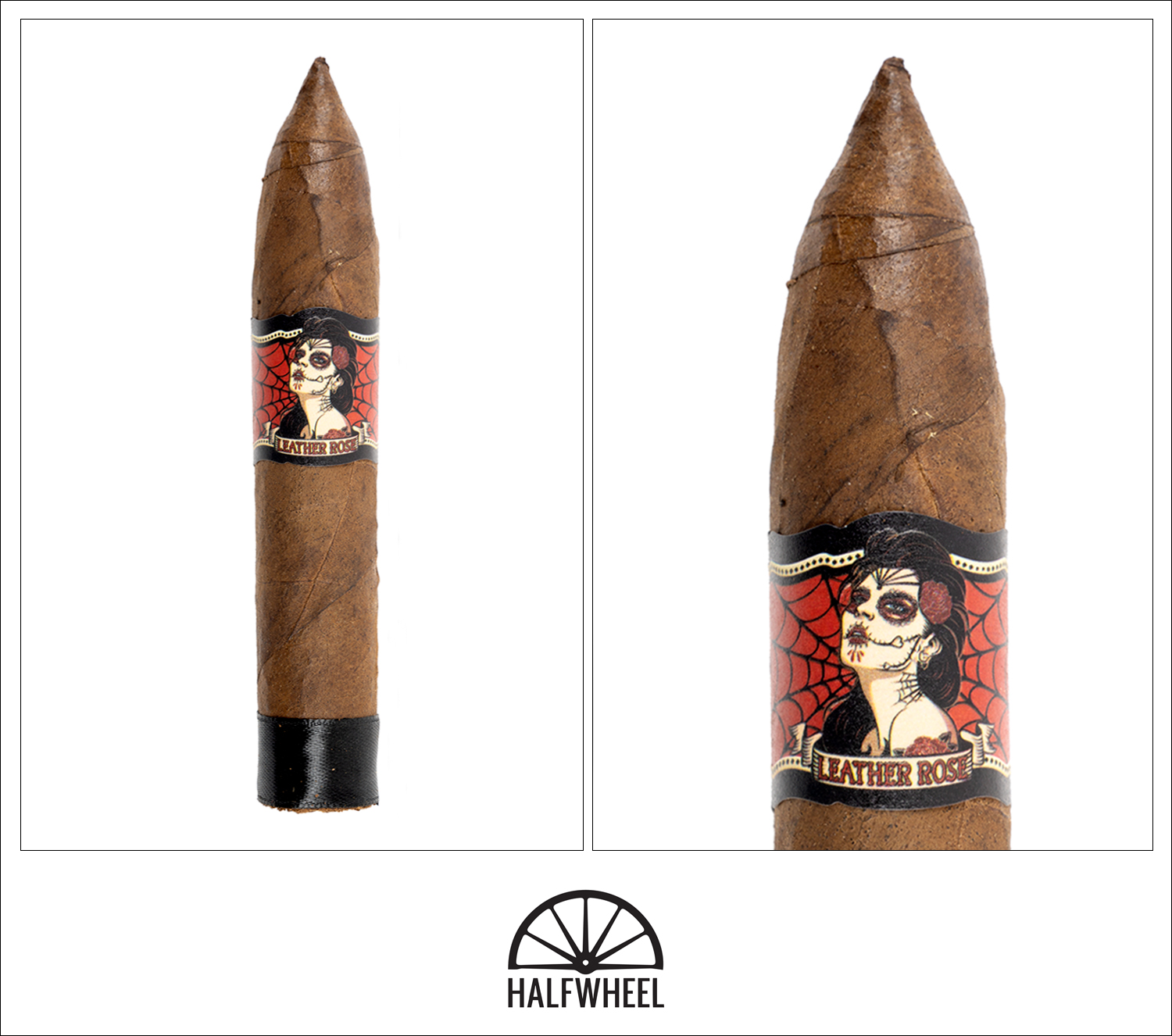 I would not be surprised if these cigars were being marketed as some sort of rustic blend because it’s not the prettiest-looking cigar. On one sample, there’s a massive vein right around the tip of the torpedo but even the other two cigars are a bit rough. All of that goes out the window once I’ve removed the cigar from cellophane and I am immediately greeted with smells that are not what I normally encounter when I review cigars. It smells like a flavored pipe tobacco blend with a heavy layer of chocolate and varying amounts of cherry. I want to reiterate, it’s not just the flavorings that lead me to make this comparison, I also pick up some of the more generic pipe tobacco curing flavors. The foot is much sweeter with cocoa, a vanilla flavor that reminds me of the flavoring liquids used at a coffee shop and a bit of sweet cherry. There’s also some cedar and the familiar generic pipe tobacco flavors. Cold draws have a root beer candy-like flavor on top of a bit of cherry and chocolate syrup towards the back of my throat. At times it reminds me of a cherry-infused root beer float. Of course, the real flavor of note is the massive amount of sugar that has coated my lips after being transferred from the cap.

If you are like me and not a regular smoker of sweet-tipped cigars, the entire experience is going to be a bit odd. Even after a handful of cold draws, the sugar on the cap is still intense enough that every time it touches my lips there’s even more sweetness on the lips, but the initial flavors in the mouth are a rather pedestrian mixture of cedar and oak. I wonder if this is my brain just trying to find the largest point of contrast or if this is what’s actually happening. While the sugar sensation never goes away—I am reminded on every puff—the flavors inside the smoke develop quite a bit. It still retains the mixture of wood flavors but there’s definitely a fair bit of chocolate syrup. Retrohales are toastier with some herbal flavors before finishing with barbecue sauce and bread. Flavor is full, body is medium-plus and strength is medium. Despite the somewhat concerning appearance, construction is impeccable.

The Deadwood Leather Rose gets decidedly woodier in the second third. It reminds me of smelling wood pellets while they soak in a bucket of water. Of course, there’s still a blast of sugar every time my lips touch the cigar and there’s a sweet chocolate hint with every puff. The finish adds a corn flavor and some of that root beer candy. After the halfway point, there’s some white pepper that adds itself in the finish, the first time I consistently taste paper. Retrohales are earthy with leather and a peanut flavor. That trio makes for a very weird pairing with the sugar-coated cap. Flavor is full, body is medium-plus and strength is medium-plus. Construction remains fantastic with zero corrections needed. There’s an increase in pepper in the final third of the Deadwood Leather Rose. Previously it had been restricted to puffs where I took a retrohale, but now it’s closer to every puff. The sugar on the cap still coats everything, which is now earthiness on top of some popcorn. The finish has burnt popcorn, pepper, earthiness and traces of that corn flavor from early. Retrohaling has a bit of a petroleum touch to it along with paprika, earthiness and grains. Once again, this isn’t a great pairing with the sugar on the cap. Flavor is full, body is medium-full and strength is medium-full. Construction remains great until the end. I have long been mystified by the broad disdain most cigar smokers have for flavored/infused cigars. No, this is not what I would choose to smoke most days of the week, but I’m still not sure what is wrong with flavored/infused cigars. The Deadwood Leather Rose is everything that I could hope for in a flavored cigar: unique flavors, great construction and a smoking experience that progresses predictably. I wish the sweet tip was a bit less sweet, but I certainly can understand why it’s there. This is a good experience and would make for an easy enough change of pace, or more importantly, a great cigar to recommend for someone who has experience with nicotine but not a lot of experience with premium cigars. I'm not sure I'd want to smoke this cigar without the sweet tip, but I also wouldn't want to drink a mojito with no sugar.