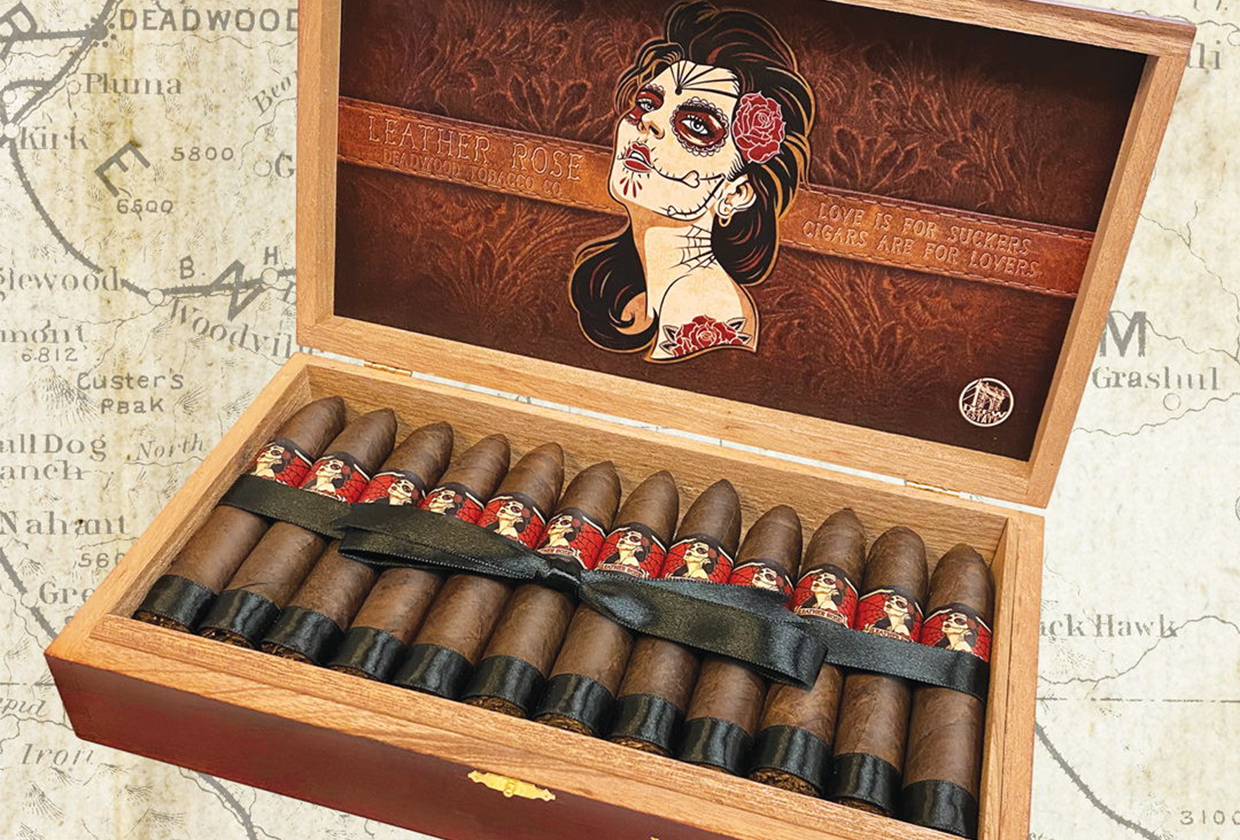 During an online event on Thursday evening, Drew Estate announced that it has a new addition for its Deadwood series, a cigar called Leather Rose.

The cigar is a 5 x 54 torpedo that will be offered in 24-count boxes. As with the other cigars in the Deadwood line, the blend information is not disclosed, other than describing them as using “aromatic tobaccos” that are covered in a maduro wrapper. In talking about the cigar, Jonathan Drew noted that the spice on this particular blend had been turned up from others in the line.

The cigar is named for a character who is returning to celebrate the 80th anniversary of Sturgis after a life spent on the run as she was a bank robber. The Deadwood lines were originally only offered at Deadwood Tobacco Co. in Deadwood, S.D., located 13 miles away from Sturgis and its famous motorcycle rally.

“The ‘story behind the story’ of the Deadwood brand begins with one of Drew Estate’s oldest accounts, formerly owned by Miss Vaughn Boyd of Deadwood Tobacco Company,” Drew said via a press release. “Miss Vaughn collaborated with us to create the concept, beginning with the notorious Sweet Jane. The early adopters were the C.A.T.S and ‘Cigars for Warriors’ communities, but from there the brand continued to grow exponentially, and is a juggernaut at this point. Deadwood fans around the world, it’s time to fall in love with Leather Rose. She’s simply bad to the bone.”

It joins three other cigars in the Deadwood line: Sweet Jane, Fat Bottom Betty, and Crazy Alice. Collectively, the cigars are known as the Yummy Bitches.

Update (June 12, 2020) — Additional information, including pricing and images, have been added following a press release being sent by Drew Estate.