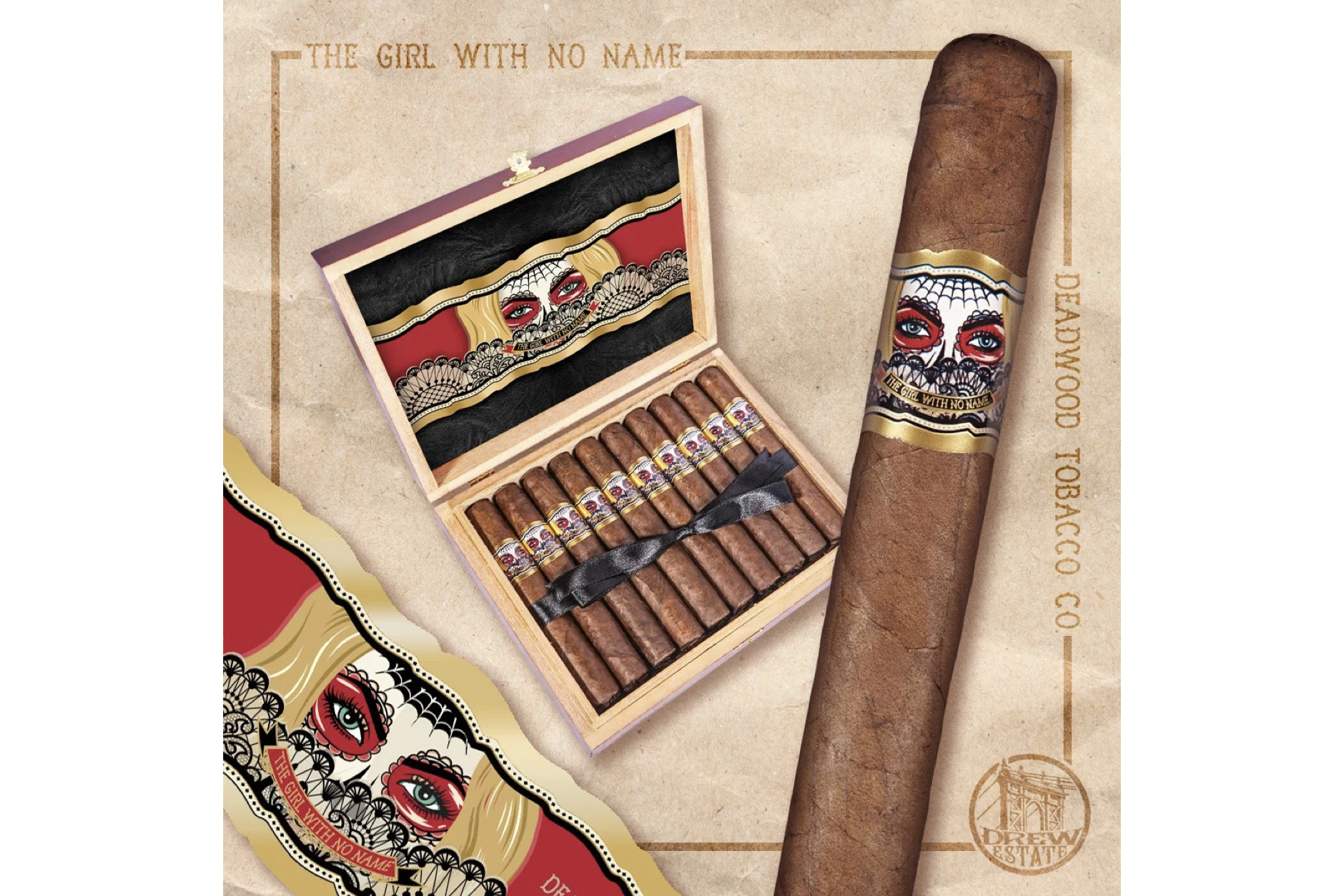 Drew Estate is expanding its popular Deadwood line with a new 6 x 52 toro size that will be exclusive to Cigars International.

The Deadwood The Girl With No Name Toro is a 6 x 52 toro. Like the other sizes in the Deadwood line, Drew Estate does not disclose the blend details but says that it uses a maduro wrapper and has an aromatic and “exotic” blend of aged dark air-cured tobaccos in the filler. The Deadwood line originally began as an exclusive to Deadwood Tobacco Co., a retailer in Deadwood, S.D., located near Sturgis, home to the popular motorcycle rally.

“While not much is known about any of the wild, rebellious and voluptuous Deadwood girls, even less is known about ‘The Girl With No Name,’” said Vaughn Boyd, the founder of Deadwood Tobacco Co., in a press release. “She suddenly appeared on the dusty streets of Deadwood seemingly out of the ether, slowly riding her husky black stallion toward Deadwood’s most notorious saloon. Smoke this yummy vixen if you dare.”

Update — Shortly after this story was published, Drew Estate clarified the price as $10 per cigar, not $10.50 per cigar as previously stated. An earlier version of this article incorrectly stated the cigar would be offered at Cigars.com, not Cigar.com.