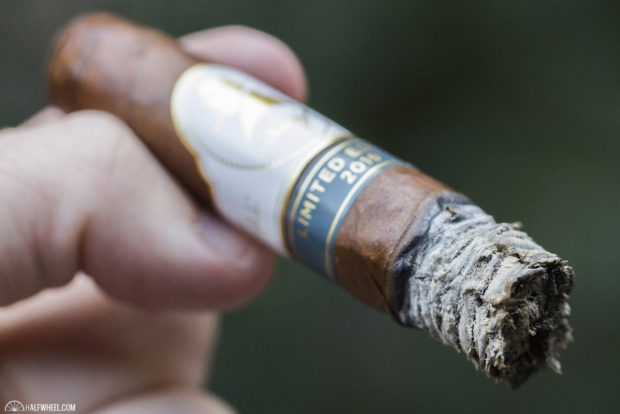 If there were ever a famous cigar smoker, it would almost certainly be Winston Churchill, the iconic Prime Minister of the United Kingdom who was rarely seen without a cigar in hand and was known for his lavish lifestyle.

The name Churchill has been associated with cigars for some time, most notably by way of the 7 x 47 vitola that bears his name. But as smokers familiar with the modern cigar market are undoubtedly aware, there is a line made by Davidoff that since re-launching in 2014 has brought the name to a new generation of cigar lovers.

While the Davidoff Winston Churchill brand has two core lines, The Original Collection and The Late Hour, the line has also received several annual limited editions that celebrate certain aspects of Churchill’s life. In 2016, The Raconteur was released as a nod to Churchill’s stories and storytelling ability, while in 2019, Churchill’s travels are commemorated with a new limited edition that is formally known as the Davidoff Winston Churchill Limited Edition 2019 The Traveller.

The cigar is offered in two sizes; the main release is 8,000 boxes of 10 cigars produced in a 5 x 50 robusto vitola and which are available worldwide. Additionally, a 5 x 43 corona version is being made for duty-free markets outside the U.S. That smaller cigar gets a smaller release, with just 4,500 packs of five cigars produced, a total of 22,500 cigars. 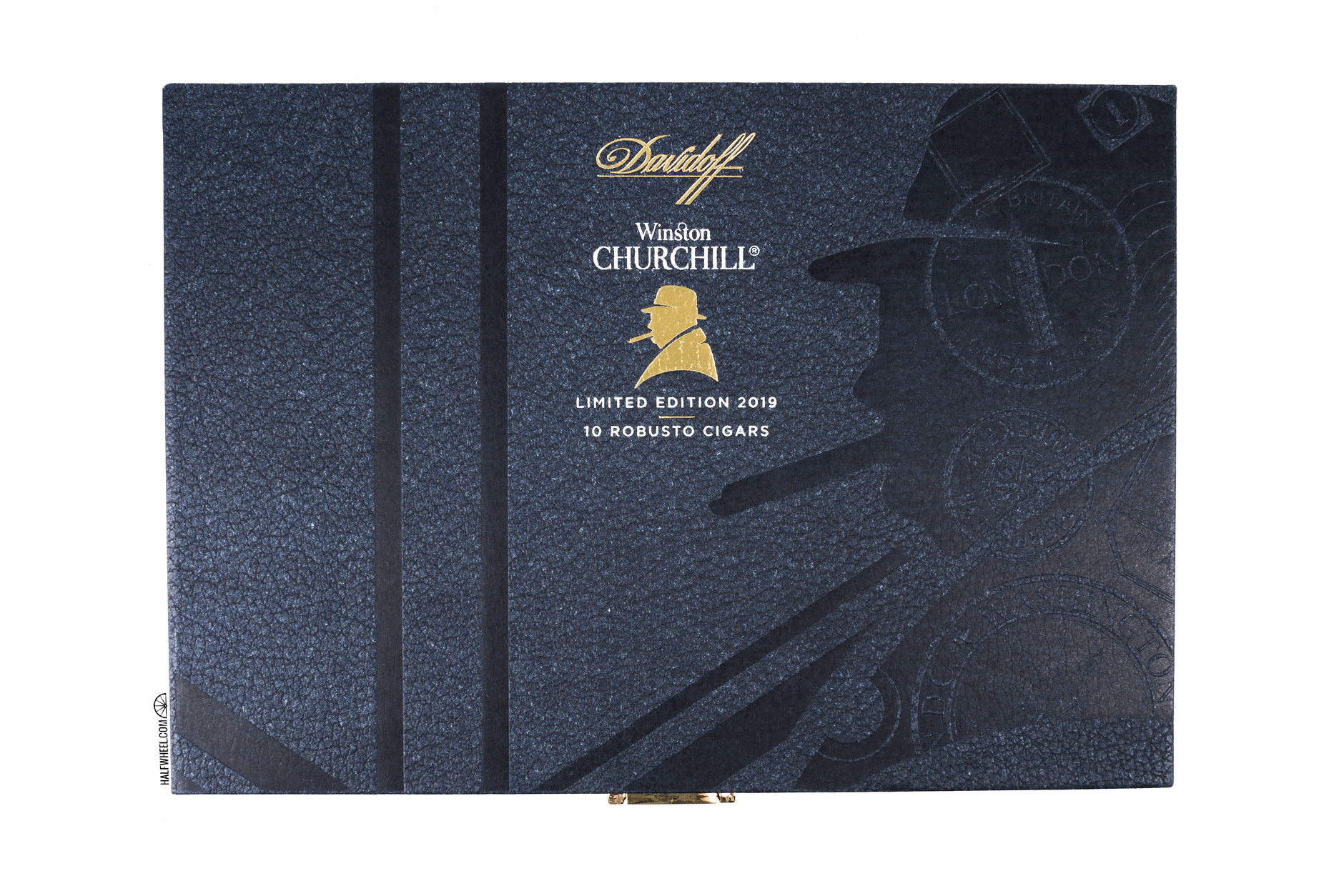 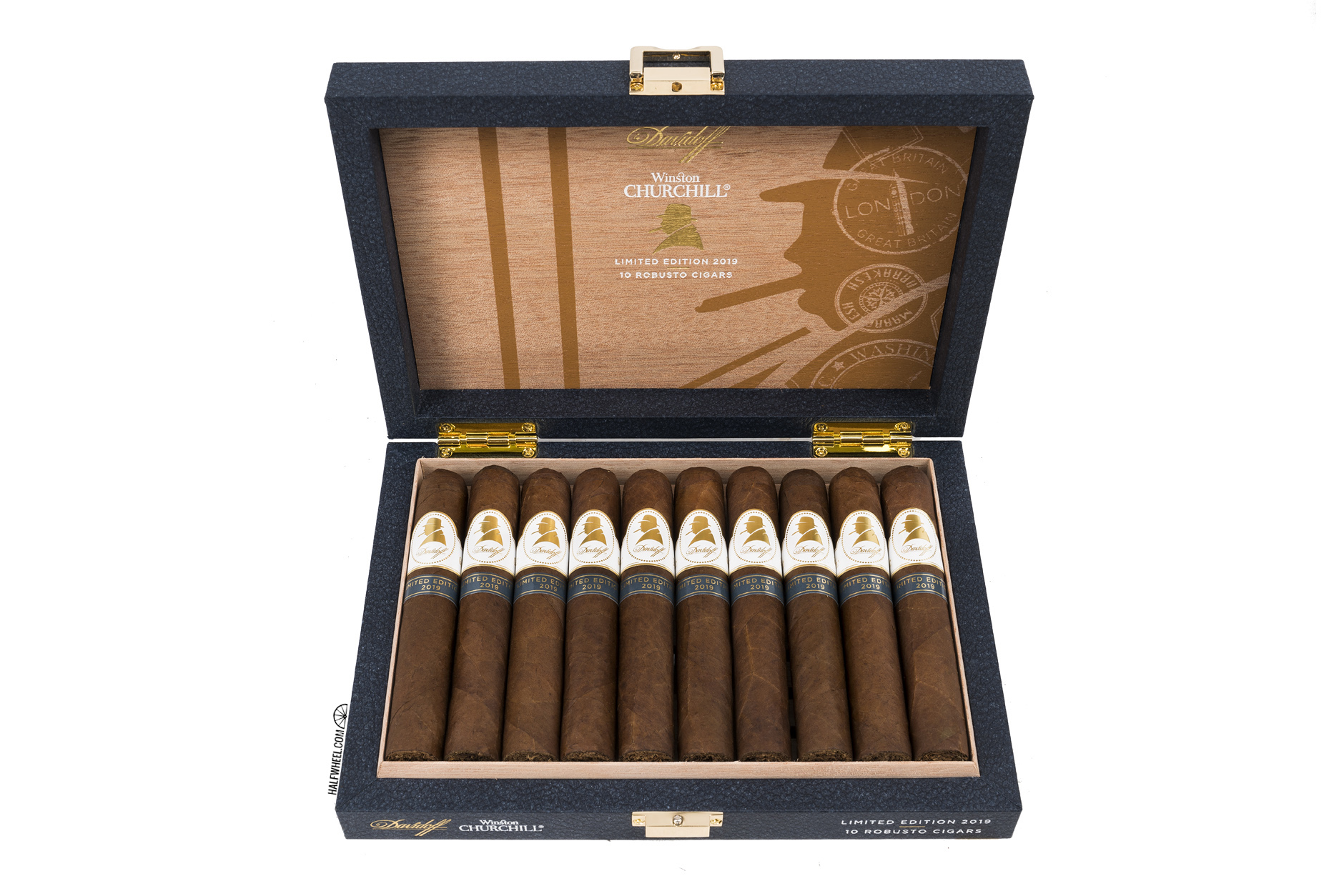 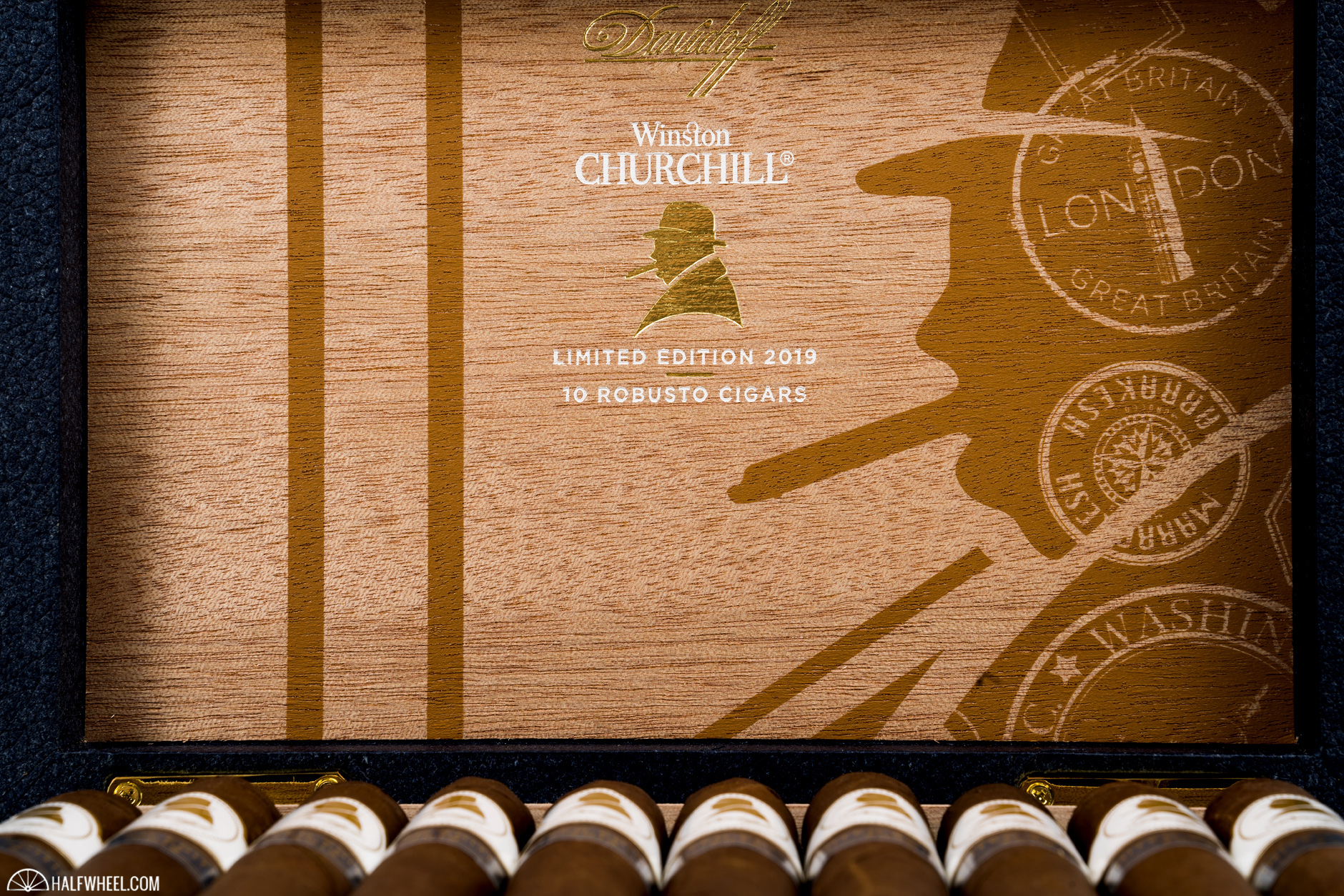 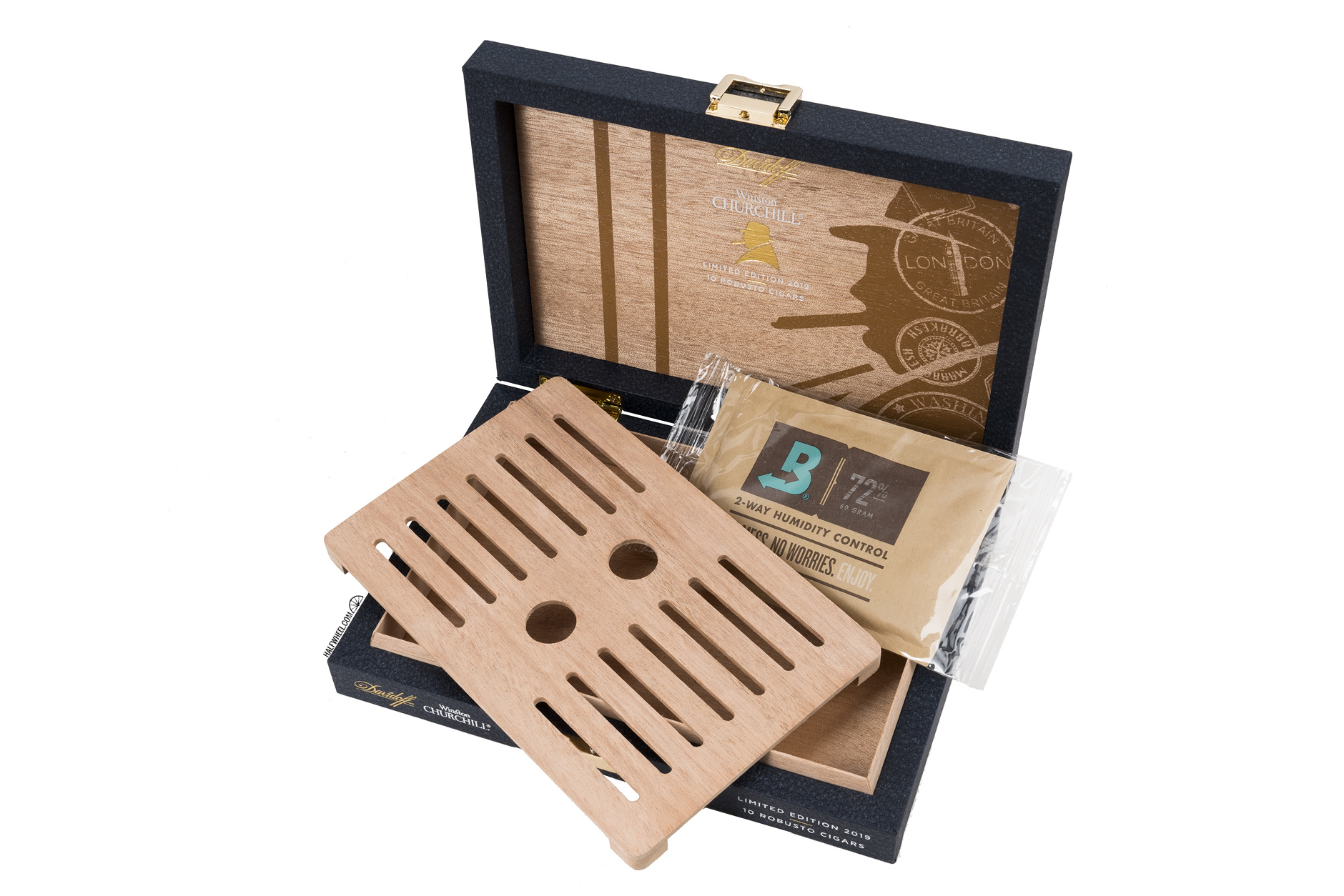 The packaging of the cigars, particularly the 10-count robusto boxes, further add to the theme of travel. The leather-inspired boxes show icons of London, Washington and Marrakesh, cities that inspired and nurtured Winston Churchill and his many interests and accomplishments. Additionally, each box features a removable tray that reveals a Boveda humidification pack. 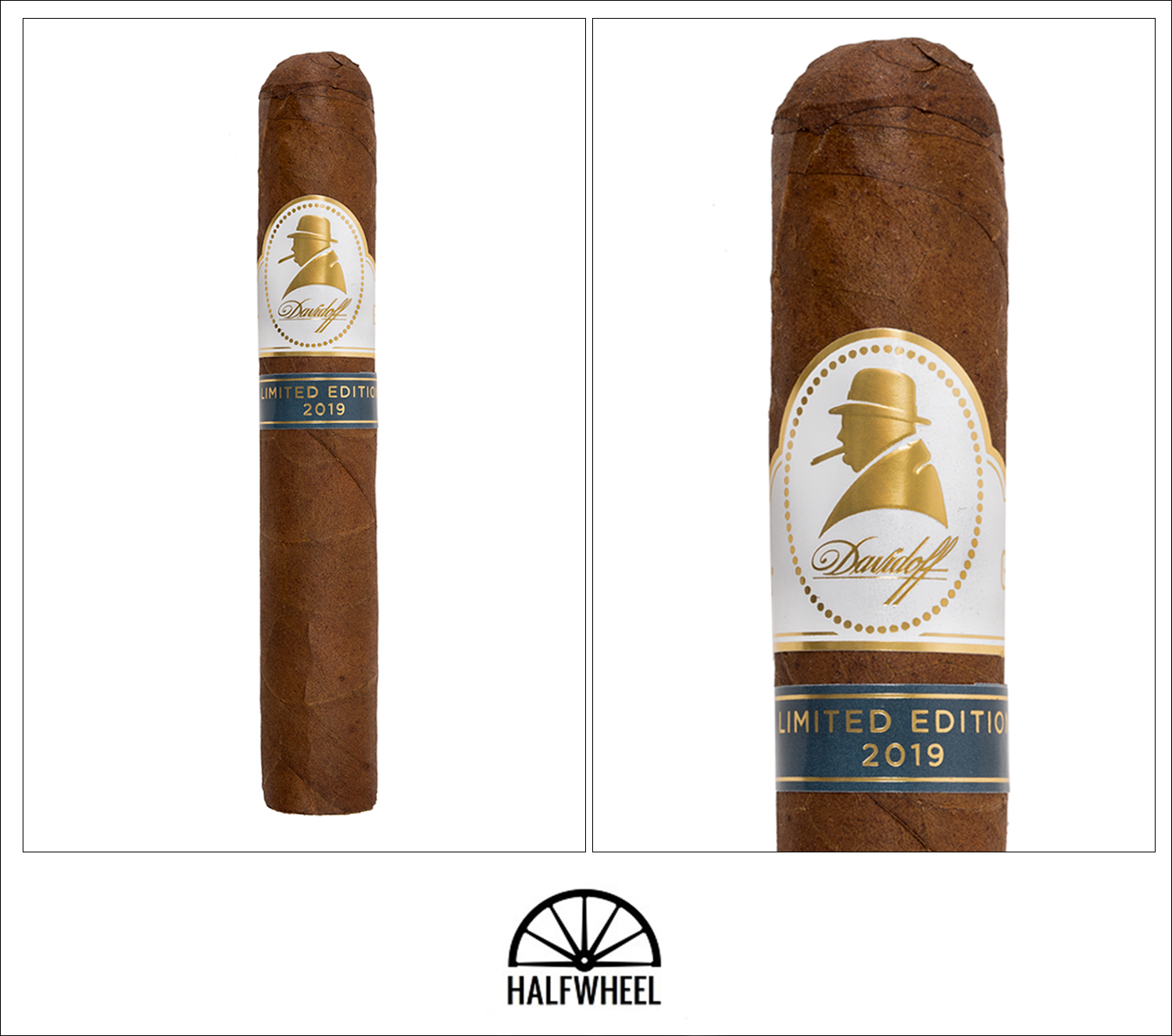 Every once in a while a review will mention how the bands and the wrapper go together visually, and that is certainly the case here as the three main colors on the bands pair quite well with the capa. While the wrapper isn’t overly dark, it is darker than average as well as rather oily and seemingly quite supple. The coloration is even, there are a good number of small veins, and for some reason, the seams are quite visible. It’s a firmly rolled cigar and seemingly quite well made, something I would expect for a cigar coming out of the Cigars Davidoff factory. The foot offers aromas of sweet wood and tree bark, followed by a bit of apple juice and fluctuating amounts of earth, woods and plain cake donut, though no real pepper of note. The cold draw is smooth and much more wood-forward, though generally without the sweetness. It’s a bit less complex than the aroma, and there’s also no pepper to be found here.

There’s little hesitation from the cigar to show off its strength and a fairly brash flavor, as there is a mix of pepper settling into the tongue and an almost immediate feeling of nicotine from the cigar begins making its way through my system. I hesitate to call it the feeling of young tobacco as I don’t think Davidoff would allow such leaves into its cigars, but the potency is unmistakable and reinforced with an early retrohale that delivers a distinctive sting to the nostrils. Behind that it a good bit of oak and other wood flavors, a bit of pepper and something that is giving the cigar a bit of bite on the tongue. There are points where it tastes metallic, while at other points it’s more char-forward. Thankfully it doesn’t hang around much past the one-inch mark, at least in the same quantity it showed earlier. The aroma picks up an incredibly complex and rich combination of tree bark and grilled meats, both very hearty smells that fill the nostrils. The burn and draw are both quite good with plenty of smoke production as well. 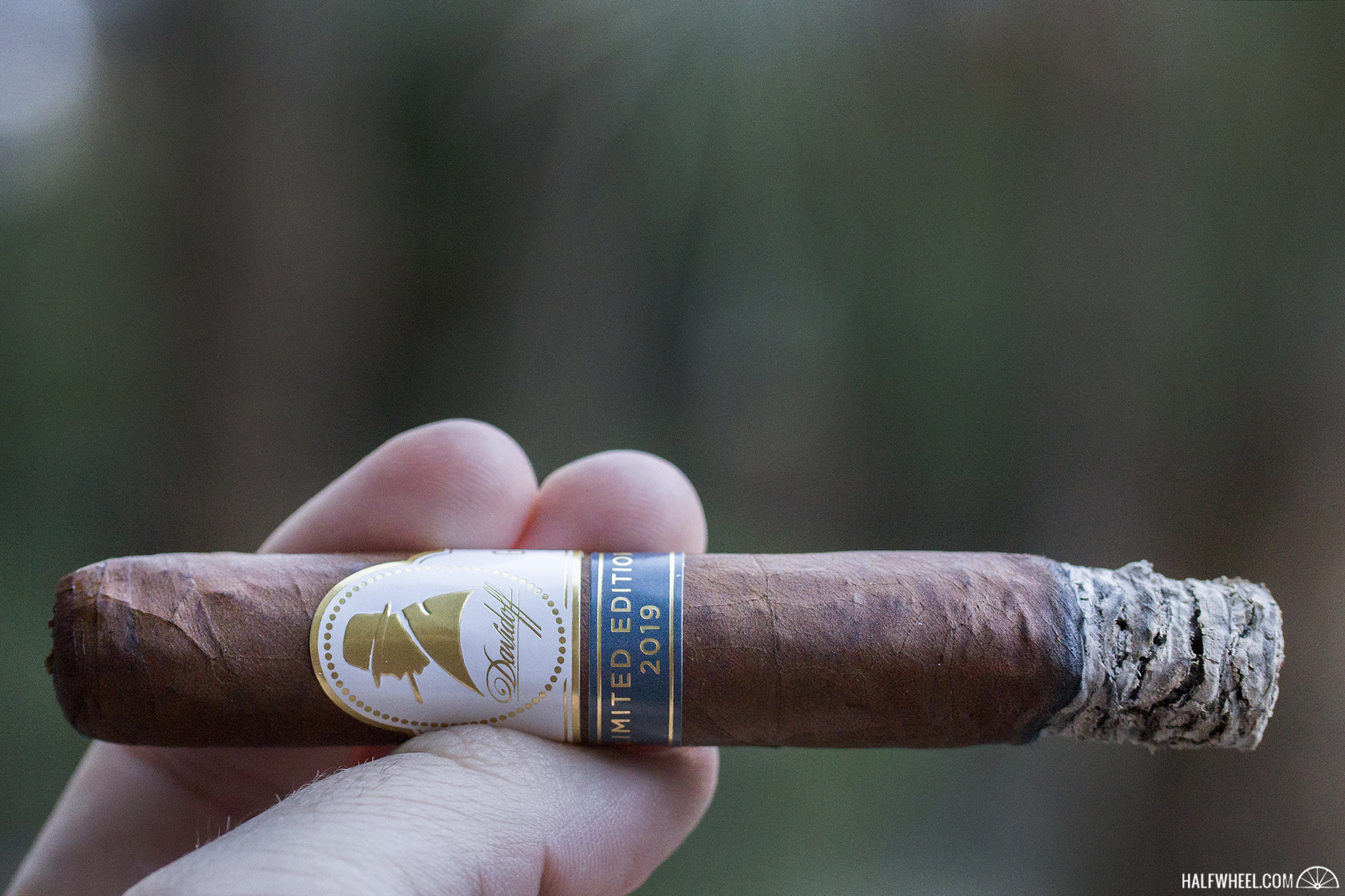 By the start of the second third, I find myself trying to figure out just what is going on with The Traveller’s profile, both in terms of flavor and strength as they seem to be a radical departure from anything I’d expect to come from Davidoff. The second sample I smoked for this review is a good bit milder than the first as well as another sample smoked a few weeks ago that was not part of the review, and the result of the toning down of flavors is remarkable and much appreciated. At its more balanced expressions, the cigar picks up a bit of cocoa powder at points, but it’s far from a defining flavor or one that I’d say I will remember about the profile. The tail end of the second third sees the cigar’s more aggressive notes come back and start to grate on the back of the throat a bit. Touches of red chili pepper come in as the burn line passes underneath where the band would be, furthering the palate stimulation and the throat irritation in equal parts. 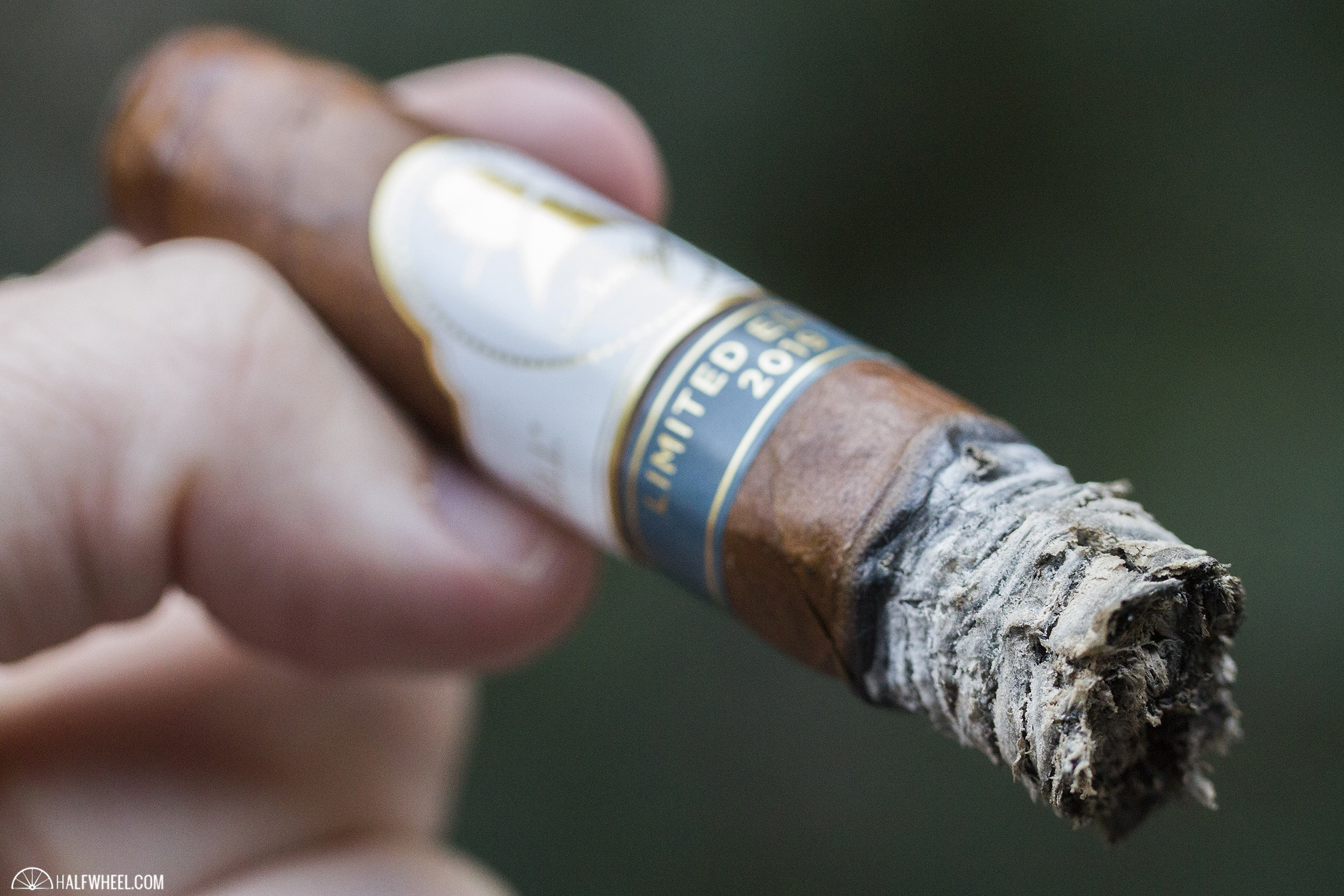 The final third of the Davidoff Winston Churchill Limited Edition 2019 toys around with strength and flavor; in the first sample it’s more of a continuation of what the cigar has offered so far, while the second sample begins a slow ramp up back to the more aggressive points after keeping things fairly mellow in the second third. There’s some char in the wood flavor at points, and that mystery flavor from the first third returns to irritate the throat. Once again, cocoa powder tries to make an appearance and does so in the third sample, though again I doubt I’ll be remembering it a year from now. Retrohales are also a good bit stronger, returning to their peak levels with some red chili pepper flakes driving the sensation. The cigar burns well until it’s time to put it in the ashtray, though it feels like smoke production diminishes just a bit in the final inch. 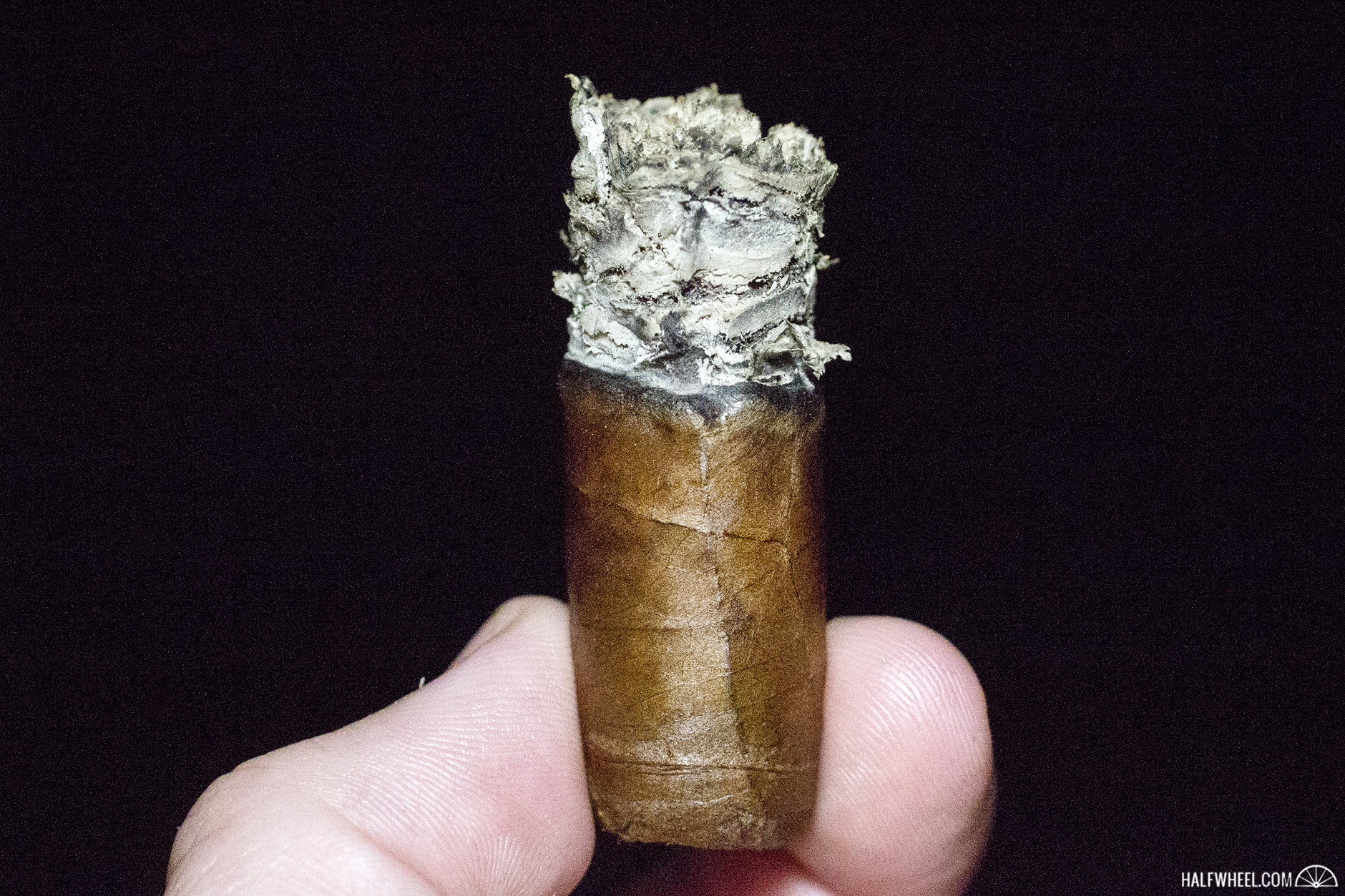 If we gave out an award for Most Confounding Cigar of the Year, the Davidoff Winston Churchill Limited Edition 2019 would certainly be in the lead at the moment. After smoking four of them now—three for the review, one on my own—I simply don't know what the intent was with this blend, and if what I have smoked is what the company and its blenders intended for me to smoke. From the first puff, there is a unique harshness that I have rarely come across in a cigar that gets compounded by pepper and a decent bit of strength, though again not anything that rocks the body. My first experience with the cigar several weeks ago led me to think there was something wrong with me—I was tired, my palate was shot, it was the wrong cigar to smoke first thing in the morning, and so on—but now I'm generally wondering just what is going on with the cigar itself. Each of the three samples had the same basic profile and progression, and though some were tamer than others, the net effect was the same. A cigar that overworks the palate and offers just a scant handful of truly enjoyable puffs. Maybe this will improve with some rest—something I'm hoping for given I have another sample queued up for a redux—but for now this is a cigar I simply can't recommend, which is quite a shame given how much I have come to enjoy the other releases in the line.