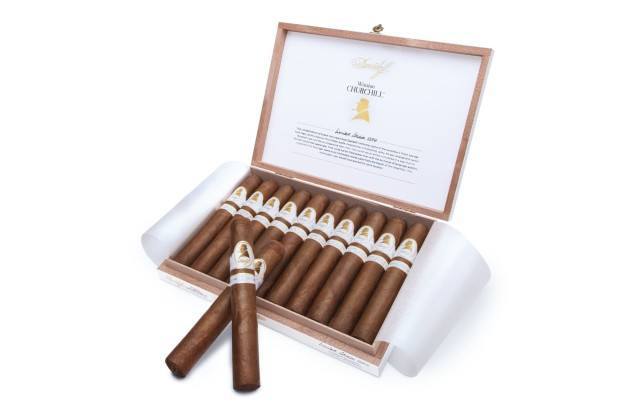 A bit earlier than originally announced, Davidoff of Geneva USA has shipped the Winston Churchill Limited Edition The Raconteur.

The company originally indicated the cigar would not ship until February or March, but it actually began shipping the cigar last Thursday.

It’s the first limited edition extension to the revamped Winston Churchill line. The 6 x 56 gran toro uses a slightly different blend compared to the one the company debuted last year. An Ecuadorian habano wrapper replaces the Ecuadorian Rojiza wrapper from the regular version. Both The Raconteur and the regular version use a Mexican San Andrés negro binder, but the limited edition features a 15-year-old Dominican San Vicente ligero alongside piloto visos, hybrid olor/piloto visos, piloto seco and Nicaraguan ligero from Estelí and seco from Condega.