To close out 2015, Davidoff of Geneva USA announced a new addition to its terroir series, the Davidoff Nicaragua Box Press.

At first glance, it would appear that this is simply a box-pressed spin on the Davidoff Nicaragua, which was released in the summer of 2013. But the Davidoff Nicaragua Box Pressed is more than just a new shape; the blend has changed as well. Gone is the Nicaraguan rosado wrapper, replaced by a Nicaraguan oscuro wrapper. Also changed is the filler blend, which now has an additional leaf of ligero to add more strength, pepper and punch to the profile, which is made up of tobaccos from the Condega, Estelí, Jalapa and Ometepe regions of the country.

While it might be a bit of an overstatement to call this a monumental new release for Davidoff, it is the first time the company has released a box pressed cigar that bears the Davidoff name, something that is a bit astounding given the company’s vast history and portfolio. 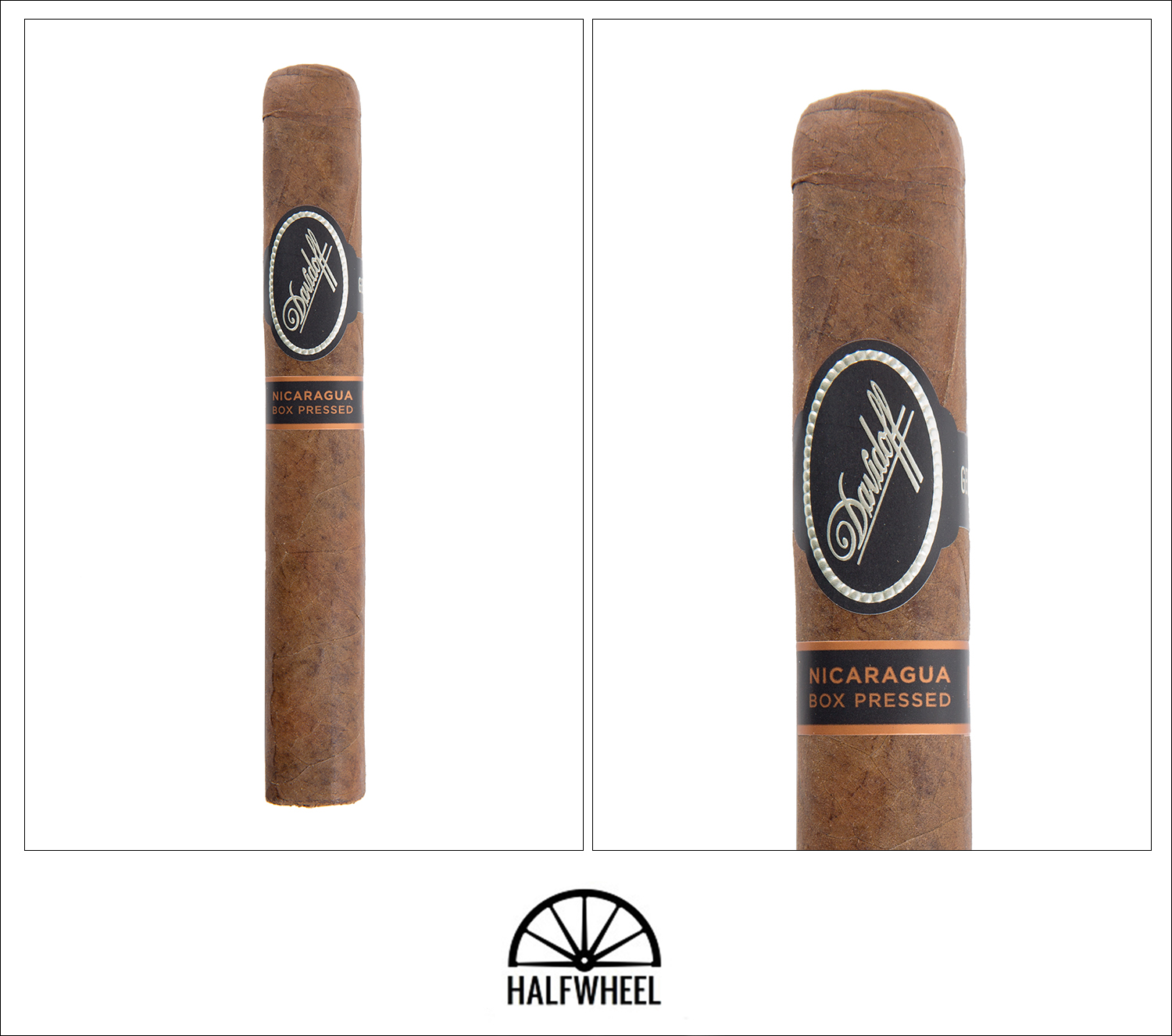 While I know the wrapper on the Nicaragua Box Pressed is different from that of the original, its shade along with the distinct color and presentation of the bands makes this cigar immediately recognizable as part of the family. The box press gives the cigar a bit of a candy bar shape and feel, but the comparison stops when it comes to the fairly smooth wrapper that while dark, is nowhere near the color of chocolate. There’s just a bit of give to the cigar, noticeable primarily when squeezing front to back as opposed to side to side, something I seem to find frequently among box-pressed cigars. The pre-light aroma delivers a quick one-two punch of thick sweetness followed by chili pepper, the former more constantly than the latter, though both are prevalent. The cold draw is a bit more forward with a dry and slightly peppery preface, as I get varying combinations of hay, wheat and wood through the three samples. For the most part the cold draw is well calibrated, with one sample being much too loose for my liking.

If you like a hearty amount of clean pepper to start off your cigar, the Davidoff of Nicaragua Box Pressed Toro will certainly deliver, and shows that this new blend won’t be lacking in punch. It’s not an explosion of pepper; rather a firm handshake to start things off and gives the immediate impression there is more to come. Smoky wood comes soon after to give the cigar a bit of gravitas, though while the flavor is heavy the abundant smoke stays fairly light on the palate. The nose gets a good bit of table pepper through the ambient smoke, with retrohales even more pointed and plentiful, though again it is refined and very clean. By the time the first inch has burned I’m trying to keep up with the complexity that the cigar has begun challenging me with; I pick up a bit of warm root beer on each puff, but with more of a black licorice finish, minus all the things I hate about most commercially available black licorice. The flavor shifts to become a bit drier, and what I perceived as a thick bark note earlier is now a bit more towards a familiar wood note, but without completely giving up its earlier notes. A very small amount of brown sugar lingers in the background in hopes of adding the faintest amount of sweetness, though most of what I get comes from the root beer note. With the first clump of ash gone, the pepper moves swiftly towards almost pure black, giving much more punch to the palate and nose, while the first bit of irritation hits the back of the throat. It’s a fairly slow burning cigar through the first third, seeming to burn only when being puffed on yet it never goes out or needs a touch up. 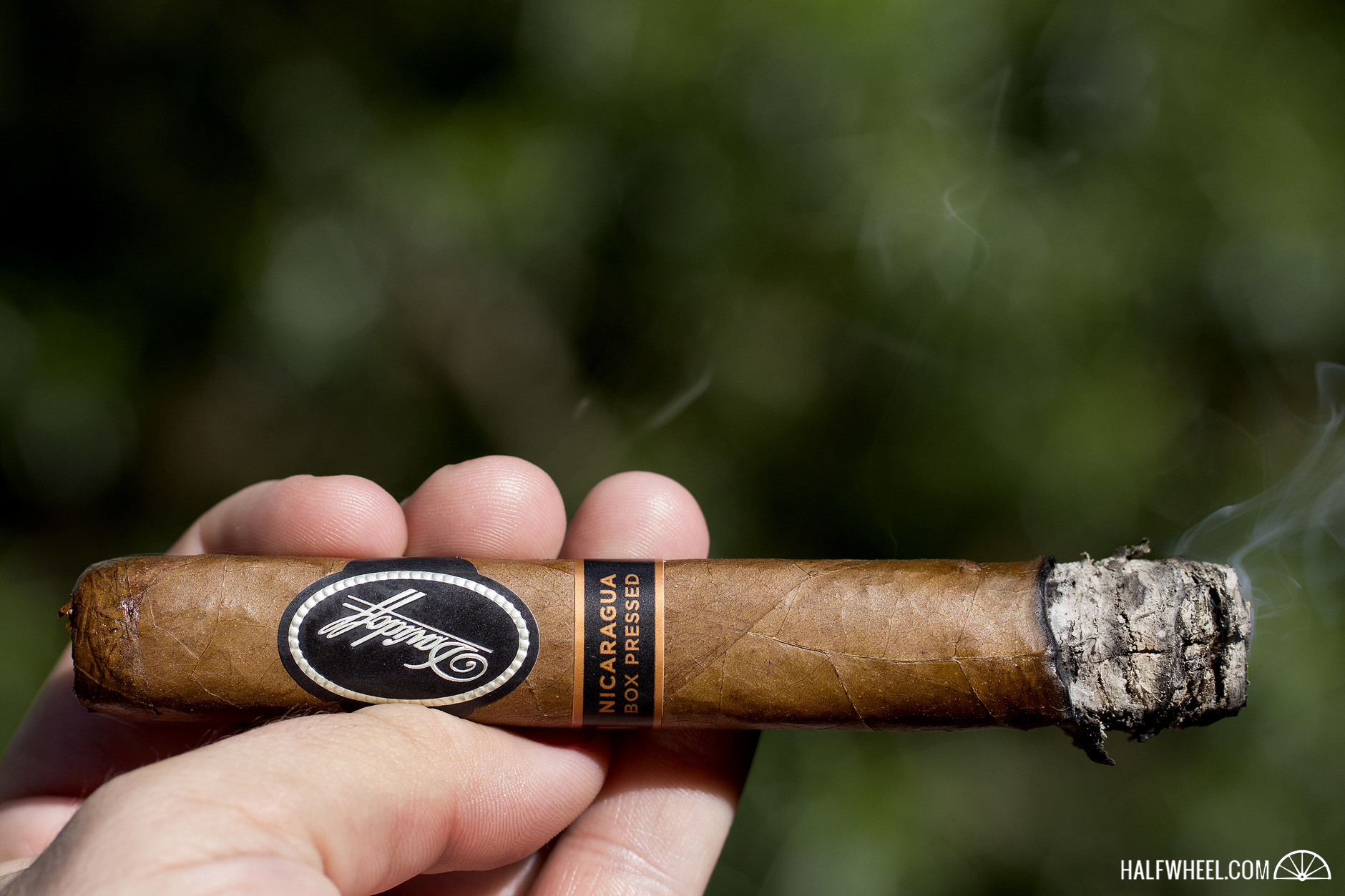 The Davidoff Nicaragua Box Pressed Toro continues its building of raw strength at the start of the second third through distilling out most of the background notes and leaving the pepper to drive most of the flavor and aroma. While the complexity has certainly diminished, the cigar hasn’t lost any of its presence on the senses, and if anything may be even more upfront than it was in the first third. While the cigar hasn’t been shy with flavor, it fully sheds any sheepishness about its strength by the midway point. After spending a considerable amount of the second third flexing its strength, the cigar returns to a more flavor-forward profile, with a bit of chalk leading an evolution that culminates the middle section with orange in the aroma and what appears to be the beginning of a return to many of the flavors found in the first third. 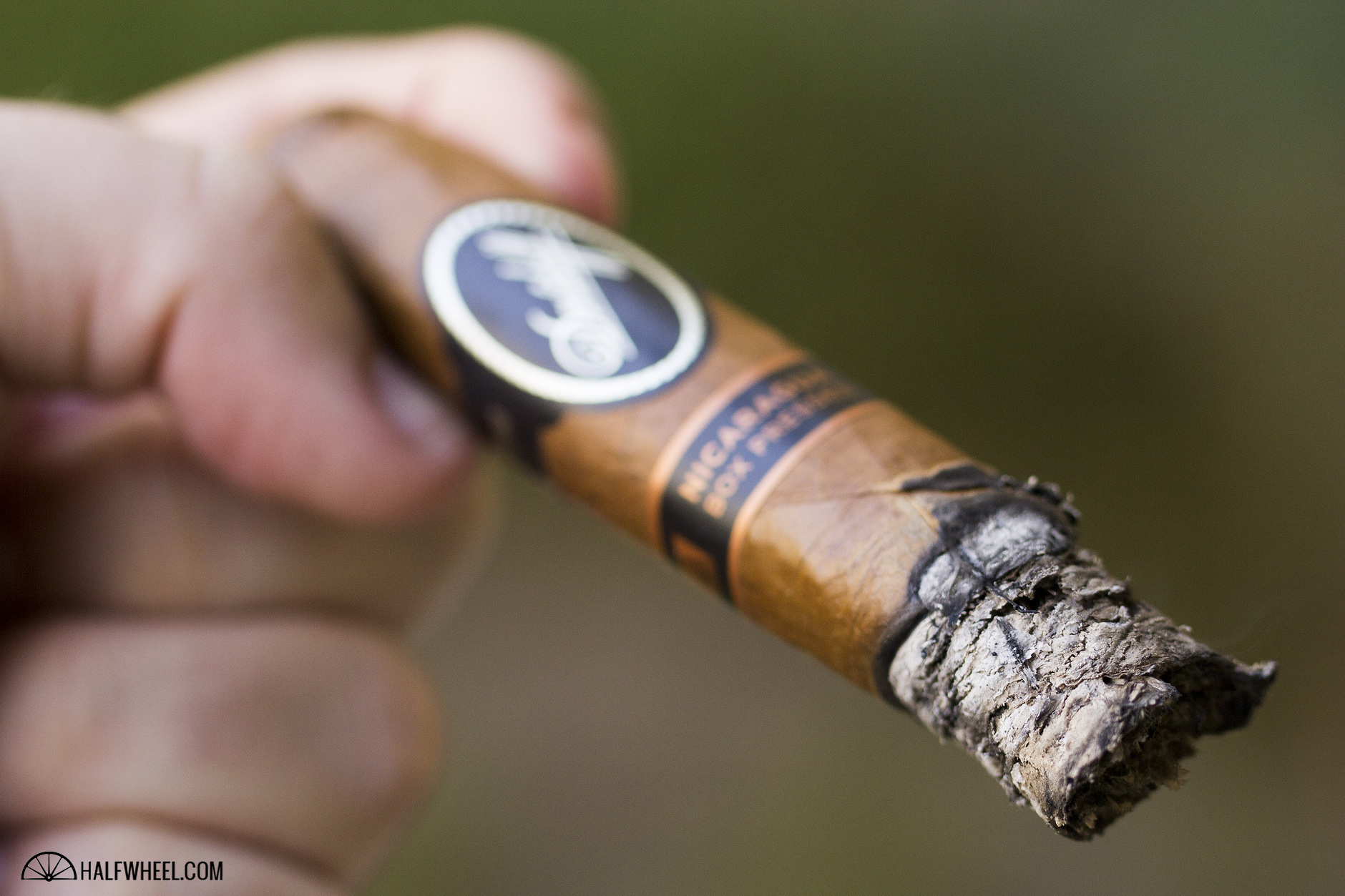 There’s still a good bit of pepper to be found at the start of the final third; the Davidoff Nicaragua Box Pressed Toro hasn’t given up that constant flavor and for good reason as it comes across more refined and balanced than many pepper-driven cigars. The strength has thankfully backed off quite a bit from where it was previously, but the effects still linger as the bands come off, and I’m beginning to wonder if Davidoff didn’t overstep just a bit with the ligero in the filler. Flavor-wise, the cigar has made almost a complete return to what it was offering in the first third, with a bit of wood and the warm root beer flavor that at times skews earthy, but never fully embraces the descriptor. While the cigar doesn’t have burn issues per se, it isn’t as sharp and crisp of a burn line as I would like or more importantly, would expect from Davidoff. Between the slow burn rate and what feels like a creeping amount of nicotine, I find myself getting fairly fatigued by the cigar and would be happy putting it down with about two inches to go, but carry on I must, and I begin to get a bit more earth on the palate and a combination of chalk and grilled meats in the aroma, the latter of which could just as easily be someone’s dinner being cooked nearby. It’s a pretty straight shot to the end of the cigar without much in the way of flavor or aroma changes, and thankfully the burn had corrected itself a bit but is still less than perfect. 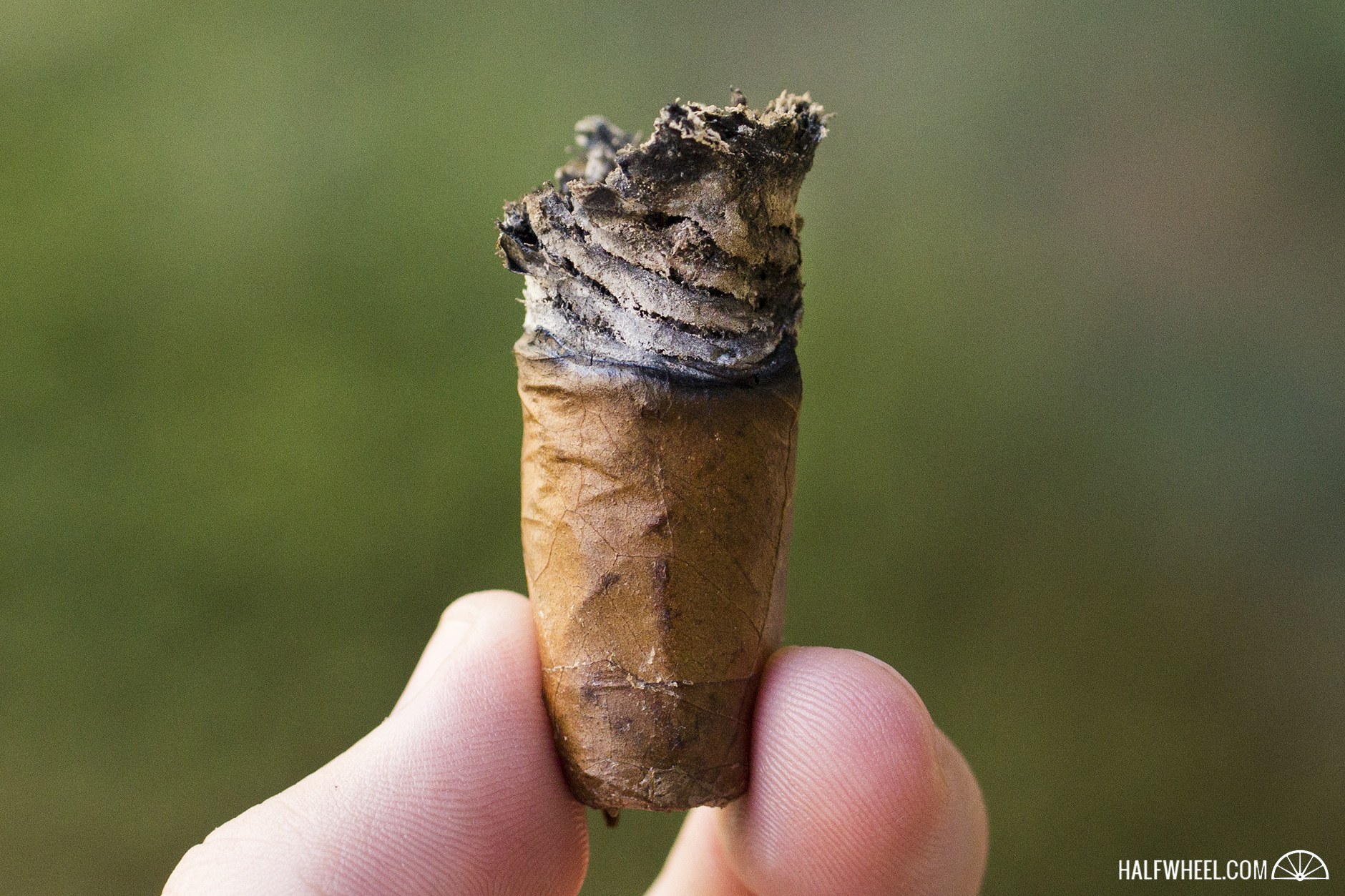 While I have never called the original Davidoff Nicaragua a perfect cigar, it was certainly darn close, especially in the Toro that gave the blend plenty of room to breathe without the flavors being overly concentrated, and I certainly can't come up with many suggestions as to make that cigar better than it already is. This new blend of the Davidoff Nicaragua, while good, seems to err a bit too much on strength, particularly in the middle third, where pepper dominates and the cigar delivers a resounding kick to the system. While I'm not opposed to strong cigars by any means, I'm not convinced that was what the Davidoff Nicaragua blend was in need of, or that I'd pick the Box Pressed over the original if presented the option. However, this is still a very good cigar that shows the refined nature of Davidoff's blenders and components, and gives those seeking a punchier Nicaraguan puro a very viable option the next time time they want a cigar.