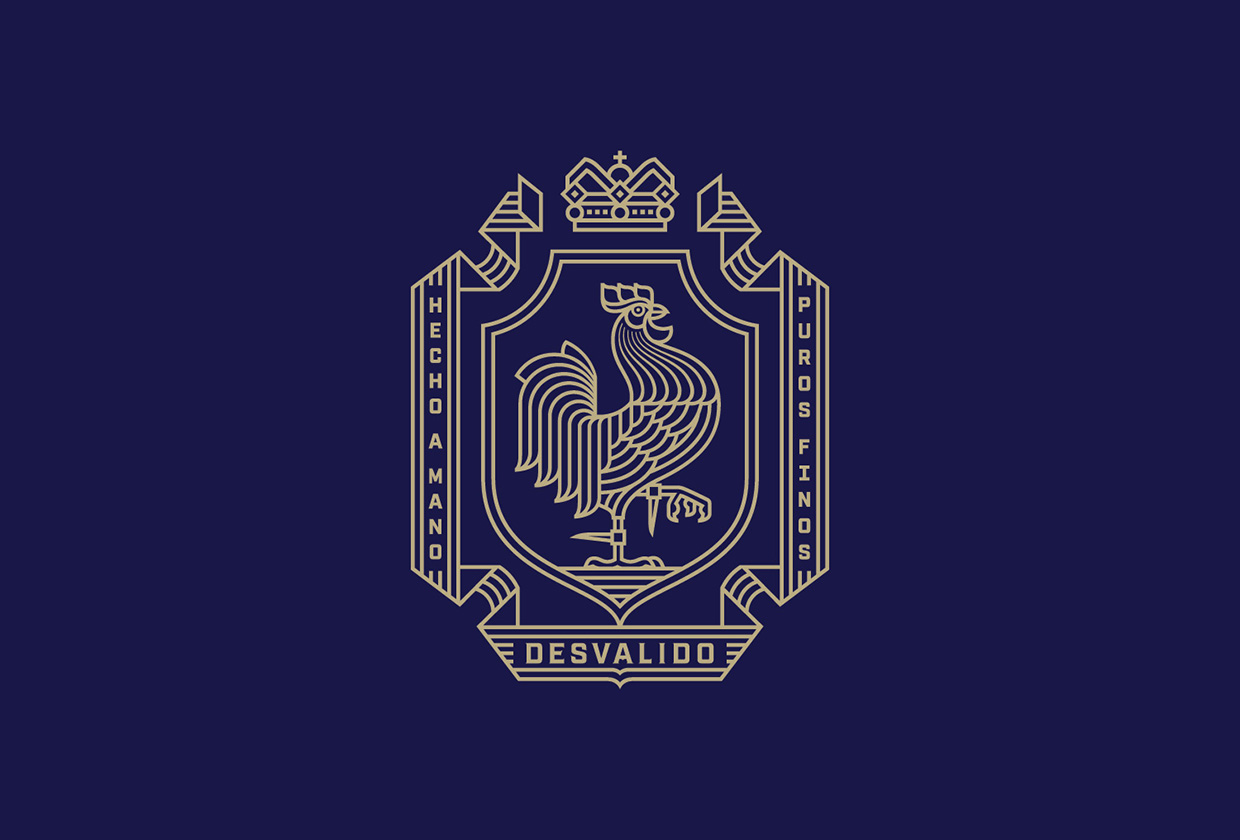 Dapper Cigar Co. has begun the rollout of its newest cigar line, Desvalido.

According to Ian Reith, founder of Dapper Cigar Co., the name translates from Cuban Spanish as “those without hope.” He told halfwheel that an older Cuban may hear the term and think of someone who doesn’t ever have the chance to make it.

“This underdog mentality is what fuels myself and our small company in the cigar business,” said Reith. “Since the very first batch of cigars, the battle of proving ourselves as a viable cigar brand and company is ever present in our business.”

He says that all of the concepts that went into Desvalido are meant to be slightly autobiographical. The rooster in the center of the logo both reflects the Spanish connotations of pride and bravery, while also reflecting  his zodiac birth year. The purple color, with its deep blue hue, is reflective of royalty, which when combined with the crowns and gold powder further push against the underdog mentality.

As for the blend, it uses an Ecuadorian habano rosado leaf grown by the Oliva Tobacco Co., a U.S.-grown binder, and a quartet of fillers. Also coming from the Oliva Tobacco Co. are Nicaraguan filler tobaccos from the Cofradia farm in Jalapa and the La Joya farm in Estelí. The Lancaster Leaf Tobacco Co. supplies Connecticut broadleaf, while the origins of the fourth filler are not being disclosed. Reith described that mystery leaf as “some interesting tobacco we’ve never used before and some of which was relatively new.”

That fourth filler tobacco is one of the keys to the blend, Reith said.

“Over the last two years we’ve sample tested small batches of this cigar, in a large number of iterations, each time, receiving feedback from trusted palates,” said Reith.

The blend was developed by Reith, Raul Disla of the NACSA factory, and members of the Oliva Tobacco Company, who worked together to source the correct tobaccos. While developing the blend, Reith said that the hardest part was obtaining the high level of nicotine and strength he wanted without using under-fermented tobacco yet still maintaining blend’s balance.

Reith acknowledges that his palate for cigars has changed a few times over the years, something he tracks along with his development as a blender. “Delivering a stronger blend that checked all my criteria and resonated with me personally was a lengthy process,” said Reith. “Nicotine level, blend complexity, smoke production, look, and retrohale, everything had to be just right on this one.”

There will be four sizes in the line when it gets its full release in the coming weeks:

The Desvalido line was first released in September by way of Privada Cigar Club, which included the toro vitola in its monthly membership package. Another size will be released this month via another cigar club’s pack, though Reith did not disclose which club and which size. He is aiming to have Desvalido get its full, widespread release by the end of October, adding that he has just started taking orders from his sales reps and brokers. However, he has had this project in the works for several years.

“Just to give you an idea of how personal this project is to me, these bands were printed nearly three years ago,” Reith told halfwheel. “They’ve sat, ready for the right blend this entire time.”