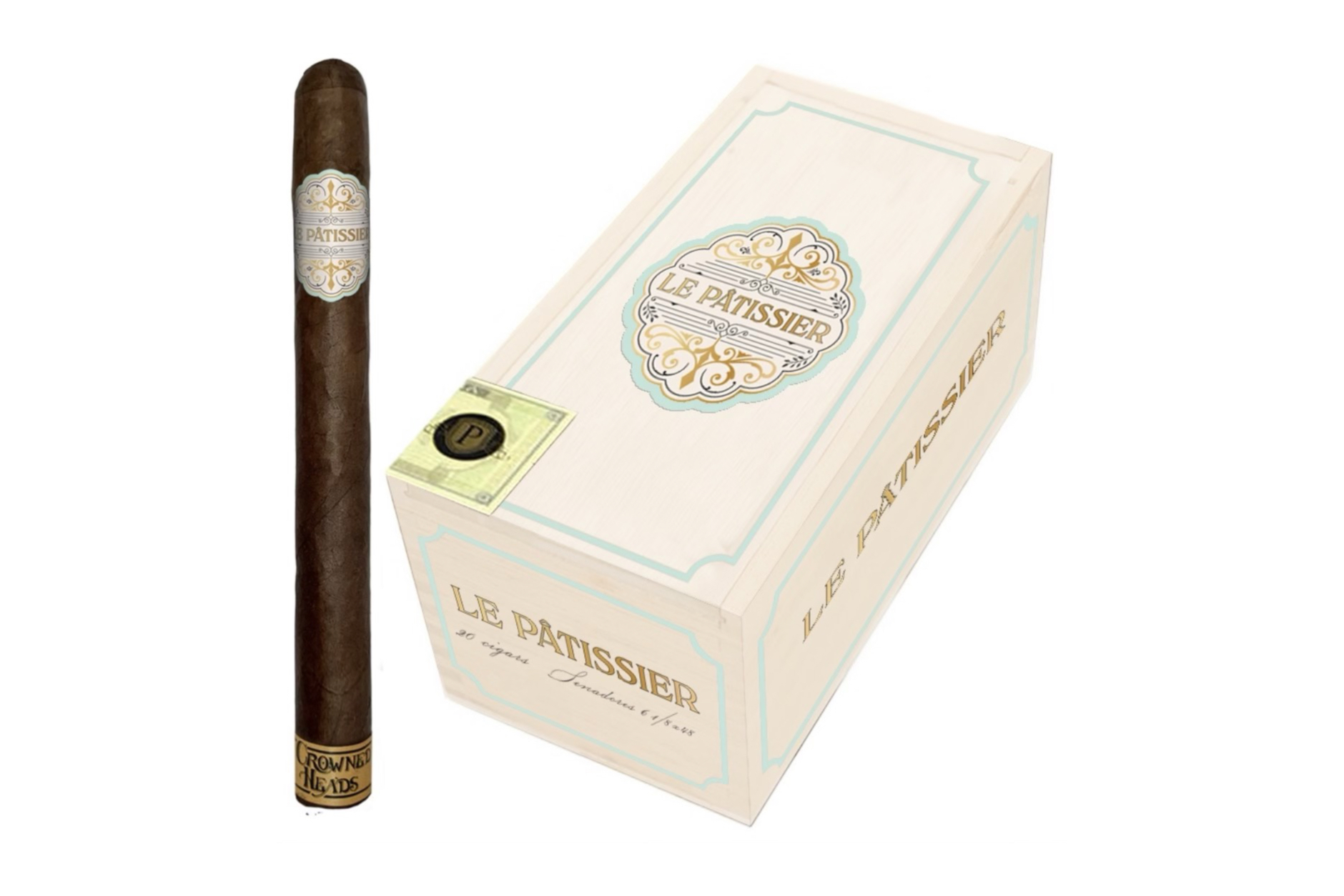 One other change is the packaging, which—despite the picture above—will now include paper bands instead of a brown ribbon that was used as a foot band for the 6 1/2 x 44 size. In addition, the boxes are a different design compared to the 2021 release.

The blend uses a Connecticut broadleaf wrapper over a binder from Jalapa, Nicaragua and fillers from Costa Rica, as well as the Ometepe and Pueblo Nuevo regions of Nicaragua. It’s said to be inspired by another Crowned Heads release, Le Carême, which uses a different blend and is made at a different factory. Like the original Le Pâtissier, Tabacalera Pichardo will produce the regular production version of the line.

“We knew going into last year’s PCA show that we had something special in the Le Pâtissier blend,” said Jon Huber, co-founder of Crowned Heads, in a press release. “Having said that, dialing that blend down into a 44 ring gauge was a challenge as we could only use lower priming wrappers that would yield a thinner cover leaf. Immediately after the release, we went to work on repurposing the Le Pâtissier blend into a slightly larger ring gauge, and it took the flavor profile and performance to the next level. The result is a Broadleaf (CT) expression that is completely unique to any of our previous forays with that wrapper.”

The Le Pâtissier will ship to stores next month.