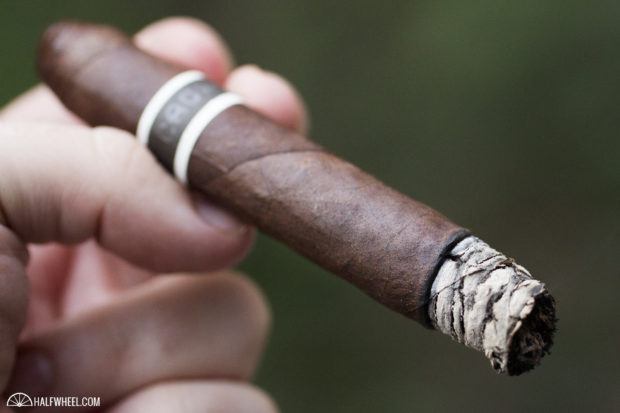 Adding new sizes to a line is nothing new to RoMa Craft Tobac; if anything it might be called a regular occurrence. So when news of a new CroMagnon size was announced back in late June, it was initially met with a bit of tempered excitement. But then it was announced how the CroMagnon Timeline would be released that caught people’s attention.

For the 20th size of the line, RoMa Craft partnered with XIKAR to create a limited edition cigar-and-accessories set called the CroMagnon Monolith. 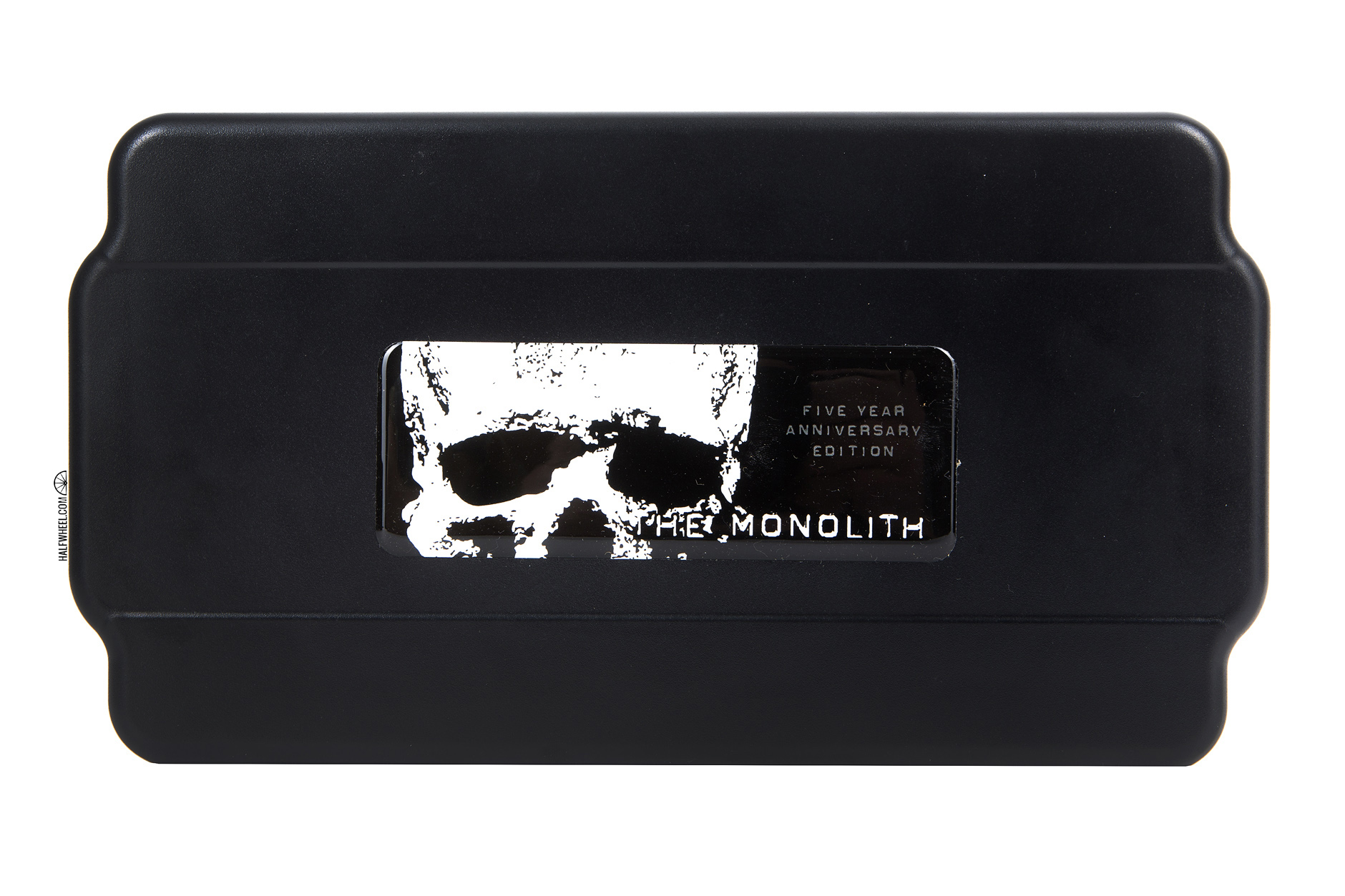 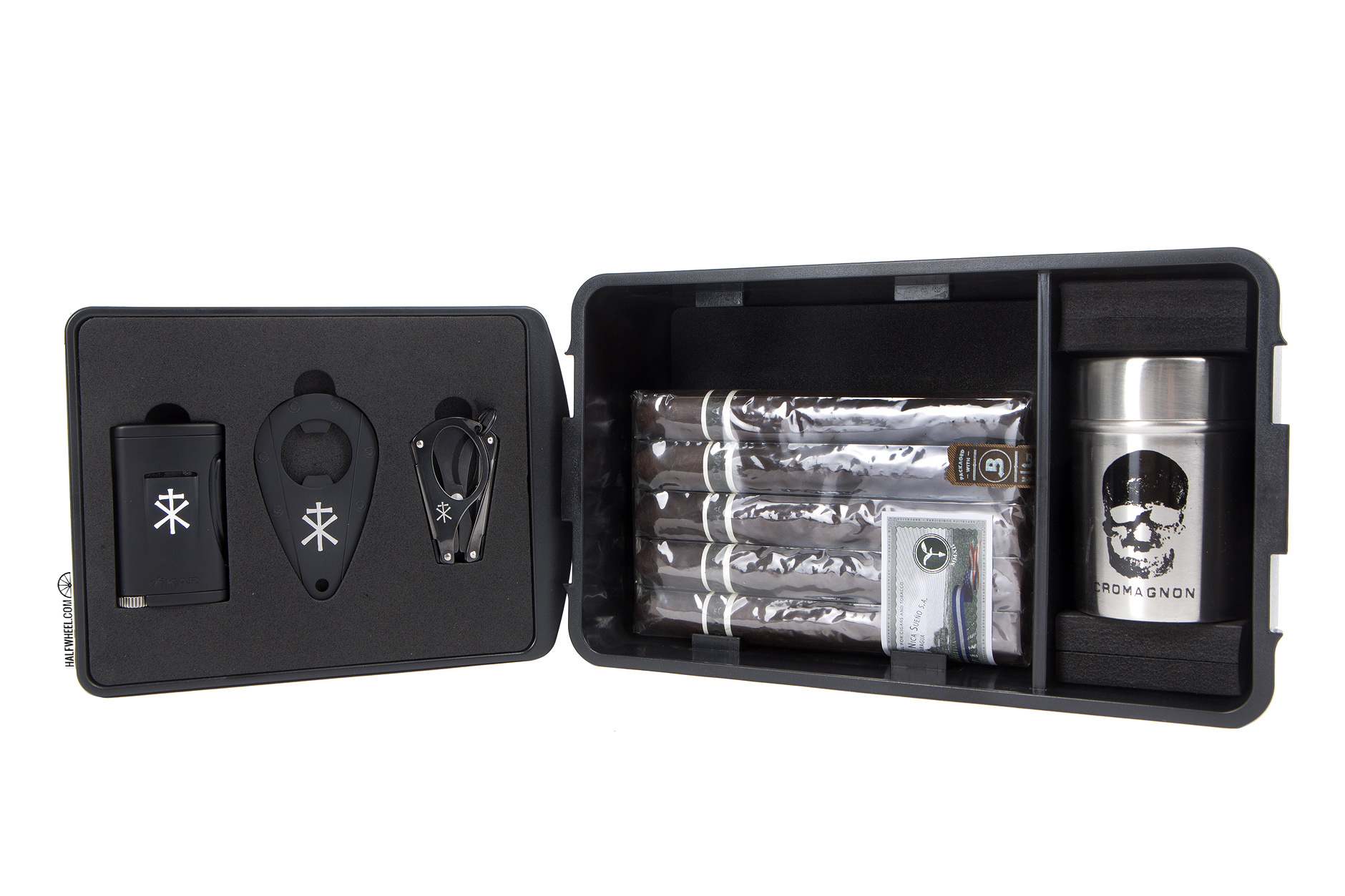 Each set comes with 10 of the CroMagnon Timeline cigars, plus RoMa Craft-branded versions of the XIKAR Xidris lighter, XIKAR MTX Multi-Tool, an Xi bottle opener and a smaller version of the XIKAR Ash Can, all packaged in the accessory company’s new Cigar Locker. Just 500 of the sets were produced, with 400 offered up to retailers at the 2016 IPCPR Convention & Trade Show, and both XIKAR and RoMa Craft Tobac retaining 50 for their own use. 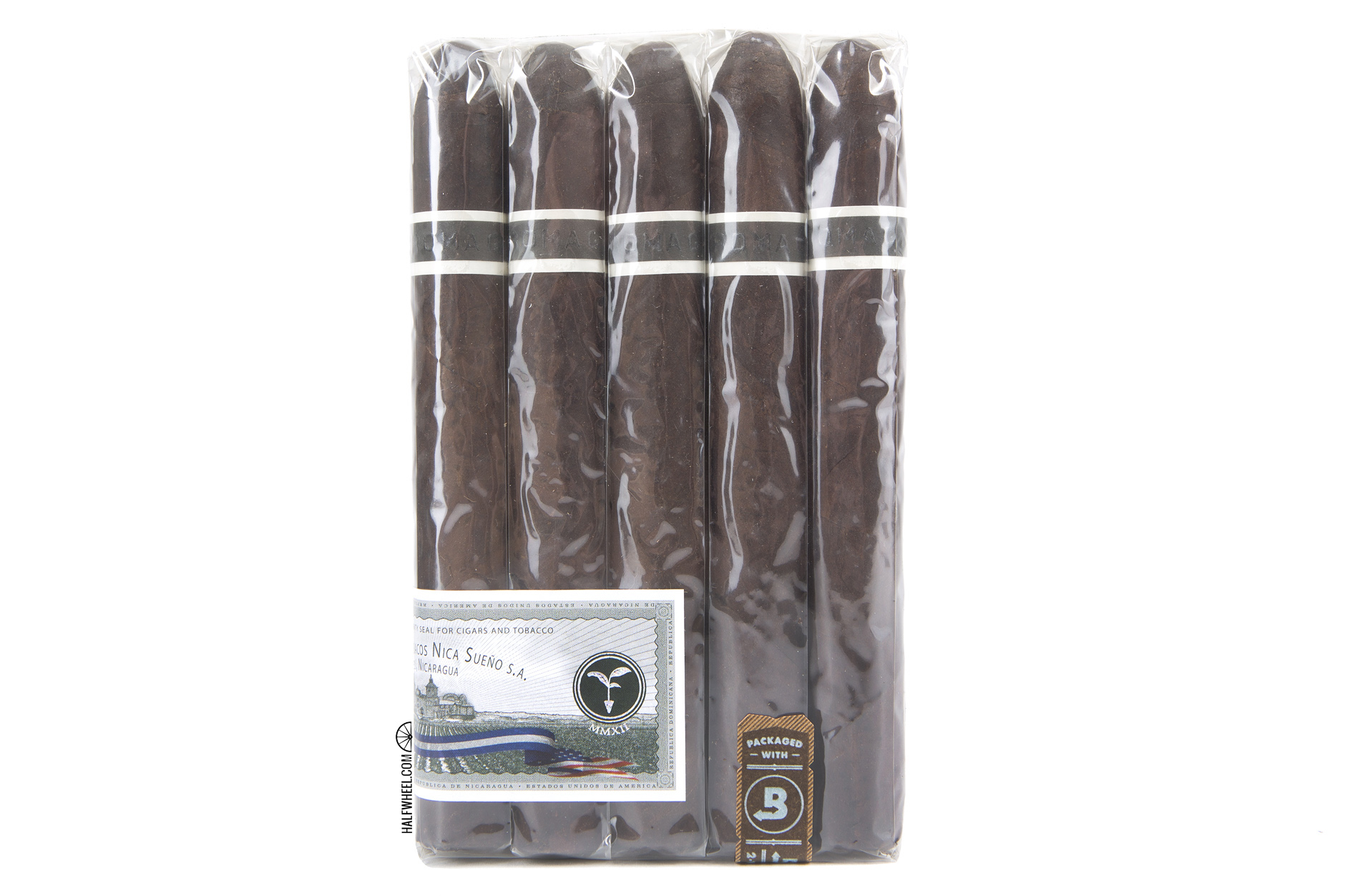 Retailers who purchased the Monolith will be able to get two additional bundles of 10 CroMagnon Timelines, while RoMa Craft Tobac will begin selling the accessories independently of the Monolith sampler in December.

As for the cigar, it was the 21st released in the CroMagnon line, measuring 6 1/4 x 50 and while it shares the rounded belicoso cap of the 109 vitola, it is shorter than the traditional Cuban Nro. 109 by just about an inch, or nearly 159 mm. 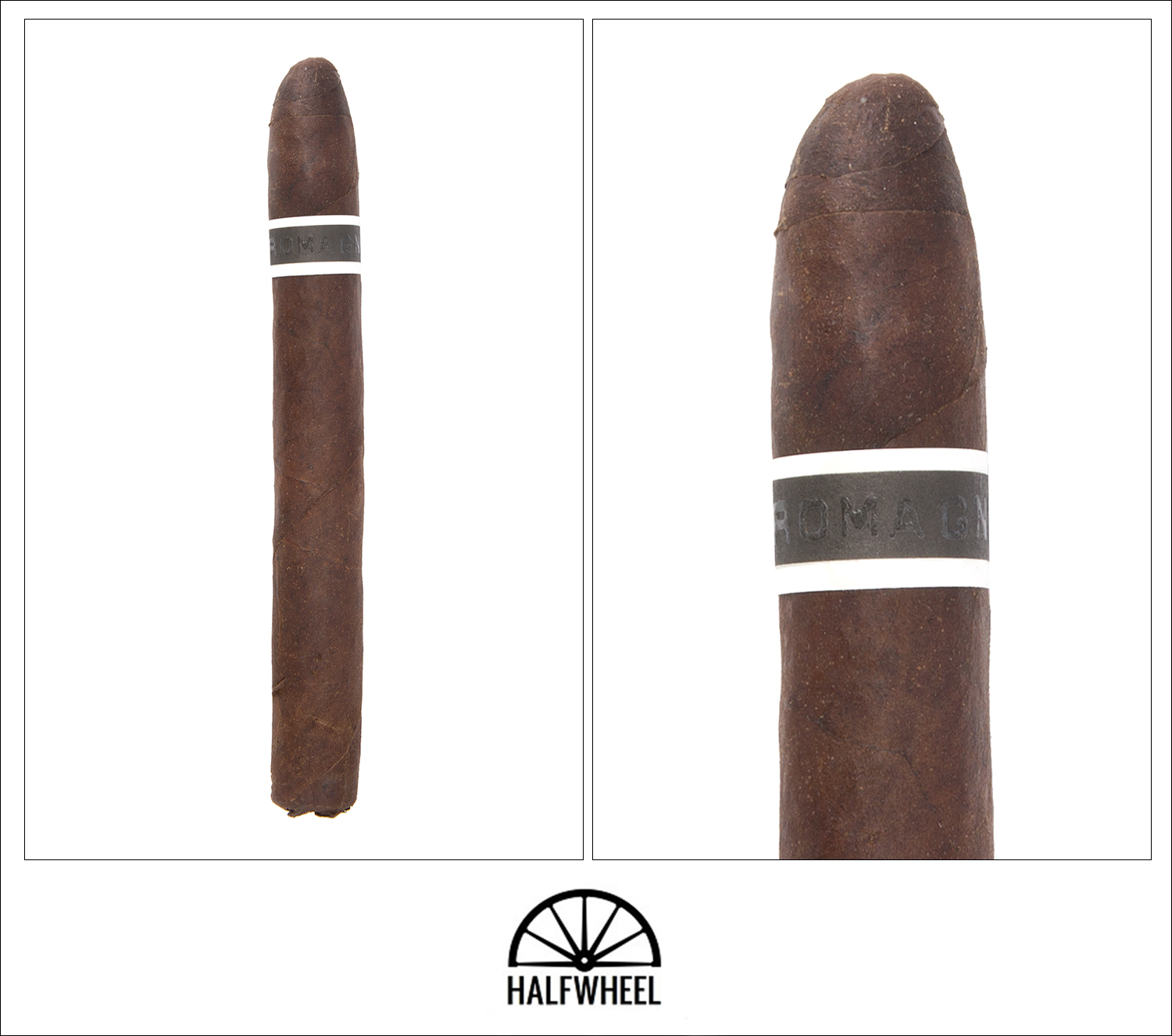 Fans of the 109 shape will instantly recognize this vitola, though it is easy to overlook if you’re not looking for it. Whether or not you are a fan of the distinct head, the dark brown and toothy wrapper is eye-catching as well, ripe with tooth and offering a good number of veins. The Timeline is firm and rolled very well, though even the best roll can’t hide the inherent texture and veins of the leaves used, which results in a sort of still ripple visual with soft waves giving the light plenty of angles to catch. The covered foot offers an initial hit of grape jam sweetness with a backing note of wood matchsticks or generic firewood depending on the cigar. The cold draw is quite loose on the first sample, a bit less loose on the second and a bit better still on the third. Flavors are very subtle, almost a light spread of the grape jam found in the nose on some lightly toasted white bread while one sample shows some cinnamon and baking spices.

The CroMagnon Timeline opens with a pleasantly mild and slightly sweet flavor before developing a profile marked by pepper and spicy tree bark in the first inch. The pepper found in early retrohales is almost cloaked at first before finally releasing a good bit of punch into the olfactory nerves. While the profile isn’t harsh in the early goings, it can have harsh impact at times as the pepper can grind a bit in the back of the throat. The flavor dries a bit after the first clump of ash departs, with the cigar burning quite well and producing plenty of smoke and no discernible issues on the draw, regardless of how the sample presented before being lit. 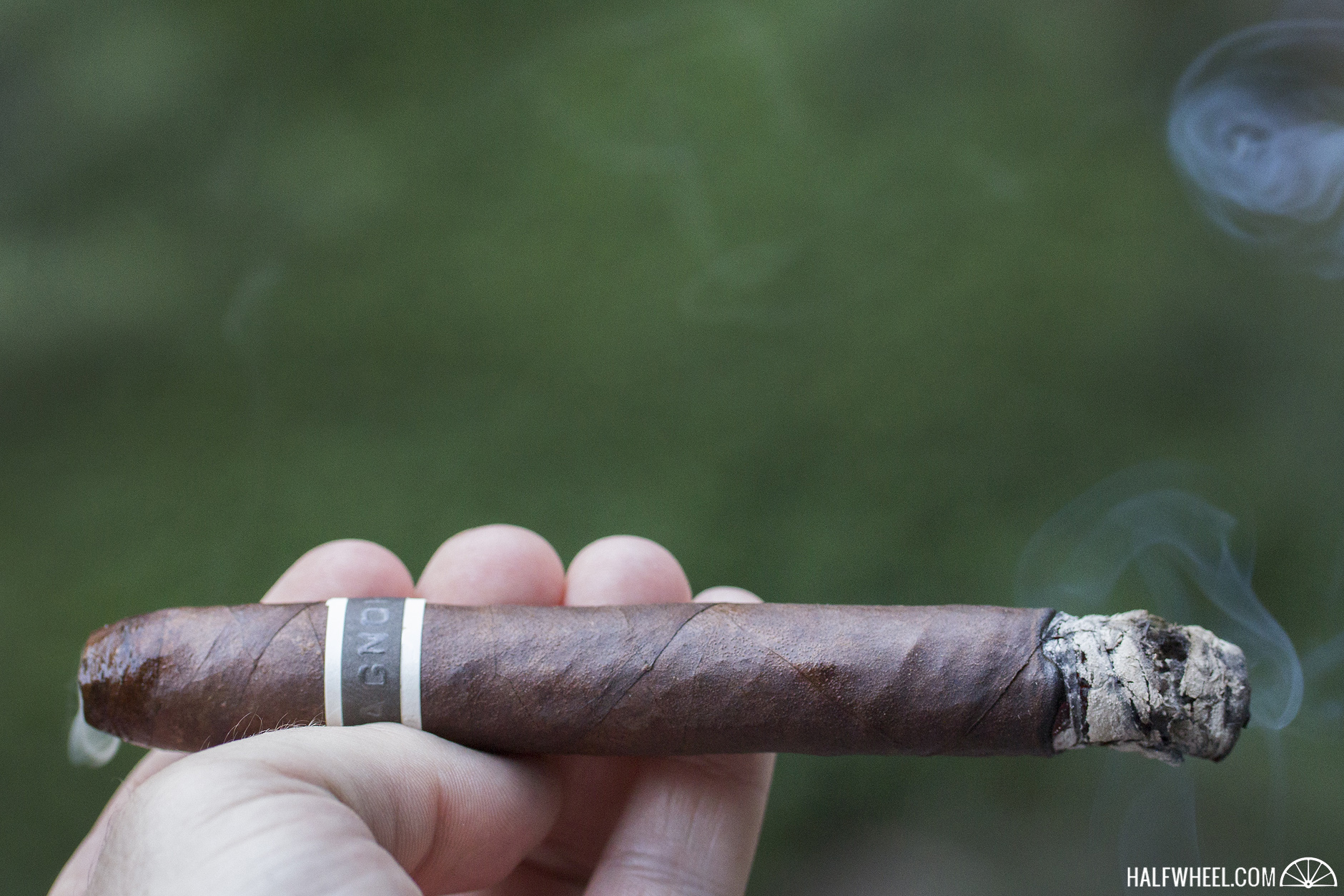 The second third of the CroMagnon Timeline brings about a slightly different texture to the smoke; it’s softer, more plentiful and overall more enjoyable than what the first third offered, though it’s not as if that had been a problem. The flavor tends to mellow a bit as well, and what harshness had been found earlier is almost completely a thing of the past. The cigar begins to put out a damp, bark-like profile both on the palate and in the aroma, but the complexity that is shown is much more complex than that quick description. There is a bit of Asian-style spicy sauce, readily apparent ligero and its associated mix of sweetness and pepper. 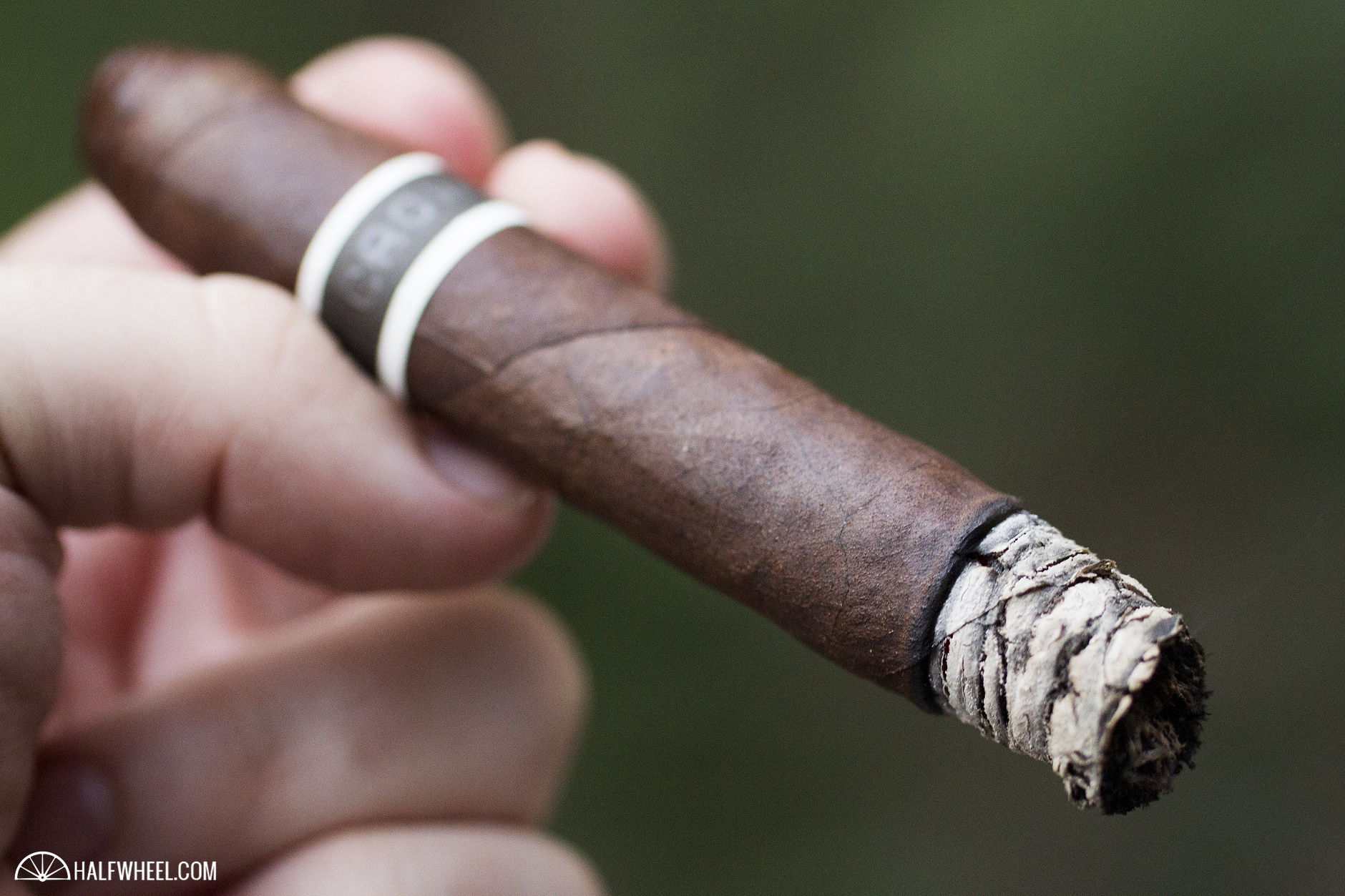 The first burn issues begin to emerge in the final third of the CroMagnon Timeline, though dryboxing the third sample did help alleviate those issues. There is still plenty of pepper for the nose and that’s without retrohaling the smoke; doing so only adds to the intensity that will challenge even the more iron-nostrilled smokers. The flavor continues to be on the dry side and black pepper results on the palate as the body of the cigar thins just a touch, most notably from how the smoke presented at the start of the second third. Save for the black pepper, which stays fairly present, the CroMagnon Timeline finishes with some diminished strength and flavor, seemingly peeling away the complexity it showed at its midpoint and closing on a medium-strength and medium-minus body profile that might just encourage another cigar to be lit up. 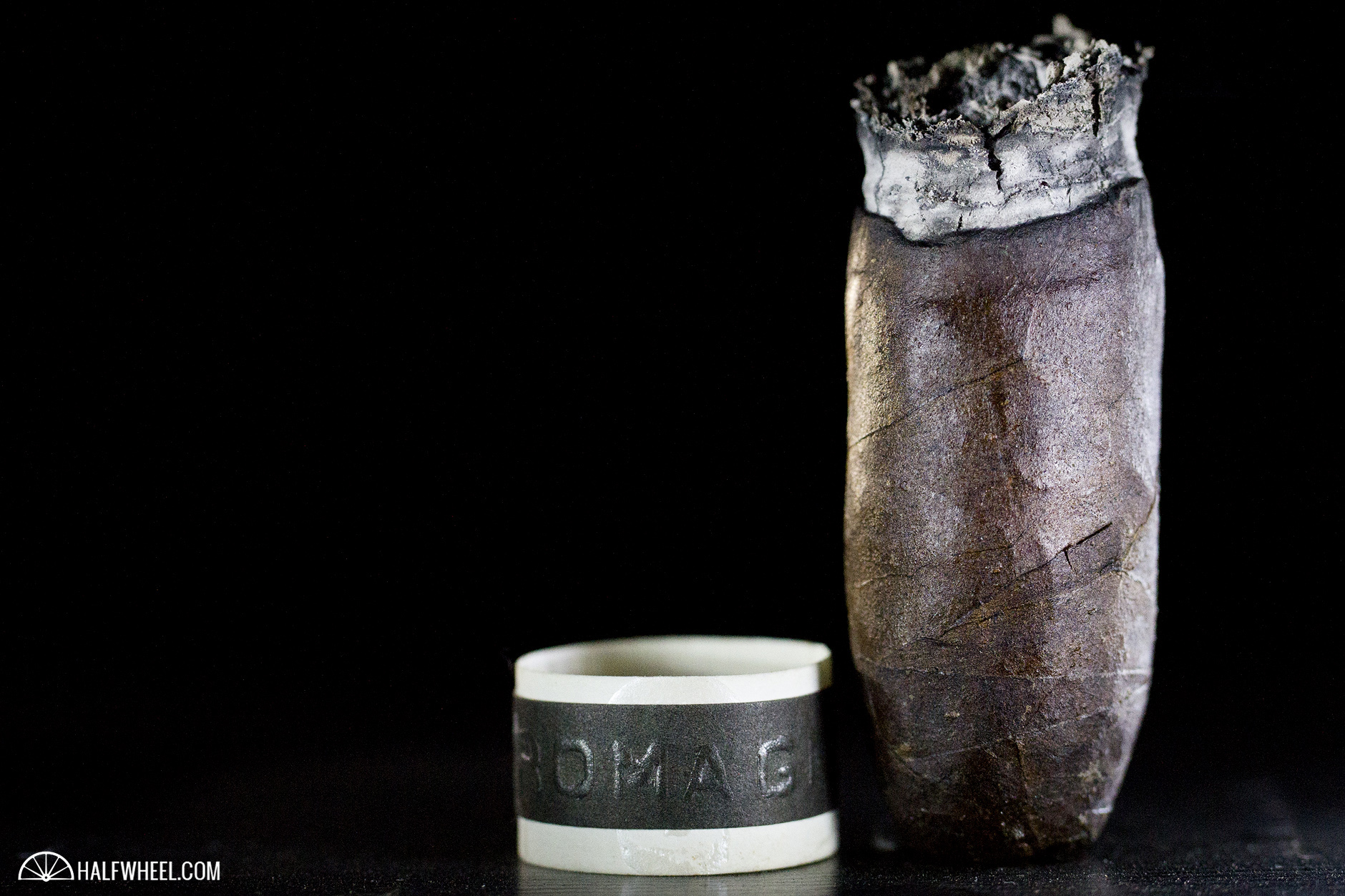 I’ll readily admit that I don’t smoke the CroMagnon blend that often; partially because I’m almost always smoking things for reviews and thus have little free time, and partially because I considered it to be a touch too strong for my preferences, particularly when I have a few free moments to smoke without a laptop for documenting the experience. The Timeline vitola has done a nice job reintroducing me to the line and leaving a favorable impression to boot, particularly in the second third of the cigar where the complexity hits a peak, the smoke is lush and pleasing, and everything seems to be dialed in the way the blend was intended to be enjoyed. While the pepper may still tread into the overly abundant range at times and the final third could stand to hold onto what the second third offered, the overall final product is another successful entry into the line. Unfortunately there won’t be enough of these to go around once the bundles appear; thankfully there are plenty of other sizes by which to enjoy this staple blend in the RoMa Craft Tobac portfolio.