There is something amazing about how certain cigar companies and brand owners are able to take one cigar and create several offshoots of it.

Case in point, the CroMagnon EMH—which stands for Early Modern Human—from RoMa Craft Tobac. A 5 x 56 robusto gordo, it’s a regular production size in the company’s line, and a fine cigar on its own. Then in 2013, the company created the CroMagnon Fomorian, using 250 EMHs that had been set aside for aesthetic issues and rewrapping them with a candela wrapper.

From there, it seemed only natural that the two versions should intermingle, and indeed they did. First, by way of the CroMagnon EMH Black Irish, which uses a thin strip of Ecuadorian Connecticut candela running up the Connecticut broadleaf wrapper to create a barber pole or candy cane design, though not in the traditional sense where two—or sometimes three—leaves are overlaid on top of each other during the rolling process to create the design. This is more of a decorative addition.

Then the inverse of that got released to Old Virginia Tobacco Co., who received the CroMagnon EMH Don Bosco in early May 2019. In this case, the broadleaf was used as the accent strip over the candela wrapper. 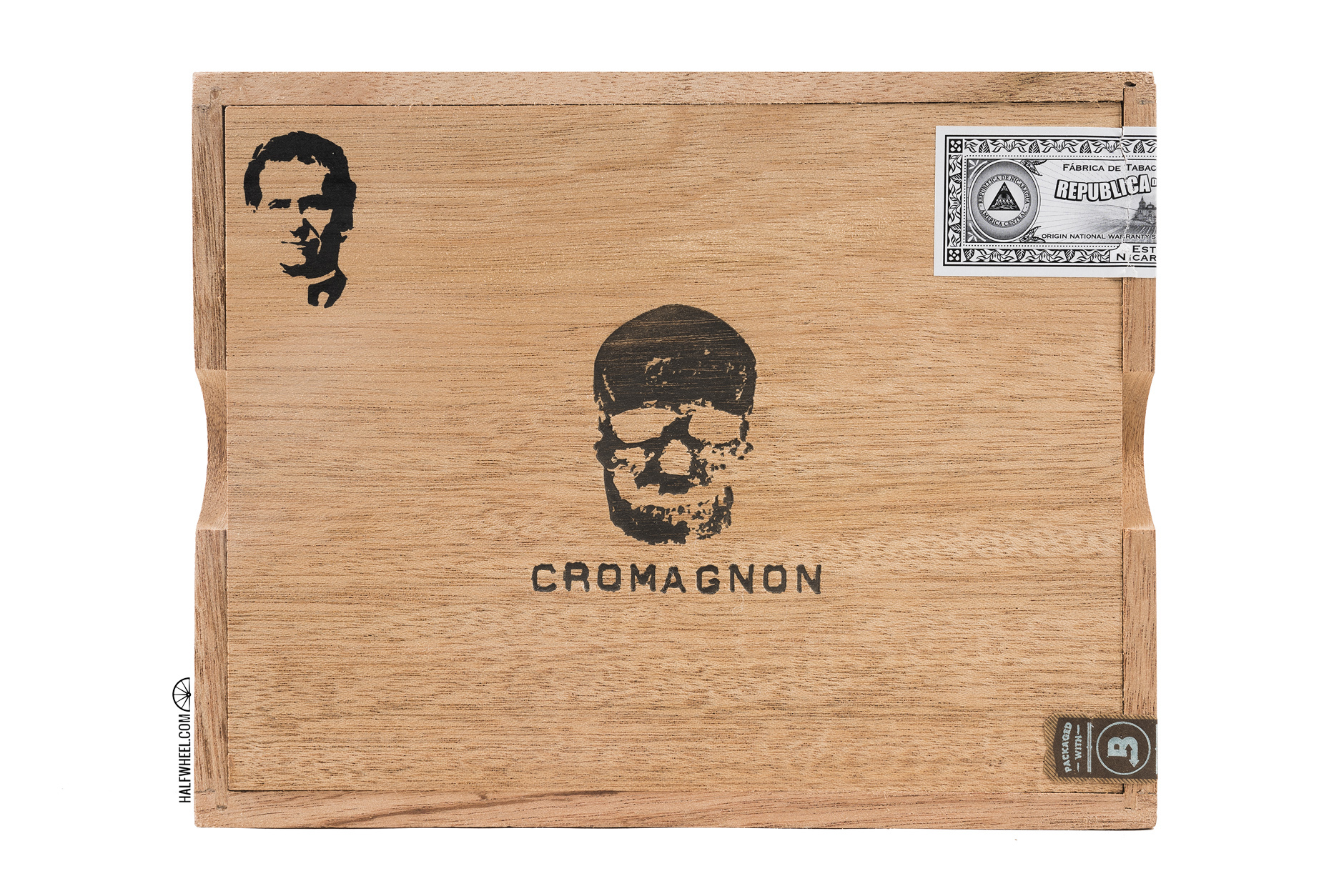 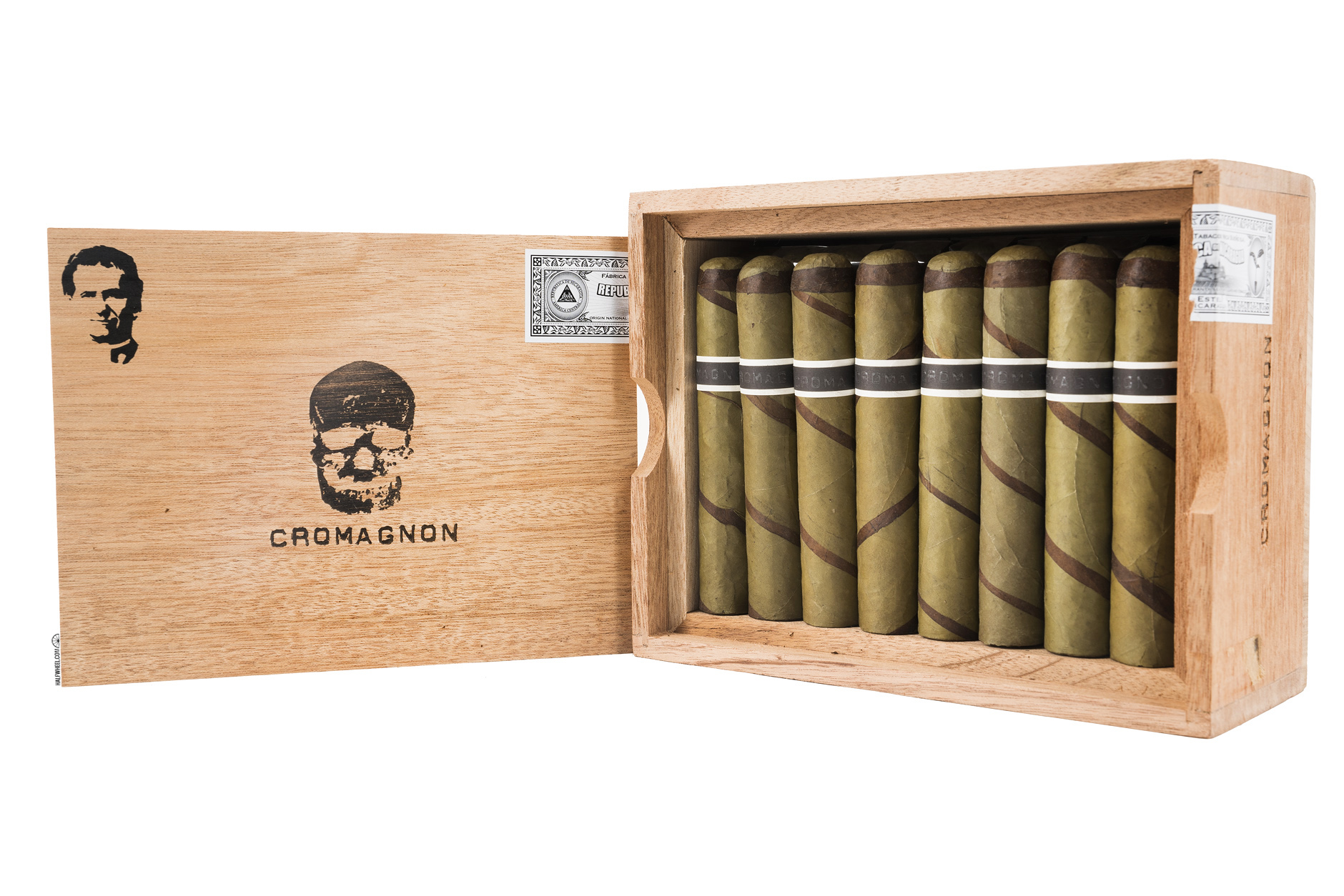 The store received 500 boxes of 24 cigars and said there was a good chance they would all be sold by the time the launch event was over.

The cigar gets its name from Giovanni Melchiorre Bosco, an Italian Roman Catholic priest, educator and writer who lived from 1815 to 1888. He was best known for working for with street children and juvenile delinquents, educating them via a method that came to be known as the Salesian Preventive System, focusing on teaching with love rather than punishment. He was made a saint in 1934.

Skip Martin of RoMa Craft Tobac indicated that all profits generated by the factory will be donated to a church: Iglesia Don Bosco in Estelí, Nicaragua. 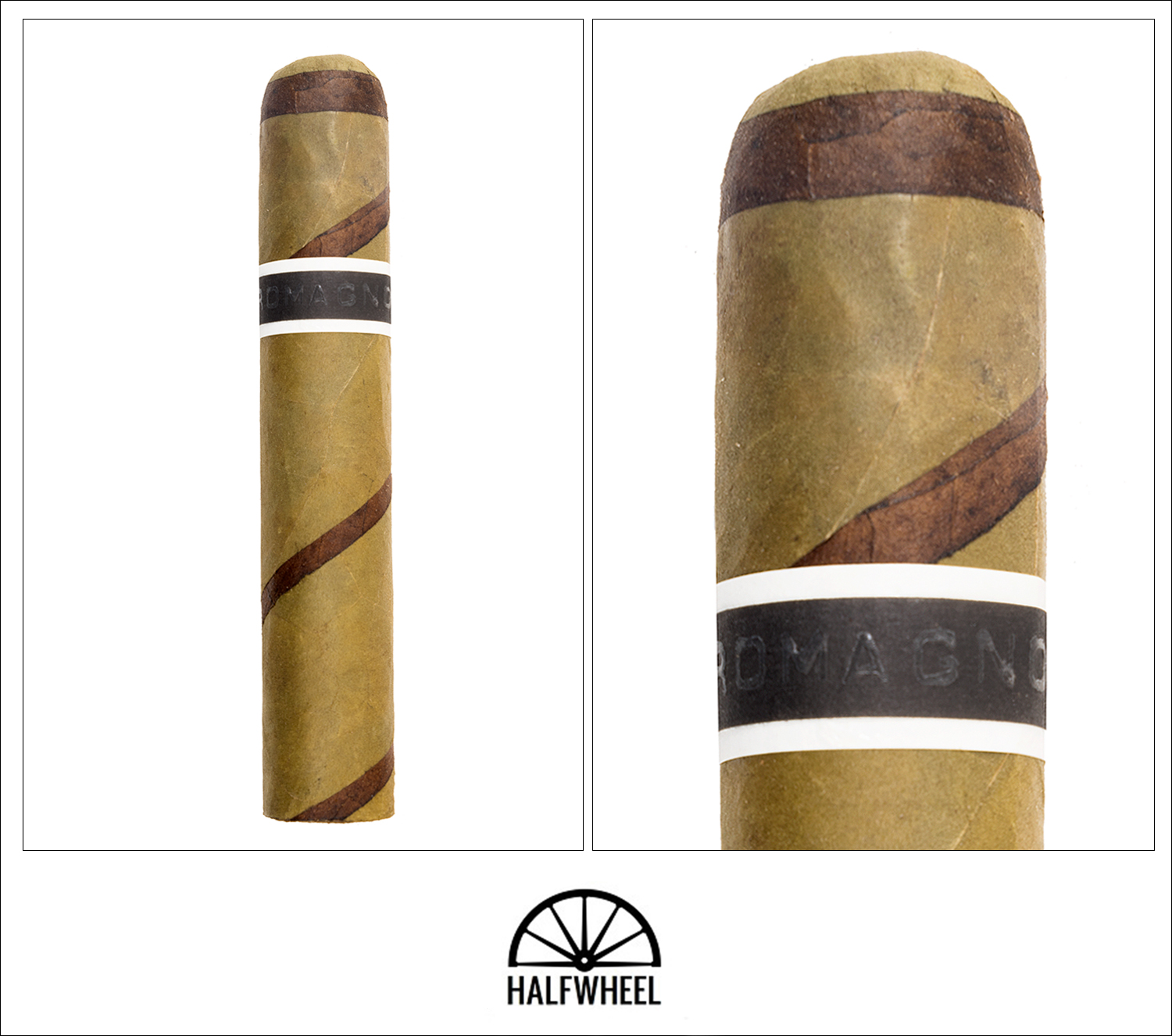 If eye-catching is high on your list of desirable qualities in a cigar, the CroMagnon EMH Don Bosco should certainly check that box. The cigar features a thin barber pole of Connecticut broadleaf tobacco running up the candela wrapper, which feels a touch darker in hue and rougher in visual appearance than what I would generally think of for candela, but that’s by no means a knock. That barber pole terminates at the head in a strip of broadleaf that will remain after clipping off the candela head and should impart some extra flavor and sensation directly onto the lips. It’s rolled rather firmly, something I have come to associate with RoMa Craft, and the decoration appears quite good. I can’t say I know how hard it is to create such a strip of tobacco and apply it so the spacing is even, but whoever made these cigars seems to have the technique pretty much mastered. The foot of the Don Bosco is somewhat surprisingly light and sweet; I get a bit of honey wheat bread, some subtle fresh cut grass and a bit of strawberry puree. Air movement on the cold draw has a bit of a Goldilocks syndrome, one cigar is ideal, one is just a bit of firm but no restrictions and the other is a bit loose. The wheat bread carries over from the aroma, but there is little to no grassiness to be found here, instead just a pinch of black pepper that does a good job tingling the tongue and lips. It also feels like it dries my palate out a bit, particularly with one sample.

The CroMagnon EMH Don Bosco gets right down to business when it comes to black pepper, delivering a decent amount for the tongue but that lights up my nose when I take a quick retrohale. It’s not overpowering, but it is not shy about making its strength known. As that flavor develops, I get a bit of aloe sweetness around the one-inch mark; sweet but not the typical sugary sweetness of food and drink. The first third sits in the medium-plus to just shy of the outright full level of strength on my palate, while the draw and burn are both very good. There’s a bit more pepper in retrohales around the start of the second third, now nudging the cigar more towards full-strength if using that as the primary metric. The palate gets a bit more as well, though it’s neither as bright nor as punchy on the tongue. As I’ve said in other reviews, the interplay between the retrohale and a conventional puff is where the cigar shines, with a bit richer and dare I saucier flavor approaching the midpoint, while the retrohale is There’s just a bit of char beginning to emerge towards the end of the second third, as the black pepper shifts in how it tastes. The technical performance is still very good on all fronts. I’m a bit shocked by the number of words I’ve written the time the final third of the third sample of the CroMagnon EMH Don Bosco comes around, as it’s surprisingly few compared to most of my other reviews. It’s not for a lack of enjoyment of the cigar, but rather I’m just not getting much in the way of transitions outside of what happened in the second third. It’s nowhere near as grassy as a candela-wrapped cigar might imply, yet I also don’t find it as strong as a traditional CroMagnon EMH, though it does pack some nicotine strength. I’d be lying if I said I didn’t like the cigar better without the increased pepper and more robust profile, but it’s not a total turn-off. That said, it probably suits me a bit later in the day rather than in the early morning, when I smoked most of these as is my norm this time of year. As the cigar begins its final inch and a half, there’s a bit more char in the equation, thankfully never dominating the flavor but certainly affecting it. The cigar burns down well, maintaining a very good draw, more than sufficient smoke production, and an even burn line until it’s time to retire it to the ashtray. While the CroMagnon EMH Don Bosco might not have found a way to get a ton of words out of me while smoking it, it didn't fall short in terms of enjoyment. The first half, even the first two-thirds, were remarkably enjoyable thanks primarily to a balance between the candela flavors and the strength of the cigar's core. No one aspect got ahead of another, and the combination between puff and retrohale resulted in an experience that was greater than the sum of its parts. The final third doesn't diminish my opinion of the cigar despite a bit more pepper, strength and eventual char, though as I noted above I would gladly trade it for more of the earlier profile. A very enjoyable cigar that unfortunately is simply too limited for everyone to enjoy, though thankfully the cigars it is based upon offer similarly pleasurable experiences with much more ready availability.