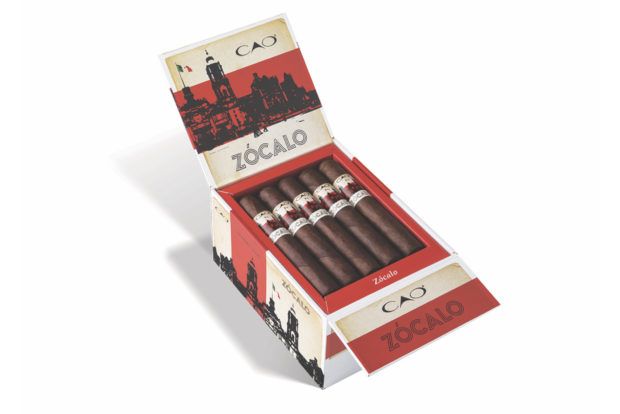 For the first time in its history, CAO will be using Mexican wrapper on one of its cigars.

It’s called the CAO Zócalo, a limited edition 6 x 60 vitola that will begin shipping soon, ahead of the Cinco de Mayo holiday. Underneath the wrapper is a Cameroon binder and fillers from Nicaragua.

“Zócalo speaks to CAO’s spirit of going off the beaten path,” said Rick Rodriguez, CAO’s master blender, in a press release. “We’ve never used Mexican tobacco in any of our blends, so we went bold by using a Mexican wrapper leaf. It’s a special Morron wrapper grown in the San Andrés Valley and it delivers a great, earthy flavor I know the CAO fans will love.”

Rodriguez is hosting events around the country centered around the theme of the Pan-American Highway, which passes through Mexico City. The name Zócalo refers to the main square in Mexico City.