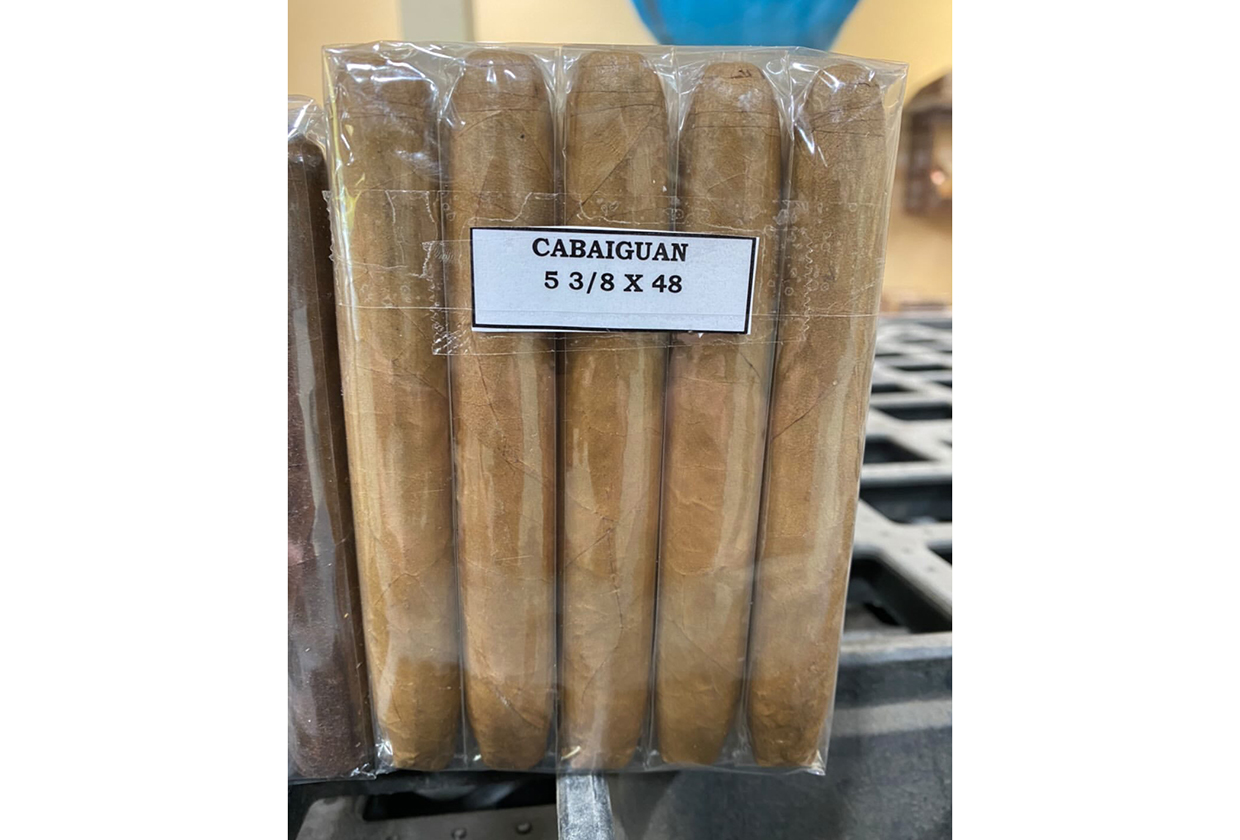 Pete Johnson of Tatuaje gave his social media followers a glimpse at one of his planned new releases for 2022, a Cabaiguan perfecto that measures 5 3/8 x 48. It’s a size called the Britanicas Extra, and which was added to the Tatuaje Black Label line in September 2020.

It’s also the same vitola as the Tatuaje Creature, one of the newest members of Tatuaje’s Monster Series that was released in September as part of the Tatuaje Monster Mash sampler.

Johnson told halfwheel that he is planning to release the new cigar in the summer of 2022, most likely at the 2022 PCA Convention & Trade Show, which is scheduled for July 8-12. He is still working out pricing, but it will be offered in 24-count boxes and will wear the updated Cabaiguan bands. Johnson is also deciding what the vitola’s name will be, as he hasn’t committed to calling it a Britanicas Extra, though he did say he likes the sound of it.

The Cabaiguan line uses an Ecuadorian wrapper over a Nicaraguan double binder and filler. It is made at the My Father Cigars S.A. factory in Estelí, Nicaragua.