Personal blends for cigar makers have been around for a very long time and considering their origins, it comes as no surprise that some examples have been extremely well regarded by cigar smokers over the years. However, when discussing modern-day Nicaraguan brands, you can’t talk about the history of personal blends without including the Tatuaje Black Label Private Reserve.

Longtime fans of Tatuaje probably know the history of the brand by heart, but for everyone else the story goes like this: after a trip that owner Pete Johnson took to Cuba during the early part of his career as a cigar maker, he met a man who was kind enough to gift him a cigar described as the man’s personal blend. Johnson liked the cigar so much that upon returning to the United States, he decided to try and recreate that blend, and thus the Private Reserve was born.

The first of what would eventually become one of Tatuaje’s legendary creations was released in 2007, a corona gorda with a nipple cap packaged first in bundles and then in custom-made black ceramic jars. Over the years, quite a few different vitolas would follow, all of which were limited or exclusive releases for specific stores.

That changed in 2011 with the release of the regular production version of the Black Label Petite Lancero, which was originally a store-exclusive for Tobacco Grove in Maple Grove, Minn. Four additional regular production sizes were added between 2016 and 2019—the Corona Gorda 2013, Petite Robusto, Cazadores and Gran Toro in 2016—and three new vitolas have been added this year.

Last month, Tatuaje shipped two brand new vitolas in the Black Label line, a 5 3/8 x 48 perfecto dubbed Britanicas Extra and a 6 x 50 toro. Both new sizes are puros that incorporate the same blend as the existing releases—specifically a sun grown criollo wrapper grown in the Estelí region covering a binder and filler tobaccos from Nicaragua—and both vitolas are being sold at an MSRP of $11 packaged in boxes of 20 cigars. However, unlike the five previous additions to the line, the two newest sizes are limited so far, with only 500 boxes of each shipped to retailers.

There have now been a total of 22 different releases in the Black Label line. 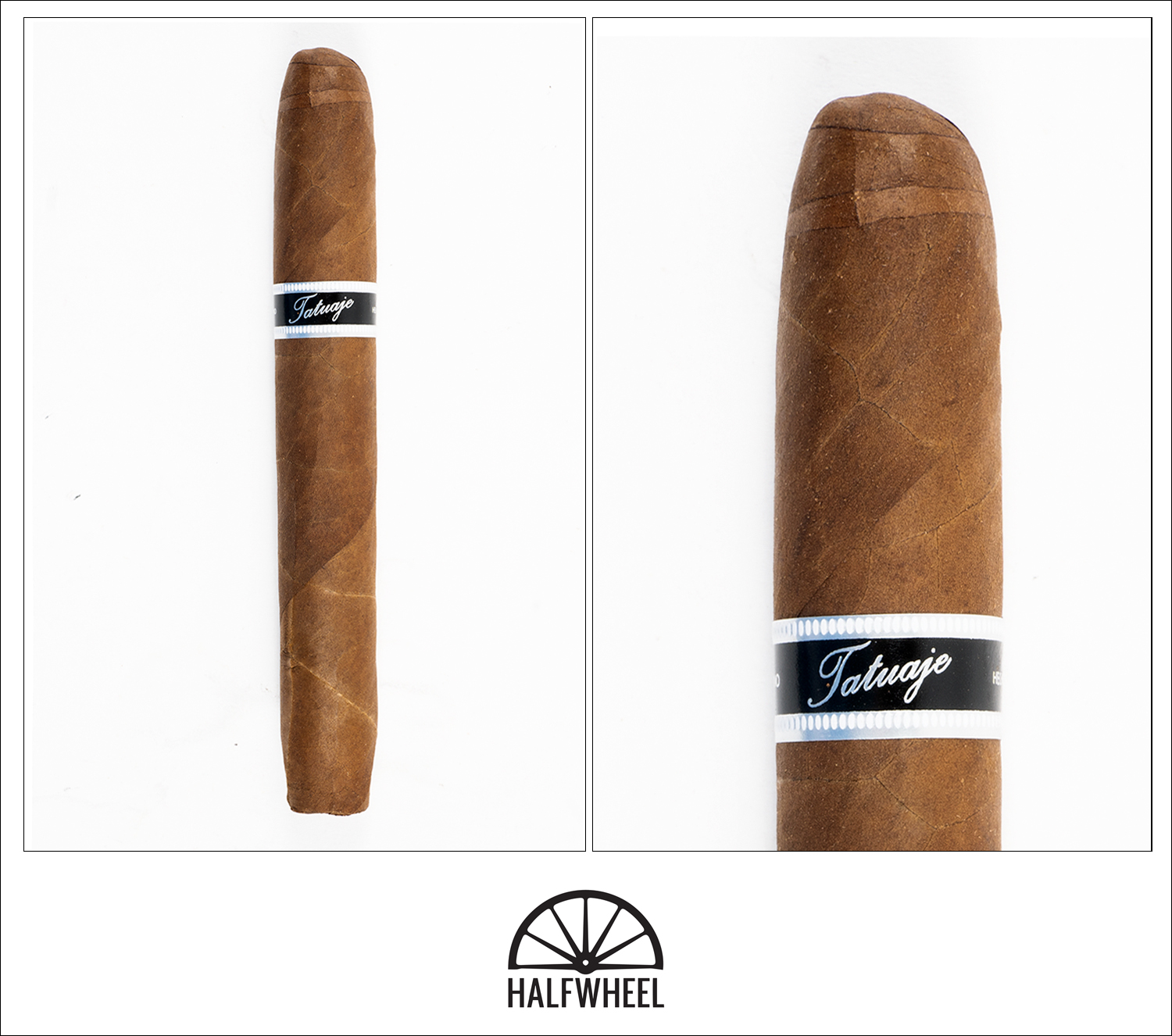 While certainly not as gnarly as some past Black Label releases, the Britanicas Extra is not exactly one I would call overly attractive. It has a combination of overt marbling, obvious veins and somewhat sandpaper rough tooth. Having said that, there is plenty of oil present, and the cigar is very dense when held in my hand, while one sample feature a massive soft spot just below the main band in front. Aroma from the wrapper and foot is a combination of strong peanut shells, salt, gritty earth, leather, hay, barnyard, cedar and cake batter sweetness, while the cold draw brings flavors of aged cedar, cinnamon, hay, leather tack, floral, earth and vanilla bean sweetness.

Starting off with a bang, the Tatuaje Britanicas Extra features quite a bit of both black pepper on the retrohale and spice on my tongue right after toasting the foot. While the former starts to fade almost immediately, the aforementioned spice does not, and a combination of cinnamon and creamy cedar easily rise to the top of the profile. Additional notes of gritty earth, leather, salted nuts, hay, bread and bitter espresso fight for their respective places, while an obvious floral sweetness combines with the black pepper on the retrohale. In terms of construction, the draw is excellent after a simple straight cut, while the burn is a bit wavy out of the gate, albeit not problematic enough to correct. The overall strength starts out firmly in the medium range but does not increase much by the time the first third comes to an end.

While the dominant flavors of creamy cedar and cinnamon do not change in the second third of the brand new Tatuaje Black Label, the earth note is becoming noticeably more aggressive, followed closely behind by notes of sourdough bread, ground coffee, sawdust, peanuts, barnyard and a touch of cocoa nibs. The spice on my tongue continues to be strong enough to be a major part of the profile, while the black pepper and floral sweetness on the retrohale show no signs of easing up. Construction-wise, the draw remains excellent, but the burn needs a couple of quick touchups to keep it on track. In terms of strength, the Tatuaje has increased noticeably, easily hitting a point between medium and full by the end of the second third. Both the cinnamon and creamy cedar remain the clear winners in the profile of the Black Label Britanicas Extra, but a new flavor of citrus replaces the floral sweetness on the retrohale. Other flavors of cocoa nibs, peanuts, leather, earth, barnyard and salt flit in and out as well, while the spice present on my tongue shows no signs of diminishing in any major way. The draw is as excellent as ever and the burn has evened up nicely after the necessary touch-ups in the second third, and the overall strength ends up crossing over the full mark just as I put the nub down with about an inch remaining. When it was first released in 2007, the Tatuaje Black Label was one of the best cigars I had smoked up to that time and since then, there have been some additions to the line that were just as enjoyable, as well as some that really missed the mark. I’m looking at you Black Label Tubo. Through all of the different releases, the Black Label blend has certain characteristics common in its profile: cinnamon, creamy cedar, nuts and floral along with a great spice interspersed throughout until the last puff which is not so aggressive that it takes away from the profile, but never so tame that it disappears into the background. While not the most enjoyable of the brand so far, the Britanicas Extra includes all of those and easily shows why the Black Label line continues to be one of Tatuaje's best.