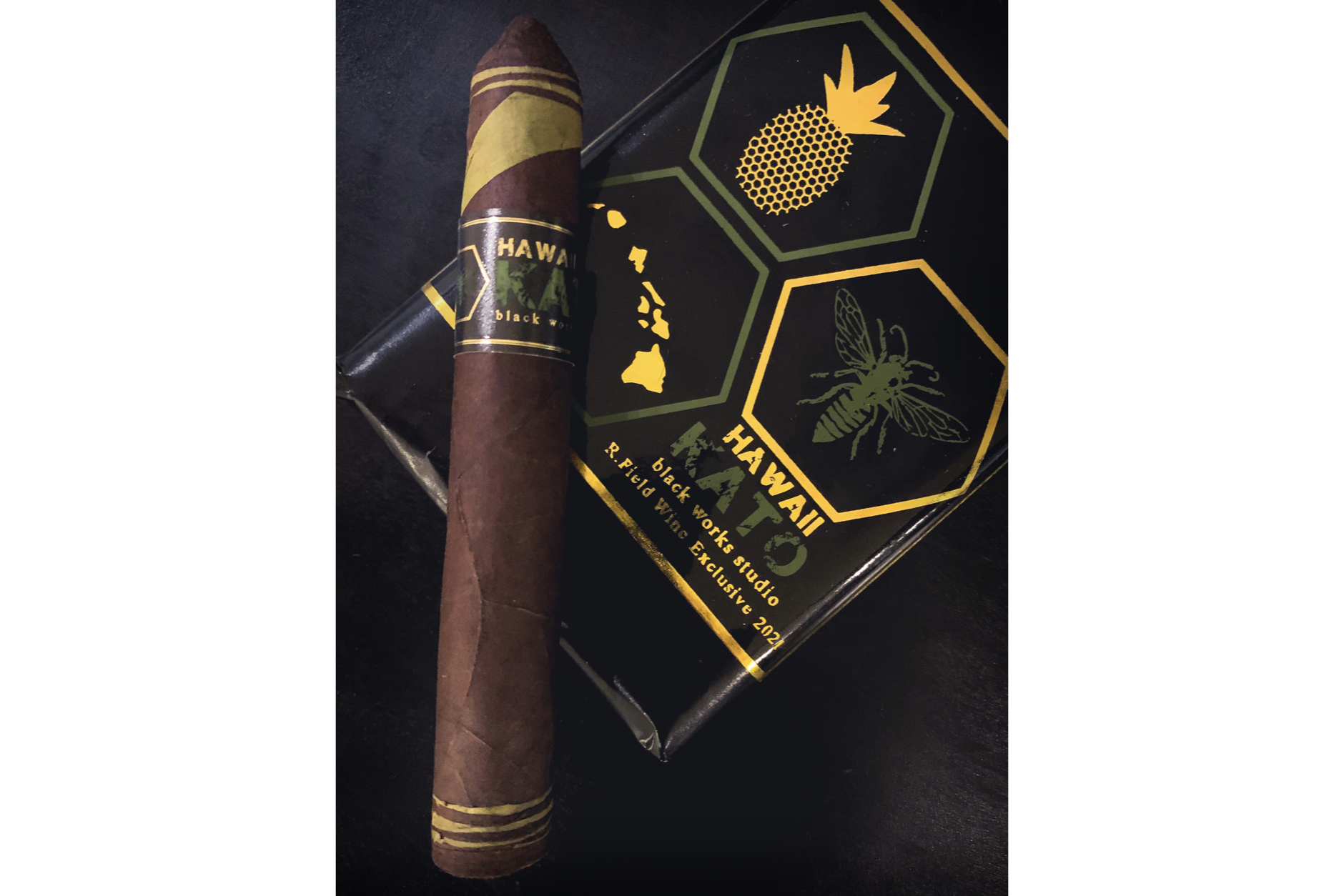 R. Filed Wine Co., a series of Hawaii-based stores, has begun selling the Black Works Studio Hawaiian KATO (2021). It’s the same 5 x 48 robusto that was offered to R. Field in 2019, a stronger version of the company’s event-only Kato cigar. It uses an Ecuadorian maduro wrapper with candela accents over a Nicaraguan habano binder and Nicaraguan fillers.

“Hawaii KATO is an exclusive For R.Field Wine Co. and I’m very excited its (sic) coming out again,” said James Brown, founder of Black Label Trading Co., in a press release. “It’s a tweaked version of our Kato cigar, with a larger vitola and a stronger version of the original blend.”