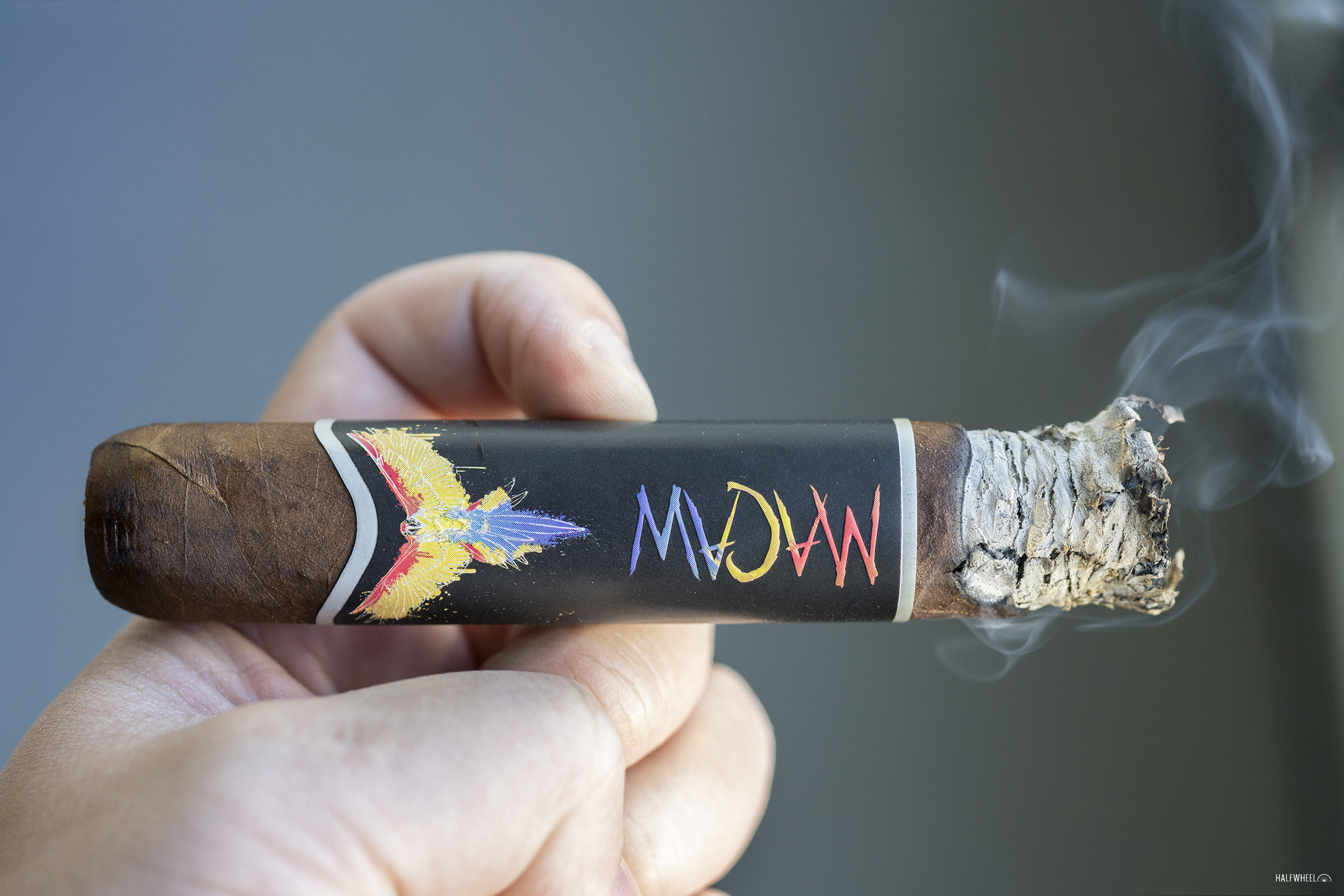 In May 2021, alongside news that Elvis Batista had joined Blackbird Cigar Co. as the company’s new national sales director, the company also announced a limited edition that was planned for later in the year. The announcement came right as the 2021 Tobacco Plus Expo (TPE) was about to begin and the company said it would take pre-orders for the cigar, except that what retailers were placing orders for wasn’t entirely clear.

At the time, the company said the cigar’s name would be revealed later, so it was just referring to it as Unknown Limited Edition. The blend would eventually get revealed and presumably there would be other explanations about the cigar. What was known is that the cigar would be a 5 x 58 box-pressed vitola, it would have an MSRP of $16 per cigar, and it would be limited to 500 boxes of 14 cigars.

“For the moment we can disclose that this cigar was made to set a precedent of a before and after for Blackbird Cigars and to be a brand release to be remembered,” said the company in a press release at the time.

When the cigars began shipping in August, much more was revealed. Keeping with the bird part of its branding, the cigar was the Blackbird Macaw. More interestingly, the blend is a mixture of various components used on other blends in Blackbird’s portfolio, only the Macaw is getting the best versions of those tobaccos, according to the company. The wrapper is a Cuban-seed Brazilian wrapper—similar to the company’s Cuco and Unkind cigars; the binder is an Indonesian Sumatra tobacco—the same one the company uses in its Rook blend; and there are five different fillers. One leaf is from Pennsylvania, while the other four are from the Dominican Republic: corojo, criollo 98 from La Canela, criollo 98 from Mao, and piloto cubano from Villa Gonzalez. The cigar is covered by a massive band, which while intricate and technologically advanced for a cigar band, covers up a nice-looking wrapper. It’s not the cleanest wrapper I’ve seen in the last month, but it has a great dark color complemented by some visually pleasing red hues that distract me from what’s otherwise a pretty veiny surface. There’s also a covered foot and a pretty aggressive box-press. Aroma-wise, the wrapper smells like some Russian dressing, a sweet barbecue sauce, wood polish and a bag of chocolate chips. It’s medium-plus but subtle enough that I’d like to make sure it’s clear: the smells I get are reminiscent of the aroma of those four things, not the taste. The foot is much more intense and sweeter. It has a pineapple sweetness, barbecue sauce, lemonade and a touch of white pepper. Cold draws of the Macaw have a good amount of resistance and interesting flavor, with woodiness, cedar, apple and pineapple.

After my experience with the first cigar—there are a dozen bullet points explaining my experience with that cigar below—I take extra care lighting the cigars, and in particular, the covered foot. No matter what I do, the first puff of each cigar doesn’t deliver a lot of smoke. There’s a semi-sweet cedar flavor, but it takes a handful of puffs and another round of lighting to get the cigar fully lit. In this case, I think the covered foot is probably doing more harm than good, but eventually, two cigars are lit and staying lit. Flavor-wise, those two Blackbird Macaws deliver cedar, pita bread, something that reminds me of the bite of tonic water and touches of white pepper. The finish has roasted cedar flavors over apple, pita bread and some mild pepper. Retrohales have an even more intense cedar over some white pepper and pita bread. While the retrohale is similar to the rest of the cigar while the smoke is in my nose, once it leaves my nostrils the flavor changes a lot. I get some potato starch flavors, cedar, wet leaves and mild amounts of both black pepper and citrus. Flavor, strength and body are all medium-full. On two cigars, construction is good after the initial lighting process. On the other cigar I smoke for this review, touch-ups are a pretty consistent thing and the issue seems to be getting worse. The flavor is also quite different, though relatively enjoyable, which I’ve documented more below.

I’m going to continue to focus on the two cigars that are staying lit as those cigars are pretty consistent both flavor- and construction-wise. The Blackbird Macaw continues to have plenty of cedar, now sitting on top of creaminess, generic woodiness, coffee and hints of kiwi. The finish has a mixture of pita bread and straw over creaminess and a harsher citrus. Retrohales vary between being led by creaminess or straw, but they also have black pepper and some generic fruitiness. Once again, when the smoke leaves my nostrils there’s a completely different profile: a relatively balanced mixture of black pepper, cedar and leather. Flavor is medium-full, body is full and strength is medium-full, though it varies between medium-plus and full depending on the puff. Construction-wise, the first cigar is a mess, the second cigar is flawless and the third cigar needs a touch-up due to declining smoke production. I only make it to the final third, at least fully in the final third, with two of the three cigars. Both are much grittier and toastier, though there’s still enough room for my palate to pick up potato chips, espresso and some citrus. One cigar is noticeably drier than the other one, the latter of which also adds an herbal flavor that reminds me a bit of cannabis. The cigars have differing finishes, one is creamier than the other, which is more herbal. There’s also straw, black pepper, a semi-sweetness, burnt coffee and some nuttiness depending on the puff and the cigar. Retrohales are similar: creaminess over leather, mustard greens, and—at times—some of that kiwi. The finish is smoother and has a weird mixture of flavors that together create an earthy profile, though in more detail there’s popcorn, meatiness, creaminess and kiwi. Flavor is medium-full, body is full and strength is closer to medium-plus than medium-full. Construction is great on one cigar, one cigar needs a couple of touch-ups and the third cigar is deconstructed. 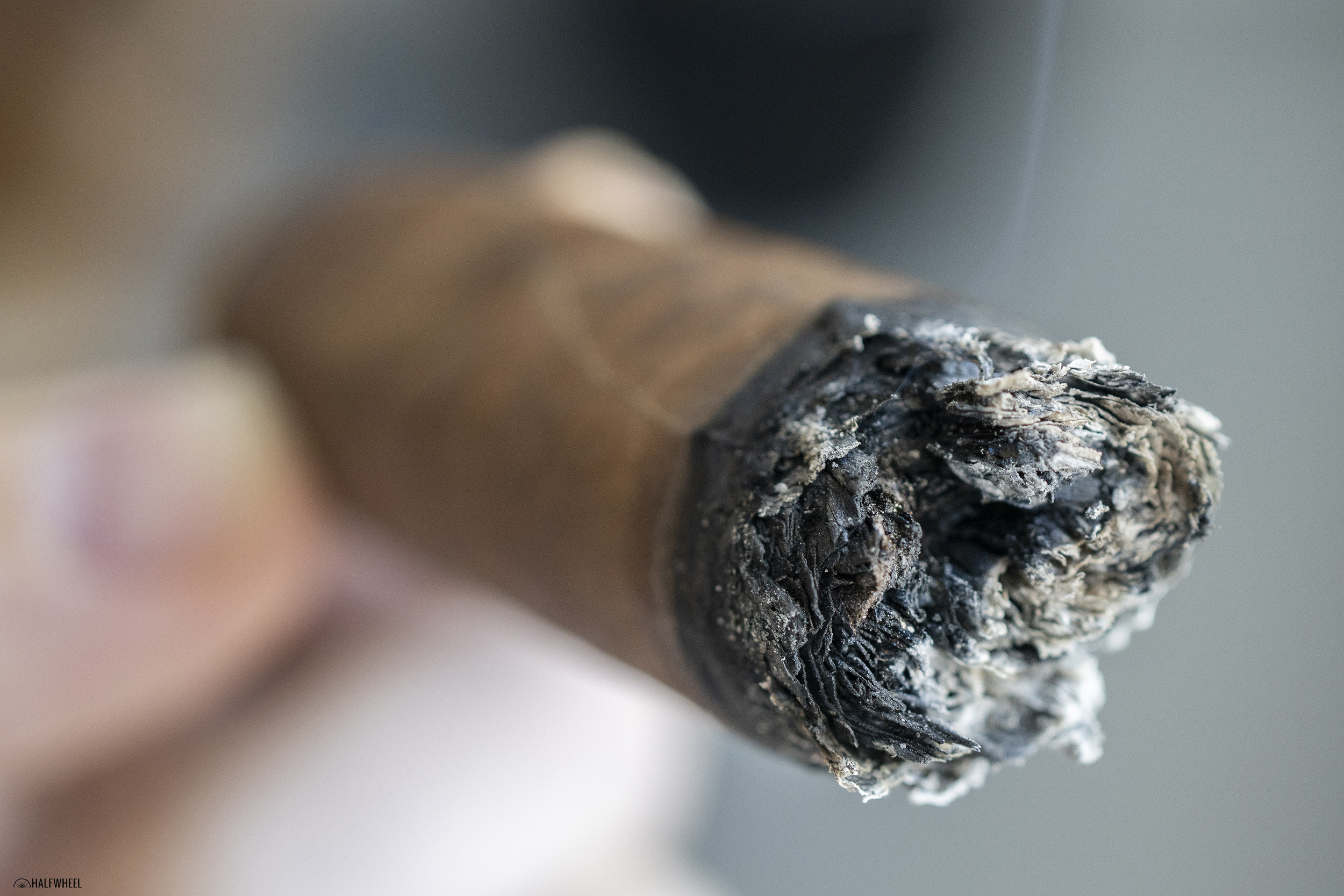 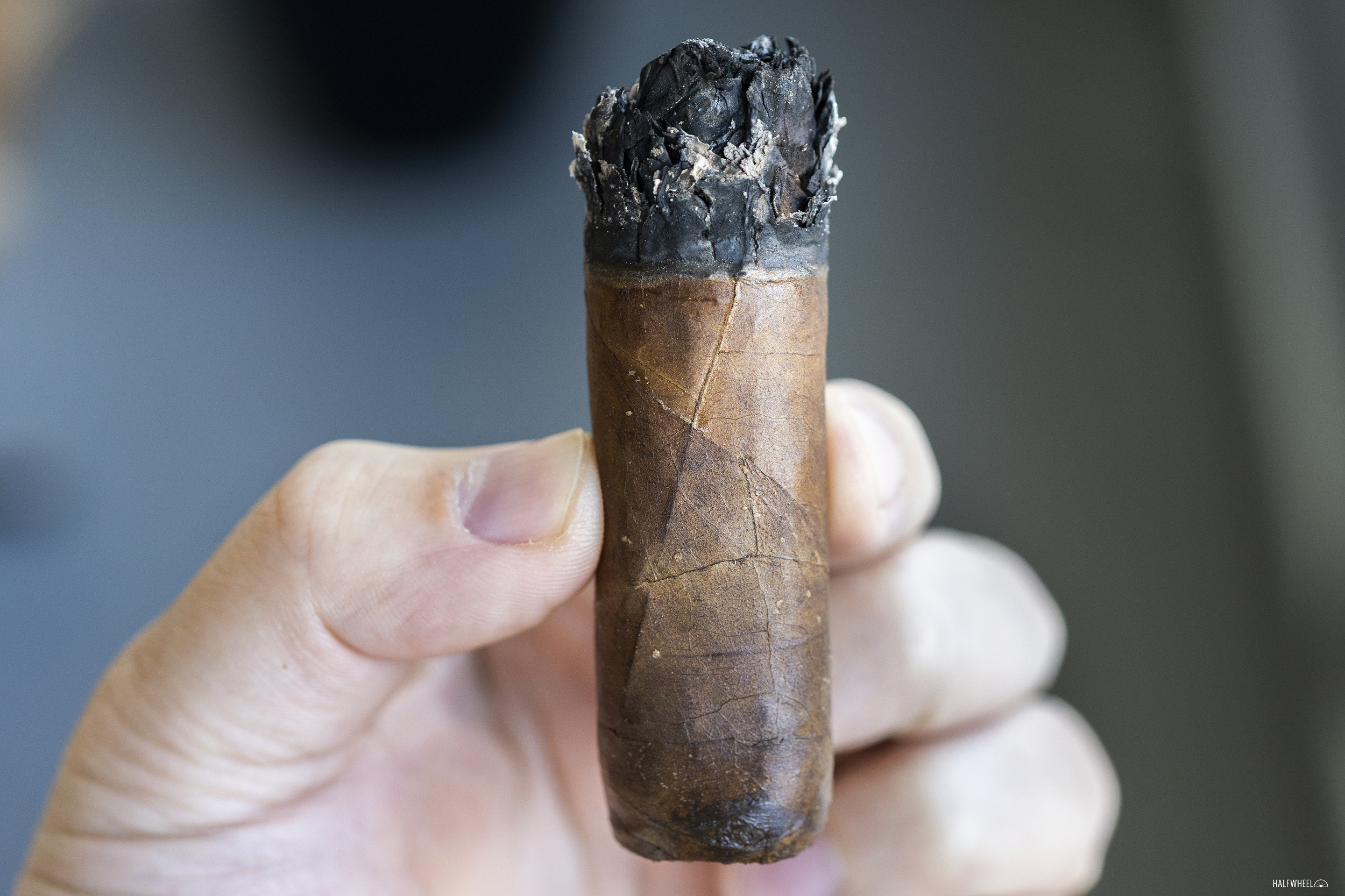 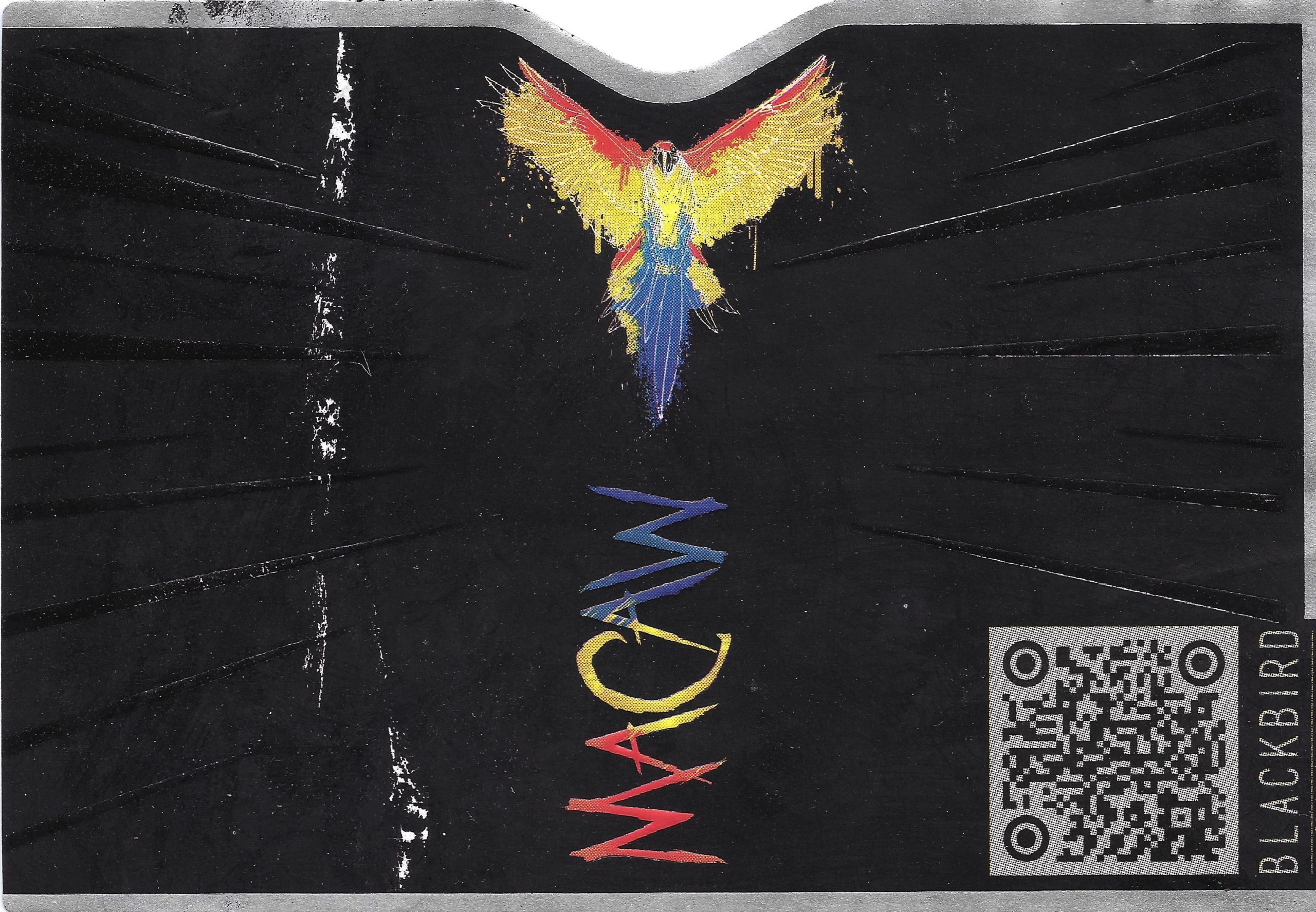 While most of the last 1,000 words or so have largely focused on what went wrong with one Blackbird Macaw, I’d like to focus on the other two cigars. Those cigars were good, not great. The profile was a fuller experience than I’ve had on most cigars of late and delivered some interesting flavors that I think largely worked. It’s not the best Blackbird I’ve smoked—which runs counter to the design of the cigar—but your larger issue might be the price. Even at its best, I don’t think this cigar is good enough to justify the $16 price point, particularly compared to the many of the other cigars Blackbird makes and sells. Then of course there’s the first cigar I smoked. It certainly destroyed the rating you see next to these words and it, unfortunately, will probably be my lasting impression of the cigar for all the wrong reasons.