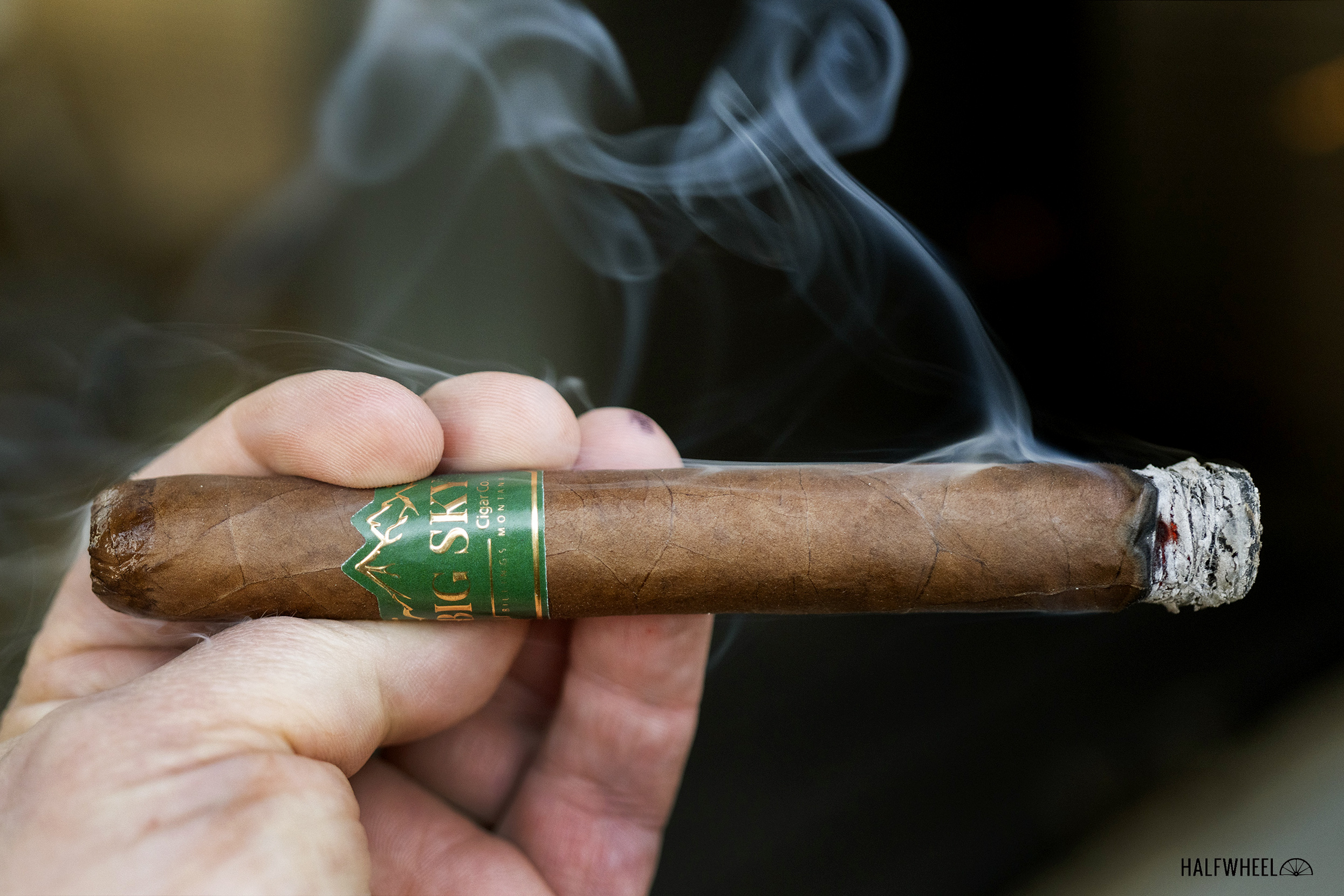 Even a casual cigar smoker is most likely aware of some general history of cigars around the world, from blends rolled in Cuba, to Nicaragua, to the Dominican Republic, Honduras and numerous other countries. However, at one point cigars were rolled all over the U.S., including places that wouldn’t immediately come to mind. Places like Montana.

Based in Billings, Big Sky Cigars was launched in 2019 and has since released three different lines, each named after a different river in the state. In addition to a logo featuring a mountain range, Big Sky makes it a point to inform its fans about some of the historical background of cigar production in Montana.

The Big Sky website gives a bit of history on how cigars were produced in Montana:

In 1905, Montana had over 107 cigar factories within the state. With only a little over 240,000 people in the entire territory at the time, that equates to 1 cigar factory for every 2,200 people.

Back in the heyday of cigars in Montana, tobacco was imported from around the world from countries like Jamaica, Java, Haiti, and Nicaragua. This tobacco would arrive in Montana where skilled artisan rollers would churn out the best cigars in the country at affordable prices for their neighbors. 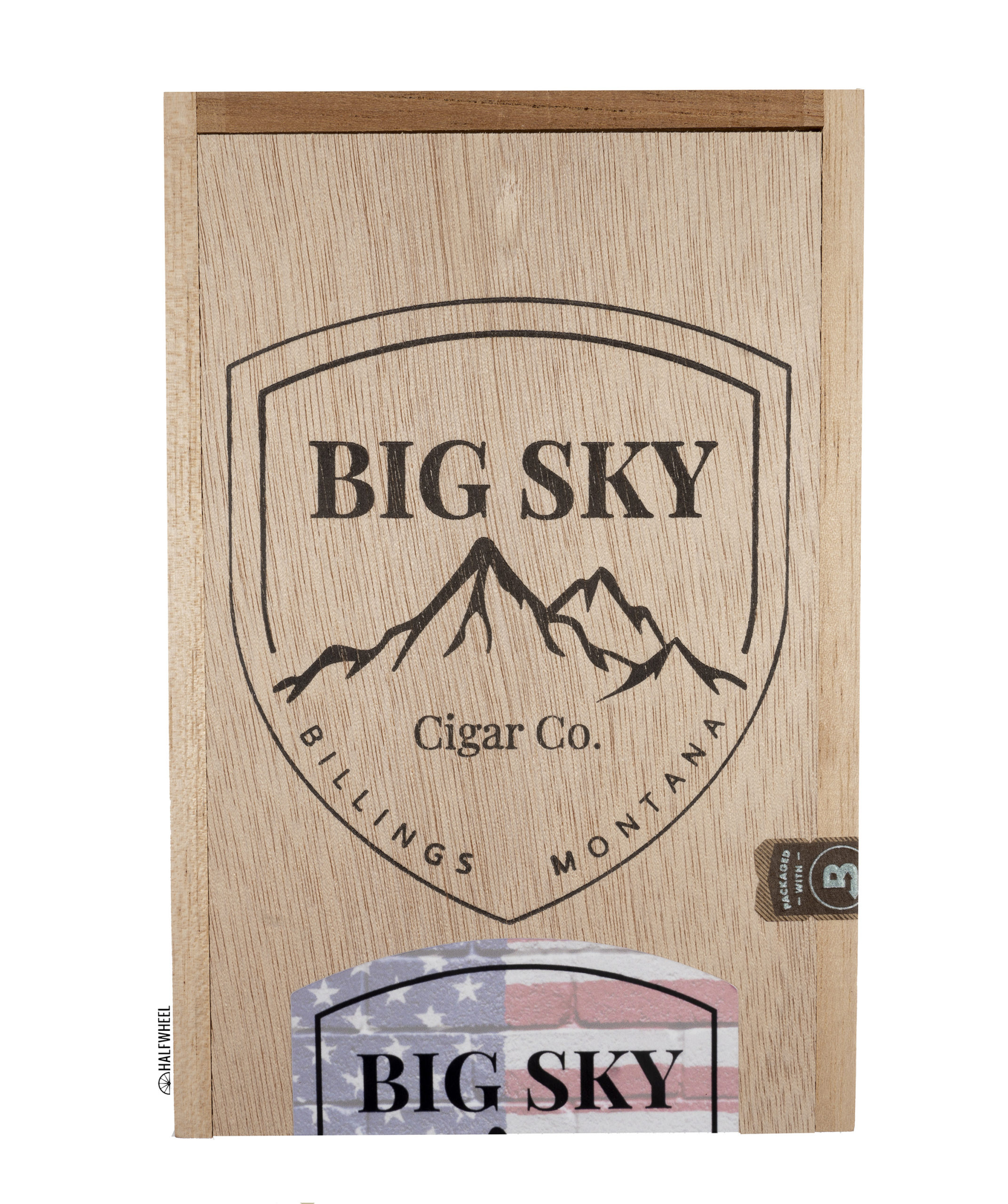 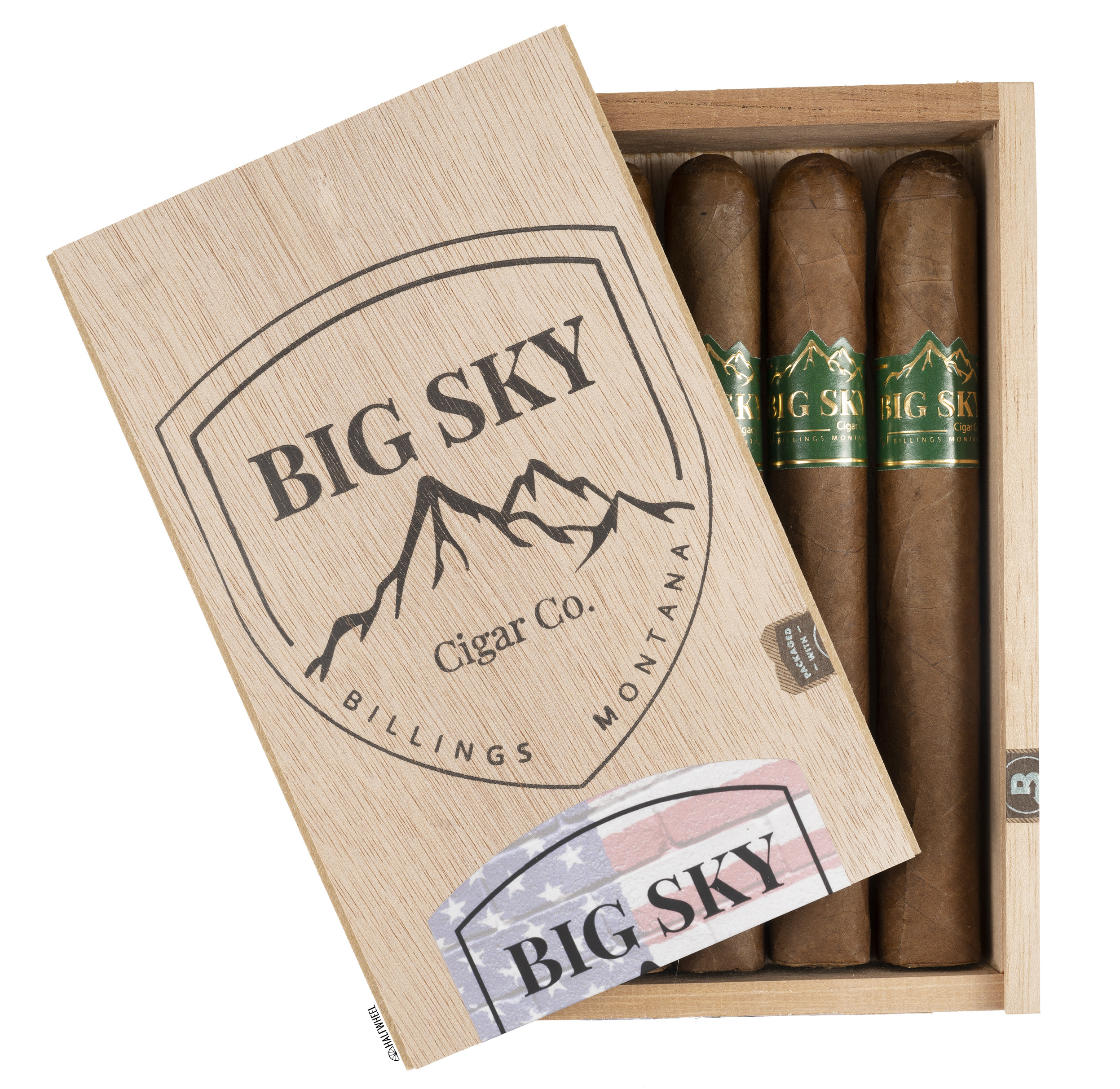 On Oct. 2, Big Sky announced its newest creation, The Madison. The line is available in only one vitola so far—a 6 1/4 x 52 toro—and features a blend made up of a habano wrapper covering a San Andreas binder from Mexico and filler tobaccos hailing from the four growing regions in Nicaragua: Condega, Esteli, Jalapa and Ometepe. The cigars are sold in either five- or 20-count boxes that retail for $49.99 and $189.99 respectively. The cigars are rolled at the Tacasa S.A. factory in Estelí, Nicaragua. Visually, the Big Sky The Madison is covered in an espresso brown wrapper with a noticeable reddish tint that is smooth to the touch and has very little overt oil. After an inspection, all three samples had some sort of issue: one sample is noticeably rock hard when squeezed, while the other two have very obvious soft spots located just under the main band on the back of the cigar. The aroma from the wrapper is a combination of strong leather, hay, barnyard, sweet cedar, slight raisins and a bit of pepper, while the cold draw brings flavors of mesquite, black pepper, leather tack, gritty earth and dark chocolate with a bit of generic sweetness thrown in.

Immediately after toasting the foot of The Madison, I am almost totally overwhelmed by a combination of mesquite and barbecue that dominates the profile, though there are significant amounts of both black pepper and spice not far behind. Unfortunately, the secondary flavors that include earth, leather, charred meat, hay and cocoa nibs are not near strong enough to break through. While I notice some vanilla sweetness on the retrohale at certain points, there is just not enough of it to make an impact. Construction-wise, the draw is a bit looser than I would like, although it is still easily within normal limits. The burn line is close to razor sharp thus far and there is no lack of white smoke emanating from the foot. The overall strength shows early signs of taking off and ends the first third very close to the medium mark, but still increasing.

Thankfully, the second third of the Big Sky is quite different from the first, starting with the dominant flavors, which morph from the overwhelming mesquite and barbecue notes to much more approachable leather and creamy hay combination. Both the black pepper on the retrohale and spice on my lips have also seemingly fallen off of a cliff, with the latter disappearing totally from the profile. Other notes of almonds, dark chocolate, espresso beans, earth, and anise flit in and out in various amounts, while the reduction of black pepper on the retrohale allows me to taste a bit more sweetness that reminds me of light cantaloupe. In terms of construction, the burn becomes problematic enough to need correcting—albeit just once so far—and the draw is still a bit loose for me, but the copious amount of smoke does not seem to be slowing down anytime soon. As expected, the overall strength increases, but not nearly as much as I expected, and as a result only breaks into a solid medium range by the end of the second third. While the overwhelming mesquite from the first third does not return, there is unfortunately not much change in the profile of cigar during the final third, as the leather and creamy hay combination easily retain the top spot, followed by more subdued notes of generic nuts, chocolate, coffee beans, earth and bit floral. Both the black pepper and cantaloupe sweetness continue to be noticeable on the retrohale at about the same levels, but the spice from the first third has not returned. There is a much more even burn, but the draw remains a bit loose and the smoke production declines ever so slightly. Finally, the overall strength increases noticeably by the end of the cigar, easily passing the medium mark and ending up about halfway to full by the time I put the nub down with less than an inch remaining. Having never heard of Big Sky until I photographed in them studio, I was interested to see what they would bring to the table. What I found in The Madison was a blend with a first third that was overwhelming in multiple ways: too much mesquite, too much pepper and far too much spice on the palate. However, the profile calmed down nicely—and truth be told, almost shockingly quickly—in the second and final thirds, giving flavors of leather, creamy hay, and light cantaloupe sweetness a bit more room to shine. Even at its best, The Madison is a bit rough around the edges, but I am interested to see if some time in the humidor will allow the overwhelming flavors in the first third and the more subdued notes in the final two thirds to meld into something much more enjoyable.