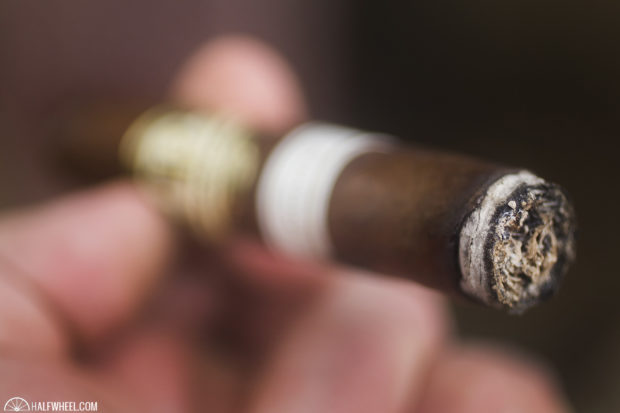 As the name suggests, the La Palina Nicaragua Oscuro incorporates an Ecuadorian oscuro wrapper and Nicaraguan tobacco for the binder and fillers and launched in three different vitolas. Unlike the vast majority of the La Palina’s cigars, both of the Nicaragua blends are being rolled at Tabacalera AJ Fernandez Cigars de Nicaragua S.A.

There were three vitolas of the La Palina Nicaragua Oscuro at launch, all packaged in boxes of 20. Visually, the La Palina Nicaragua Oscuro Toro is covered in a mocha brown wrapper that has quite bit of tooth to it as well as a noticeable amount of oil. There are a number of veins present running up and down the length, and it is also a touch spongy when squeezed, although I can feel a hard spot right under the secondary band. Aroma from the wrapper is a combination of creamy leather, cinnamon, hay, manure, dark cocoa and nutmeg sweetness, while the cold draw brings flavors of slight peppermint, coffee beans, cedar, and barnyard.

Starting out, the La Palina Nicaragua Oscuro Toro features a dominant creamy leather profile carried over from the cold draw, interspersed with flavors of cedar, milk chocolate, dark fruit and hay. While there is a lack of any appreciable sweetness, there is some strong black pepper and cinnamon on the retrohale and I am picking up some spice on my tongue as well. Construction-wise, the cigar features and excellent draw after a simple punch, plenty of dense, white smoke and a burn that is very close to razor sharp. The overall strength of the cigar is light so far, and hits a point about halfway between mild and medium by the time the first third comes to an end. While the black pepper on the retrohale is still quite prominent, the profile becomes noticeably more creamy in second third of the Nicaragua Oscuro Toro, with the still dominant leather note combining nicely with a new flavor of roasted almonds on the palate. Other flavors of creamy oak, cinnamon, milk chocolate, hay, coffee beans and leather flit in and out, while there is a very slight floral note on the finish. There are increased levels of both spice on my tongue as well as black pepper on the retrohale, and both the burn and draw continue to impress. The strength has increased to a point very close to medium, but seems to stall out there by the end of the second third. The final third of the La Palina Nicaragua Oscuro seems to combine the best flavors of the first two thirds, with a combination of roasted almonds and creamy leather the dominant flavors, followed by notes of hay, milk chocolate, gritty earth, cedar and cinnamon. The floral note is still noticeable, as is the black pepper that is still very present on the retrohale. The draw remains excellent until the end and the burn is very close to razor sharp while the smoke production remains high. While the strength does eventually reach a solid medium, it never comes close to going any further, and the nub is still nice and cold by the time it down with about an inch to go. 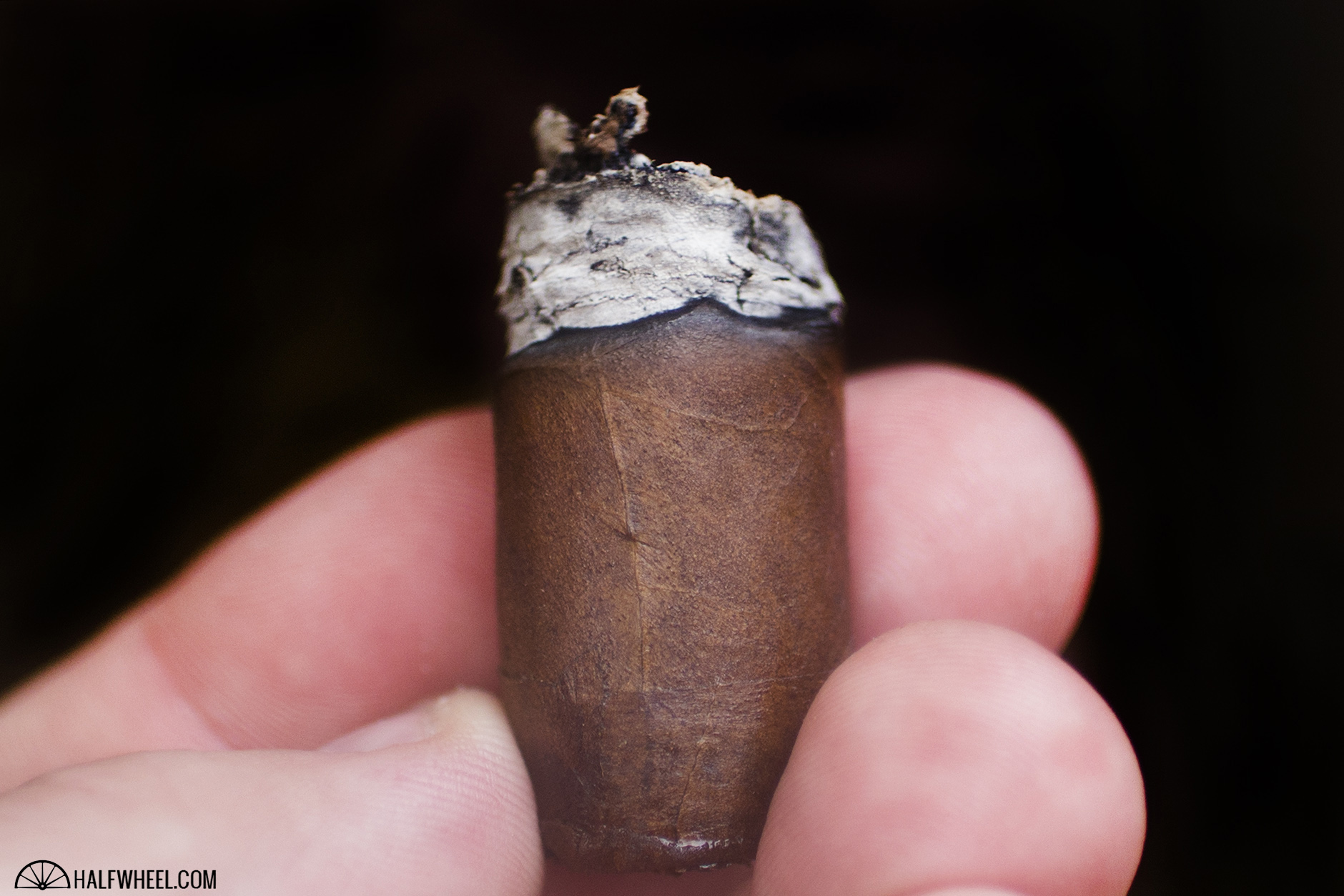 If you are in the mood for pepper, the La Palina Nicaragua Oscuro Toro has it in spades, which makes an interesting contrast to the creaminess that is present on the palate. In fact, the black pepper—and to a lessor extent, cinnamon and spice—are pervasive in the profile, although they stop just short of being overwhelming at any point. The other flavors that are present are distinct, but none really stand out other than the aforementioned creamy leather and even a little sweetness would have really helped the overall complexity quite a bit. The construction was excellent across all three samples, but in the end, this is a cigar for those that want more pepper than complexity in their cigars.