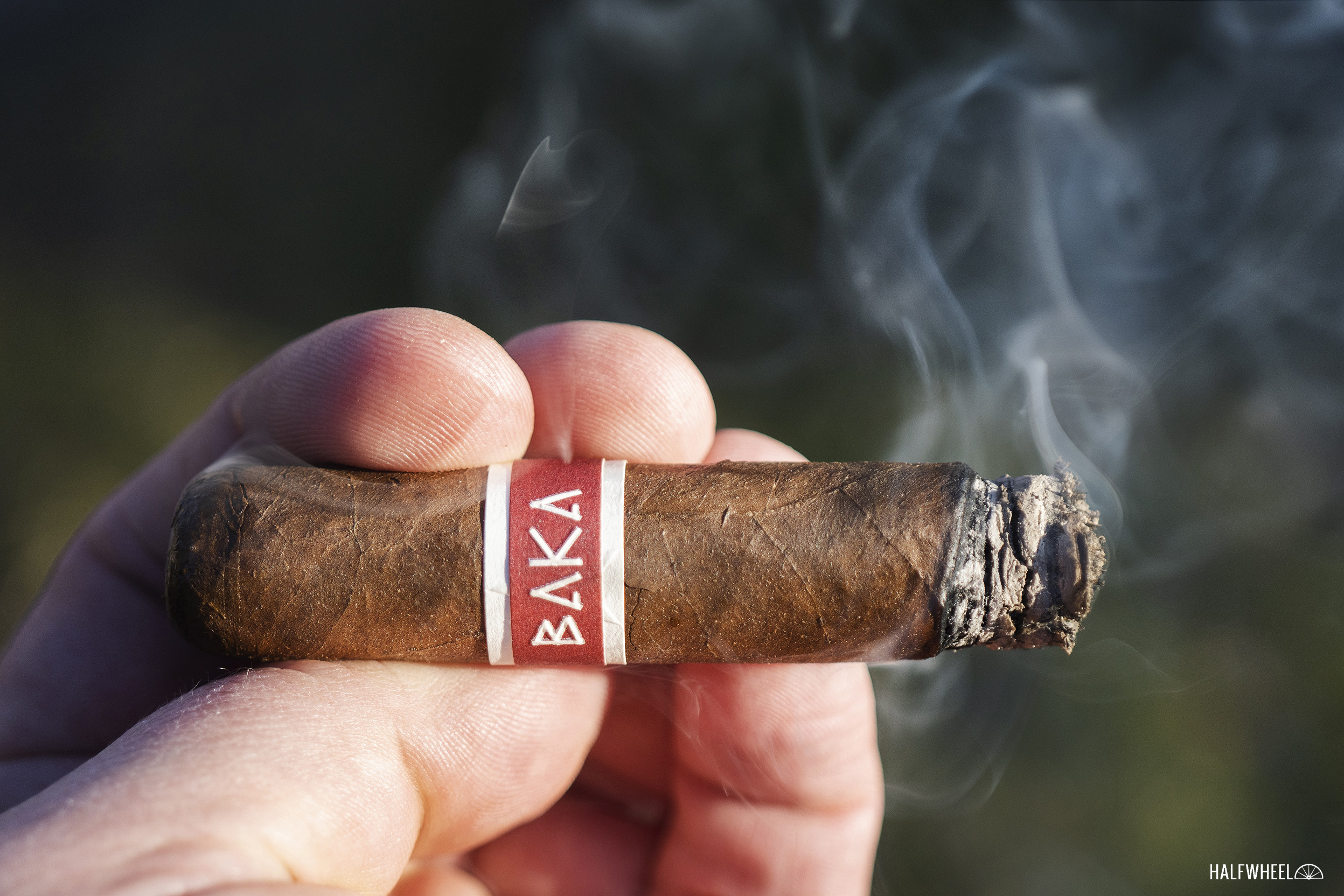 Last year, RoMa Craft Tobac introduced a brand new creation that took its name from an ethnic group of people that live in the southeastern rain forests of the country of Cameroon. Dubbed Baka, the line incorporates a Cameroon wrapper over an undisclosed binder and filler blend, other than the fact that there is some Jamastran ligero from Honduras in the filler according to co-owner Skip Martin.

While the line is going to eventually be offered in the same seven sizes as the company’s core CroMagnon brand, the company only shipped two sizes last year: the 4 x 52 Bantu and the 4 x 46 Pygmy. This year it added a 5 5/8 x 60 Gran Perfecto that was included in the company’s El Catador de Los Gran Perfectos 10 Años earlier this year.

According to RoMa Craft Tobac, each of the vitolas—other than the aforementioned Gran Perfectos, which was limited to 1,500 total cigars—will have a limited production of about 1,000 boxes per year. 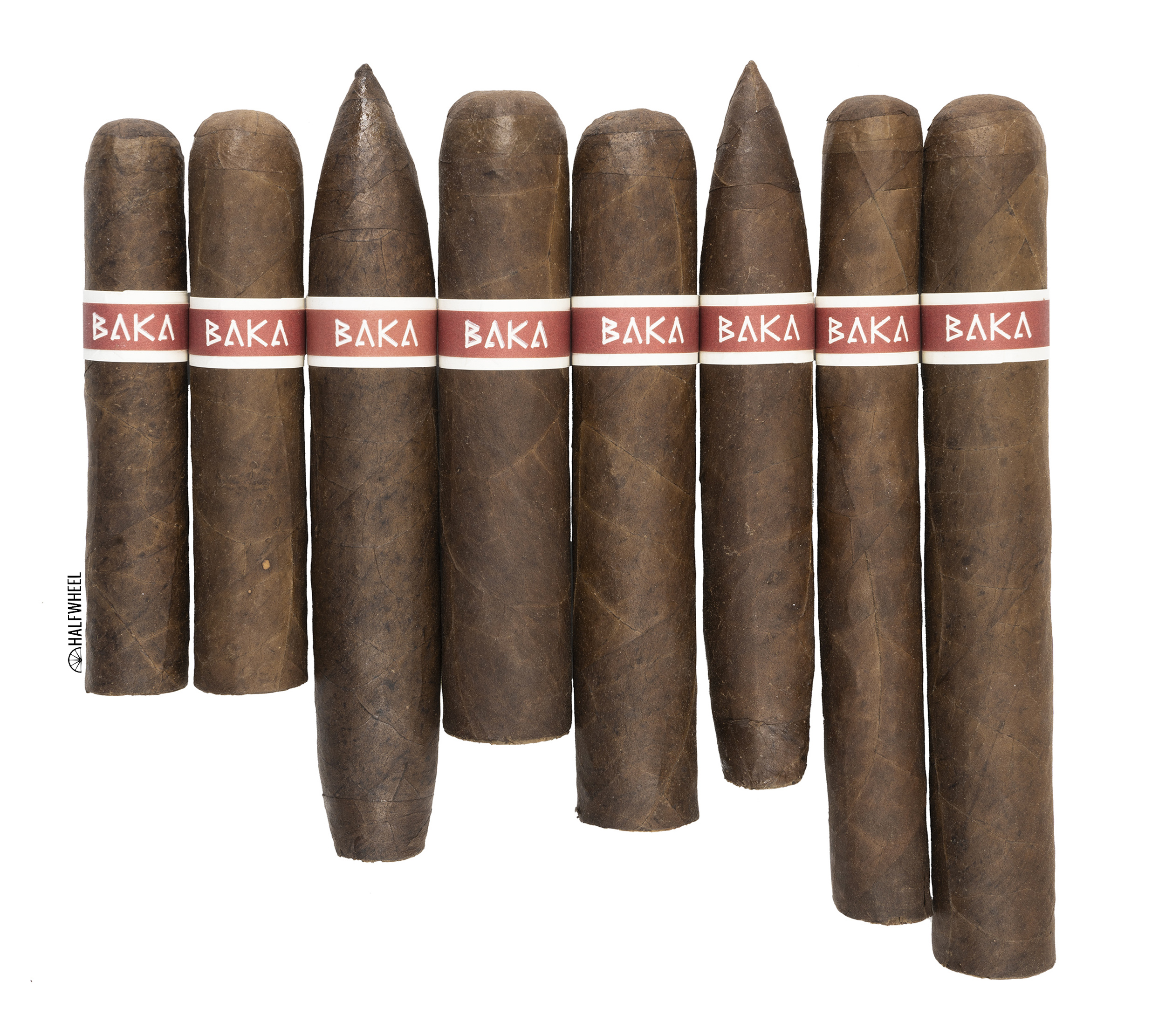 Here is what I wrote about the Baka Pygmy almost exactly one year ago:

Loving a new RoMa Craft Tobac blend is not exactly a unique experience—I have really enjoyed the vast majority of cigars the company has released, CroMagnon notwithstanding—but the Baka Pygmy has easily jumped to the top of my list. Despite its diminutive size, the Pygmy is both exceedingly complex and extremely well-constructed; in fact, the dominant flavor in the profile changes three times, from tea leaves in the first third to creamy almonds in the second third and powdery cocoa in the final third, while a combination of distinct maple syrup sweetness and cayenne pepper is very obvious on the retrohale throughout. Put simply, the Baka was worth waiting for and is easily one of the best new blends I have smoked this year. 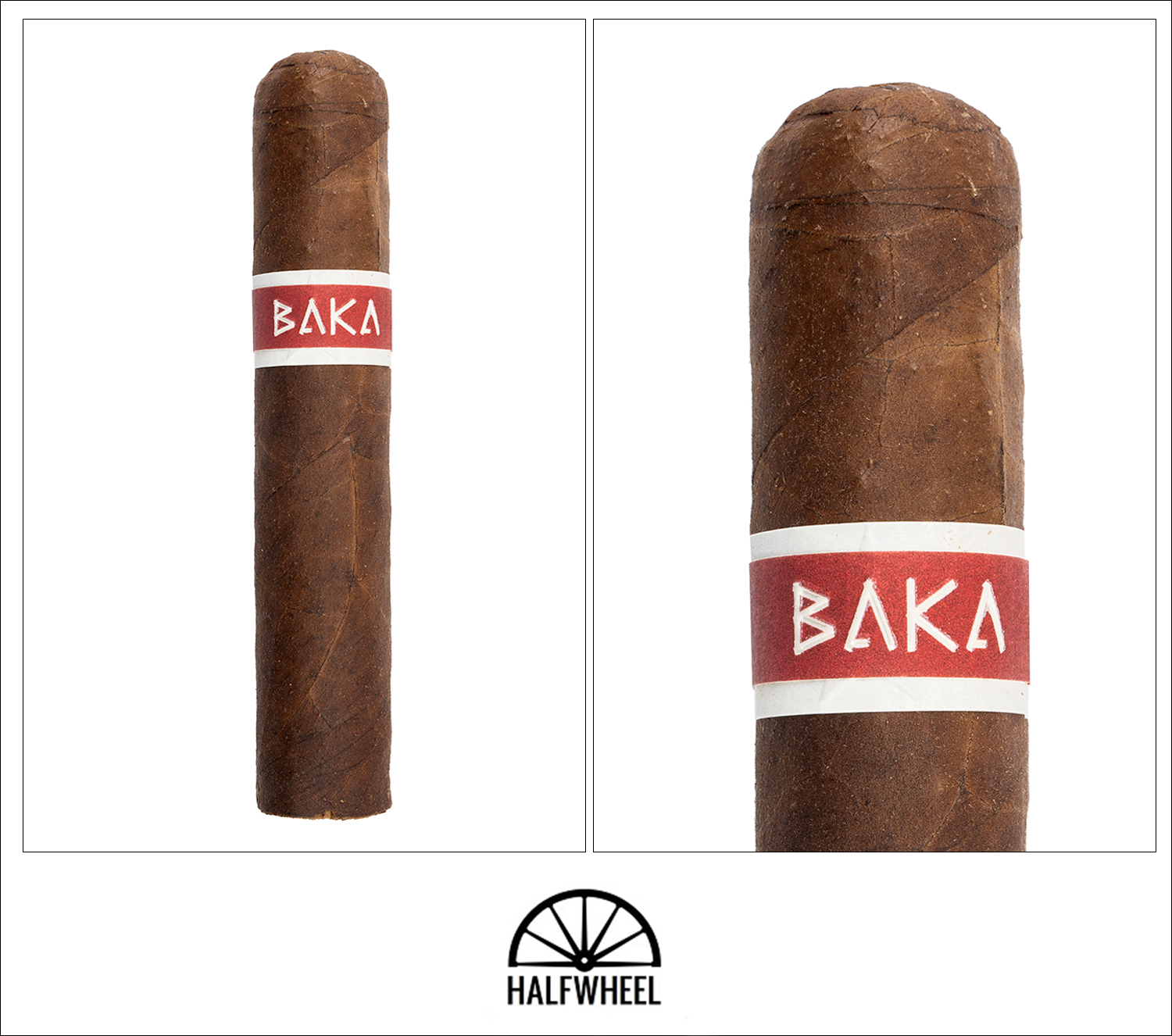 Since this Baka Pygmy was taken from the same box as the samples I smoked for the first review,  I am not surprised that it looks extremely similar to what I remember the first time around. Specifically, it has a dark brown wrapper with an obvious reddish tint that feels quite a bit like parchment. While there is a noticeable soft spot about halfway between the band and the foot, the rest of the cigar is quite firm when squeezed. Aroma from the wrapper and foot is a combination of cocoa nibs, cedar, leather, tea leaves, earth and citrus, while the cold draw brings distinct flavors of earth, orange peel, cannon, cedar, almonds and hay along with some slight raisin sweetness.

I am blasted with a multitude of flavors just after toasting the foot of the Baka Pygmy, including a dominant combination of charred meat and earth, followed by secondary notes of lemongrass, cinnamon, hay, dried tea leaves, nutmeg, earth and peanut shells. In addition, there is quite a bit of both spice on my tongue and black pepper on the retrohale—although both seem to already be receding a bit—as well as a very obvious and enjoyable Mexican hot chocolate sweetness that seems to be getting stronger as the first half burns down.

There is a major shift in the profile of the Baka during the second half, specifically with the dominant flavors, which morph from charred meat and earth to a distinct dried tea leaf note which remains on top until the end of the cigar. Additional flavors of lemongrass, earth, leather tack, dark chocolate and a touch of floral flit in and out as well, while the black pepper and Mexican hot chocolate sweetness continue to dominate the retrohale until the end of the cigar. In terms of construction, the draw on the Pygmy is excellent throughout the cigar after a simple straight cut, while the burn is pretty much razor sharp after a quick touchup very early on in the first third. Strength-wise, time has not seemed to tame the Baka much, as it starts out well on its way to medium before ending up just shy of the full mark after 52 minutes of smoking time.

When deciding what cigar to smoke for my redux review this time around, I realized that I had smoked two new blends with Cameroon wrappers from two different manufacturers recently and wanted to see how one with a year of age tasted, so the Baka Pygmy was the obvious choice. What I found was a cigar that was very different in multiple ways, with the most obvious being the dominant flavors in the profile—which shift from charred meat and earth in the first half to dried tea leaves in the second half—as well as the Mexican hot chocolate sweetness that replaced the maple and cayenne pepper combination from the first samples. In the end, while the Baka Pygmy is an entirely different cigar from when it was first released in a number of ways, the one thing that has not changed is just how good of a cigar it is.