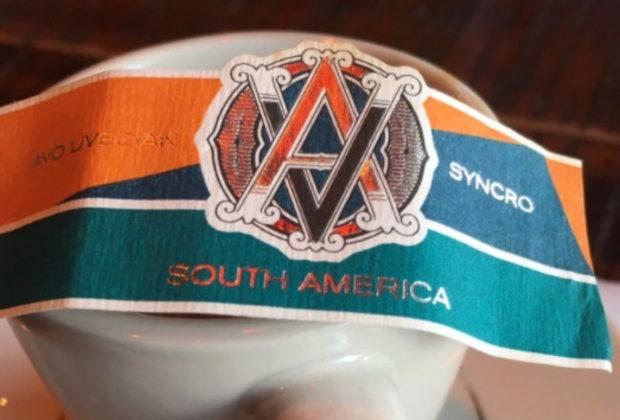 As part of the U.S. Food & Drug Administration’s (FDA) regulation of premium cigars, many manufacturers released cigars to select stores prior to Aug. 8, 2016 in order to avoid the pre-approval rules that apply to all new cigars introduced after Aug. 8. As such, stores around the country have had curious new products on shelves, oftentimes with no details about what the cigar is other than it is an upcoming project.

The AVO Syncro South America likely qualifies as that.

Corey Johnston, co-owner of Blend Bar Cigar, posted a picture of the new line, which appears to be an extension to the AVO Syncro line. The cigar has a secondary band with another name on it, which will likely serve as the actual name of the cigar given past releases.

A representative from Davidoff of Geneva USA, owner of the AVO brand, did not return requests for comment.