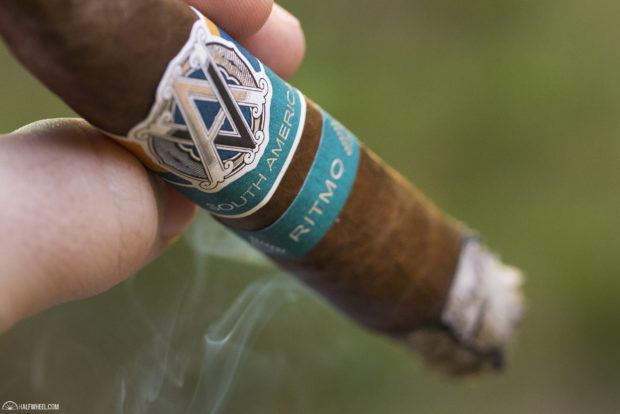 For its most recent release, the AVO brand grew its Syncro series with a new cigar that tapped tobaccos from seven countries and rolled them together under the name AVO South America Ritmo.

The line uses an Ecuadorian wrapper, Mexican binder, and fillers from Brazil, the Dominican Republic, Honduras, Nicaragua, and Peru. In keeping with the brand’s tradition of incorporating music terms into its name, ritmo is the Spanish word for rhythm. 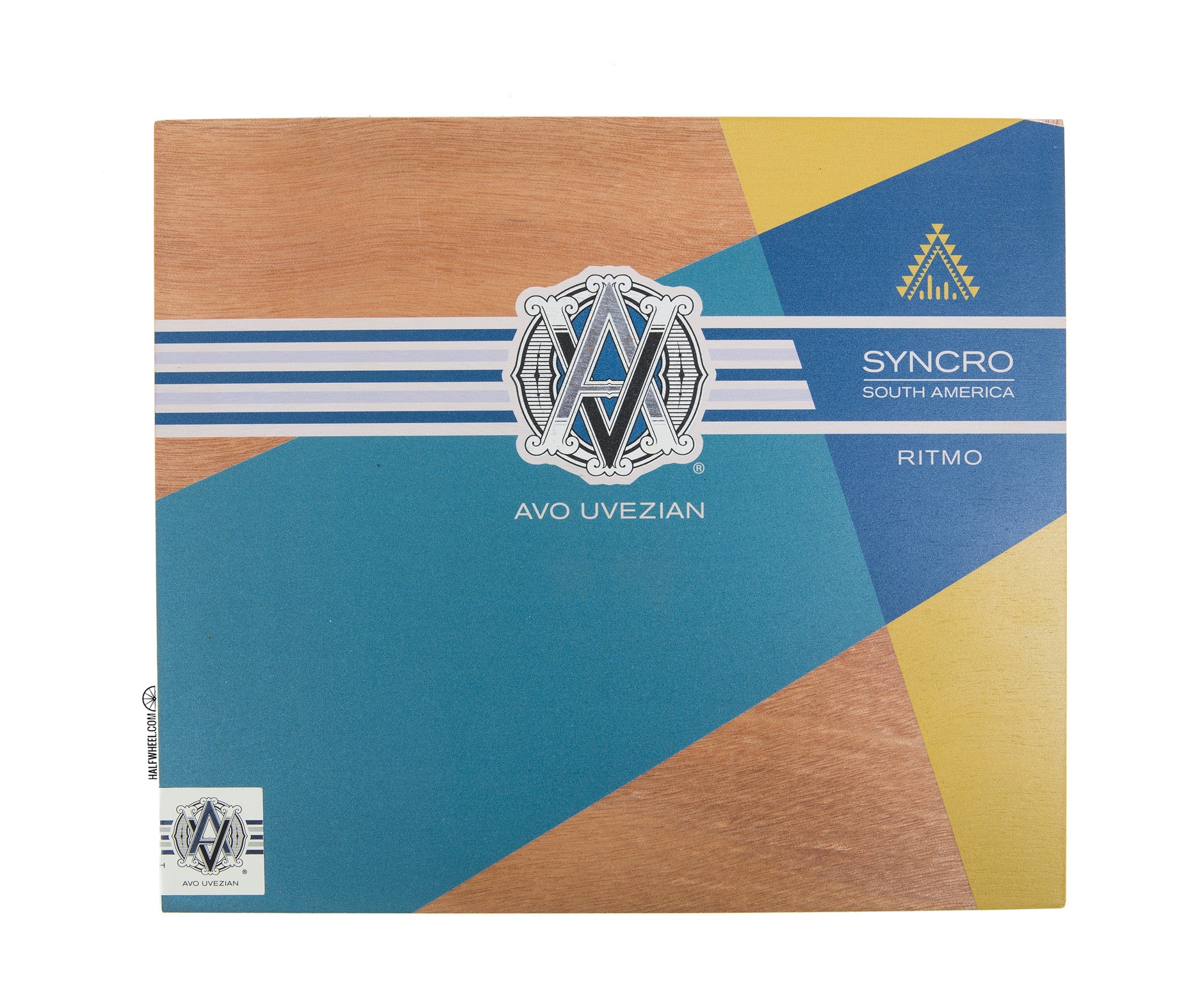 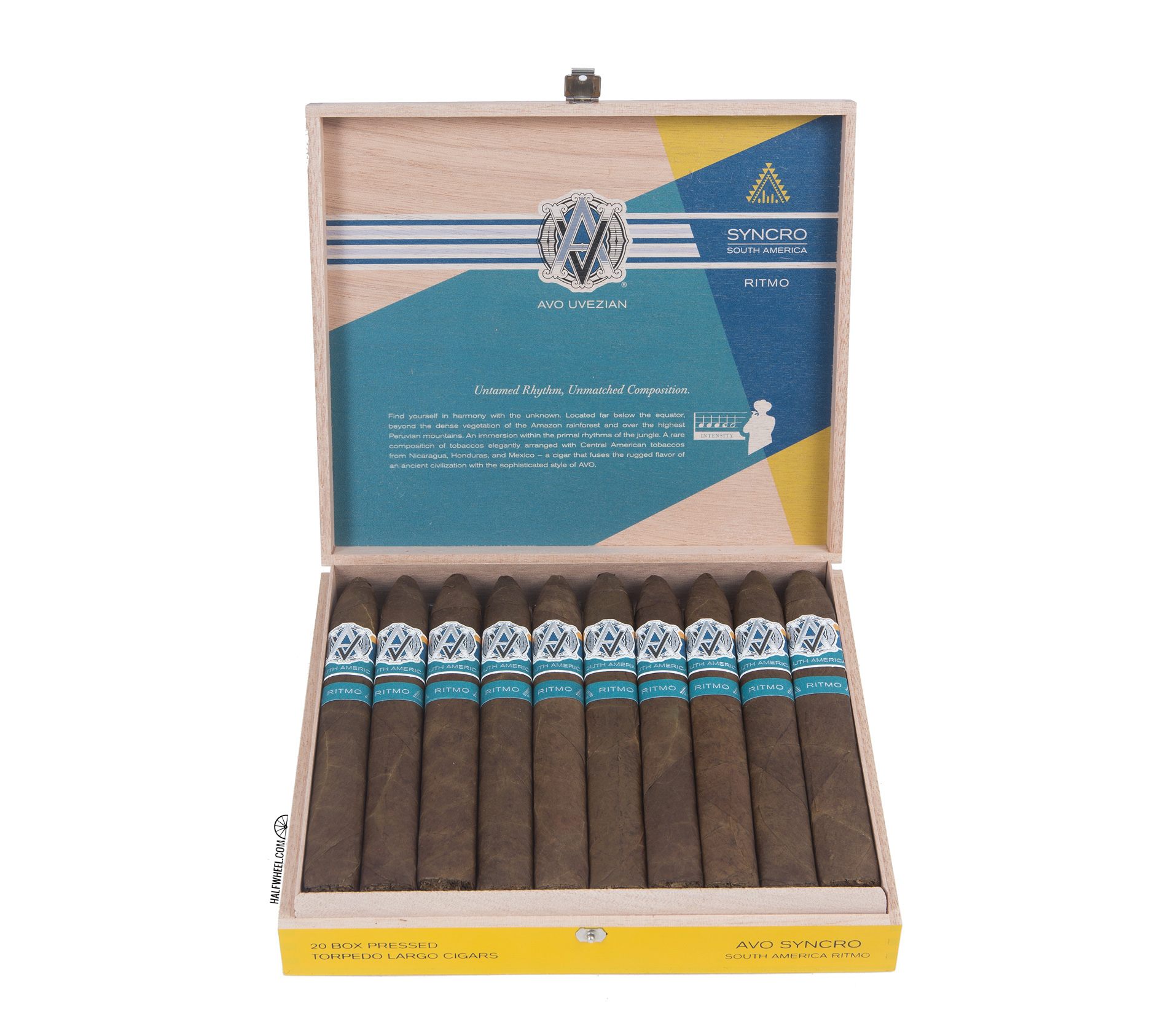 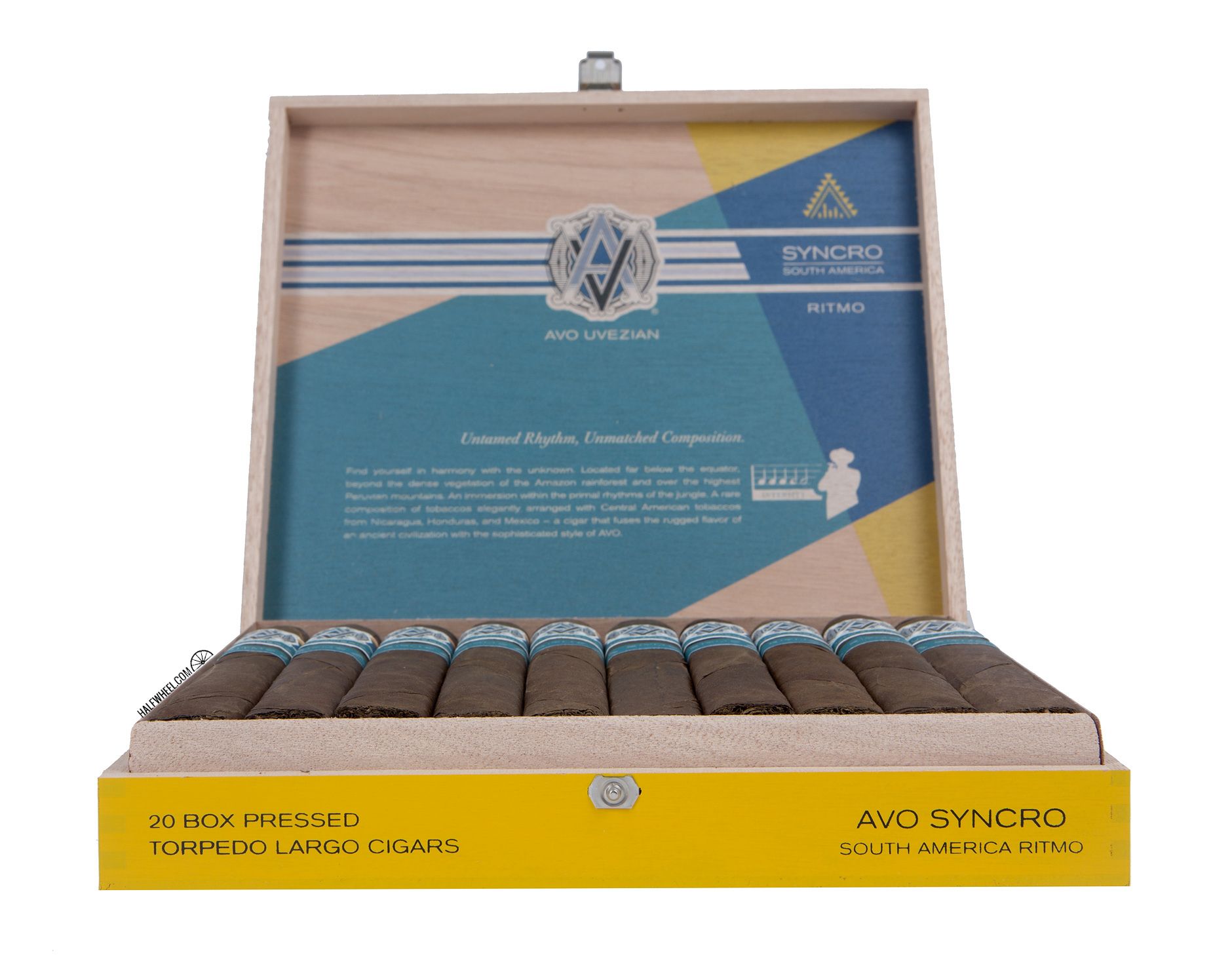 The cigar was released in limited quantities last summer ahead of the FDA’s Aug. 8, 2016 deadline to have new cigars on the market without needing the agency’s approval first. It got its widespread release in May 2017, shipping out in four box-pressed sizes.

It’s also the first AVO cigar to be released since the passing of Avo Uvezian in March 2017 at the age of 91. 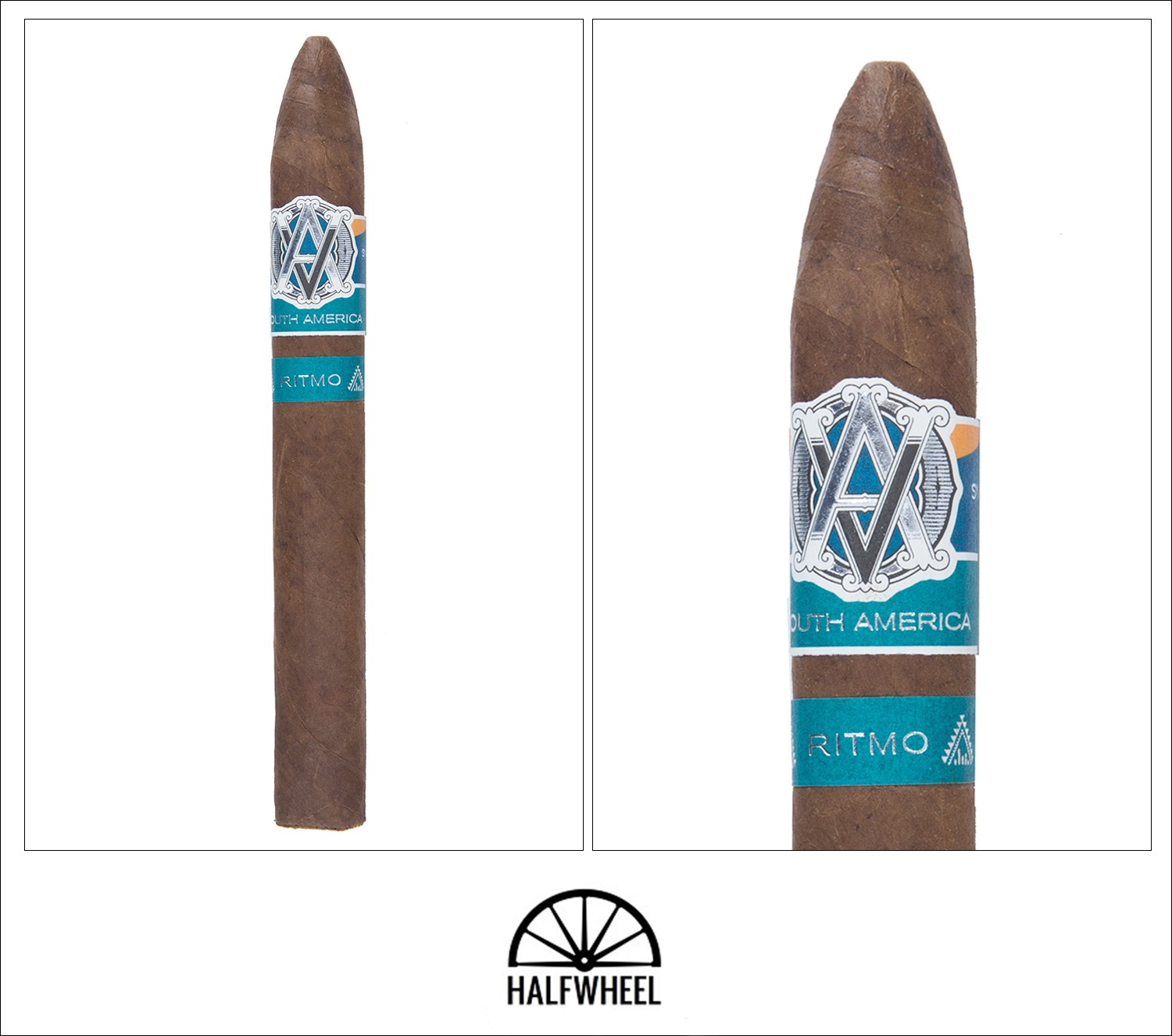 Even though I’ve smoked one of these cigars prior to this review and have seen the vitola several times now, the torpedo largo format is still hard for me to wrap my mind around. It looks like a box-pressed Churchill but with the distinctive torpedo head, and the press is quite extreme, resulting in squared-off edges, the likes of which are rarely seen. The wrapper has a slightly oily finish to the touch, while the leaf itself isn’t particularly shiny and in some cases has more of a matte finish. It has a number of small, pressed veins that criss-cross depending on the sample. The roll and press both look good with flat seams and the familiar pillow-like softness that comes with box-pressed cigars. The foot of the cigar is mild and floral, and it takes some back and forth between my two nostrils to find the delicate aroma that the Ritmo offers. The cold draw is a touch loose on the first sample and quite mild, offering a bit of buttered popcorn that has cooled as its main note. The second sample is a touch looser and even more mild, while the third is the tightest of the bunch with a profile that is a bit heavier than the popcorn found on the first sample.

I’m not surprised that the AVO South America Ritmo Torpedo Largo has some pepper to it, but I am surprised by how quickly it comes on after the cigar is lit and how punchy it is to the senses. Early retrohales do the better job showing its strength, but it’s well before the cigar has burned half-an-inch that the palate is getting its fair share. Underneath the pepper is a smooth and almost creamy undertone that seems a bit under matched, though there’s nothing inherently wrong with it. Each puff generates a good volume of smoke, while the cigar has burned well, especially in terms of how well the ash holds. A bit of caramel sweetness comes through the aroma in the transition to the second third, making for both an interesting and sensory pleasing transition. 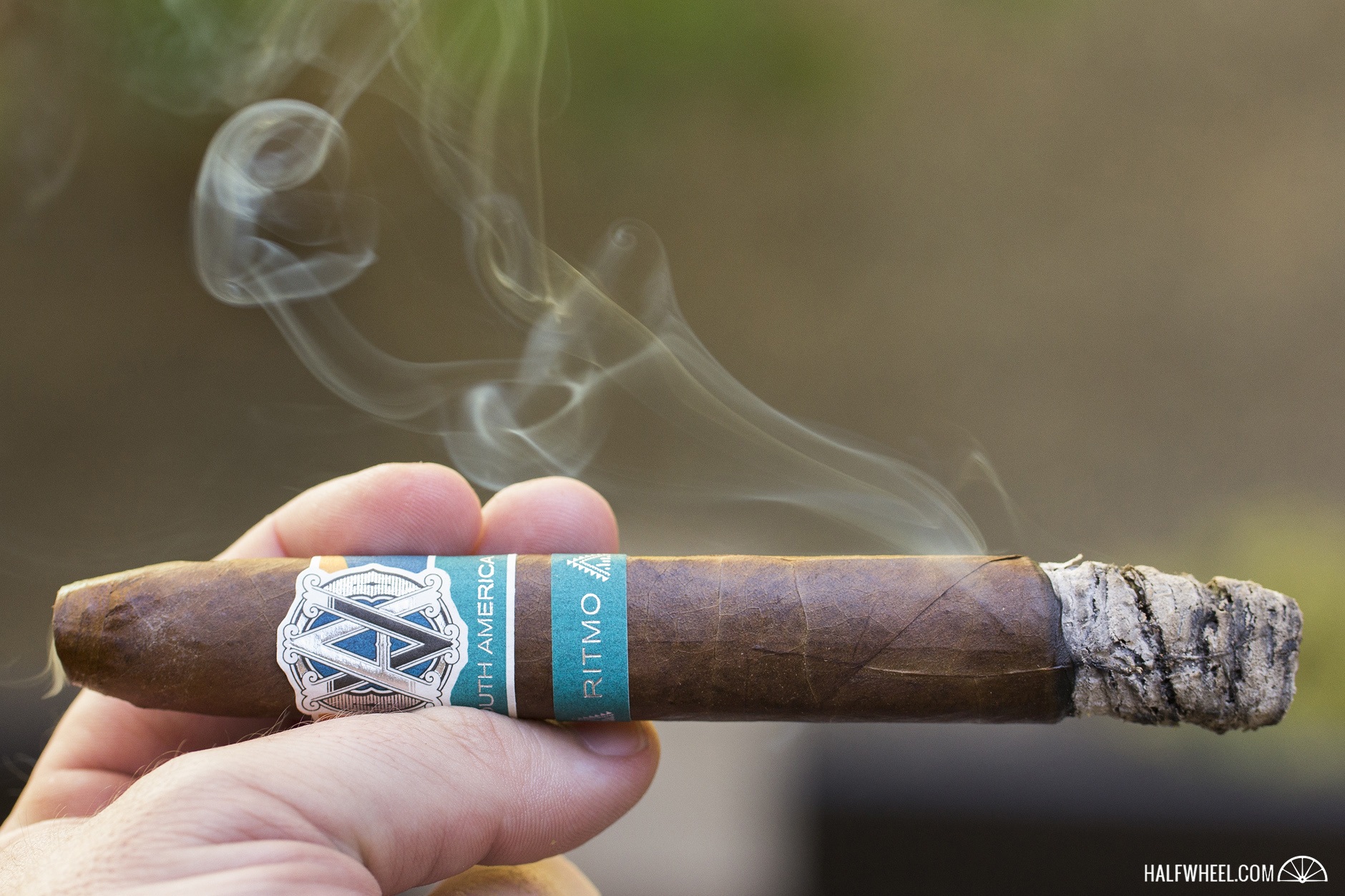 As the AVO South America Ritmo Torpedo Largo moves into its second third, the flavor starts turning more robust, as while the pepper holds in terms of strength, the creaminess falls away, replaced by a dry, clay-laden background that suggests earthiness but is fairly far away from what you might think of based on Nicaraguan or Mexican tobacco that shares the descriptor. There’s a bit of light roast coffee that leads a transition into dry lumber, which picks up a bit of char before long. The tail end of the second third sees the flavor shift to become much more robust as the pepper turns rougher and a more traditional earth-laden base emerges. While the physical sensation imparted by the Ritmo changes, the strength hasn’t moved much if at all, staying in the medium to medium-full range. There’s another transition in store as the AVO South America Ritmo Torpedo Largo gets into its final third, taking a step towards even more robustness, but the dry lumber has gained some juiciness and takes on a slightly damp cedar character that can lean into fresh cut firewood, giving the profile more complexity and depth. Retrohales continue to be bright and punchy with pepper, which isn’t as heavy as it had been earlier and now has a bit more of a jalapeño spin with a lingering red chili flake finish. A bit of heat comes in to close out the cigar at a bit over two hours of smoking time. 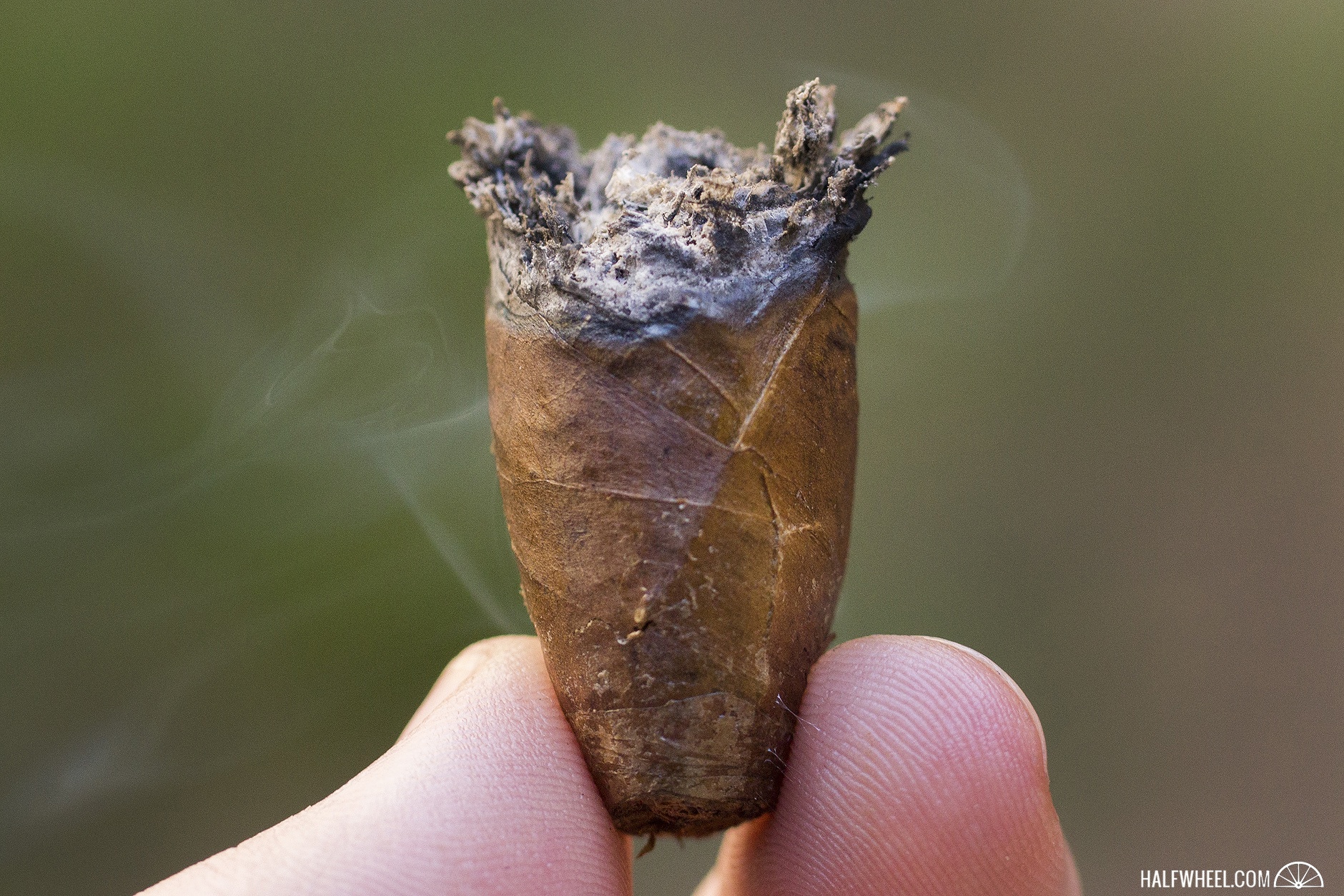 This latest entry into the AVO Syncro line is an enjoyable cigar to smoke, though after three for this review, I found myself struggling to jot down the kind of specific flavors I look for from a cigar. While the cigar is good on the whole, it feels as if there might be a bit too much trying to happen, and as a result, the better parts of the cigar don't get to happen. With tobacco from seven countries being used, I found myself searching for flavors in the resulting stew other than the cigar presenting focused, distinct flavors. The premise of the cigar is interesting, the result a bit less. I'd have no issue smoking this going forward; hopefully future encounters deliver the complexities and combinations that the spec sheet promises.